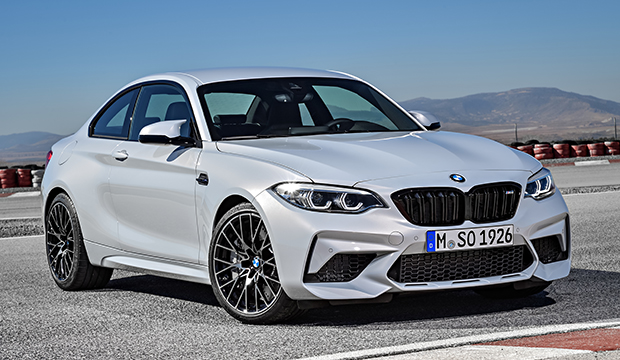 Shoot: does it get the engine from the M3 and M4?

This BMW you see here in official pictures is the new M2 Competition that’s set to make its world premiere at the Beijing motor show next week.

As a result, the M2 Competition is 40hp more powerful than the regular model, which employs the N55-designated block of the same size but with just one turbo. Apparently, extracting more power from this motor of the stock M2 is now harder to do.

BMW says the M2 Competition accelerates from 0-100kph in 4.2sec, a tenth of second faster than the base car. That’s for the one equipped with seven-speed dual-clutch automatic; the six-speed manual is 0.2sec shy of the mark. 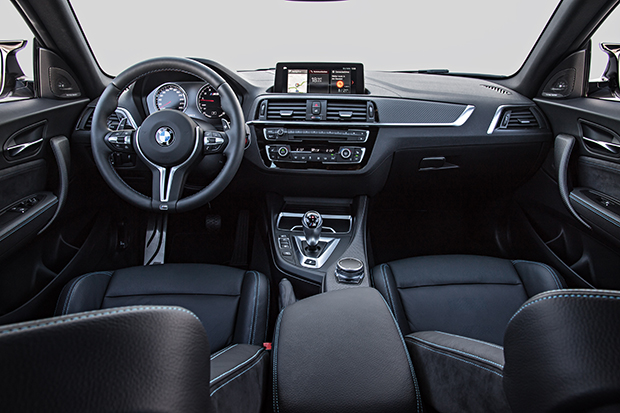 Is it lighter than the normal M2?

No it isn’t, if you take BMW’s weight figures into consideration. The M2 Competition tips the scales at 1,575kg, 55kg more than in the normal model probably due to added components.

In order to handle the increased performance, the M2 Competition gets the CFRP strut bar and towers from the M3 and M4 to help give the front end even more bite. There’s also a new M Sport brake system housed within new 20-inch wheels.

The settings of the suspension, steering and rear differential have also been slightly altered to suit the M2 Competition’s driving performance.

For the first time, the driver can tailor the driving modes and use the pre-selected settings by directly pressing a button on the steering wheel. Additionally, the M2 Competition is said to feature a more thrilling noise thanks to active exhaust flaps.

Visually, BMW has given the M2 Competition darker shades on the bigger kidney grilles and new skirt design. Inside, there’s a new instrument panel and sports seats, plus more carbonfibre trim. 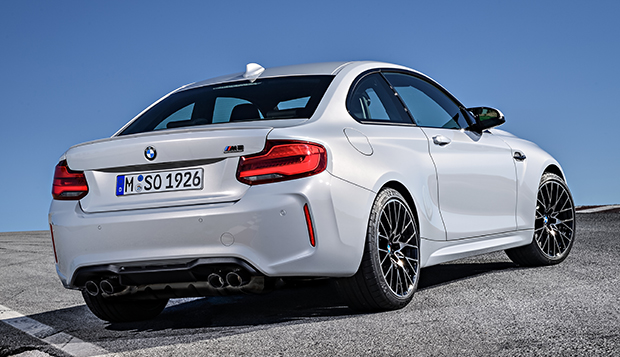 Could there be a CS version of it?

Everything is possible, even in the business of high-performance cars, because makers can maintain sales momentum of their particular products with more special variants.

If you look what has happened in the bigger M4, the Competition Pack (more spice and sharper handling) was followed by the CS (standing for Club Sport, with not only lighter weight but more oomph).

Wildly guessing, a CS version could appear in the M2 when it nears the end of its lifecycle in less than three years. By that time, the next-gen M3 and M4 could be getting more power, so a 431hp lightweight M2 isn’t really a fantasy.

BMW hasn’t discussed pricing yet for the M2 Competition, although potential punters should be setting aside another million baht over the normal one, which currently goes for 5.939 million baht. 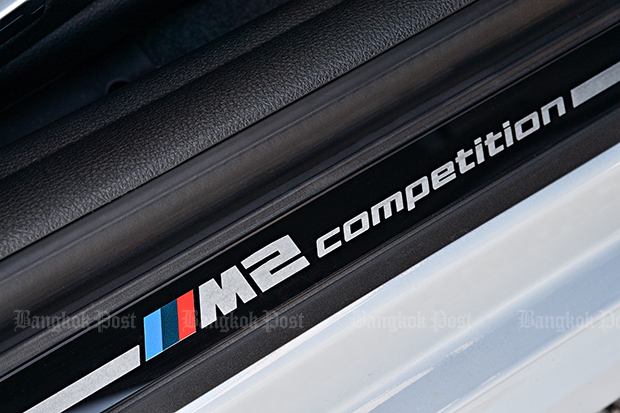