Is it merely a four-door version of the Conti?

Broadly speaking, the Flying Spur from Bentley is basically a sedan (or limo, if you prefer) variant of the two-door Continental GT, itself already having spawned the open-top Convertible.

What you see here in official pictures is the all-new Flying Spur which, like the two Contis, is now its third generation. Naturally, the Flying Spur has a longer body, more doors and different rear end.

Notable changes on the skin include front grille with vertical slats, Flying B mascot on the bonnet, new wheels measuring either 21in or 22in and accentuated rear wheel arches.

There’s more legroom inside now, thanks to a 130mm longer wheelbase. Like in the Conti, the Flying Spur has digital instrument panel and rotating 12.3in infotainment screen.

Bentley is also hollering three-dimensional leather inserts on the door panels inspired by those used in the EXP 10 Speed 6 concept car. 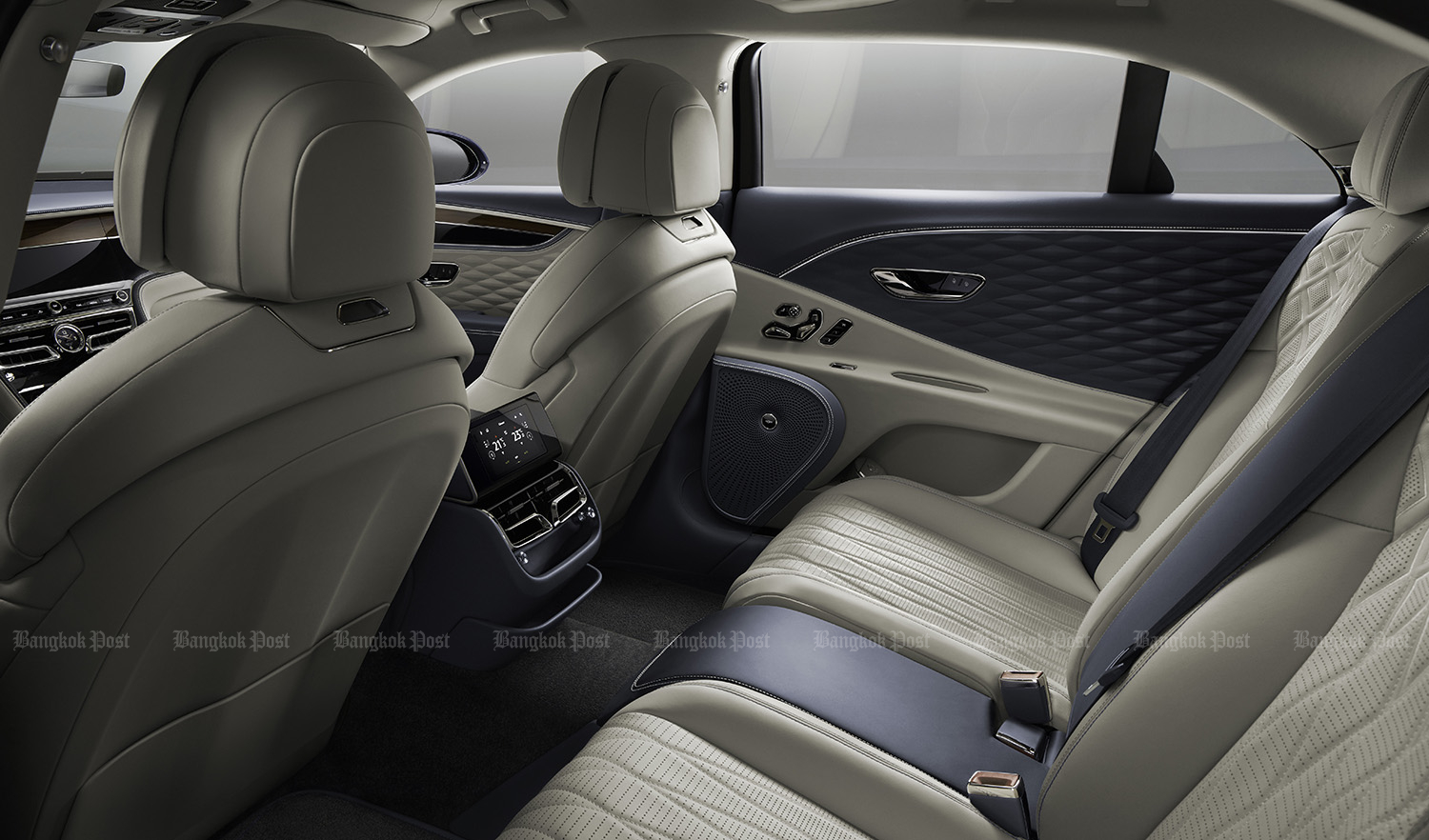 As Bentley and Porsche are both part of the Volkswagen Group, it was imperative that some things need to be shared.

The common bits include the basic platform, three-chamber air sus, all-wheel drive and, for the first time in a Bentley, four-wheel steering to make driving at low speeds easier and cornering at faster paces with more confidence.

And when is that Ghost gonna be renewed?

The Rolls-Royce Ghost is now aging fast in its current generation meaning that a new-generation model shouldn’t be that far away from making some kind of maiden appearance.

Like before, Bentley is billing the Flying Spur as a luxury car blending comfort and sportiness; the Ghost is naturally more about effortless performance and rolling refinement. As well, the Flying Spur is usually two-thirds the price of the 30 million baht Ghost.

Although not exactly true rivals, some in-group competition comes in the form of that Panamera when powered by the 550hp Turbo and 680hp Turbo S E-Hybrid and tailored in long wheelbase Executive form.

Expect order books for the Flying Spur to start later this year before first deliveries start in early 2020.