The brand’s first mass-production battery electric vehicle will have a driving range of 200km. 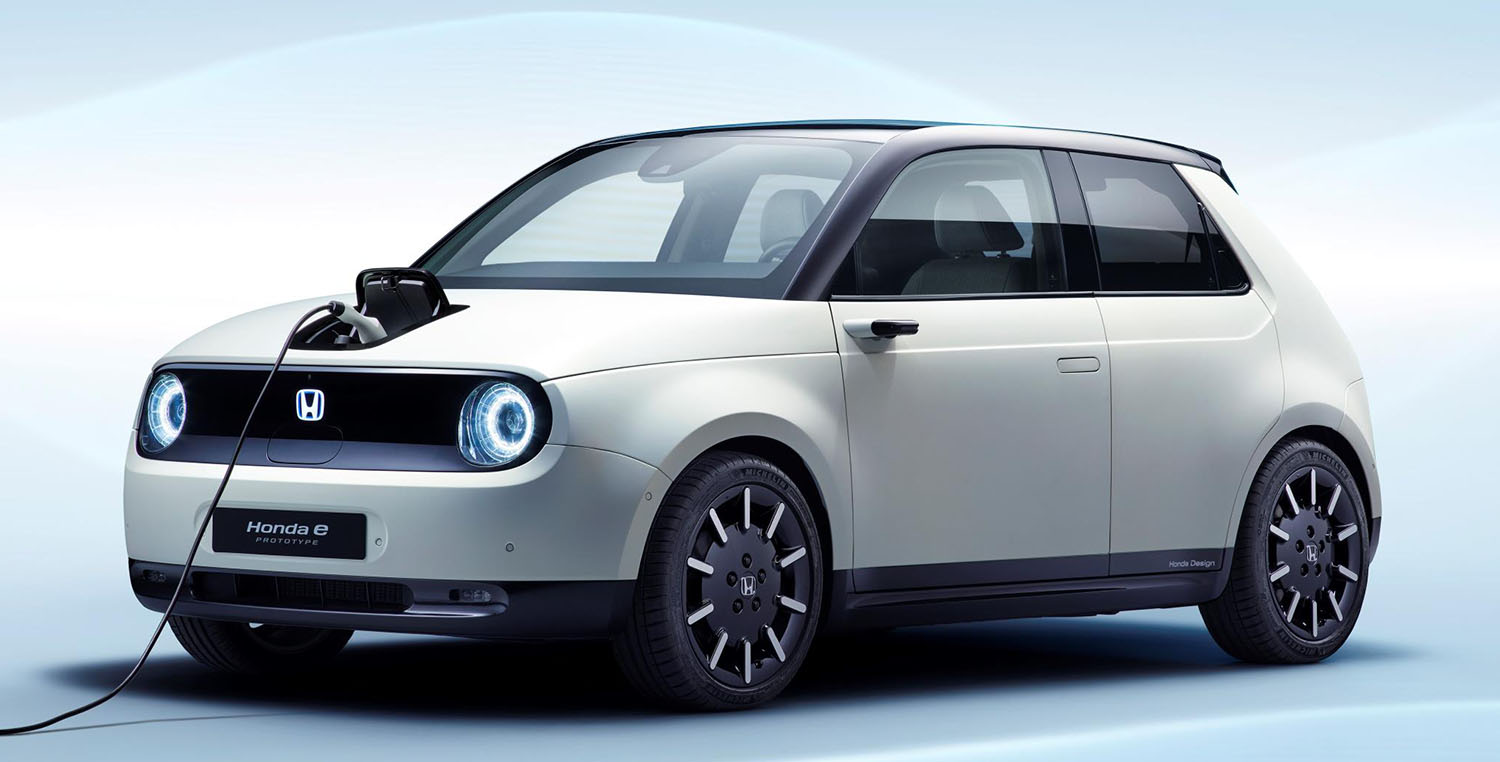 After revealing a near-production model of its first series production battery electric vehicle at the Geneva motor earlier this year, Honda has announced some preliminary specs for the so-called e.

Due to make its dynamic debut at the Goodwood Festival of Speed in the UK next month before appearing in showroom-ready form toward the year’s end, the e will be built on a dedicated platform for Honda’s range of BEVs.

The electric motor is placed behind driving just the rear wheels. Honda claims a responsive driving experience thanks to a 50:50 front/rear weight distribution. See the details in the accompanying diagram officially handed out by Honda below.

And yes, the claimed driving range of 200km may not sound that remarkable by today’s standards of BEVs, some of which are now capable of 400-500km.

But let’s not forget that the e is an A-segment five-door hatchback. Too much of battery on board translates into weight, handling and cost issues.

Honda reckons a 35.5kWh lithium-ion pack enough for 200km is a nice balance for most driving needs of potential buyers. 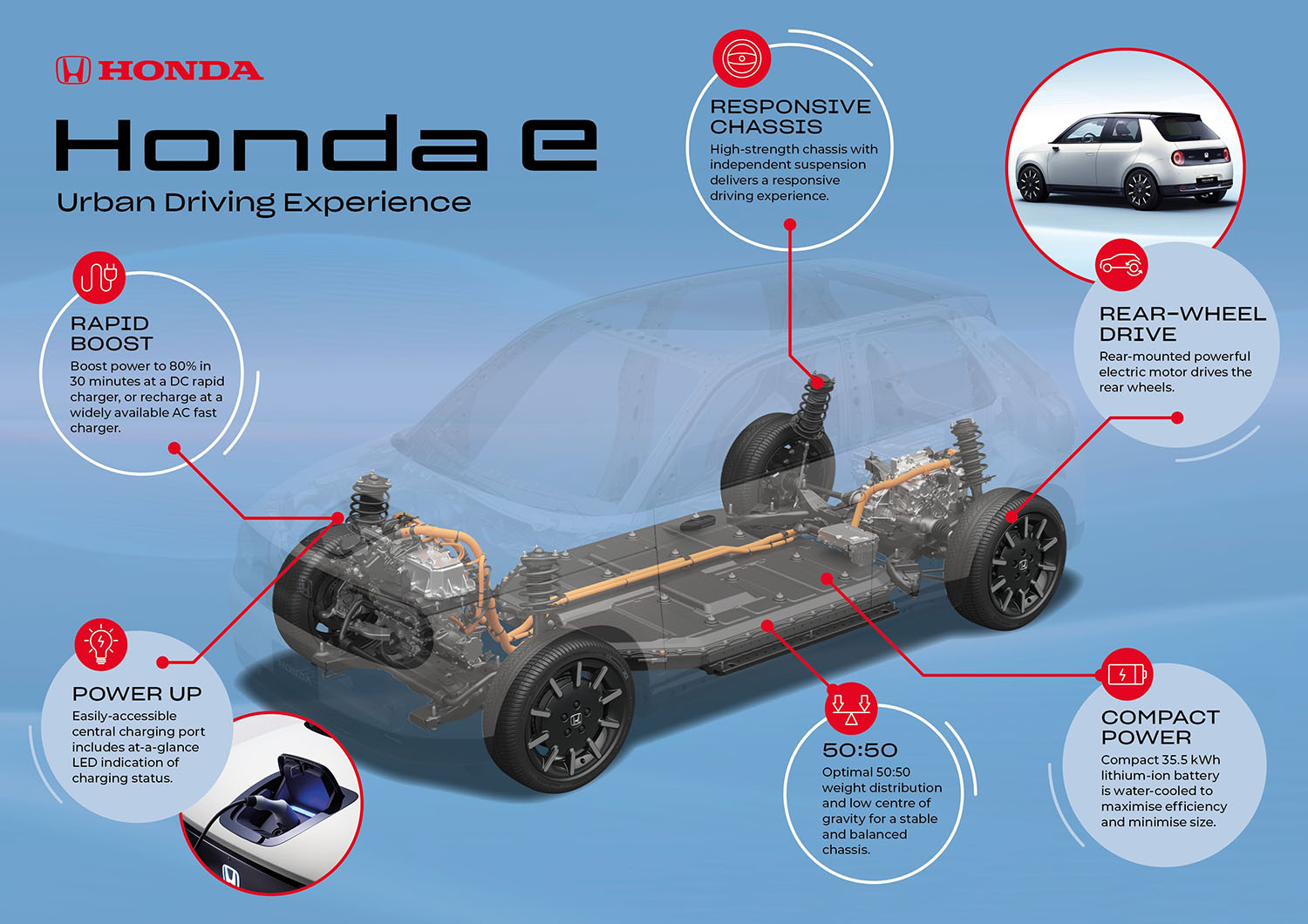 Some time ago, Honda and Toyota have expressed no intention of building BEVs in Thailand under promotions being handed out by the Thai government. But that’s only in the short to mid-term.

Although the Thai Honda office is still mum about this, there might be a chance to see the e being sold as a completely built-up import like the Hyundai Ioniq Electric and Kona Electric, plus the Nissan Leaf.

Pricing for the e hasn’t been revealed yet. But with such a size and tech, it could be safe to assume that the e could cost within two million baht, where the now-defunct hybrid-powered CR-Z hybrid was once priced at.

That’s the range of those aforementioned BEVs from the other brands. As for the imminent all-electric MG ZS, its projected 1.3-1.5 million baht price is the result of a cheeky free-trade agreement regarding importation of BEVs from China.

Even so, Honda could stretch the imagination of its marketing team by selling the retro-looking e with a funky image (that’s what Suzuki is doing with the combustion-engined Jimny SUV priced at 1.5 million baht). In other words, the e could sway Mini punters.

Some people at Honda think that selling BEVs in small numbers initially would also allow the maker to collect data on usage of these vehicles on Thai roads before making any concrete investment in local assembly.