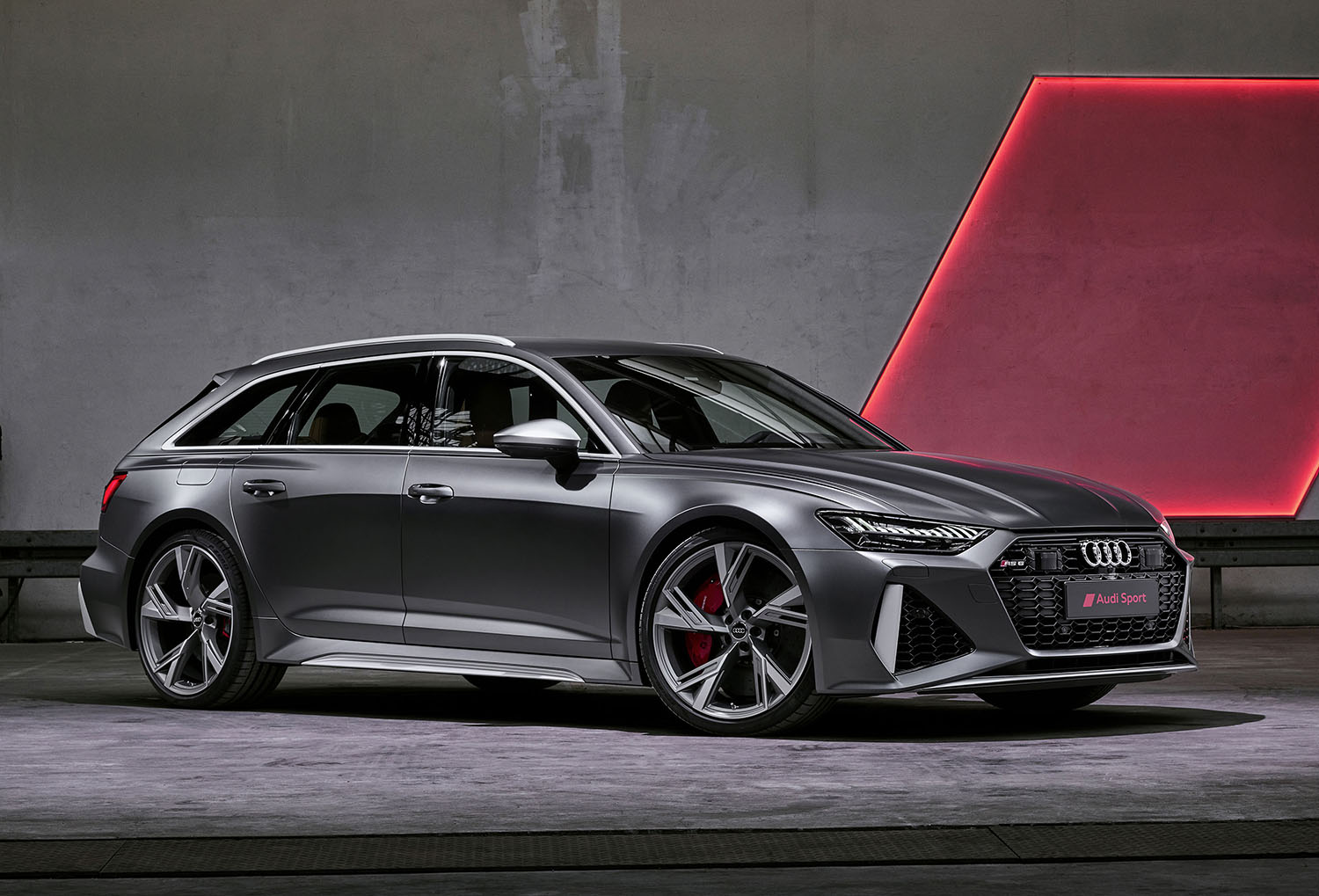 Ah, the RS in its most classic form…

After much anticipation, the all-new RS6 Avant has been revealed by Audi Sport continuing the brand’s heritage of fast estates.

For the first time, mild hybrid tech is available to provide short bursts of power of some 16hp. And together with the 48V system, four cylinders can be deactivated to decrease fuel consumption by nearly 1kpl on a combined cycle.

Transmission is via eight-speed torque-converter auto driving all four wheels. Torque of the Quattro system under normal driving is split between the front and rear axles 40:60. If necessary up to 70% can be sent to the front and 85% to the rear.

To improve road-holding, the RS6 Avant has a 20mm lower ride height than the regular load-carrying A6. At over 120kph, the suspension can be lowered by a further 10mm. On the other hand, the height can be raised by 20mm when driving at low speeds around town.

Distinctive design elements in the RS6 Avant include shiny black grille, power dome on the bonnet and 21in wheels housing carbon-ceramic brakes. 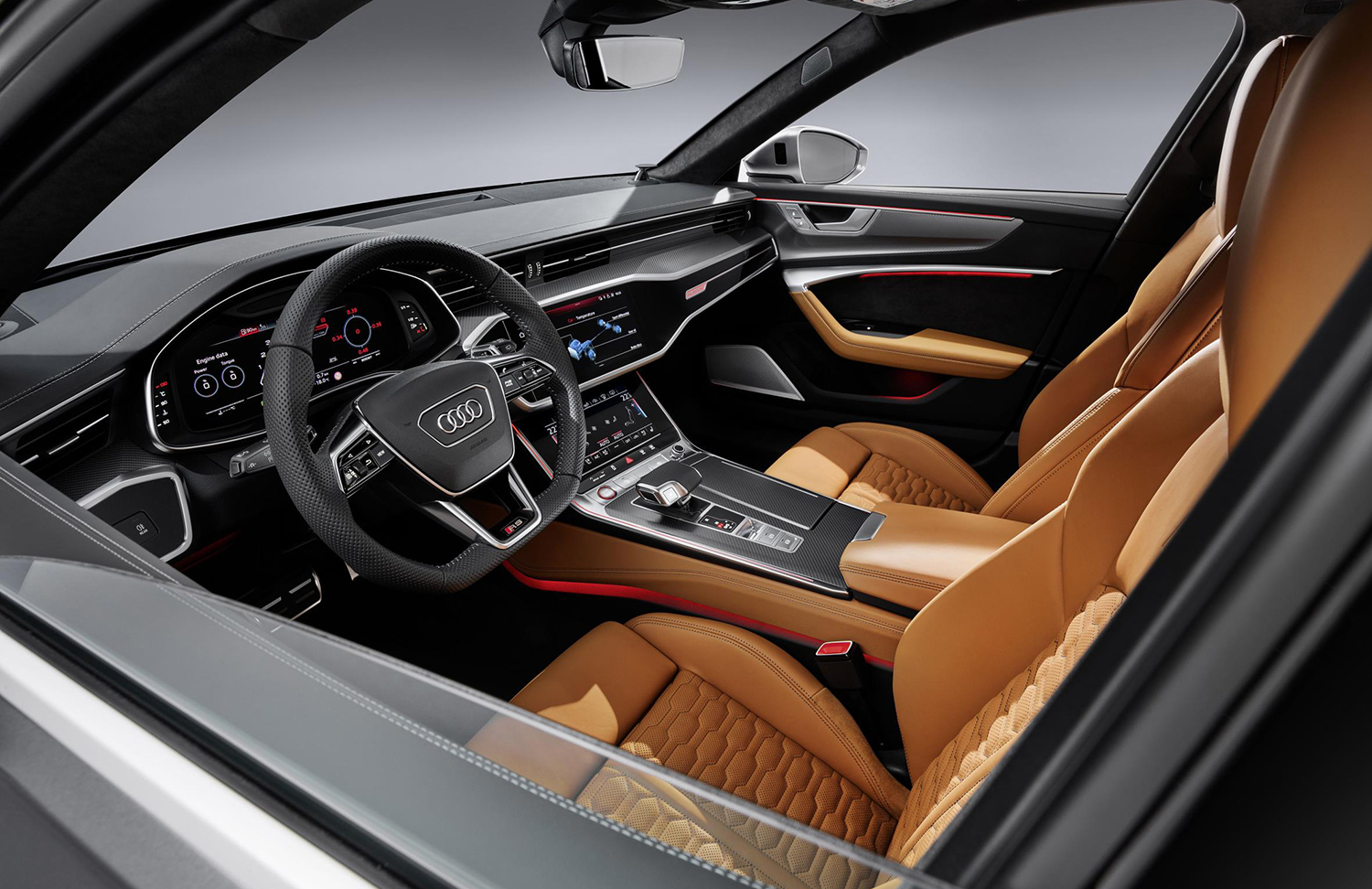 Will the Thai Audi agent be roused in selling it?

The local importer has a plan to eventually sell RS models in the country after a proper servicing for fast Audis has been established.

Of course, the RS6 Avant will serve a small niche, but it will help maintain Audi’s reputation of a maker of high-performance load-carriers ever since the RS2 of the nineties.

While BMW has yet to make an M5 Touring, Mercedes-Benz is already offering the E63 S Estate with 612hp of pure bi-turbo V8 muscle in global markets. However, only the sedan variant is sold in Thailand at some 12 million baht, the expected price range of the RS6 Avant.

Another rival for the RS6 Avant is the Panamera Sport Turismo Turbo S E-Hybrid from sister-brand Porsche. But the 680hp plug-in Panamera goes for over 20 million baht in Thailand.