Meet the BEV to be had at the moment thanks to tax advantage. 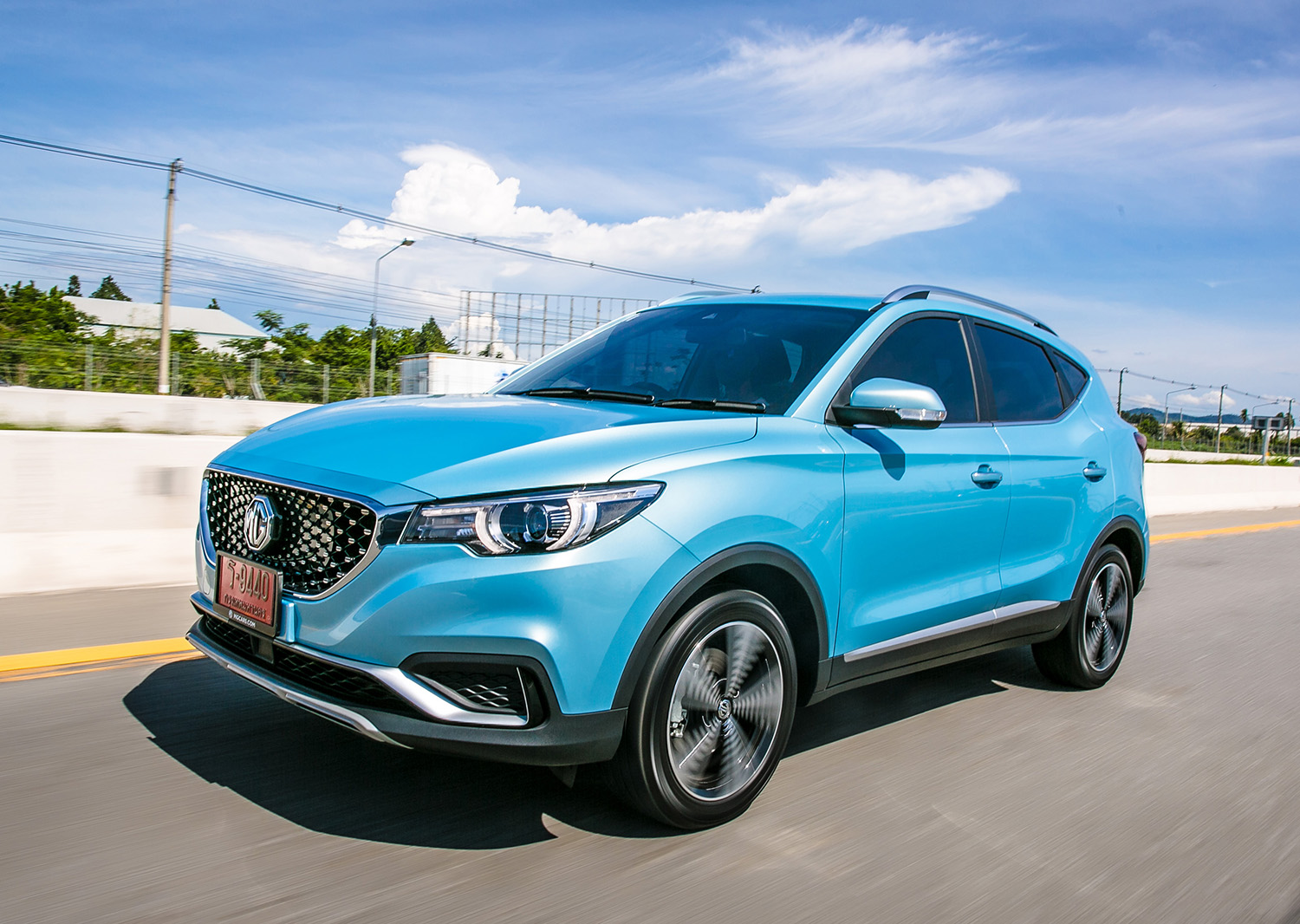 MG Sales Thailand has introduced a battery-electric version of its core-selling ZS compact SUV. It’s the first BEV for the Chinese-owned British brand.

Priced at 1.19 million baht, the ZS EV comes with 150hp electric motor driving the front wheels, 44.5kWh lithium-ion battery and can travel on one charge for 334km under the NEDC driving mode.

The ZS EV is around 200-300k dearer than the combustion-engined model, which has a dated 114hp 1.5-litre petrol engine and four-speed automatic transmission.

The closest rival to the ZS EV in the Thai car market is the Hyundai Kona Electric, which is being sold with the choice of 136hp and 204hp drivetrains priced at 1.849 million and 2.259 million baht respectively.

While the Kona Electric is shipped straight from Korea facing import duty, the ZS EV comes from China tax-free under a deal between the two countries. Both are subject to 8% excise tax.

With a near-700,000 baht advantage in price over the cheapest Kona EV, can any potential flaws in the ZS EV be forgiven? 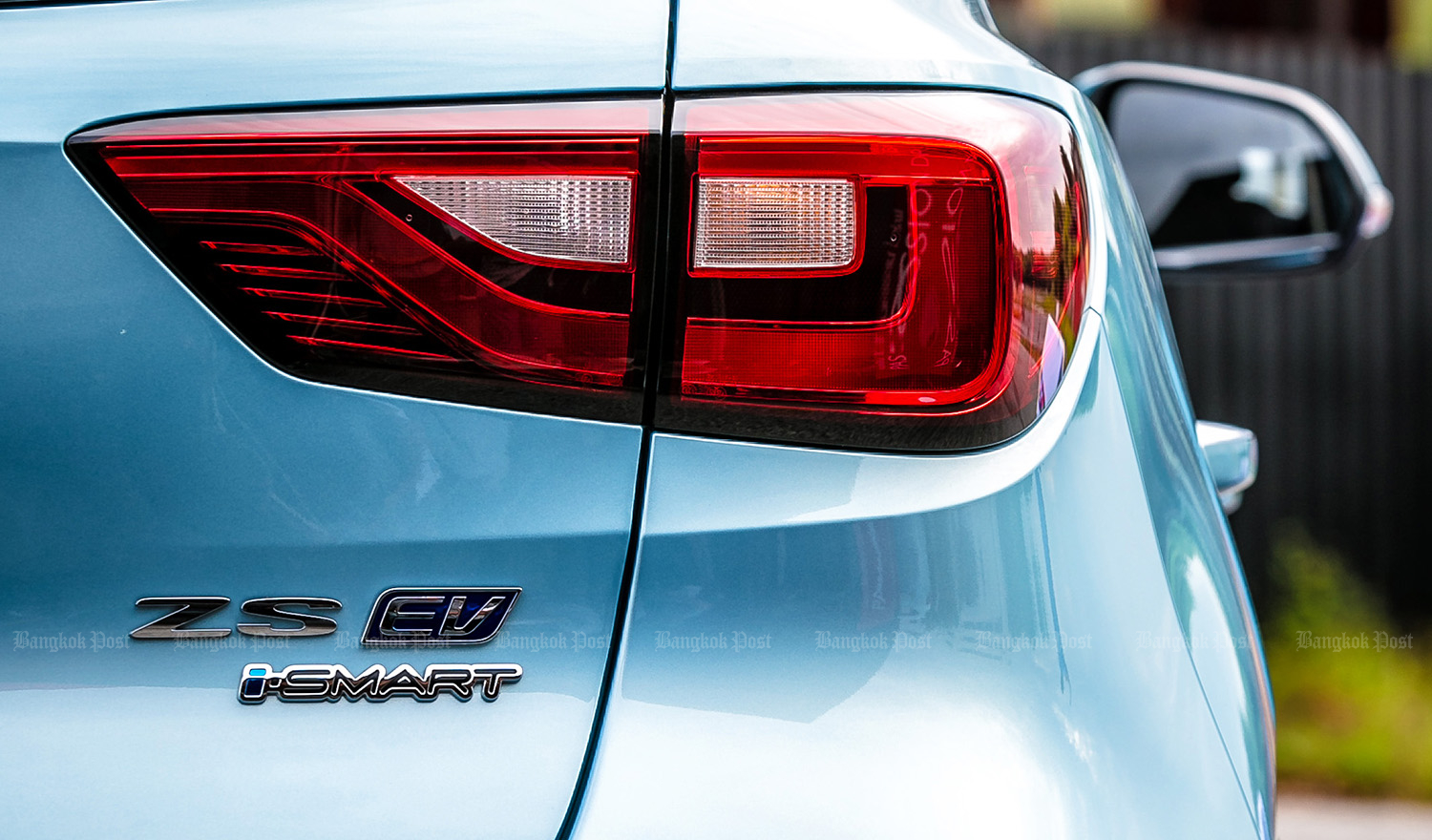 It’s very hard to find fault with BEVs when it comes to straight-line performance, for electric motors offer instant punch from idle speed with sharp response to match.

This is the case with the ZS EV. Real-world pace is never lacking making the electrical system highly tractable at all times. Like in many other BEVs, the amount of brake energy recuperation can be adjusted. Also, there’s a drive-mode selector should you want an even sportier and more responsive driving style.

The 150hp power rating sounds sensible because only the front wheels are driven in the ZS EV. More than that and the tyres would probably struggle in vain for traction, like in the 204hp Kona EV.

Thanks to a relatively big B-segment package and footprint, the ZS not only scores on interior space but road-holding ability as well. Despite weighing over 200kg more than the combustion-engine model, the ZS EV still handles intuitively thanks to the battery pack being located lowly beneath the cabin floor. The ride, too, is mostly absorbent and comfortable on Thai roads.

As the ZS EV has been tailored as a global model, it comes with 10 driver-assist features, generous amounts of soft-touch plastics and seats that are both cushy to sit in and stitched nicely. 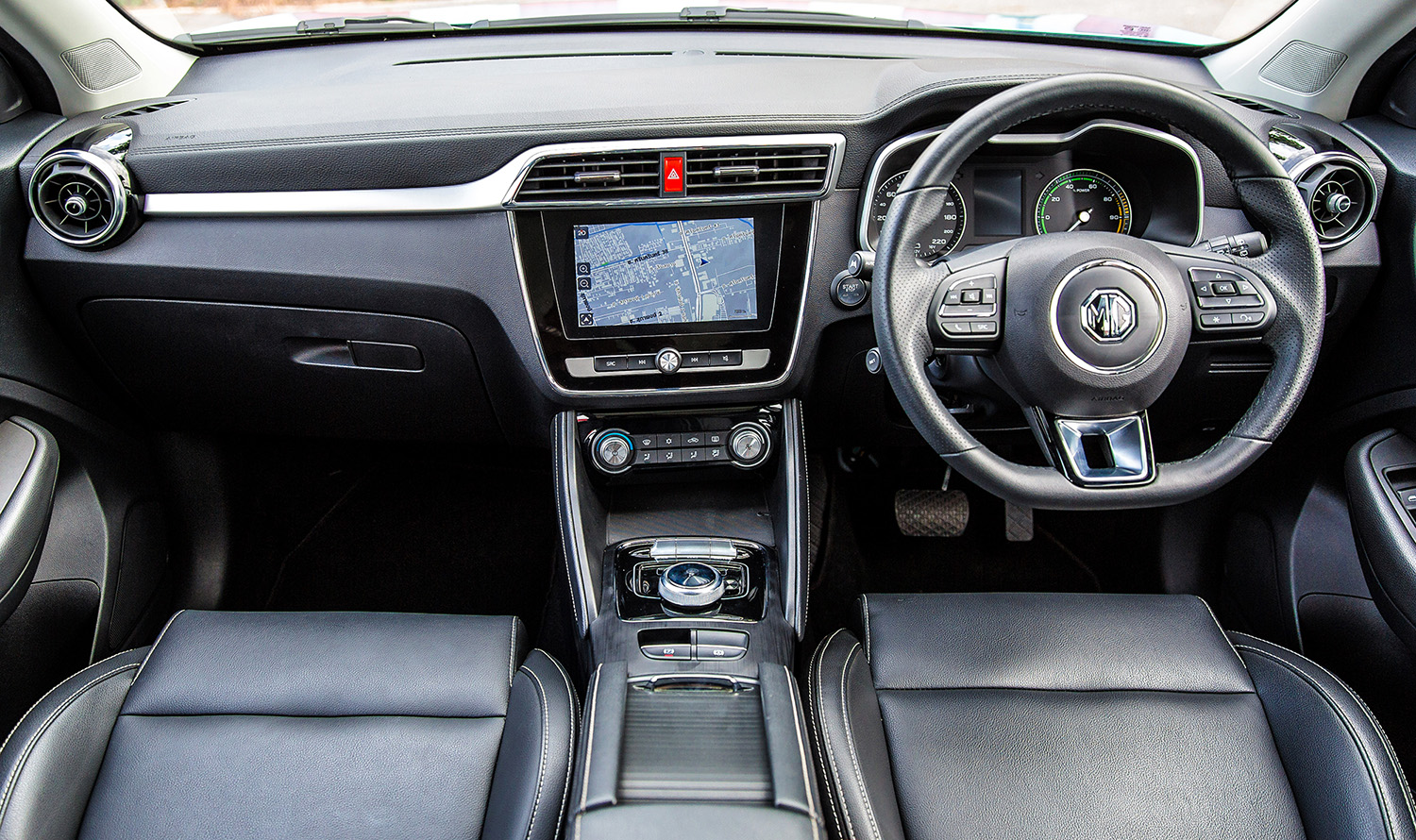 MG wants to make the ZS EV easily identifiable on the road, so it is offering only one look: light blue exterior colour with 17-inch windmill-like wheel design.

Because the BEV is still a new thing at the moment, many will be quick to point out that charging stations aren’t aplenty enough.

MG says there are now around 350 points around the country. And since CP runs the show for both MG and 7-Eleven in Thailand, more quick-chargers will be available at convenient stores in the long run. Nice strategy, you could say then. 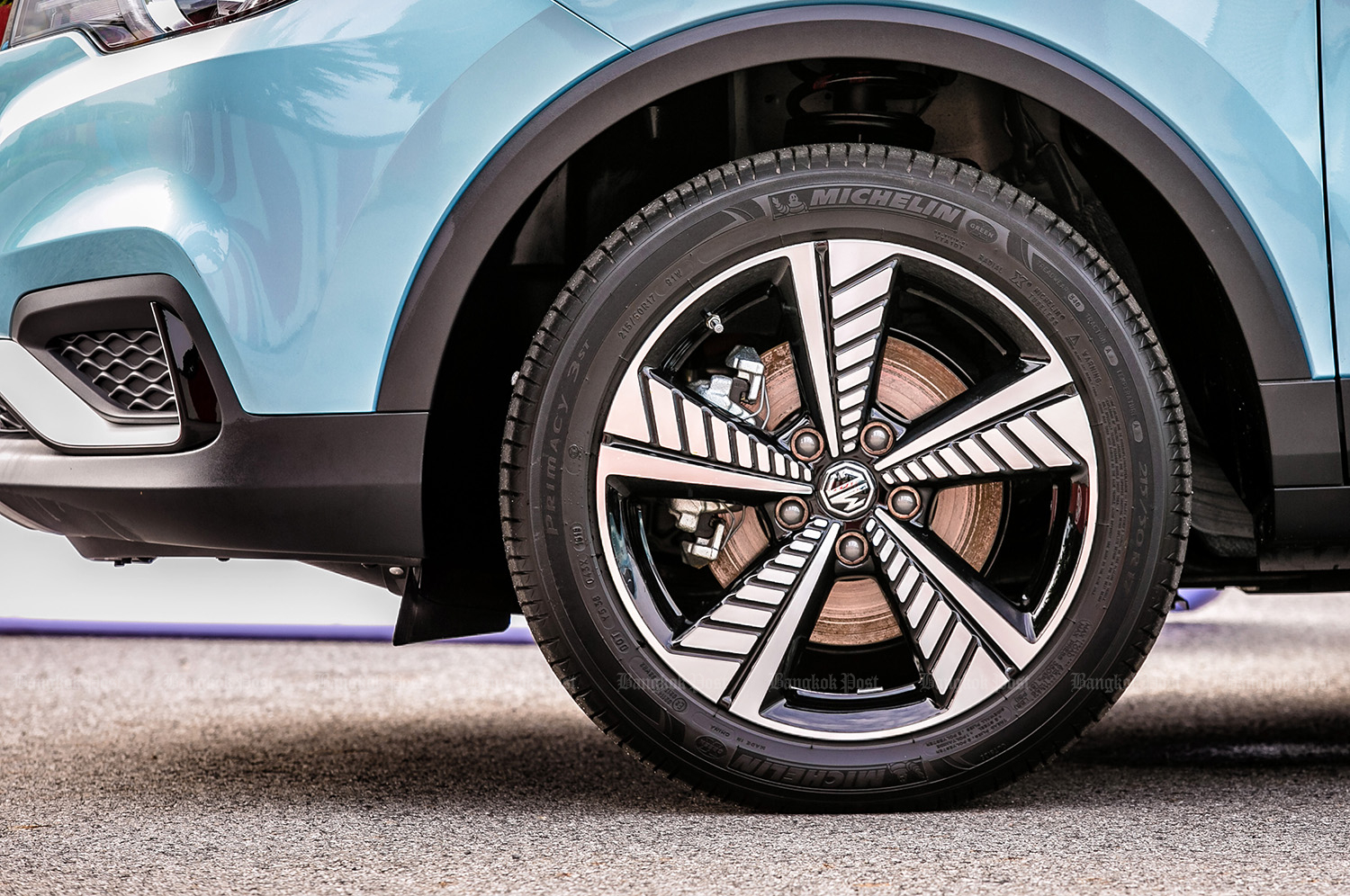 When the ZS first came to Thailand, we praised its competitive package and decent road manners but were turned off by the lack of performance.

This electric powertrain instantly rectifies the problem and helps add up to some driving fun. But that comes at a price premium, as stated earlier. Which is probably why the 1.5-litre version will still attract price-conscious buyers.

But when compared with things alike, the ZS EV is a winning BEV in Thailand at the moment in the mass-market front. It’s quick, steers easily, rides nicely, has a roomy interior and, crucially, is priced realistically.

And at such a price, the ZS EV has enough product substance to lure buyers away from top-spec, combustion-engined, B-segment SUVs like the Honda HR-V, Mazda CX-3 and Toyota C-HR.

The ZS EV is possibly the best MG to be had at the moment in Thailand. 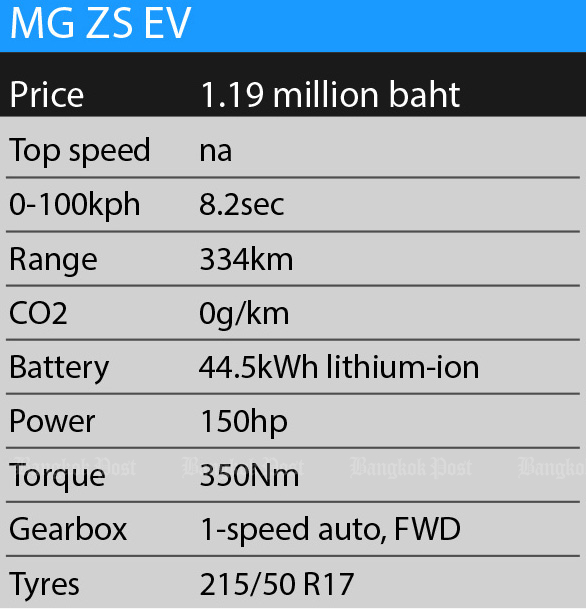