Toyota has created a new racy spec for its latest Civic fighter. Can it work? 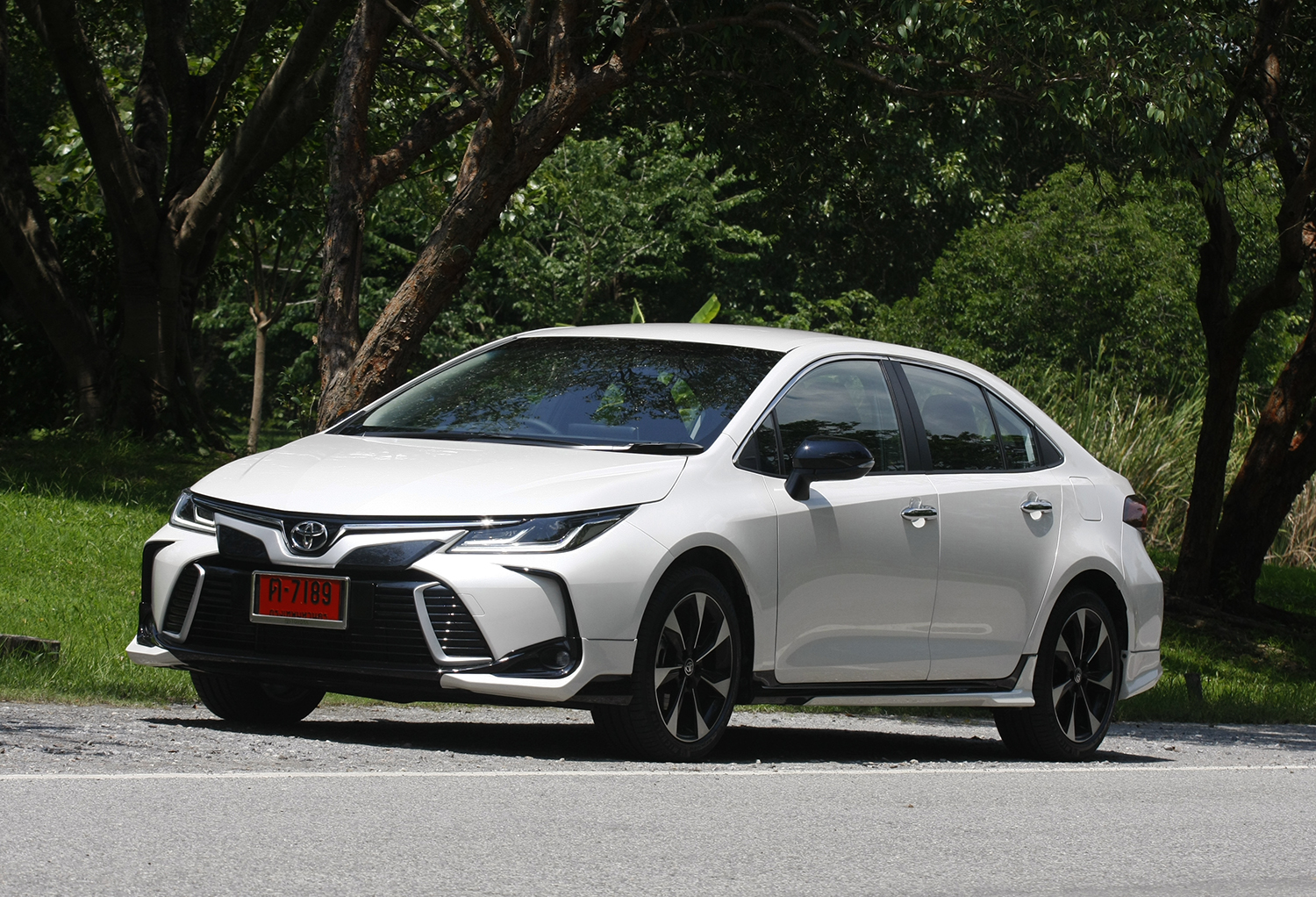 It’s only recently that Toyota Motor Thailand has begun offering various model ranges that are easier to choose from.

Take a look at the latest generation of the Corolla Altis, as one example. In the past, if you wanted sporty allure, there was the Esport or TRD Sportivo version to choose from.

Now, there isn’t either because Toyota is keen in promoting the newly created GR Sport spec. As you can expect, there are racy things like skirts, a small rear spoiler, an aggressive-looking face and bespoke 17-inch wheels. There’s also a sporty leather upholstery inside. 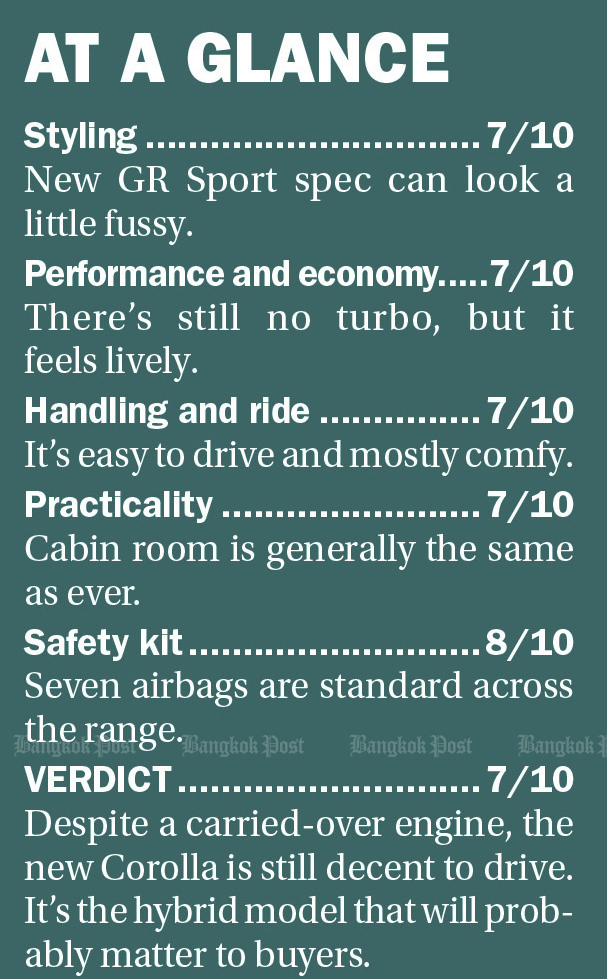 In an apparent bid to keep things as simple as possible, the GR Sport is the only variant in the Corolla range to come with the 140hp 1.8-litre petrol engine, as tested here at 999,000 baht.

Sure, many price-sensitive buyers will find the 125hp 1.6-litre variance sufficient at 869,000 baht, while those with fatter wallets would definitely peruse the new 122hp 1.8-litre petrol-electric hybrid sold between 939,000 to 1.099 million baht.

This clearly means that anybody going for the GR Sport must like things racy in appearance, isn’t short on money and has yet to embrace hybrid technology. And there are only two modern-day rivals that can play a similar role: Honda Civic VTEC Turbo and just-launched Mazda 3. 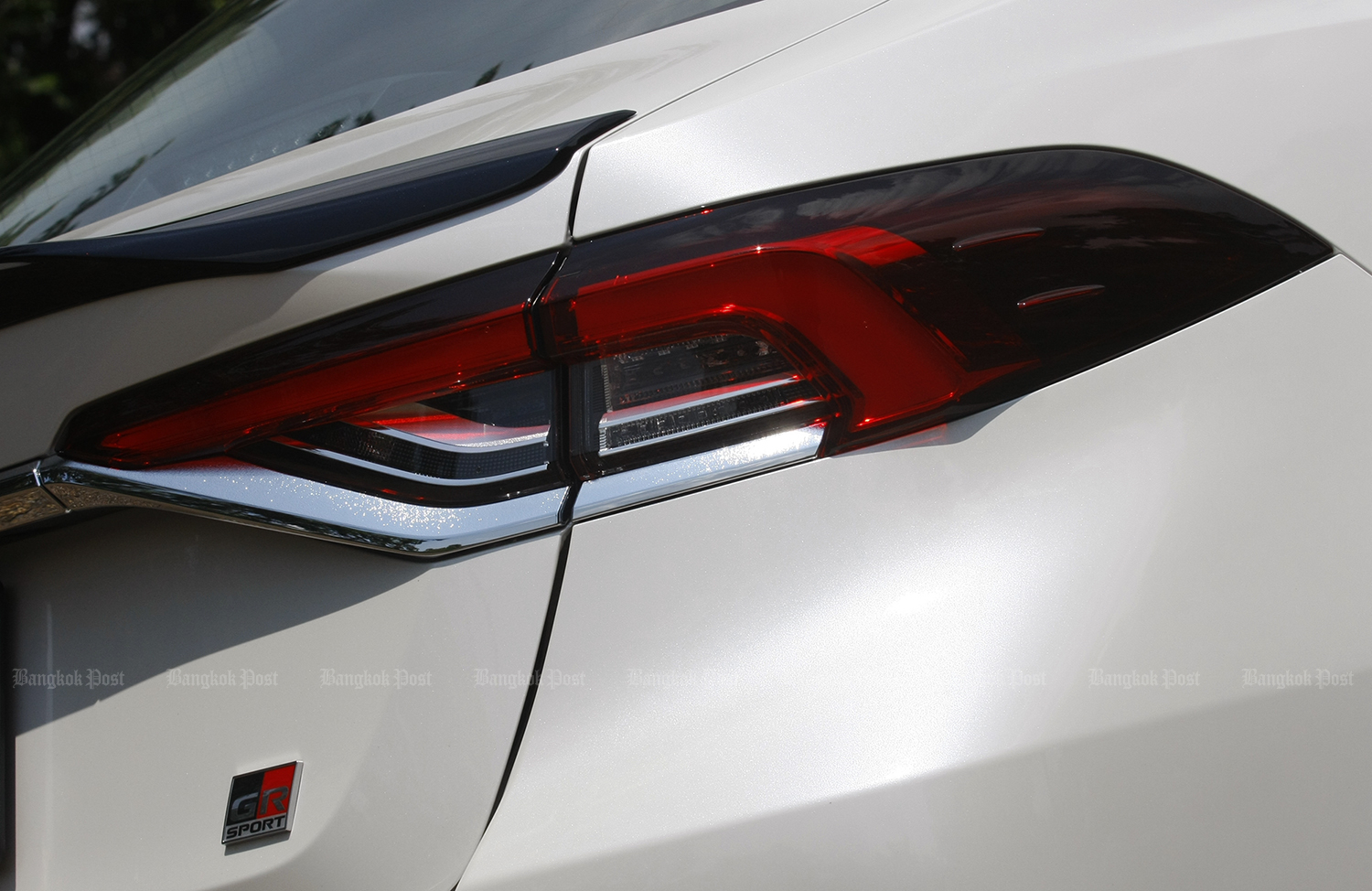 Which brings us to the first test: does the Corolla look handsome in GR Sport uniform? Make it like this. Those sporty accents may not be to all eyes, but they do truly distinguish the GR Spec from other Corollas.

Continuing with subjectivity, those two aforementioned competitors do look good on their own with the Civic championing its arrow-like profile for many years already and the 3 carrying on its European-esque appeal. Be your own judge.

The Corolla’s interior has changed considerably when compared with its predecessor’s. There’s a new freestanding touchscreen that’s easy to use but set too high on the dash.

But the fascia design is now tidy and spot on ergonomically contributing to a mostly natural driving position, made better with a comfy seat. Soft-touch plastics have now arrived into the Corolla’s cabin to help lift perceived quality. 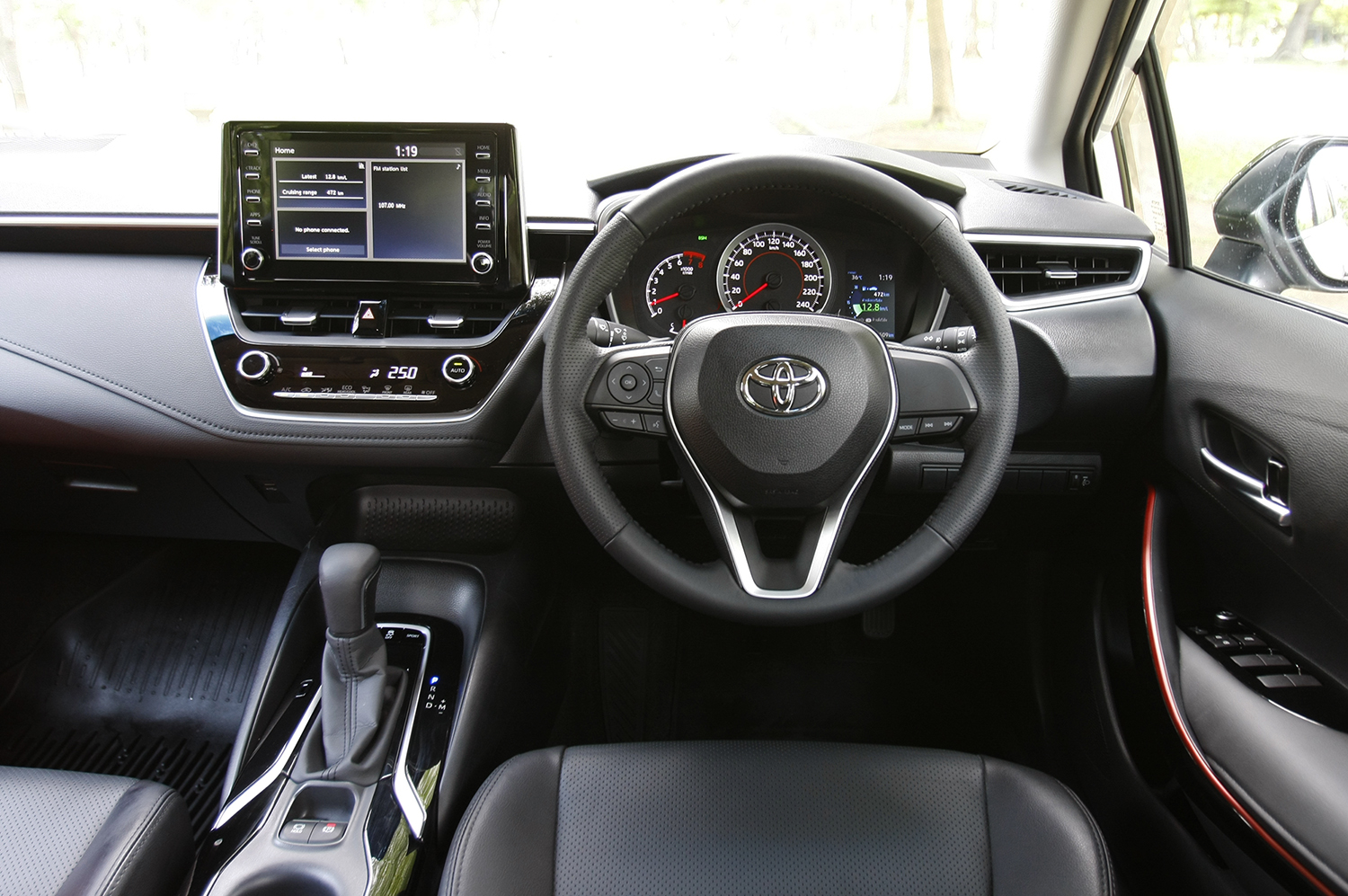 The Corolla sits on the brand’s latest TNGA platform but with the same 2.7m wheelbase of the previous model. Even so, space isn’t (and was never) a problem for a C-segment sedan like this.

In fact, it’s generally on par with the competition and doesn’t need to grow because the Corolla has to sit below the Camry in Toyota’s passenger car lineup.

Having rear seats that can fold to increase boot capacity may not be a priority among many Thais, but the Corolla has them which is not always present in sedans of rival brands. 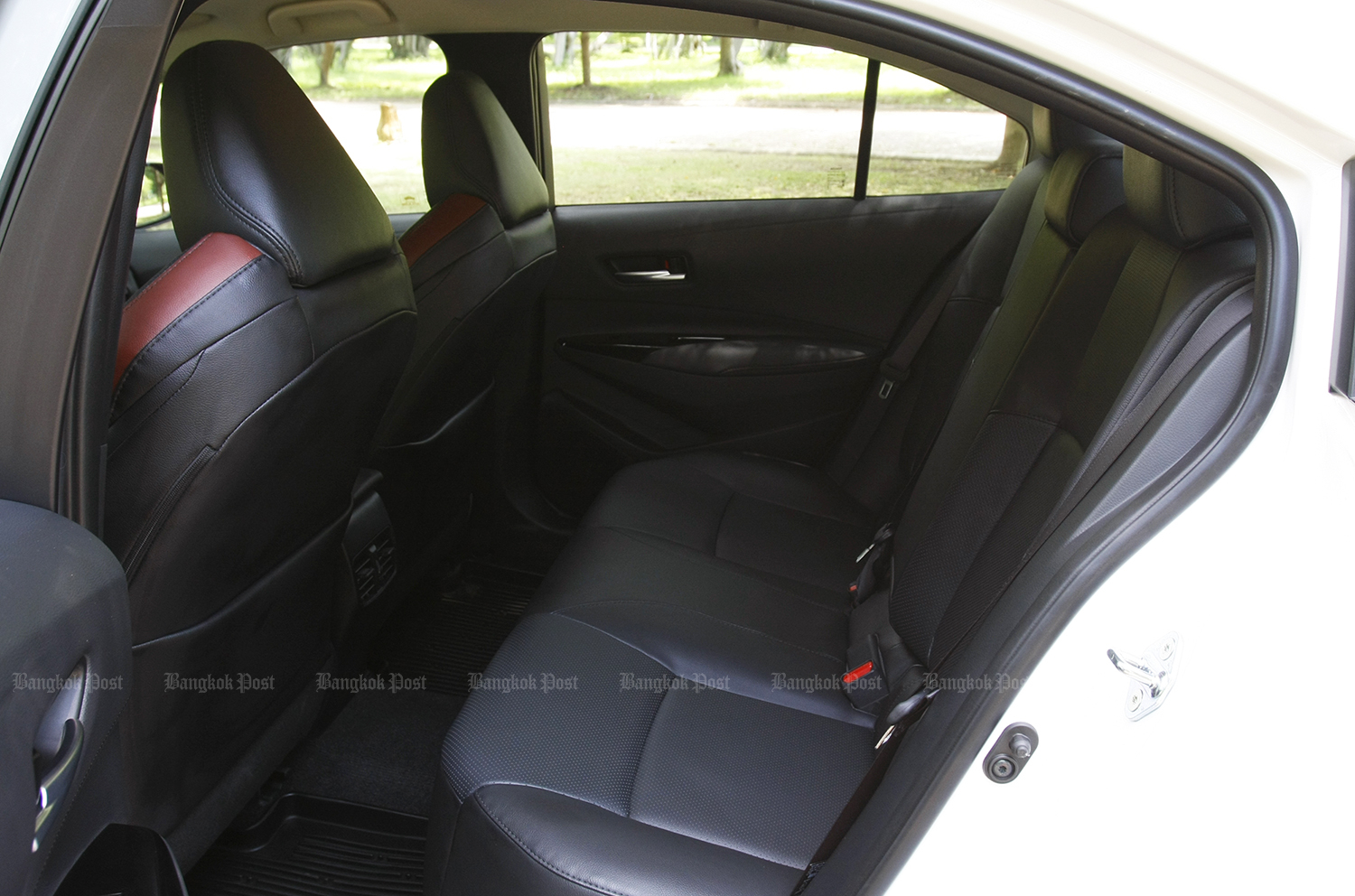 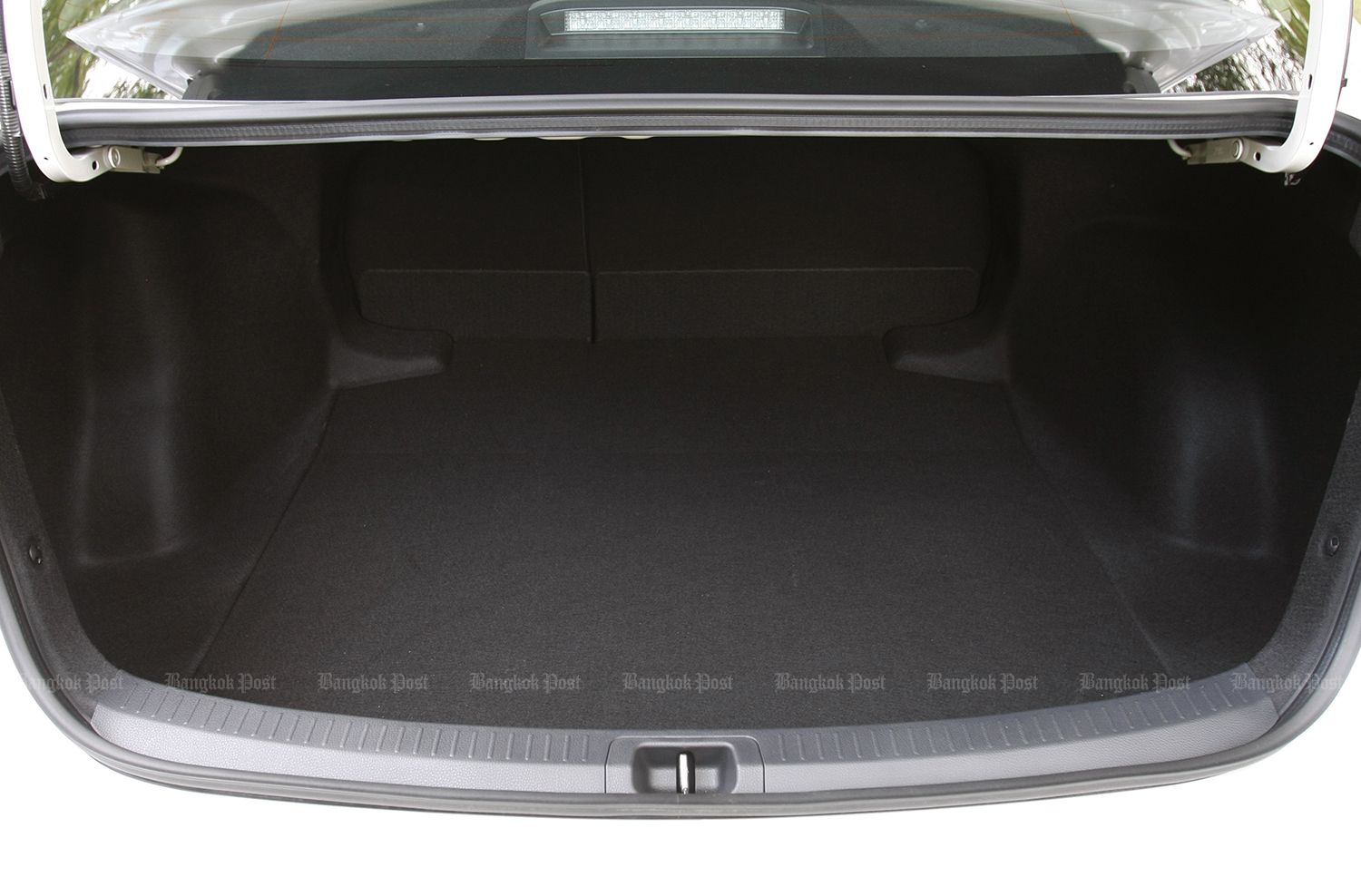 With the TNGA floorplan already proving its merits in the Camry and CH-R, the Corolla becomes the next Toyota to benefit from it. The most notable improvement is the ride which is taut and compliant on rutted road surfaces.

The Corolla handles tidily as well with arguably more front end bite than in the Civic. Around town, the Corolla is easy to place thanks to a light and direct steering.

However, the chassis doesn’t feel extra-planted to the tarmac at high speeds, where suppression of road noise could have been better too. It appears that the C-HR feels more accomplished here. 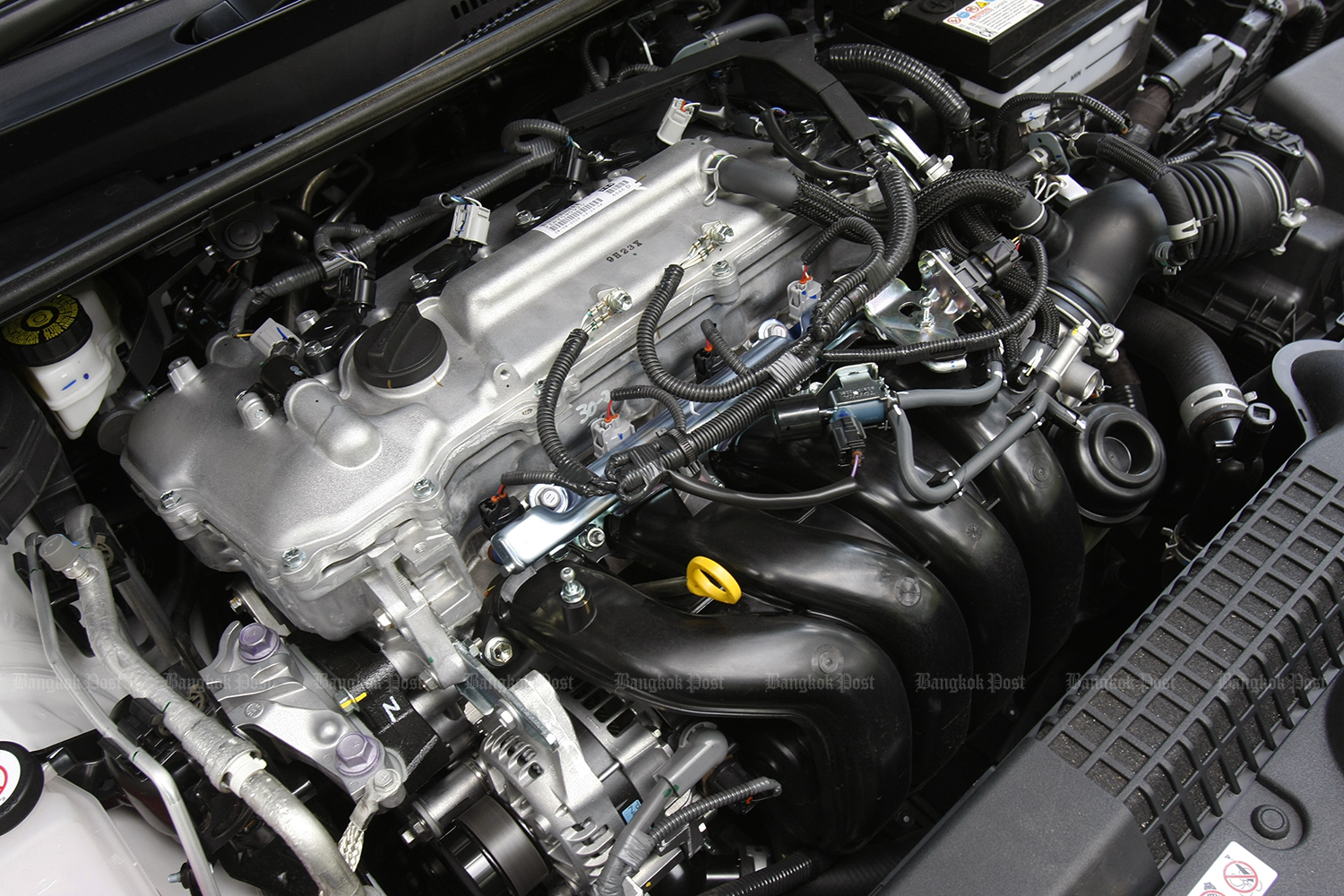 Despite the Civic now being offered with a petrol-turbo engine (including the Nissan Sylphy/Pulsar), the Corolla has yet to embrace such a motor preferring to stick with the old naturally aspirated 1.8.

Even so, the Corolla’s non-turbo four-potter still feels lively and eager, at least in pure isolation. And combined with a fine CVT automatic that shifts like a regular torque-convertor, overall performance is still commendable.

It’s only when you think about top-end rush that the Mazda 3 comes into mind, or the Civic VTEC Turbo when effortless overtaking is needed on two-lane country roads. In one way or another, it’s time for the Corolla to adopt turbo tech.

And when you combine aspects of performance with the Corolla’s other bits, the evolution from old to new appears too mild to make a big deal out of it. Yes, the Corolla displays better driving manners now, if not to a level to stand out left and right. 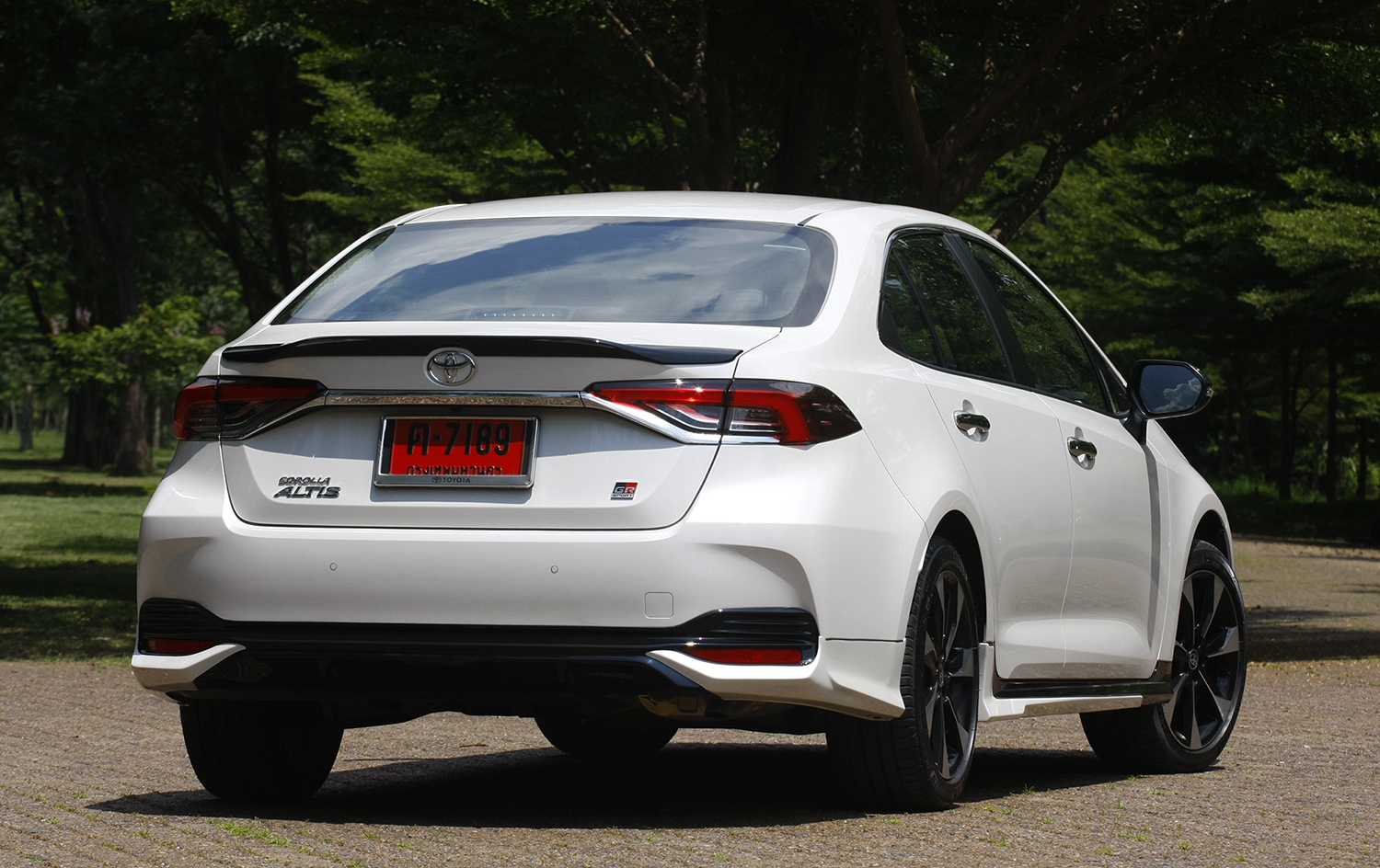 As said earlier, the GR Sport is definitely for a focused group of buyers, especially when the engine choice and grade is limited to only one.

Given how the chassis behaves on this first account of the Corolla, it’s safe to assume that the hybrid is the more interesting choice.

And making a GR Sport version out it shouldn’t sound bad. After all, the world of sports cars has already embarked on electrification. 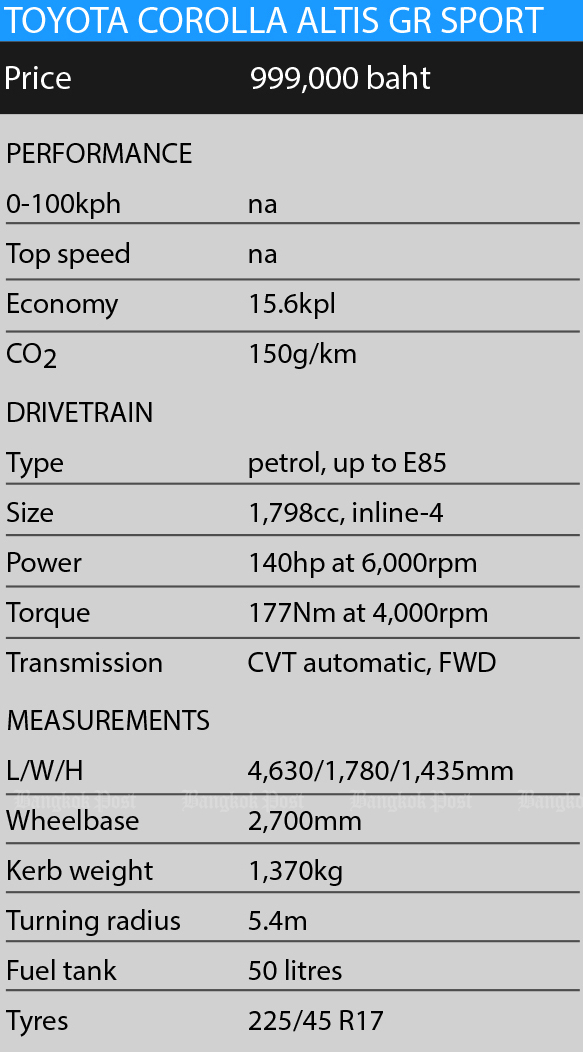 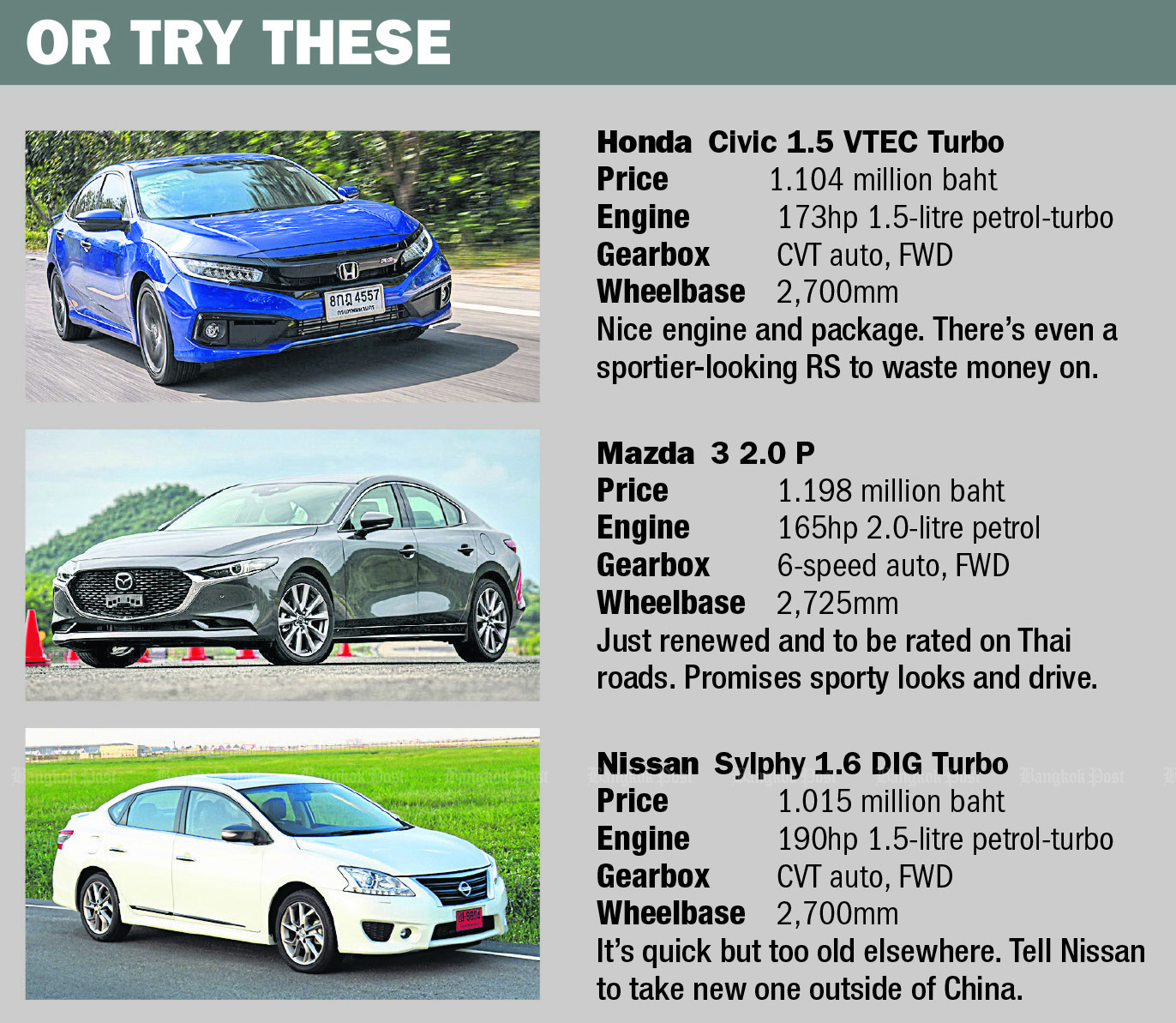