Product alliance between the two Japanese brands is hoped to help build up market share in Asean. 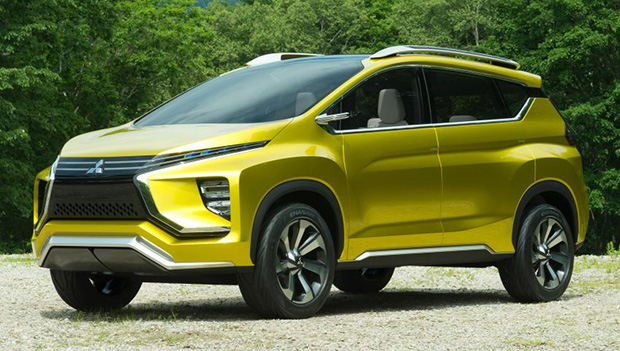 The Mitsubishi XM Concept previews a new seven-seat crossover which Nissan hopes to make a version for itself.

Nissan hopes to capitalise on its alliance with Mitsubishi in rolling out new products to increase its market share in Asean.

According to a high-ranking source at Nissan Motor Japan, the first fruit of collaboration could result in a new compact seven-seat crossover being rehashed from a new Mitsubishi crossover, previewed as XM Concept.

The XM Concept, which was shown to the Thai public at the recently concluded Motor Expo earlier this month, is providing a glimpse of an MPV-cum-SUV that has been designed primarily for Indonesia, where low-priced seven-seaters command a large share of the passenger car market.

Aimed squarely at the Honda BR-V, Mitsubishi’s pending crossover is also expected to be sold in other Asean markets including Thailand. Nissan wants to take advantage of their synergy with Mitsubishi in expanding its market share, particularly in Indonesia which is being billed as the biggest car market in this region.

The executive said more collaboration and sharing in terms of product, platform and technologies are expected in the future, adding that the second one would happen in the next fiscal year.

Mitsubishi is most likely to be introducing its version of the new baby crossover ahead of Nissan. However, closer launch dates of future products are expected for both Japanese brands.

Confirming with earlier reports just after both brands announced their tie-up is the joint development of the next-generation Mitsubishi Triton and Nissan Navara pickups.

There’s also a distinct possibility that Nissan may gain a pickup-based SUV of the next Pajero Sport. Nissan has never made an SUV from its own pickup by using Thailand’s unique pickup-passenger vehicle tax.

Cooperation is also expected in the field of battery electric vehicles. As both brands have separately been pioneers with BEVs (Mitsubishi i-MiEV and Nissan Leaf) in the past, reduction in costs could result if Mitsubishi and Nissan joined hands in development and purchasing of electrified parts such as “motors and inverters”.

As Toyota and Honda are market leaders in this region, Nissan hopes that its alliance with Mitsubishi could help push its market share up into double-digit figures.

According to industry analysts, the Asean region is crucial for both Mitsubishi and Nissan. Thailand is a major production hub for Mitsubishi whereby exports far exceed domestic demand, while the country makes and ships out Nissan components to many facilities around the world.