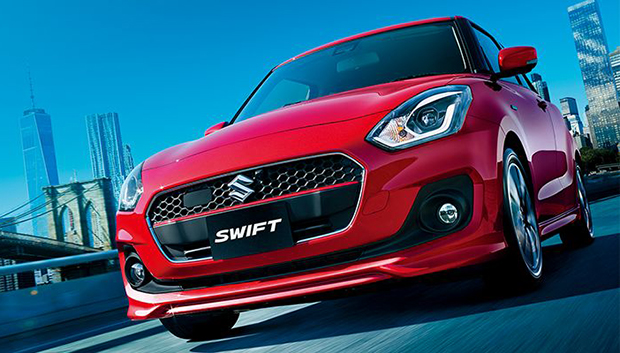 If you look at today’s third-generation Swift and its predecessor, the exterior design is very similar and has been considered by pundits to be super-evolutionary.

Which is probably why Suzuki wants to be playful with the fourth-gen model, which was introduced in Japan this week. Aside the hexagonal grille, the most notable design element in the all-new Swift are the rear door handles located high up the C-pillars – just like in the Nissan Juke style-led compact SUV. 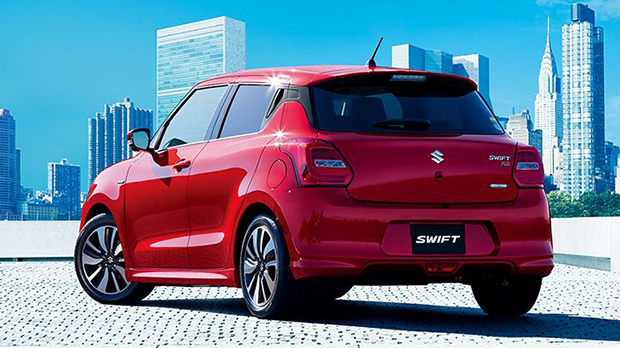 We agree, especially with the new steering wheel, clearly legible instrument panel and central infotainment screen. The seats themselves have also been redesigned.

As Suzuki wants to be known as a small car specialist, it hasn’t made the Swift any bigger on the outside. Instead, the maker has increased the wheelbase length by 20mm, up at 2,450mm, to make the cabin more spacious. The platform is said to be new in the interest of lighter weight.

Are there any new engines?

Suzuki has initially revealed two engines. The first one focuses on fuel economy and low CO2 emissions in the guise of petrol-electric hybrid mated to a CVT automatic transmission.

Today’s 1.2-litre four-cylinder engine has been updated with dual fuel injectors per cylinder, although power and torque remains the same at 91hp and 118Nm. The lithium-ion batteries in the mild hybrid setup gets its energy from deceleration to assist the petrol engine during acceleration. Average fuel consumption under the JC08 driving mode in Japan is 27.4kpl.

The second one is 1.0-litre triple with direct-injection and turbo technologies producing a higher 102hp. More crucial is the 150Nm of torque available between 1,750-4,500rpm. And paired with a six-speed automatic instead, combined economy is rated at 20kpl. 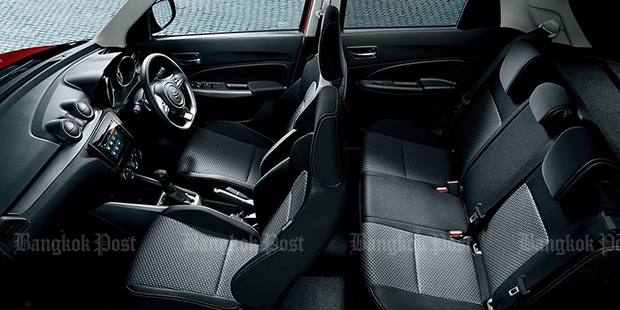 When will the Swift hit Thai showrooms?

Although the Swift will eventually hit world markets in 2017 after being available in Japanese showrooms early next month, the Thai launch is reportedly said to be in 2018. Suzuki says global specifications will be revealed in March at the Geneva motor show.

The crucial aspect will be the engine. Since today’s Swift is built to Ecocar Phase I rules with already low excise tax, it’s unlikely that the hybrid model will come to Thailand (as is the case with the Nissan Note E-Power).

A cheaper alternative is to modify today’s 91hp 1.2-litre normally aspirated engine, which currently has records of 20kpl and 120g/km.

Mitsubishi, for one, has done this in the Mirage and Attrage by adding a special alternator to reduce CO2 from 120g/km to 99g/km. As a result, both Ecocars could meet Phase II regs and enjoy 14% instead of 17% tax – with the same 1.2-litre three-pot engine used ever since.