Popular B-segment saloon gets a mid-life refresh with higher prices than before. 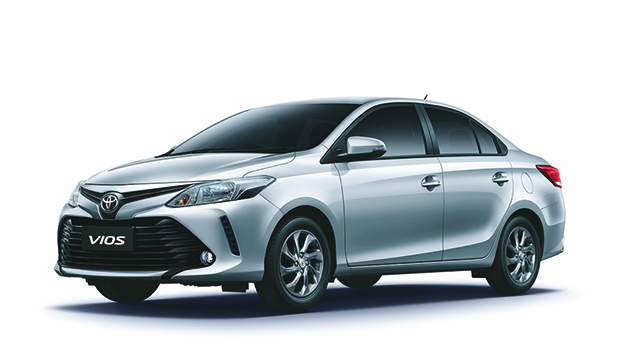 That face looks quite familiar…

That’s probably because Toyota, like many other carmakers these days, is trying to apply a family look to its cars.

The facelifted Vios you see here has a very similar face to that of the all-new Camry Hybrid, which was just launched in the US earlier this month but not yet in Thailand.

The interior has been slightly revised with small detailed changes made here and there for the sake of aesthetics and convenience. While more petty items can now be found in the Vios, the high end model gets sporty leather seats. 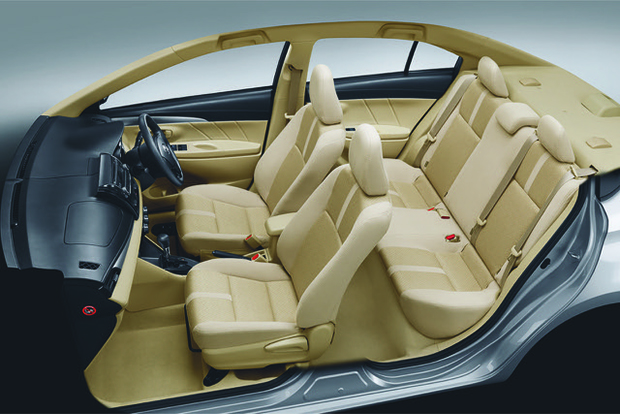 The engine and gearbox are carried over, right?

That’s right, as the mechanical update in the Vios took place last year. The 108hp 1.5-litre petrol engine, capable of taking E85 gasohol and tagged as 2NR-FBE, and CVT automatic transmission remain in place with a fuel economy rating of 17.2kpl.

Speaking of this, the Honda City archrival was also revised earlier this month with just cosmetic tweaks, as well. The City uses a more powerful 117hp 1.5-litre unit yet is claimed to be more frugal at 18.2kpl when using the same CVT automatic gearbox. 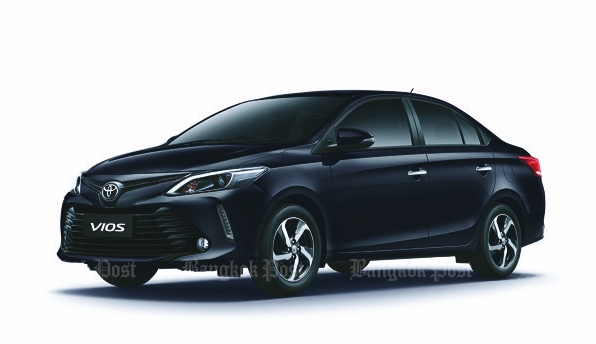 Is the Vios priced to kill?

The City, meanwhile, has unchanged prices of between 589,000 to 751,000 baht when specified with automatic transmission. And while the range-topping SV+ model in the City lineup has six airbags, the Vios has only two. Both have stability and traction control systems made standard across the range.

Unlike the City, the Vios has no manual gearbox option as Toyota says there’s virtually no demand for it from customers.

Ever since the Vios was launched 20 years ago in first-generation form (when it was called Soluna), nearly 850,000 units of been sold. Toyota hopes to sell 2,600 units of the updated Vios each month.