New four-door budget car is a reskinned Vios saloon with power borrowed from the Yaris hatchback.

But the Vios has just been facelifted this year…

True, the Toyota Vios saloon has been given a cosmetic upgrade earlier this year after it received a new engine and transmission in 2016, so it should have soldiered on for another two years before the Thai Toyota office decided to make another four-door car for the B-segment.

However, Toyota couldn’t wait because it now sees the opportunity to regain lost market share, which is why they launched the all-new Yaris Ativ tailored to Ecocar rules.

The Ativ is essentially a reskinned Vios with sleeker design cues; the same goes for the interior (available in either black or beige colour) that’s been rehashed to look different from the Vios fanfare. Expect the facelifted Yaris hatchback, due later this year, to come with some design elements of the Ativ.

The Ativ strategy is very similar to that applied in China where the Yaris has both hatchback and saloon bodies. The North American version, called Yaris Sedan, is a rebadged version of the Mazda 2. 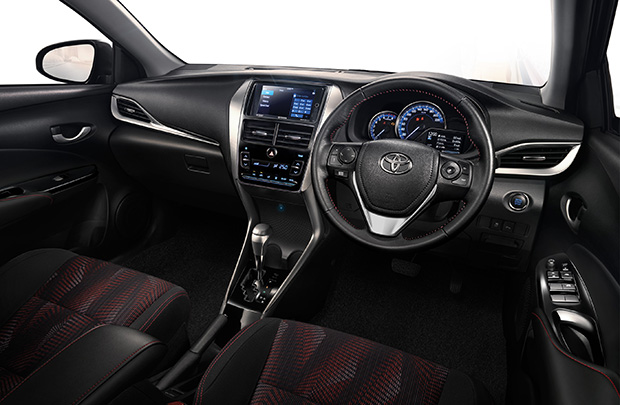 I see. Is the Ativ built to Ecocar II rules?

No it isn’t. The Ativ comes with the same 1.2-litre petrol engine and CVT automatic transmission as in the Yaris conforming to Ecocar I regs, including a 20kpl minimum requirement in fuel economy and 120g/km maximum on CO2 tailpipe emissions.

Since the Ativ is designed to slot below the Vios in price, the CVT transmission it shares with the Yaris is less sophisticated than that in the Vios, which additionally has seven-speed manual override.

As well, the Ativ doesn’t get all-round disc brakes in any grade. But to make Asean NCAP crash test results soothing, there are seven airbags: two front, side and curtain, plus one for the driver’s knee. 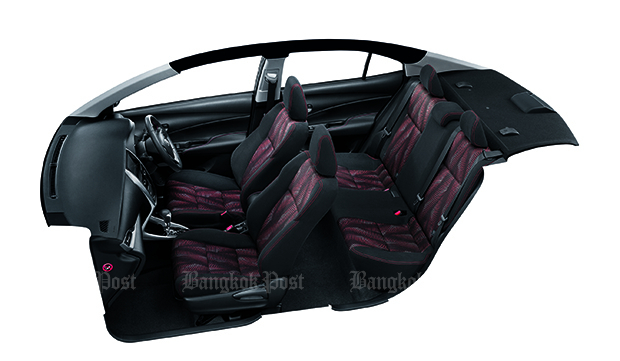 How does it fare with the other roomy Ecocar sedans?

If you’re placing priority in cabin room, the only credible rivals are the Nissan Almera and Suzuki Ciaz. Although slightly shorter at 2,550mm in wheelbase length (the same as in the Vios and Yaris), the Ativ still can compete with the Almera and Ciaz in this particular facet.

The rest are much smaller in comparison: Honda Brio Amaze, Mazda 2 and Mitsubishi Attrage, although the latter two have better fuel economy records made to Ecocar 2 rules like 23.3kpl and 100g/km.

The price range of the Vios is 609,000-789,000 baht. Although it will target buyers who want bigger performance, the Vios may eventually be phased out in the future.

With such prices, the Ativ is expected to become the best-selling passenger car in Thailand. 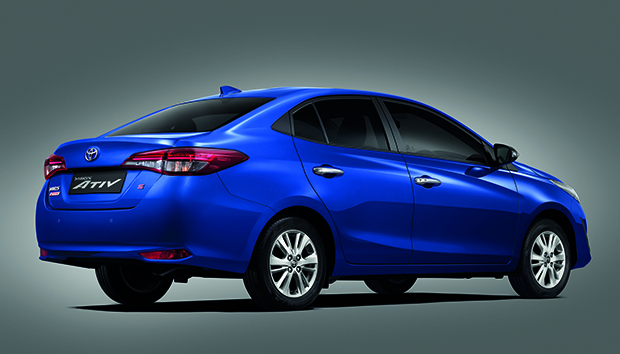