Advanced energy storage system and body materials, plus a new design language, are being previewed in the Terzo Millennio concept.

Welcome to the Lamborghini Terzo Millennio concept car which has been co-developed with the Massachusetts Institute of Technology. The Terzo Millennio, meaning third millennium in Italian, is Lamborghini’s interpretation of an all-electric supercar.

There are two key areas of the concept car where Lamborghini and MIT have carried out development including new energy storage system and body materials. 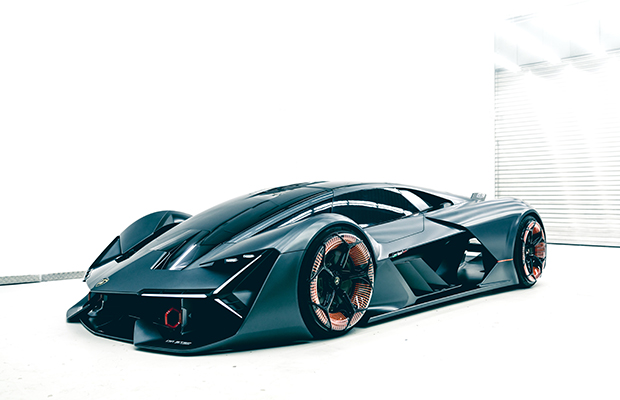 The Terzo Millennio features supercapacitors instead of conventional batteries for reasons of weight and longevity. Then there’s the carbonfibre body which has “self-healing” ability via the use of chemicals to repair cracks caused by accidents.

The only thing Lamborghini mentioned was that the Terzo Millennio has an electric motor placed within each of the four wheels. But there’s a good chance that know-how of electric propulsion would come from the Volkswagen Group, which once produced the all-electric Audi R8 e-tron and is set to put the Porsche Mission E into production before the turn of the decade.

The design of the Terzo Millennio itself is also claimed to be previewing the new design language for Lamborghini. Note the continuation of the Y-motif elements on the front and rear lights, as well as the more cab-forward look of the profile.

And combine that with a responsive driving experience resulting from pure electric propulsion and four-wheel torque-vectoring control, the Terza Millennio is said to gain hugely on emotional ground.

Is Lamborghini gonna put it into production?

Lamborghini merely says that it wants to explore the possibility of an all-electric supercar because it probably thinks that one day it will eventually happen.

The brand’s path to electrification will start with the Urus, a modern-day SUV that will make its world debut at Lamborghini’s new Italian plant early next month.

After the Urus is launched with twin-turbo V8 power, a plug-in version is expected to follow suit with expertise shared with other members of the VW Group. 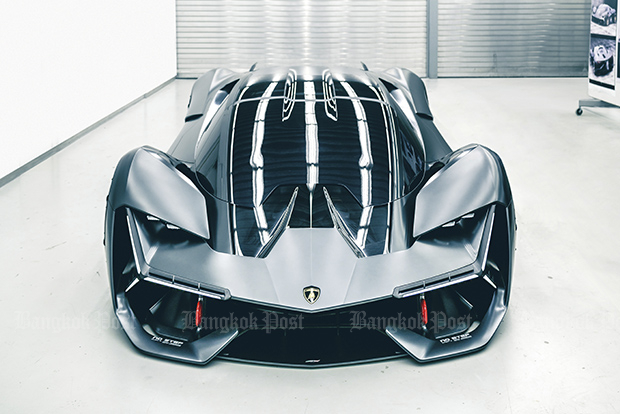