All passenger cars and SUVs are set to come with mild hybrid tech from 2020, pending some issues in Thai automotive excise taxation. 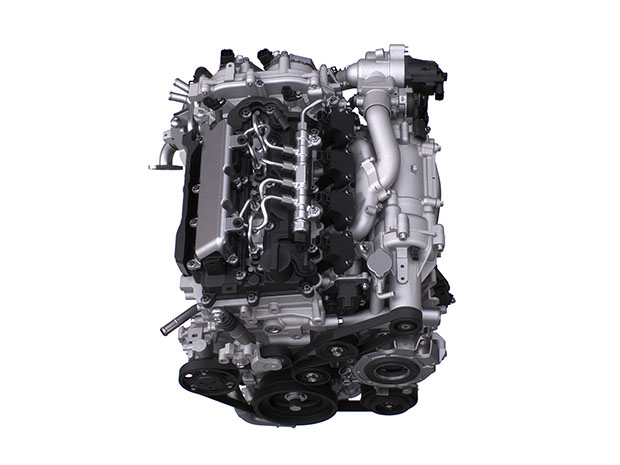 Mazda is planning to pour more investment into its Thai engine and transmission facility before the end of the decade, pending some issues in automotive excise taxation.

As the Japanese carmaker has a strategy to hybridise all of its passenger cars and SUVs in next-generation forms from 2020, it wants to upgrade its site in Rayong to deal with more capacity and new powertrain technologies.

However, sources familiar with this matter pointed out that the definition of hybrid-powered cars imposed by the government remains slightly vague and should be adjusted.

It is claimed that semi-electrified vehicles need to have a 60-voltage battery in their system to enjoy the 10% rate if they meet the 100g/km of CO2 maximum level. Just recently, the Board of Investment said that Thai-made cars will enjoy a lower 5%.

The source said Mazda wants to start its electrification path with mild hybrids featuring a 48-voltage unit, which is now being increasingly adopted by other makers as well. But if it can’t meet the hybrid definition, it needs to face the normal car rate of 30% and 14% for those suited to Ecocar II rules.

“Whatever kind of hybrid it is, it’s all about reducing CO2 emissions,” stressed the source. “Fuel consumption drops in parallel [with CO2 emissions] which is simply to the benefit of the consumers. This is why we think [mild hybrids] also deserve a lower excise rate.”

Although the first Mazda to gain a mild hybrid via the brand’s so-called Skyactiv-X engineering programme will be the next-generation 3 C-segment car in 2019, the crucial one for Thailand will be the all-new 2 B-segment sedan and hatchback in 2020.

A product strategist at Mazda pointed out that today’s 2, built to Ecocar II regs emitting no more than 100g/km of CO2, could become cheaper in price in the future if it could attract the hybrid rate of 5%.

In the mid-term, Mazda wants to make mild hybrid a standard feature in all of its models with the exception of the BT-50 pickup, which already is subject to a low 3% rate with regular, non-electrified engines.

As production of the next-gen BT-50 will move to Isuzu’s facility under a new agreement, Mazda’s vehicle assembly plant in Rayong will be freed up and can handle more passenger car models with renewed powertrain technologies.