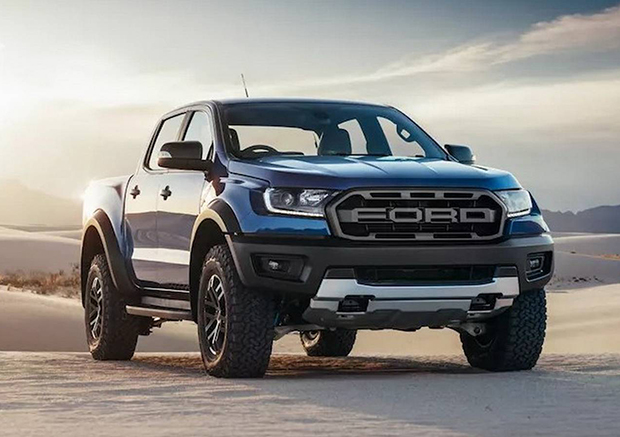 Welcome to Raptor, an all-new derivative of today’s Ford Ranger pickup that made its world debut in Thailand this evening.

Inspired by the Raptor model of the full-size F-150 pickup sold in the US, the spruced-up version of the Ranger mid-size variation gets a number of bold-looking design cues.

They include that prominent grille and bumper design, front skid plate and flared wheel arches housing 17-inch wheels rimmed with all-terrain tyres from BF Goodrich. The brakes and suspension have been beefed-up, as well.

Inside, the Ranger Raptor is basically the same as that of the donor vehicle except that it is stacked with features and some bespoke details. Note the paddle shifters and steering wheel, which has a centre marker in the style of track-focused sports cars, plus the Raptor logos embedded in the seats. 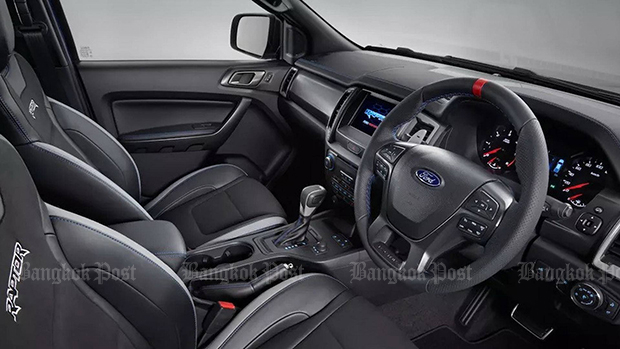 Yes they are, if you compare them with the current crop of pickups on sale at the moment. The Ranger Raptor comes with a new 2.0-litre twin-turbo diesel developing 213hp and 500Nm of torque.

This engine-downsizing practice seems to make Isuzu’s look feeble in comparison. The diesel engine used in the D-Max and MU-X models displaces 1.9 litres but produces a far lower 150hp and 350Nm.

The Ranger Raptor’s diesel is mated exclusively to a 10-speed automatic and four-wheel-drive. Although no performance figures have been revealed, the Ranger Raptor promises to be faster than all other mid-size pickups available in the Thai market. There's also a drive mode selector to make the vehicle more responsive in the mud. 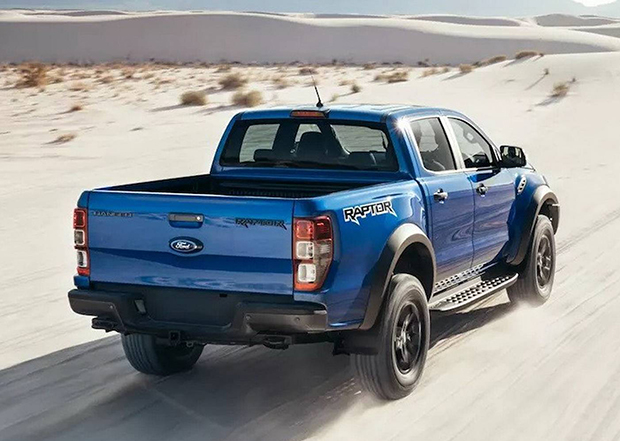 Will the next-gen Ranger use this powertrain?

It would be nice if that happens because it has always been a tradition by Ford in Thailand to introduce new technologies before its competition do.

Today’s Ranger is powered by either 150hp/385Nm 2.2-litre four-cylinder diesel or 200hp/470Nm 3.2-litre five-potter. Both are hooked up to either six-speed manual or automatic transmission.

How much does it cost?

Since the Ranger Raptor has been developed primarily for Australia, it gets a more sophisticated suspension called watts linkage as used in the Everest SUV. The regular Ranger employs the leaf spring type as stipulated by Thai regulations. 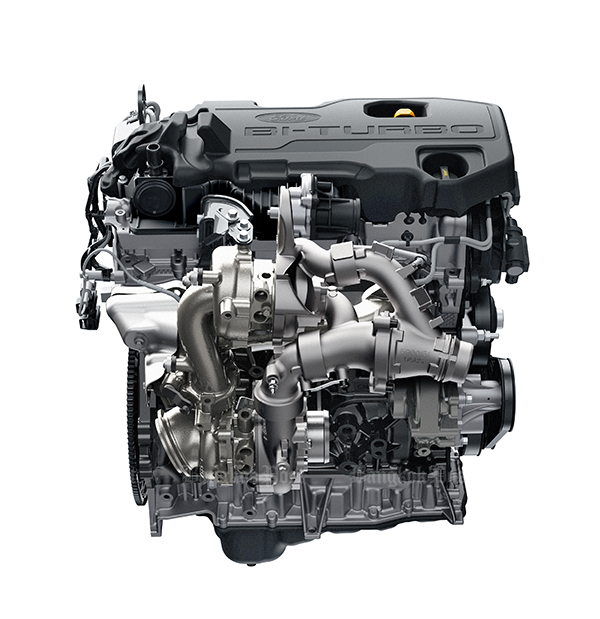