2018 Nissan Terra SUV to come to Thailand under PPV rules

Pickup-based SUV breaks cover ahead of a likely world debut at April’s Beijing auto show before Thai sales start in the second half of this year. 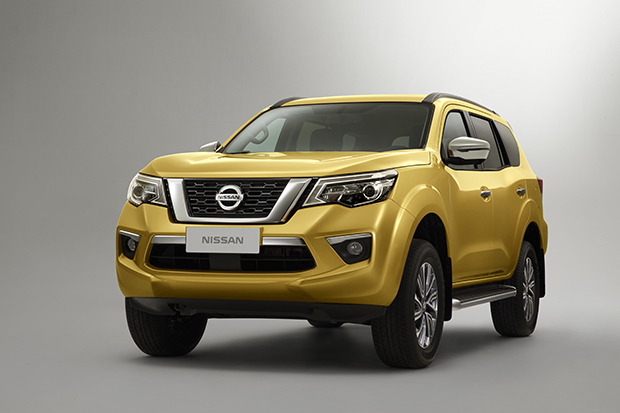 Yes, it took many years for Nissan to come up with a rival for the Toyota Fortuner.

The new Terra you see here in official pictures is set to make its world premiere at April’s Beijing auto show before a Thai introduction in the second half of this year.

The Terra is largely based on the Navara NP300 pickup and will take advantage of the unique PPV (pickup passenger vehicle) tax in Thailand.

Apart from the Hilux Revo-based Fortuner, other pickup-based SUVs that are suited to PPV rules in the country include the Chevrolet Trailblazer (spun off from the Colorado workhorse), Ford Everest (Ranger), Isuzu MU-X (D-Max) and Mitsubishi Pajero Sport (Triton). 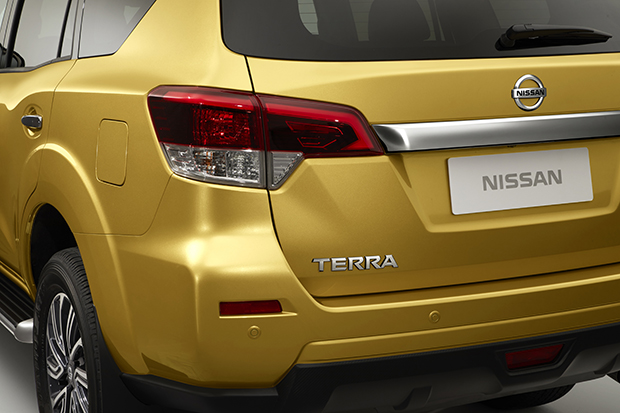 Does it get the same engine as the Navara?

Nissan hasn’t revealed any specifications for the Terra yet, but it’s a given that the Navara would lend its four-cylinder diesel engine to its SUV cousin.

Currently, the Navara in Thailand comes with a 2.5-litre diesel-turbo (codenamed YD25DDTi and producing 190hp in its most potent form) and six-speed manual or seven-speed automatic transmission driving either the rear or all four wheels.

However, should the Thai Nissan office decide to update the Navara (it hasn’t done so for quite some already) with the brand’s latest twin-turbo 2.3-litre diesel (YS23DDTT), then there’s a good chance that the Terra will get it as well.

Nissan probably wouldn’t remain that casual with new diesel technology because Ford has already revealed a new 213hp 2.0-litre twin-turbo diesel and 10-speed automatic in the Ranger Raptor which would eventually reach the regular pickup models and Everest in the future. 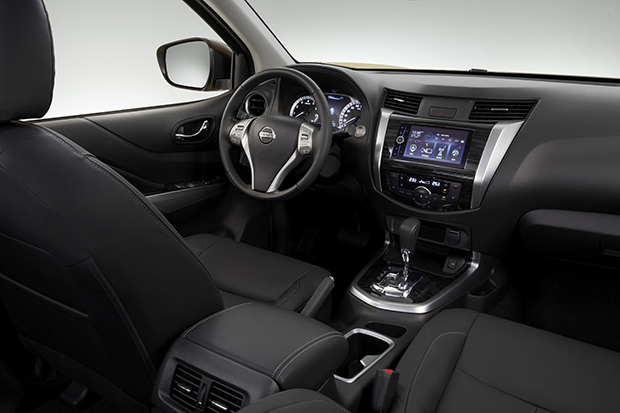 It’s a seven-seater for sure…

Uh-huh, as this is the norm for pickup-based SUVs in Thailand. Although Nissan has only issued one picture of the interior (looking practically the same as in the Navara), the second and third rows of seats would be capable of folding away.

Although PPV rules require the use of engines shared with pickups, they don’t force makers to utilise the rear leaf spring suspension because SUVs are subject to less load.

Once again, it isn’t known what’s suspending under the Terra, which uses a chassis-on-frame platform. But Nissan has already developed a five-link rear suspension for the Navara in other markets where there’s no (antiquated) requirement for leaf springs in pickups. 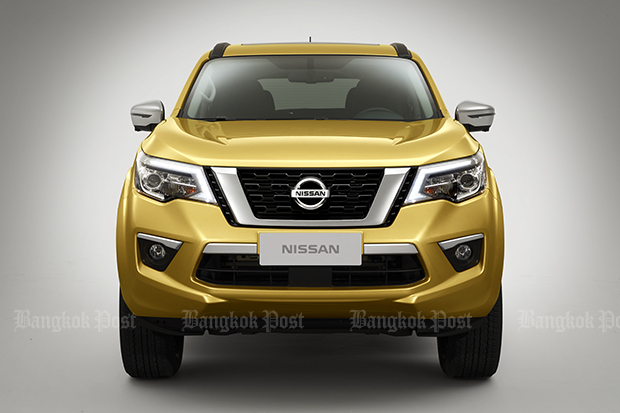 Charging ahead with EVs

Fiat Chrysler to invest in electric car producton in Canada