Lexus’ best-selling saloon was always bland to drive. The new-gen model hopes to fix that. 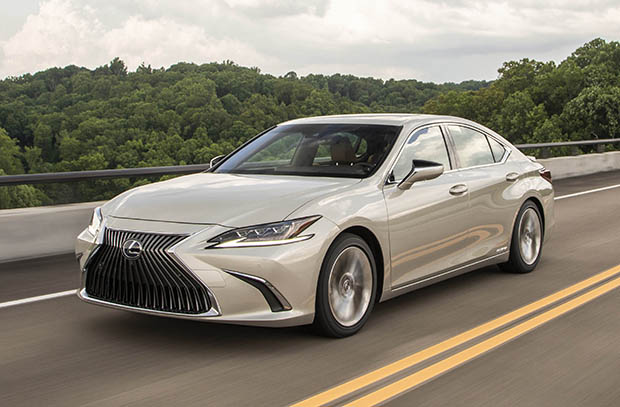 When Lexus redesigned the LS last year, it virtually transformed its flagship limo from a bland-looking and dull-driving car into one with newfound levels of styling and handling.

Now Toyota’s posh nameplate aims to do the same with the all-new ES, entering its seventh generation this year and setting to maintain its status as the brand’s best-selling saloon.

While the outgoing model really didn’t look that bad on the catwalk, the new ES is far more appealing on the skin thanks to Lexus’ latest design DNA like the super-pronounced spindle-like front grille, heavily chromed C-pillar signatures and chiseled front and rear lights.

Yes, the ES is a visual delight when compared to most of its European opposition such as the BMW 5 Series and its likes. Lexus’ latest design language may have its critics, but it certainly is distinctive in its right. 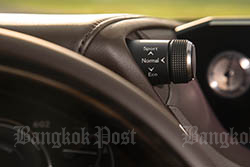 The interior of the ES has also been totally revamped to come in line with the latest LS by featuring a chunky three-spoke steering wheel, digital instrument panel and a large infotainment screen that offers great legibility and intuitive usage.

The new location of the driver selector just ahead of the steering wheel is also an ergonomic delight.

Designers at Lexus say the fascia appearance in both the LS and ES is the new template for future models.

The various materials found inside also exude quality ranging from those used on the door panels, dashboard and seats.

Too bad that there’s still some tacky plastics in sight like that running the lower part of the centre console. Otherwise, the ES rightly feels premium. 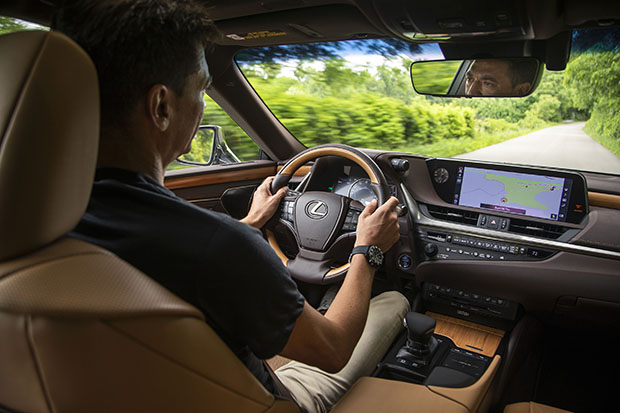 As Lexus wants to give the ES a sleeker exterior profile, the overall height has dropped by 5mm. Even so, headroom isn’t an issue in both the front and back.

And thanks to a 50mm longer wheelbase length of 2,870mm, the already generous amount of legroom is even more than ever.

Combined that with the optional reclining rear backrests and the cushy seats, the ES is possibly the best car to sit in in-class. 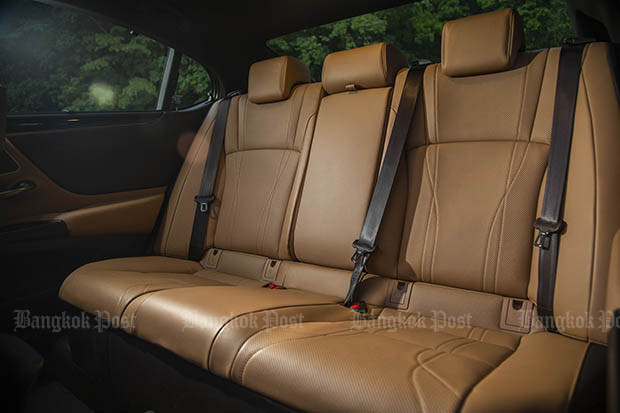 Underpinning the ES is the new GA-K platform, known as TNGA in Toyota speak, which Lexus says has been further tweaked to meet its own requirements.

One major goal was to give the ES more sound-deadening insulation claimed to cover nearly all of the floor plan.

And after a first drive of the ES in Tennessee last week, it appears Lexus is right about the enhanced suppression of noise, vibration and harshness. 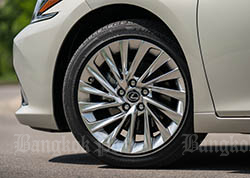 Around the smooth country roads of this scenic American state, the ES proves to be a very quiet and comfortable car to be in.

Once again, the ES scores well in this department when compared to its intended opposition.

Since Lexus wants to give the ES a flatter ride like in the latest LS, the wallowed feel is a thing of the past.

And the good thing is that the ES really hasn’t sacrificed any comfort for a firmer chassis that pays dividends for a more controlled ride on highways and in corners.

As well, the steering has been retailored to feel sharper. There’s hardly any slack in a straight line while feeling more precise, although driving enthusiasts may wish to switch the drive mode into Sport for more steering weight.

The ES probably doesn’t handle as fluently as in a 5 Series, but it is remarkably well-conceived in its own game.

Actually, the ES somehow has a very similar handling and ride balance as in the rear-drive LS and manages to conceal its front-drive origins by tucking its nose well when going in and out corners. 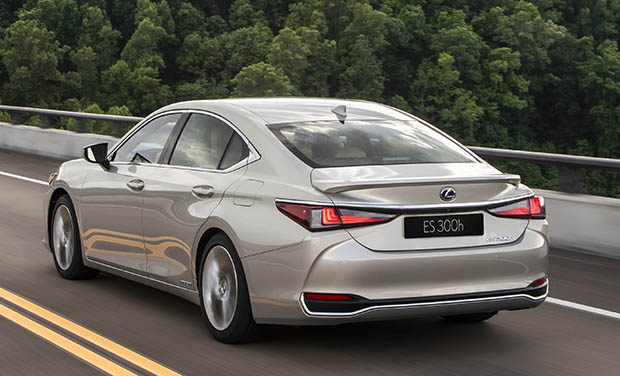 A number of petrol-powered models are available including the four-cylinder ES200, ES250, ES300h and six-pot ES350.

But due to tax reasons, the one chosen for Thailand is the hybrid-equipped ES300h when sales start in mid-August.

Which is quite a good thing because the ES300h is the most fuel-efficient one, is capable of producing less than 100g/km of CO2 (when homologated in Thailand) and doesn’t lack usable power as how the two lesser ones do. 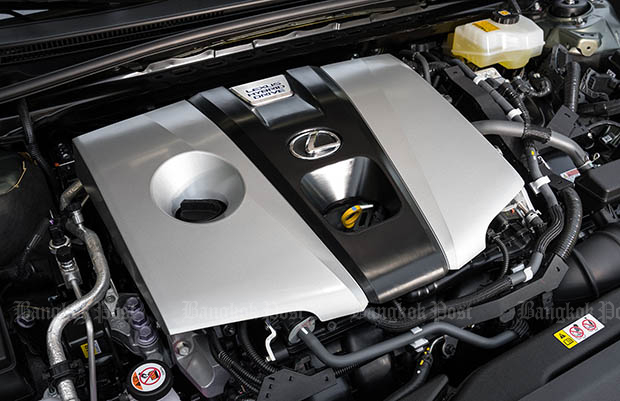 The 2.5-litre engine and nickel metal-hydride battery providing juice for the electric motor may all sound as familiar components from the previous ES300h.

However, all of these are claimed to be new developments. A particular improvement is the repositioning of the battery pack to below the rear seats allowing boot space to be uncompromised.

Lexus says it has evaluated the use of the more modern lithium-ion battery, but it has been ruled out on grounds of cost. As well, the nickel variation has been a proven technology for both Lexus and Toyota.

The lithium-ion type would probably only come on stream should Lexus decide to sell a plug-in hybrid which it has never done yet. The 5 Series, Mercedes-Benz E-Class and Volvo S90 have all gone plug-in in Thailand. 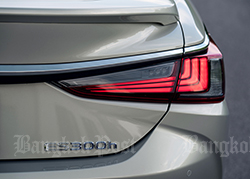 Even so, the ES300h still does a good job in delivering a reasonably good balance between performance and economy.

Mated to a CVT automatic, the ES300h yields linear performance, feels a tad more responsive than ever and is capable of more than 20kpl.

And best of all, you don’t have to worry about getting the ES300h plugged into a wall socket.

The downside remains the vocal engine when pure-electric mode (only in very short bursts at low speeds) isn’t used, although it isn’t noisy than before thanks to those extra levels of noise insulation fitted between the firewall of engine compartment.

Three grades are being planned for the ES300h. The most notable feature that will only appear in the top model is the reclining function of the rear backrests which is something Thais should like. Although the ES300h is still an import, Lexus hopes to price it in between 3.5 to four million baht.

Unlike before, the ES300h stands a better chance against its rivals which is why the Thai Lexus office is hoping to double sales of it.

Yes, the ES300h is a much better executive saloon to drive than before while still managing to yield the comfort levels potential clients can come to expect for. The ES300h now deserves some attention. 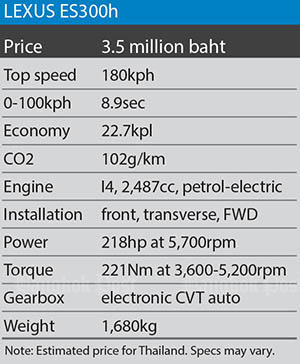 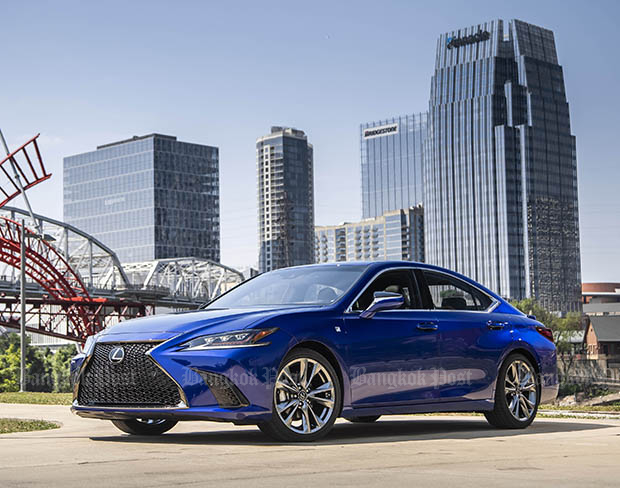 In a bid to woo the younger set of buyers to the ES, Lexus has added an F Sport version to its new fighter for the executive saloon market. However, it isn’t being considered for the Thai market at the moment.

Key elements that distinguish the F Sport from the regular model, as tested in the main story, include a mesh-style front grille, racy interior appointments and an additional Sport+ driving mode to stiffen the suspension.

The most potent front-wheel drive ES so far comes with a renewed drivetrain. Badged ES350, the current range-topper has a more powerful 300hp 3.5-litre V6 thanks to new direct injection and an eight-speed torque-converter automatic replacing the older six-speed unit.

Lexus engineers say the new GA-K architecture underpinning the ES can accommodate all-wheel-drive to potentially make way for an even more powerful flagship.

Lexus refuses to go on record about the seventh-gen ES also forming as the replacement for the aging GS. However, Toyota’s upscale brand has said that the ES will be a global model that will, for the first time, be available in Europe and Japan, as well.

An engineer pointed out that some 80% of customers don’t know the driven wheels in their cars, which is why Lexus is allegedly phasing out the rear-wheel drive GS from its global lineup.

Although the GS is a genuine competitor to the BMW 5 Series, Jaguar XF and Mercedes-Benz E-Class, Lexus is confident that the renewed ES should adequately provide a satisfying driving experience.

Other rivals like the Audi A6 and Volvo S90 are front-drivers, although both have all-wheel drive in higher-performing variances. The S90, in particular, uses all four driven wheels to handle a 400hp-plus plug-in hybrid.

The cabinet on Tuesday approved an Education Ministry proposal to postpone the reopening of all schools for the new semester from May 16 until July 1, as a measure to control Covid-19.

PHUKET: The provincial communicable disease committee on Tuesday issued an order requiring people going outdoors to always wear a face mask, or face a fine of up to 20,000 baht.

Cabinet approves 1.9-trillion-baht borrowing to help people and businesses including extension of B5,000 monthly handouts to six months and soft loans for SMEs.