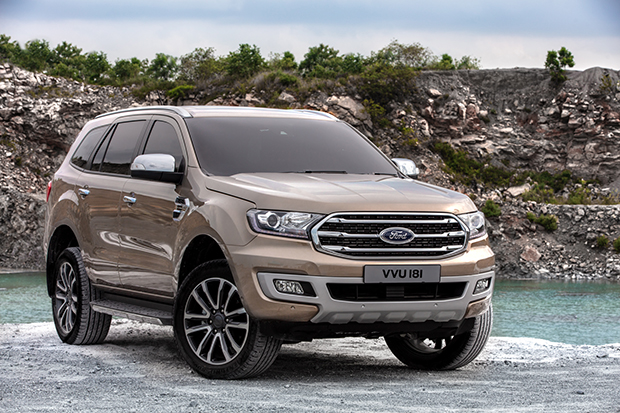 Is that powertrain from the Raptor?

Yes it is. After making its debut in the Ranger Raptor, the new 2.0-litre diesel engine is now available in the Everest SUV derivative.

Called EcoBlue, the four-cylinder motor develops 180hp in single-turbo form and 213hp in twin-turbo guise, the latter being applied in that dressed-up Raptor with maximum torque of 500Nm.

A 10-speed automatic transmission is also a new development and replaces the outgoing six-speeder. While the less powerful variant sends drive to just the rear wheels, the hotter version is four-wheel drive.

This downsized diesel supersedes the outgoing 2.2-litre four-cylinder and 3.2-litre five-pot, and helps the revised Everest achieve no more than 200g/km of CO2.

This leaves the Chevrolet Trailblazer as the only pickup-based SUV to emit more than 200g/km of CO2. The other undercutting ones are the Isuzu MU-X, Mitsubishi Pajero Sport and Toyota Fortuner. 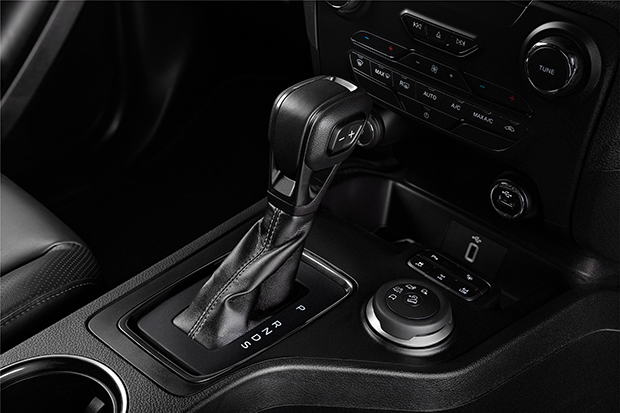 How much does the Everest cost?

There are four grades for the updated Everest. The range-topping Bi-Turbo costs 1.799 million baht, while the other three using the lower output engine ranges from 1.299-1.599 million baht. With the exception of the new entry-level model, prices of the others have risen by around 30,000 baht.

Some new features in the Everest include Sync 3 infotainment with voice control in English or Thai, keyless entry and start and automatic braking system when oncoming vehicles or pedestrians are detected at city speeds. The number of driving aids now amount to five.

The face has been updated with a bigger grille and new HID lights.

As ever, Ford wants to give the Everest lots of product substance to help make it stand out in the 1.5 million baht SUV market. Previously, the Pajero Sport had best on-paper credentials comprising 181hp 2.4-litre diesel and 8-speed automatic.

The imminent Nissan Terra, largely based on the Navara NP300 pickup, will be coming to Thailand with 2.3-litre twin-turbo diesel developing around 190hp and 7-speed automatic. 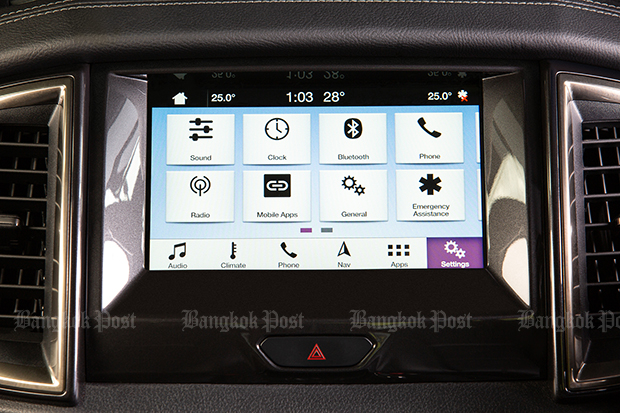 Will the Ranger get this new engine?

According to sources, the regular Ranger will get the so-called EcoBlue treatment but only higher up the range when it is updated later this month.

Like the Everest, the mechanical upgrade will enable the range-topping Ranger to enjoy lower excise taxation. However, the existing 2.2-litre would soldier on for some time as it doesn’t exceed the 200g/km barrier. 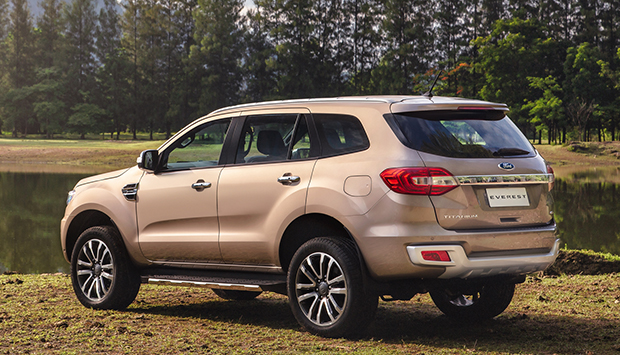