Updated pickup truck comes in 19 grades, although prices aren’t class-beating in some cases. 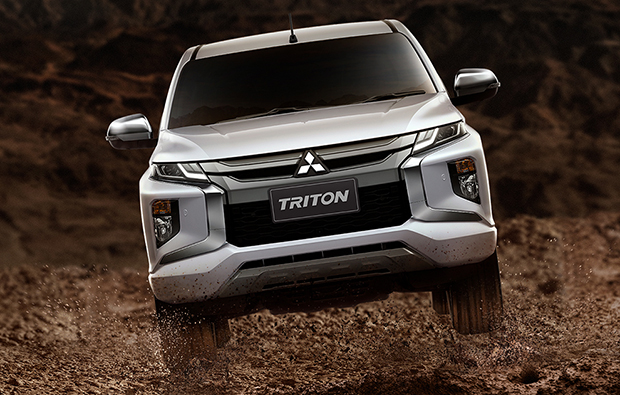 Mitsubishi Motors Thailand has announced pricing for the facelifted Triton after revealing it for the first time globally late last week.

Hitting showrooms on Nov 17, the Japanese pickup comes in 19 price levels ranging from 524,000 to 1.099 million baht depending on body style, drivetrain type and specification.

In double-cab form with automatic and 4x4 transmission, the Triton is priced at 1.099 million baht featuring driving aids such as blind-spot monitor, rear traffic cross alert and collision mitigation systems.

In a bid to make off-roading easier for general users, there’s an all-terrain mode that automatically adjusts various driving parameters of the vehicle.

With the exception of the Toyota Hilux Revo, all of the other competitors can be had for less including the Chevrolet Colorado, Ford Ranger, Isuzu D-Max, Mazda BT-50 and Nissan Navara NP300 when it comes to outright pricing.

The cheapest Triton in space-cab guise with automatic and high-riding 4x2 running gear goes for 826,000 baht making the Navara equivalent the only one pricier.

Although the Triton’s 181hp 2.4-litre diesel-turbo remains unchanged, the five-speed automatic has been replaced with a six-speeder to level the transmission race with the BT-50, Colorado, D-Max, and Hilux Revo.

The Navara has seven forward ratios, while the Ranger can be opted with 10 gears in conjunction with Ford’s new 2.0-litre diesel-turbo.

The front end of the Triton now bears the brand’s so-called Dynamic Shield to bring it in line with the Pajero Sport SUV derivative.

Some distinctive design cues include the slimmer head lamps and vertical accents on the bumper. The wheels are also new.