Entry-level SUV highlights five seats like before but now with a taller roofline. 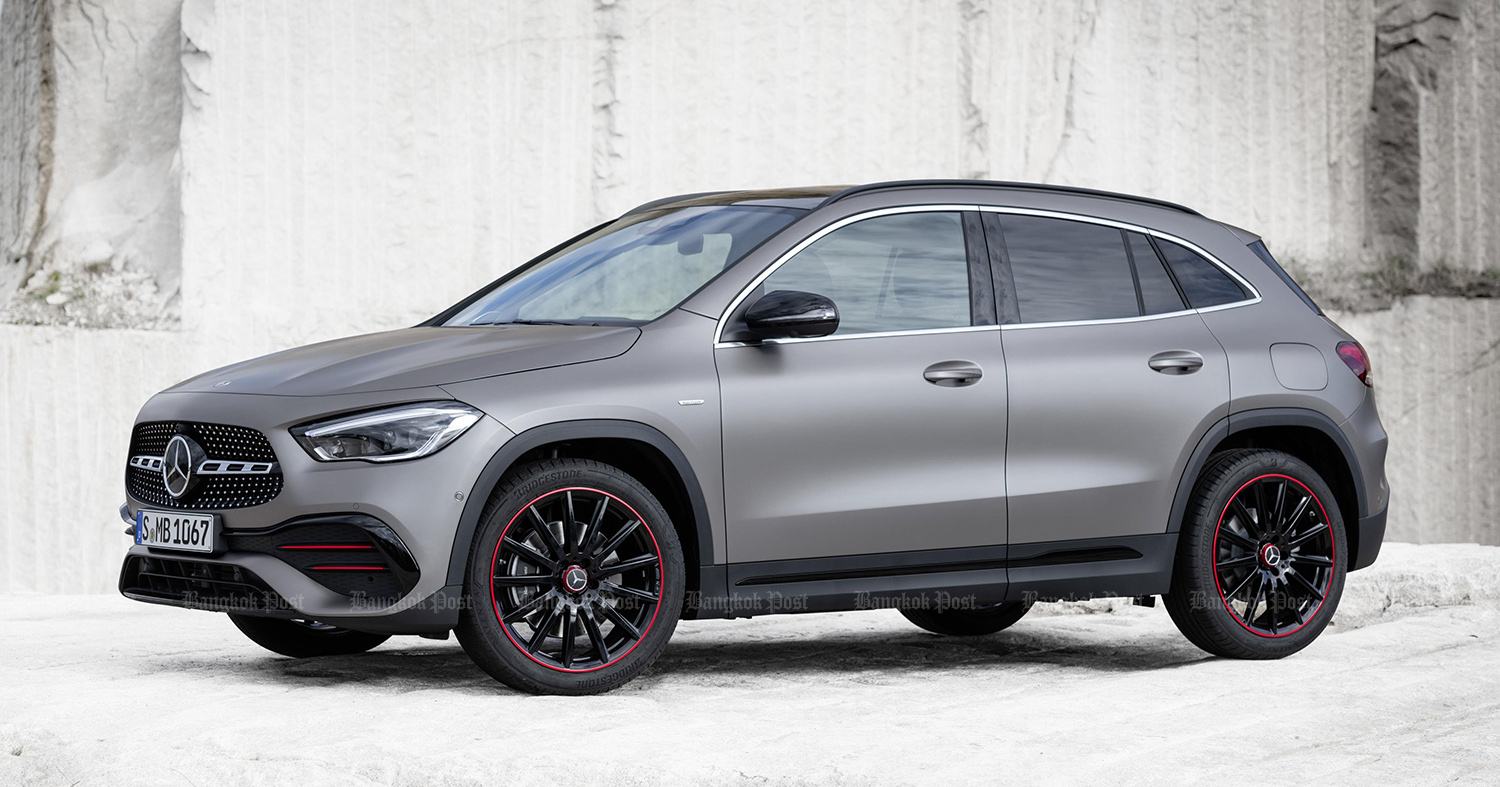 It looks less like a hatchback on stilts now…

When the Mercedes-Benz GLA appeared in first-generation form nearly 10 years ago, it had a relatively long body and low roofline to make it like a hatchback on stilts.

Racy the compact SUV may be like in appearance, some people were drawn off by the limited amount of head room in the GLA. In other words, it couldn’t really match the Audi Q3 and BMW X1 for outright utility.

Which is why the second-gen GLA now has a slightly more functionality-led silhouette, claimed to be a good 104mm taller but 14mm shorter in overall length. The 2,729mm wheelbase has grown by 30mm to increase interior legroom.

Even so, the new GLA retains the five-seat layout of its predecessor to make it a rival for the Q3 Sportback and X2. Those looking for genuine SUV practicality and the possibility of seven seats can always settle for the brand-new GLB.

In fact, the GLA and GLB are part of Mercedes’ extensive family of small cars sitting on a platform designed for transverse engines with either front- or all-wheel drive.

So it has an array of engines to choose from…

That’s right, although Mercedes hasn’t unleashed all the engines in one go for the GLA. Of relevance to Thai buyers is most likely to be the petrol ones rather than diesel, which has proven to be too costly to sell in small cars.

Like in the just-launched A-Class Sedan, the GLA should be coming in “200” form featuring 163hp 1.3-litre petrol-turbo engine with seven-speed dual-clutch automatic transmission driving just the front wheels.

Higher up the range is that with an AMG-fettled 2.0-litre motor for the 306hp GLA35 with eight-speed dual-clutch auto and all-wheel drive, although the super-fast 421hp GLA45 has yet to come.

Like in the latest AMG-modeled GLB, the GLA35 comes with the Panamericana exterior grille and racy bucket seats inside. 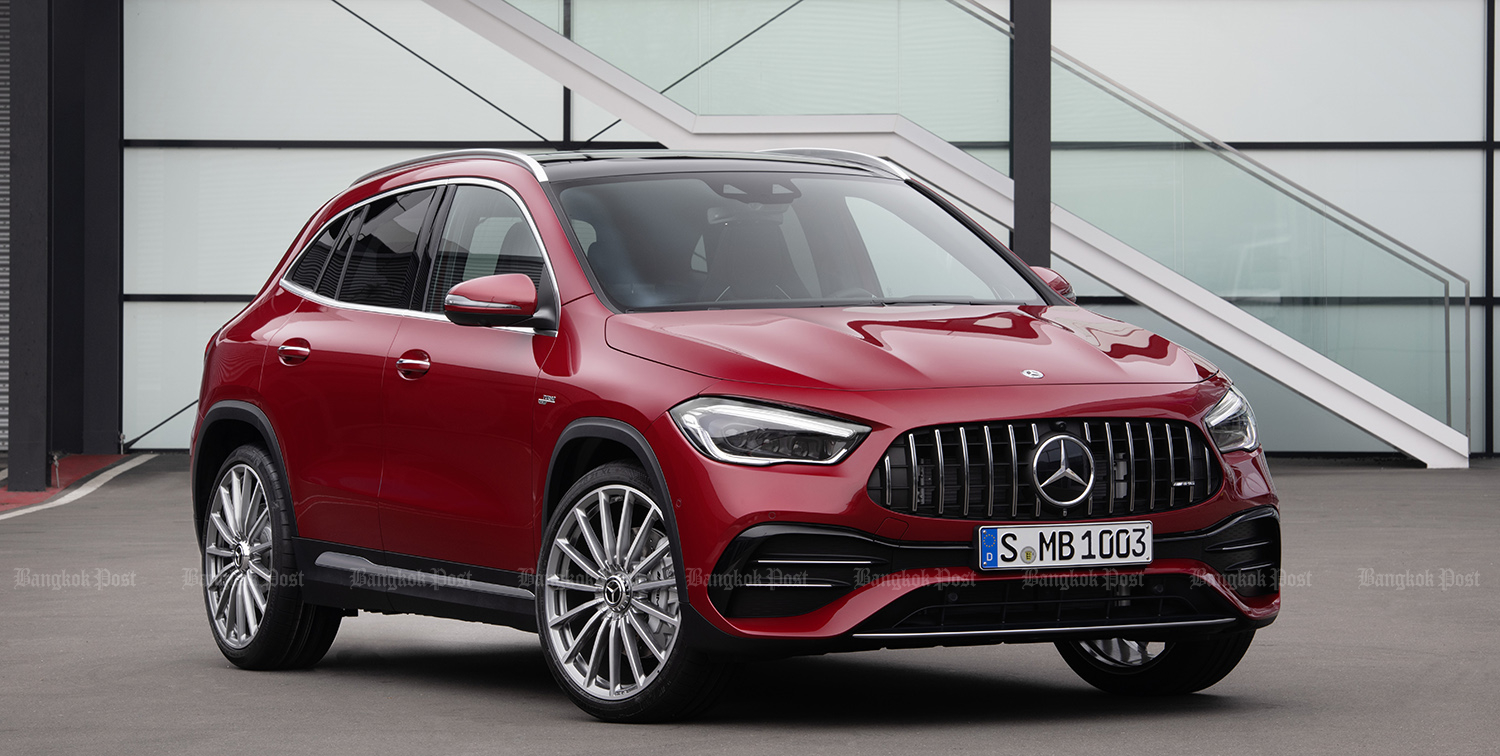 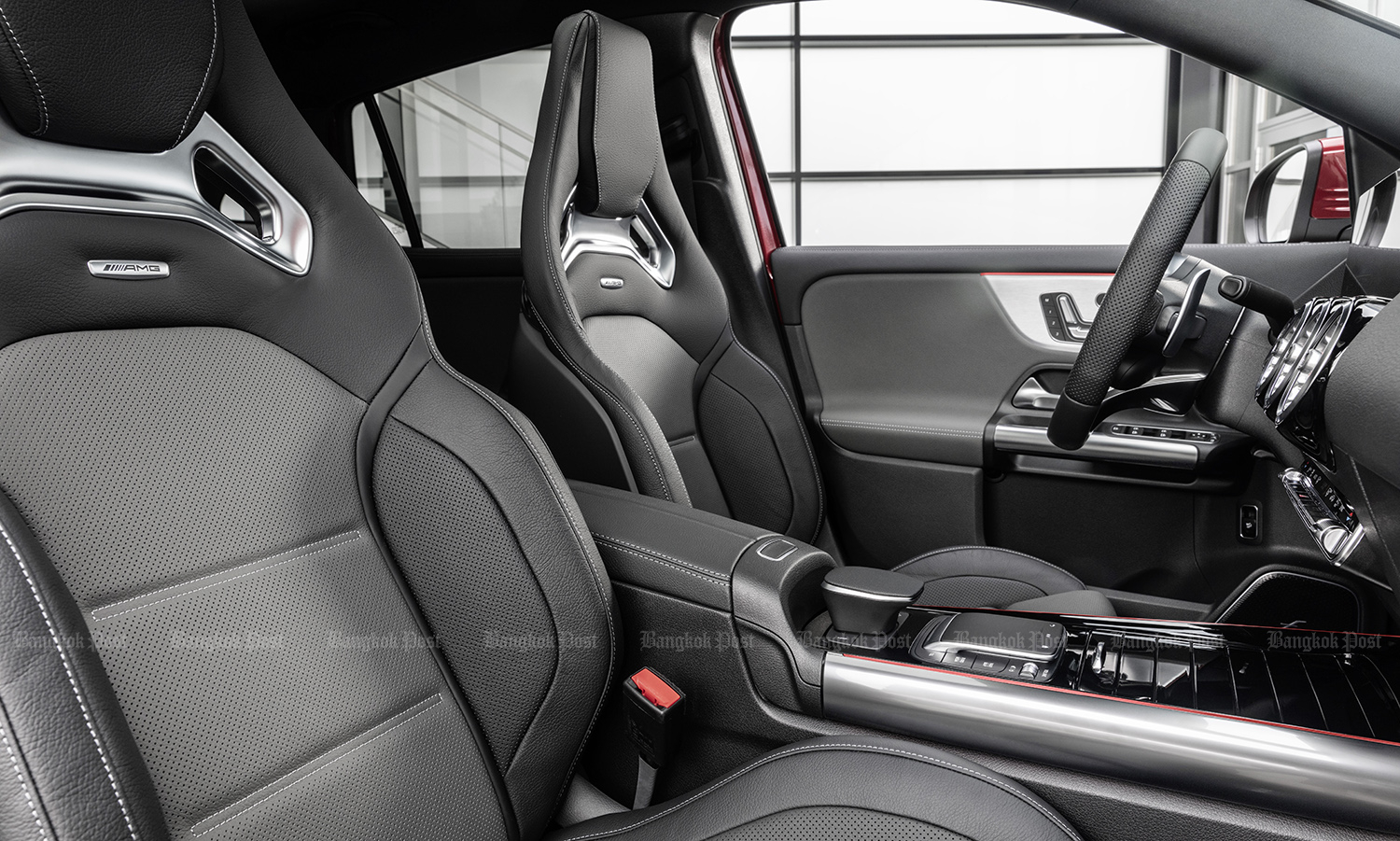 The latest generation of Mercedes’ family of small cars have been developed with electrification in mind ever since development started.

Already available in Europe but not Thailand yet is a plug-in hybrid with the “250e” designation based around that aforementioned 1.3-litre unit.

Given that Mercedes-Benz Thailand has already localised production of the semi-electric C, E and S-Class, a plug-in hybrid of any small model (with a feasible business case for local assembly) is easily possible.

In the longer run, Mercedes also has the chance to offer full-electric variations in the guise of the so-called EQA and EQB.

In the meantime, expect the GLA200 to be priced at around 2.5 million baht in completely built-up form when sales start near mid-2020. 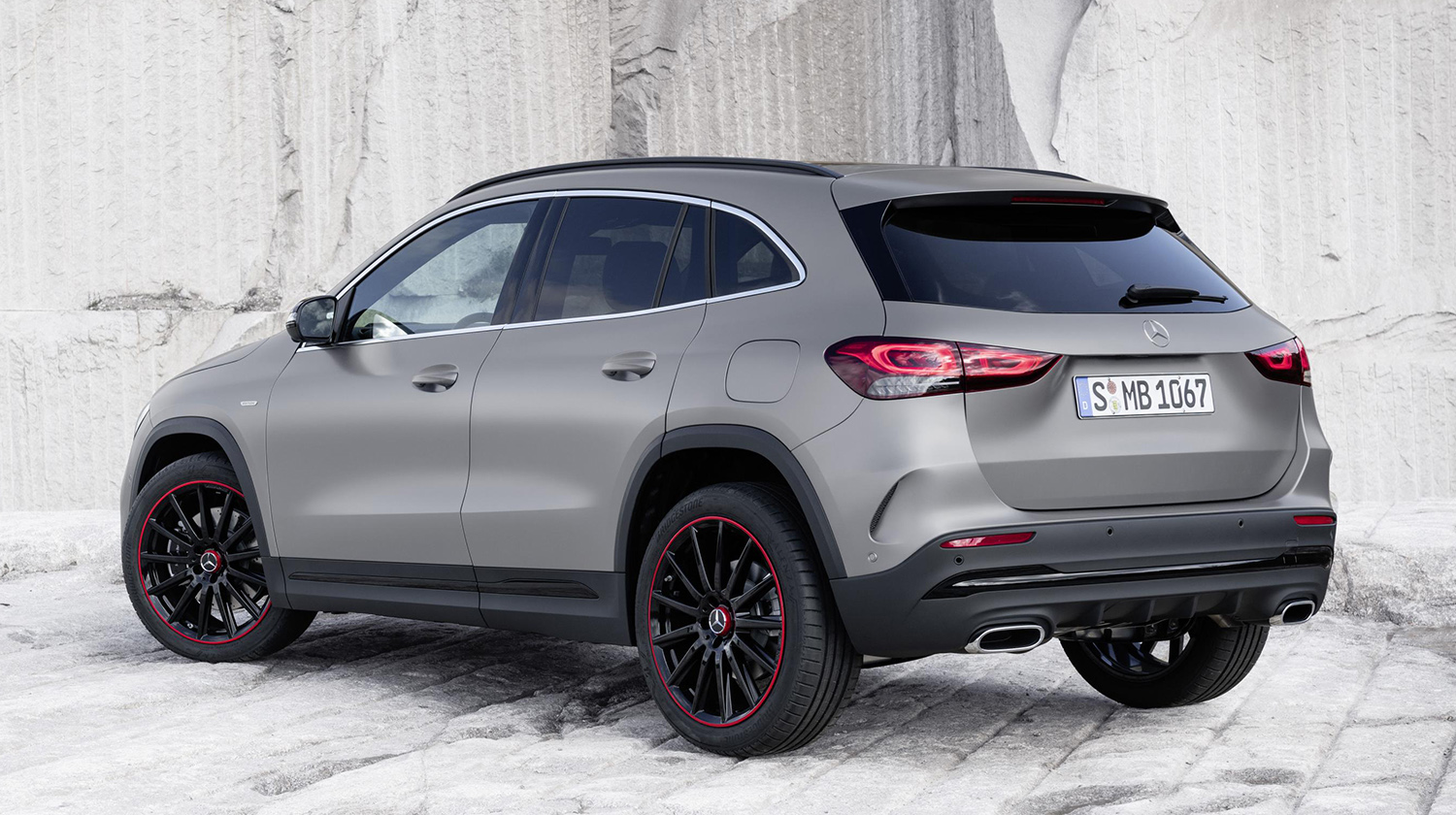 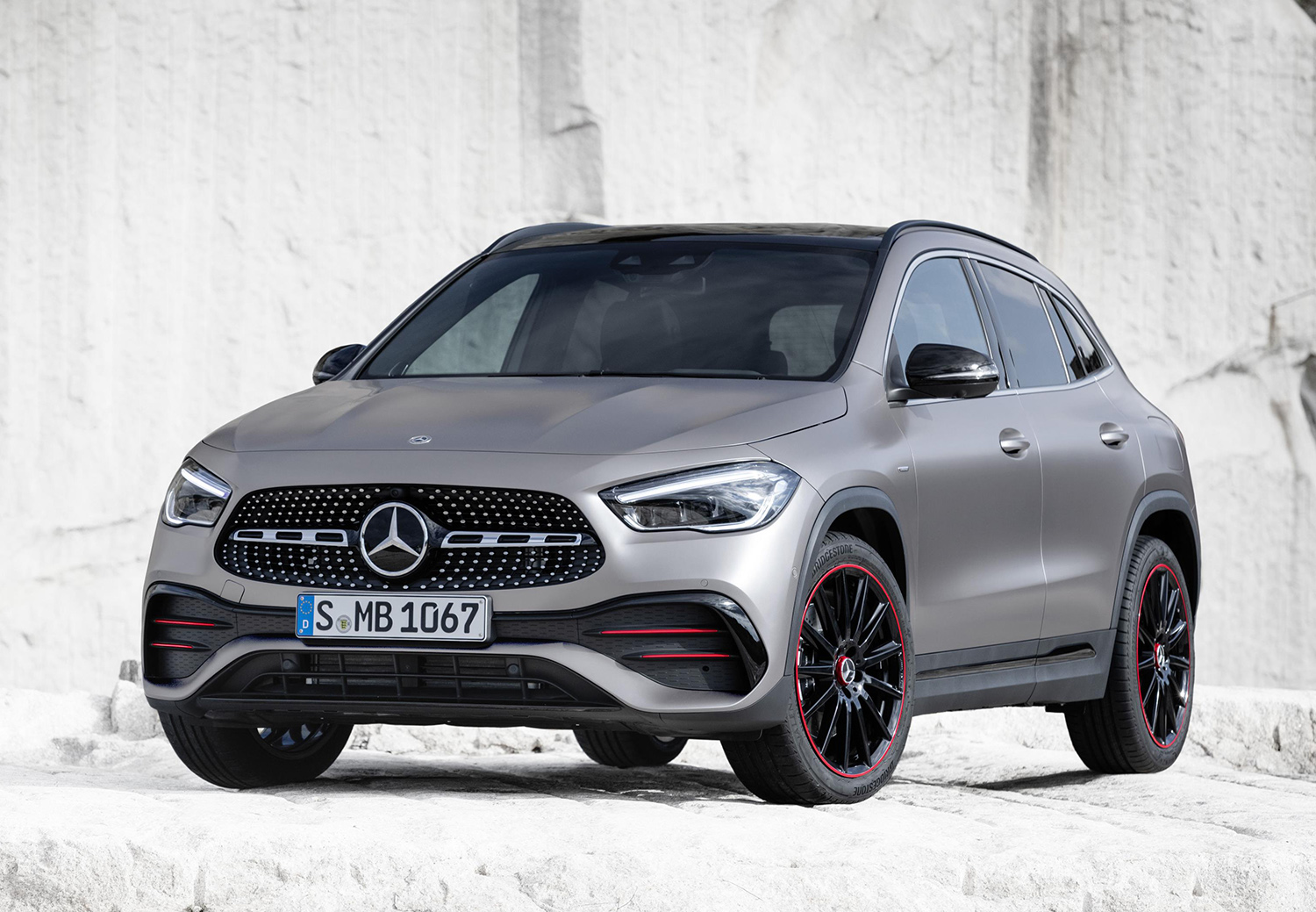