The Nissan Kicks E-Power has become the second Thai B-segment SUV after the Toyota C-HR to come with an efficient petrol-electric powertrain. 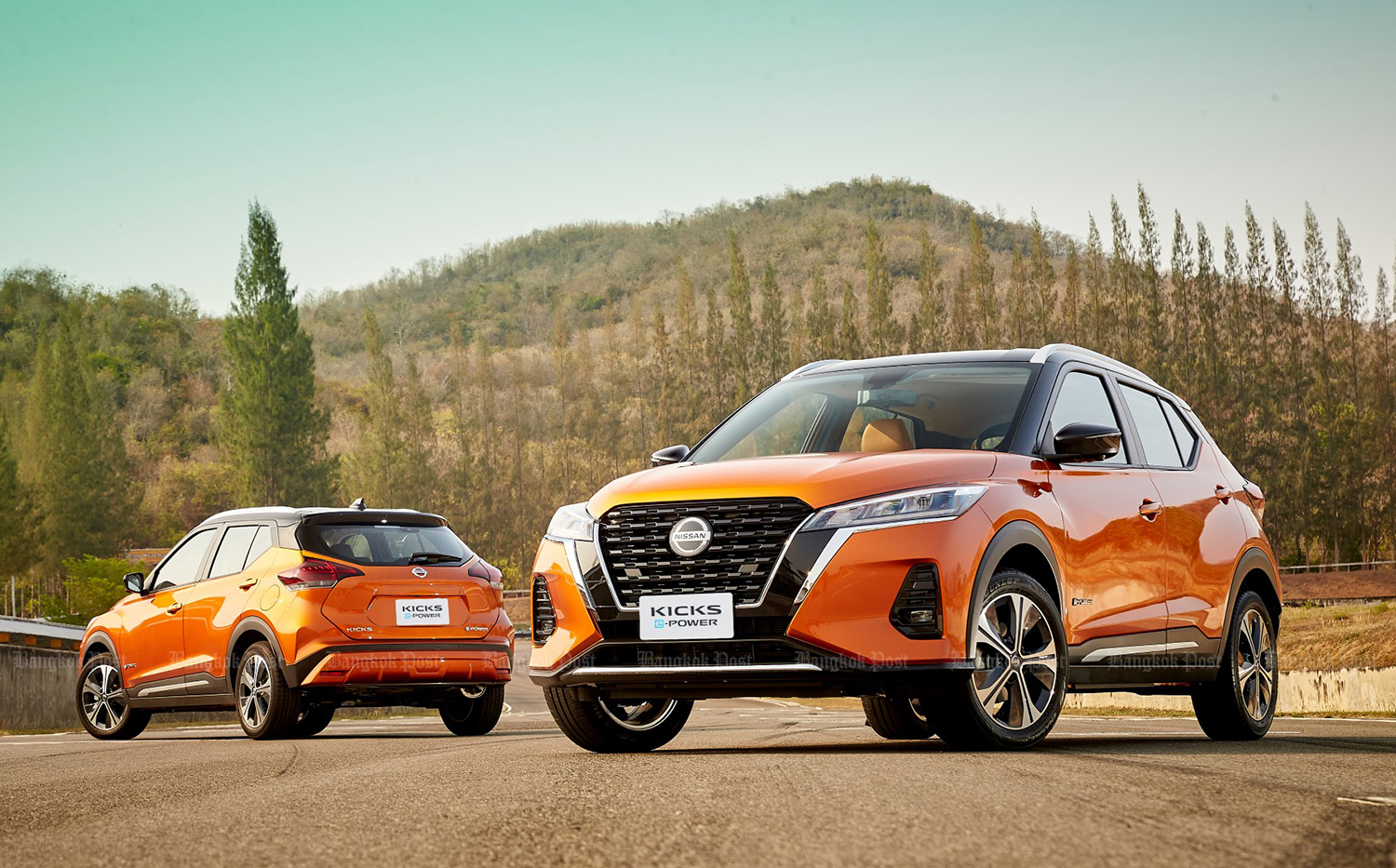 Is this an all-new Nissan?

For quite some time already, Nissan has been selling the Kicks in several markets around the world like those in the Americas as a B-segment rivalling the likes of the Honda HR-V and Toyota C-HR.

The Japanese maker now wants some action in the Thai B-segment fray whereby competition has just been renewed this year with the arrival of the Mazda CX-30 and facelifted MG ZS.

So while the Kicks is all-new for Thailand, it isn’t so on a global basis. Because the Kicks is now three years old in its generation, a mandatory mid-life facelift has been given to it which is what Thais are getting.

Note the sharp-looking headlamps and V-motif front grille which is an evolution of Nissan’s current design language. The interior has been tweaked in looks to a lesser extent and shares similarities with those in the Almera sedan.

For the first time on a global basis, though, comes a hybrid powertrain for the Kicks. The so-called E-Power version makes the Kicks the second model in its class in Thailand to come with petrol-electric power.

Because of this, the Kicks is quite a new Nissan. This is why the introduction of it in Thailand has been dubbed as a global premiere. 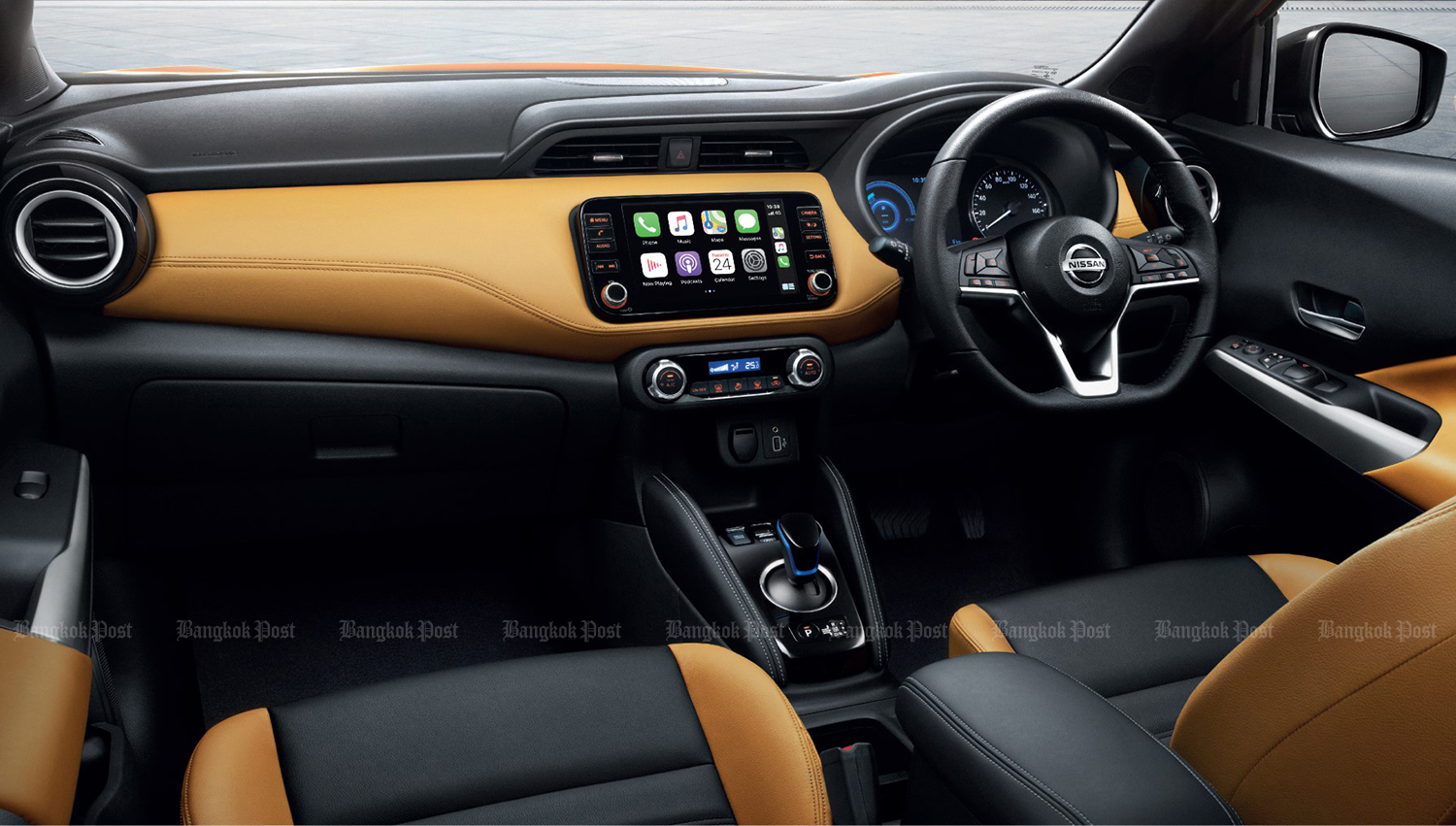 I see. I heard E-Power is also full-electric?

It isn’t, despite what you’ve might been hearing here and there. As said earlier, E-Power is basically a petrol-electric hybrid, just like in the C-HR.

However, the operation of the hybrid in the Kicks is unique due to the positions of the electric motor, petrol engine and other hybrid bits. Without getting technical, you just press on the gas pedal and go – just like in any other car or hybrid -- and enjoy some benefits in fuel economy E-Power has to offer.

In the Kicks E-Power, a 1.2-litre three-cylinder petrol engine is coupled to CVT automatic and an electric motor producing 129hp and 260Nm of torque.

Nissan sources say the Kicks has an average fuel consumption of 23.4kpl and CO2 level of 100g/km. 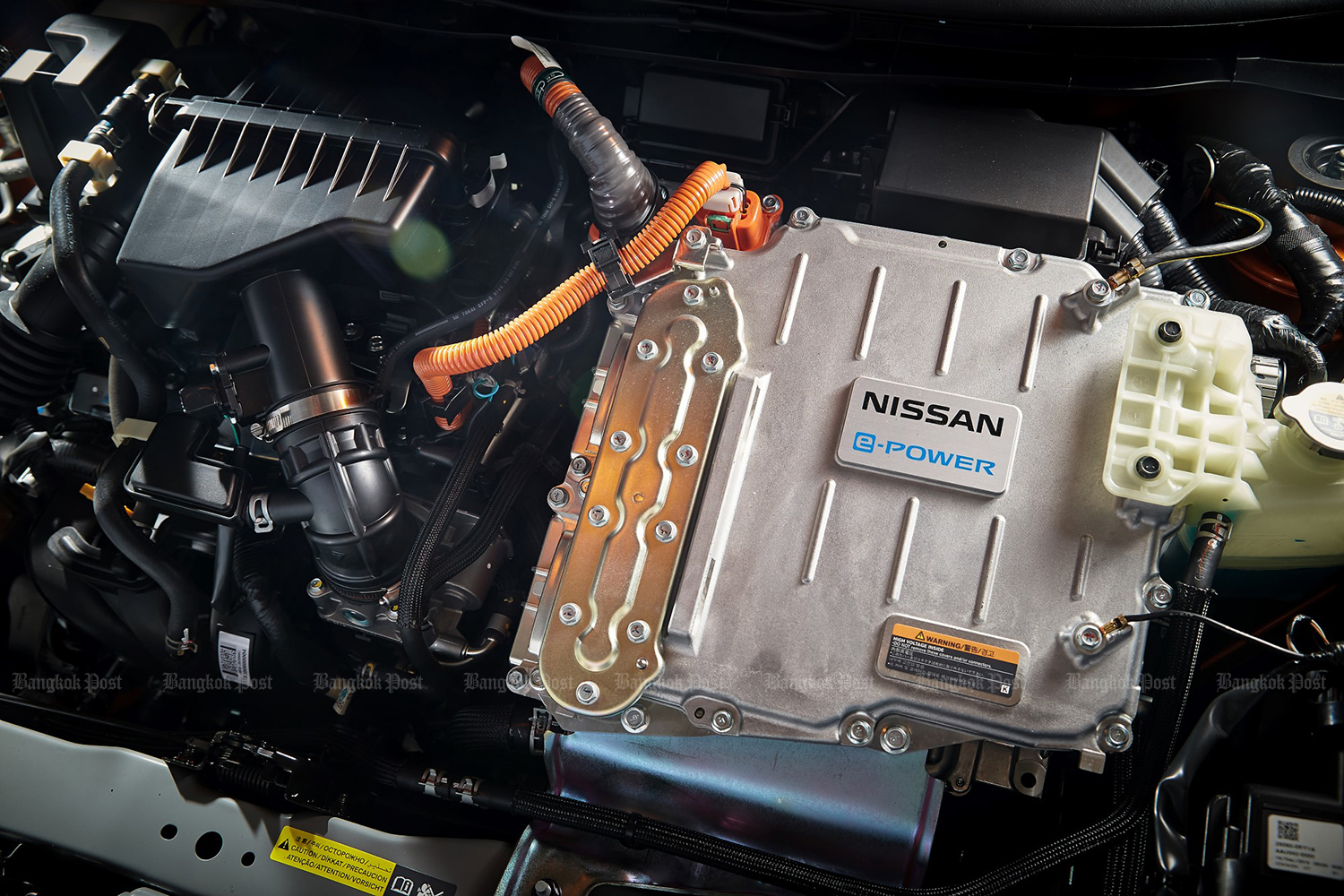 It’d better be cheaper than the C-HR…

Aside a combination of reasonable prices and fuel economy, Nissan is touting several driver-assist technologies not only governing the hybrid system but also the driving characteristics.

There’s all-round view, automatic braking and warning of moving objects around the vehicle, as such. Six airbags are standard across the range.

Apart from the usual warranties, the lithium-ion battery and electric system in Kicks E-Power cover 10 and 5 years respectively.

This is not the first time Nissan is selling a hybrid in Thailand. There’s the bigger X-Trail SUV, although with a different working concept from E-Power.

Although the Juke has been sold in Thailand several years ago for the Thai B-segment, it isn’t so anymore. The second-generation replacement is now only available in Europe and Japan with a more upmarket feel than ever. 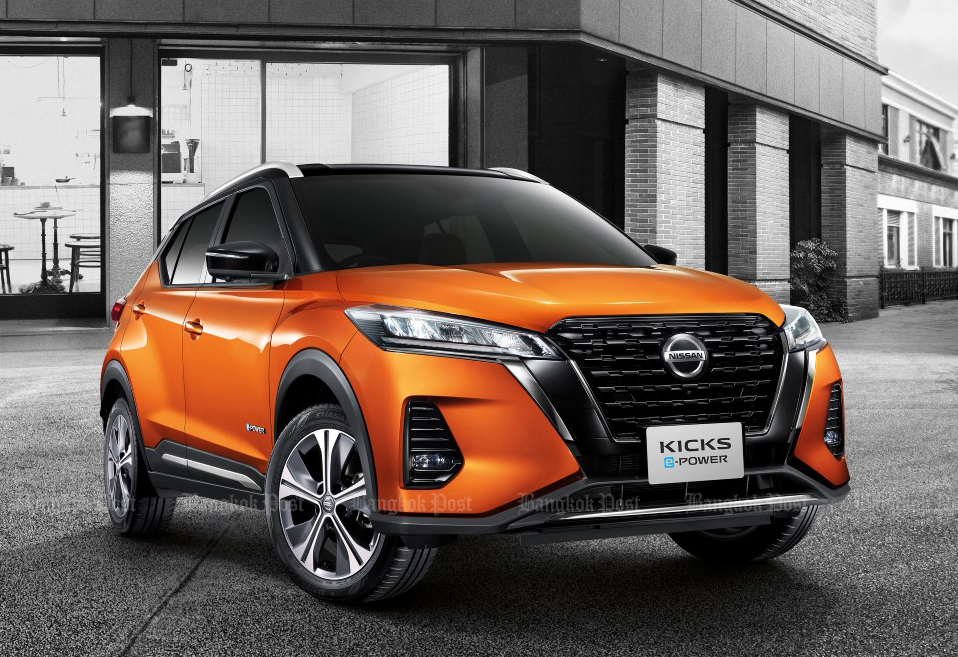