Rakish-looking Q4 E-tron Sportback will be like a BMW X2 and Range Rover Evoque but without their combustion engines. 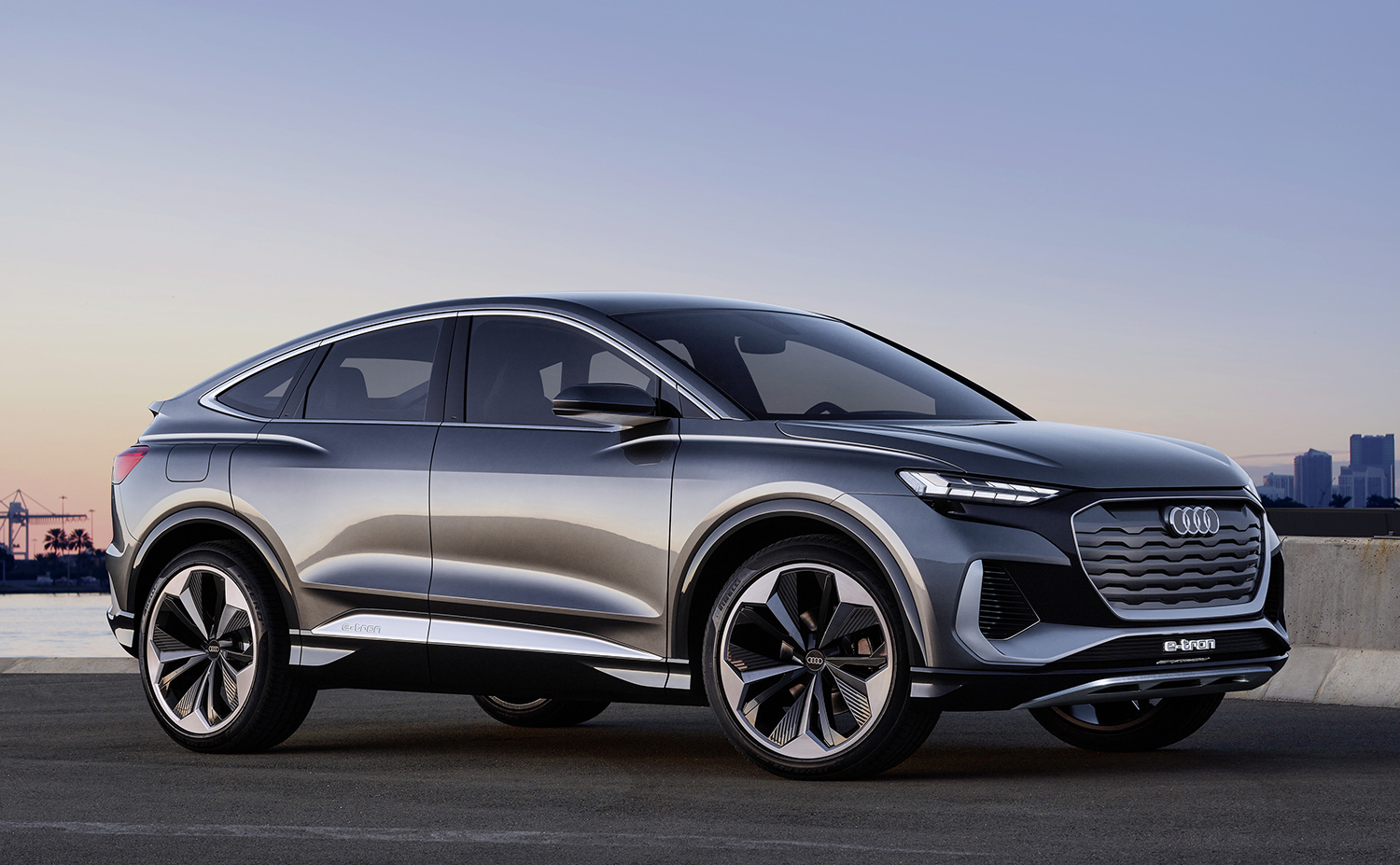 The new SUVs are still in concept form and comprise of the Q4 E-tron and just-revealed Q4 E-tron Sportback.

Both Sportbacks are essentially sporty versions of their more utility-focused siblings.

With a 4.6m length and 2.77m wheelbase, the Q4 E-tron Sportback falls in between the combustion-engined Q3 and Q5 in size.

From another perspective, the Q4 E-Tron Sportback is positioned like a BMW X2 and Range Rover Evoque but without their combustion engines.

The Q4 E-tron Sportback is built on the Volkswagen Group’s MEB modular platform for battery-electric vehices whereby its 82kWh battery is located beneath the cabin floor and between the two drive axles.

Power for both Q4 E-Trons is courtesy of two electric motors producing a combined 306hp, good for 6.3sec 0-100kph time, 180kph limited top speed and 450km driving range.  A rear-drive-only version with more than 500km is also being planned. 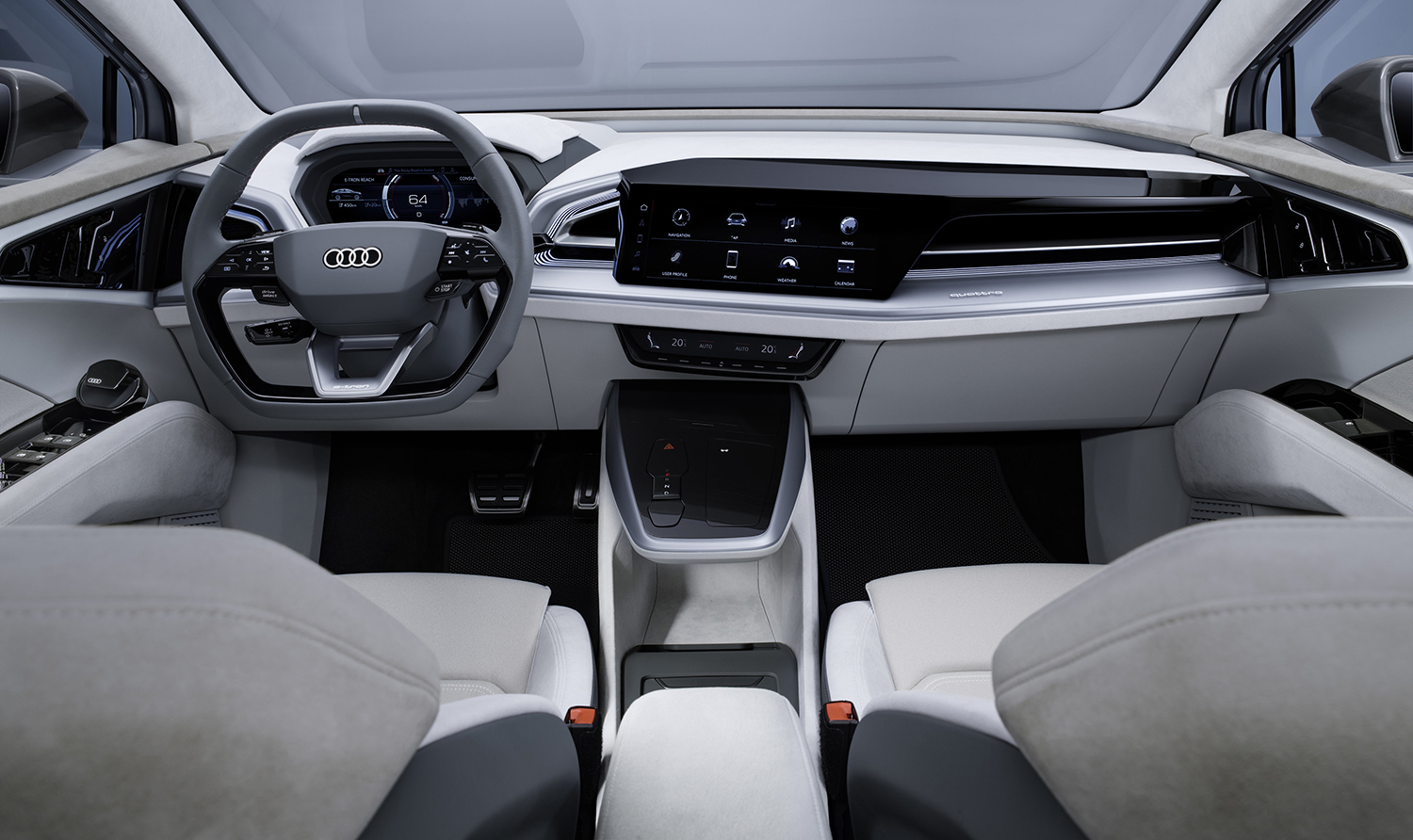 Audi says the Q4 E-tron Sportback will be the seventh BEV in its range when it enters production in 2021, although the German luxury car maker hasn’t mentioned the third to sixth models preceding it.

One of them is likely to be the GT Sportback, a four-door sedan taking on the Porsche Taycan and next year’s BMW i4. 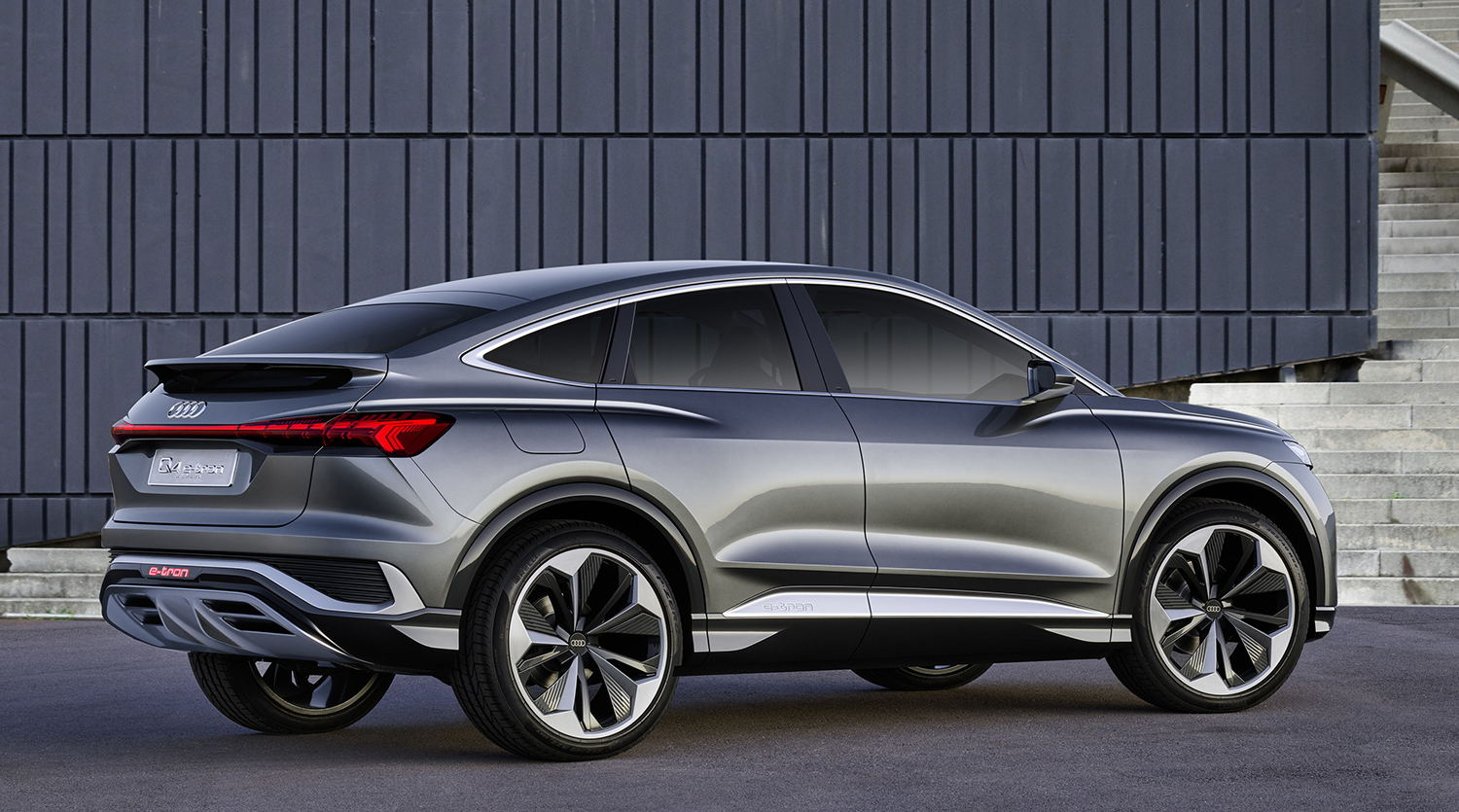