Mine Smart Ferry boards on the Chao Phraya River.

Despite a drop in car sales in February because of the new Covid-19 outbreak, the electric vehicle (EV) industry is upbeat, hoping 2021 is another year of significant progress for the development of its infrastructure.

Higher numbers of EVs, electric ferries and EV charging outlets are expected this year, which gradually moves Thailand towards achieving the government's goal of EVs making up at least 50% of new car production, or 1.25 million units, by 2030.

This target was changed from 30% of new car production following the global trend of carbon neutrality to cope with global warming, which is directly linked to climate change.

The new target, which was pushed by major automakers in Thailand, was announced on March 24.

Kulit Sombatsiri, permanent secretary for energy, played down concerns over the expensive prices of electric automobiles. With EV technology growing rapidly, he believes prices will gradually become more attractive and eventually equal to those of internal combustion engine (ICE) cars by the end of 2040. 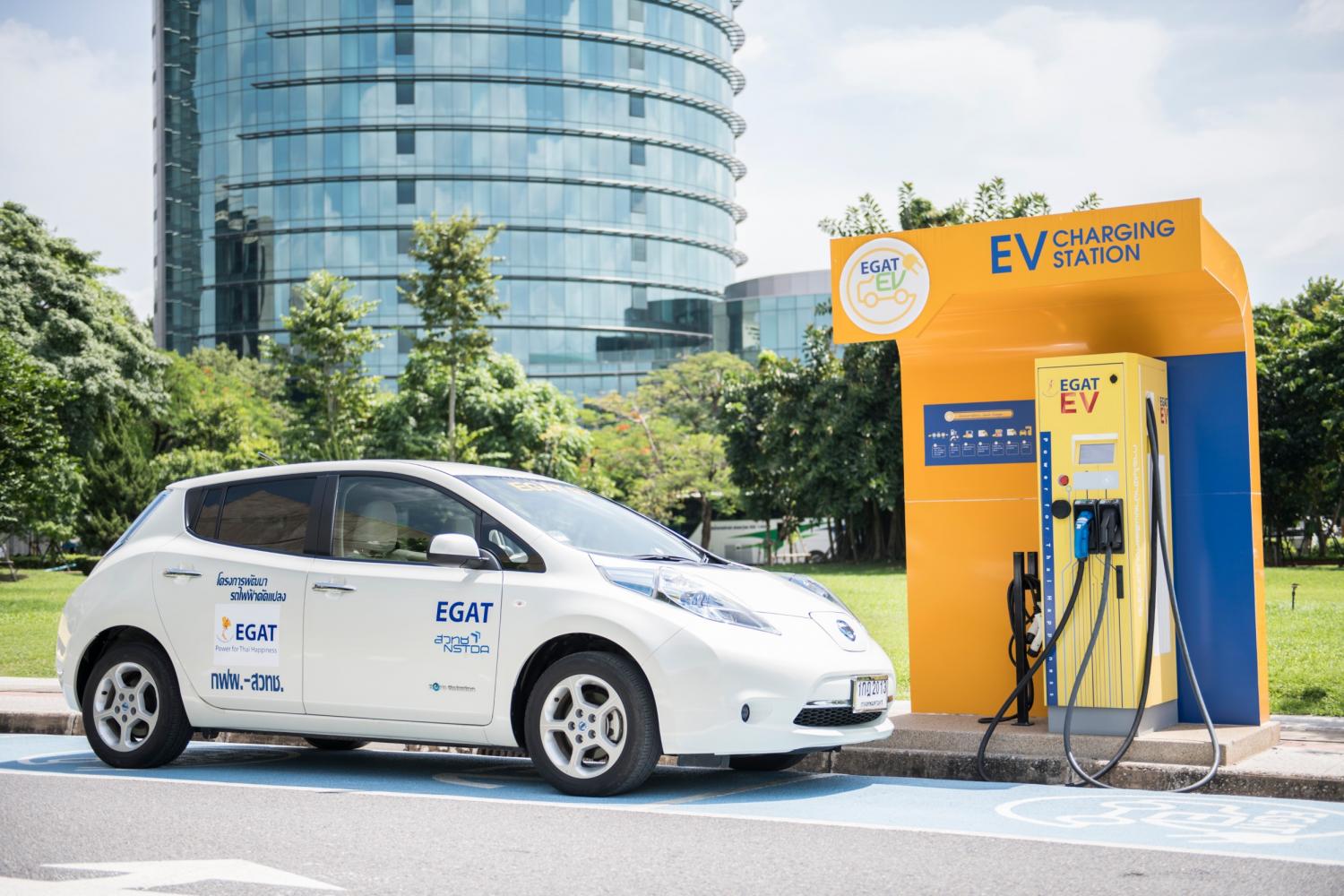 An Egat EV charging outlet, which the company plans to increase to 35 outlets nationwide this year under its EV Business Solutions.

He said the company plans to be a supplier of electric buses for companies awarded contracts to deliver the vehicles to state-run Bangkok Mass Transit Authority (BMTA).

The debt-ridden agency wants to replace its fleet of ageing buses with EVs. The Transport Ministry reportedly said earlier a committee assigned to oversee BMTA's rehabilitation programme would speed up its implementation, which involves renting more than 2,000 EVs to operate bus services across Bangkok.

Electric buses are part of the government's plan to promote EV usage among state agencies.

Mr Amorn said EA also plans to assemble EVs for goods transport in place of taxi services as earlier planned, following a delay in delivering 5,000 EVs to taxi operators due to the Covid-19 outbreak last year.

Its EV assembly plant is scheduled to begin operations in May.

Banpu Plc, a non-oil energy conglomerate, plans to increase the number of electric three-wheel tuk-tuks to 1,000 by the end of this year after the service received a warm welcome from passengers, said chief executive Somruedee Chaimongkol.

Banpu provides this service, along with a new business that leases EVs to motorists for daily and monthly use via Haup Car, another vehicle-hailing app. 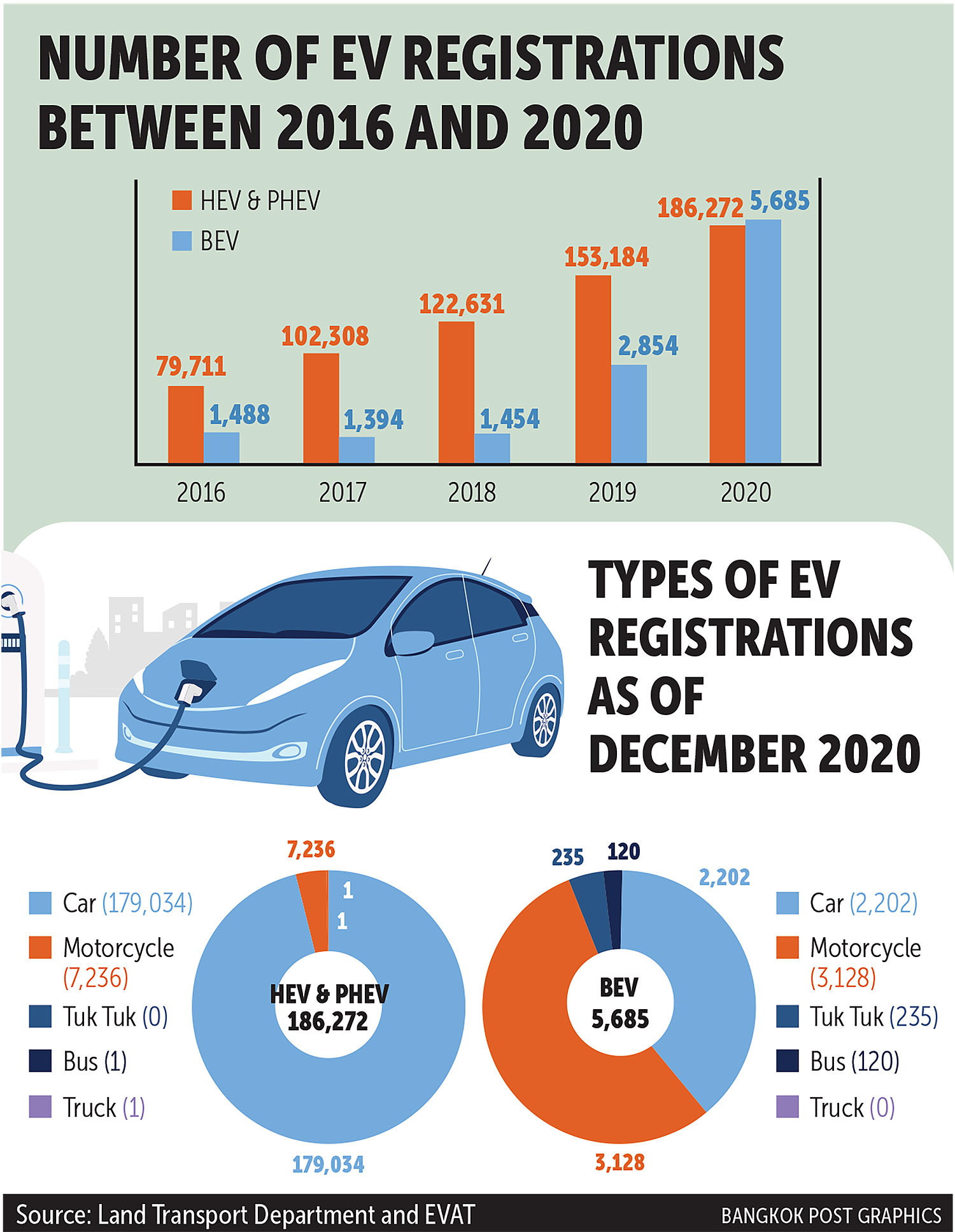 More electric ferries are also scheduled for a section of the Chao Phraya River in Bangkok this year.

After a trial of three electric ferry cruises since December last year, EA plans to add another 23 electric ferries to the river this year.

The electric ferries, developed by EA, are meant to convince boat and ferry operators to move away from diesel-powered engines, which are not good for the environment.

EA has a majority stake in a joint venture, E Smart Transport Co, that operates electric ferries, according to Mr Amorn.

He said EA decided to focus on large EVs such as ferries because their size will have a more powerful impact on people's mindset than EVs or electric motorcycles, making them realise the need to change towards electric mobility.

"The ferries also have noisy engines."

Ferry owners should also consider that assembling a conventional ferry takes a long time because they are heavy, made of timber and steel, he said.

Her company formed a joint venture with its power generation arm Banpu Power to set up Banpu Next, meant to directly oversee energy technology businesses, including EVs.

Banpu is determined to scale up its EV businesses in 2021, said Ms Somruedee. 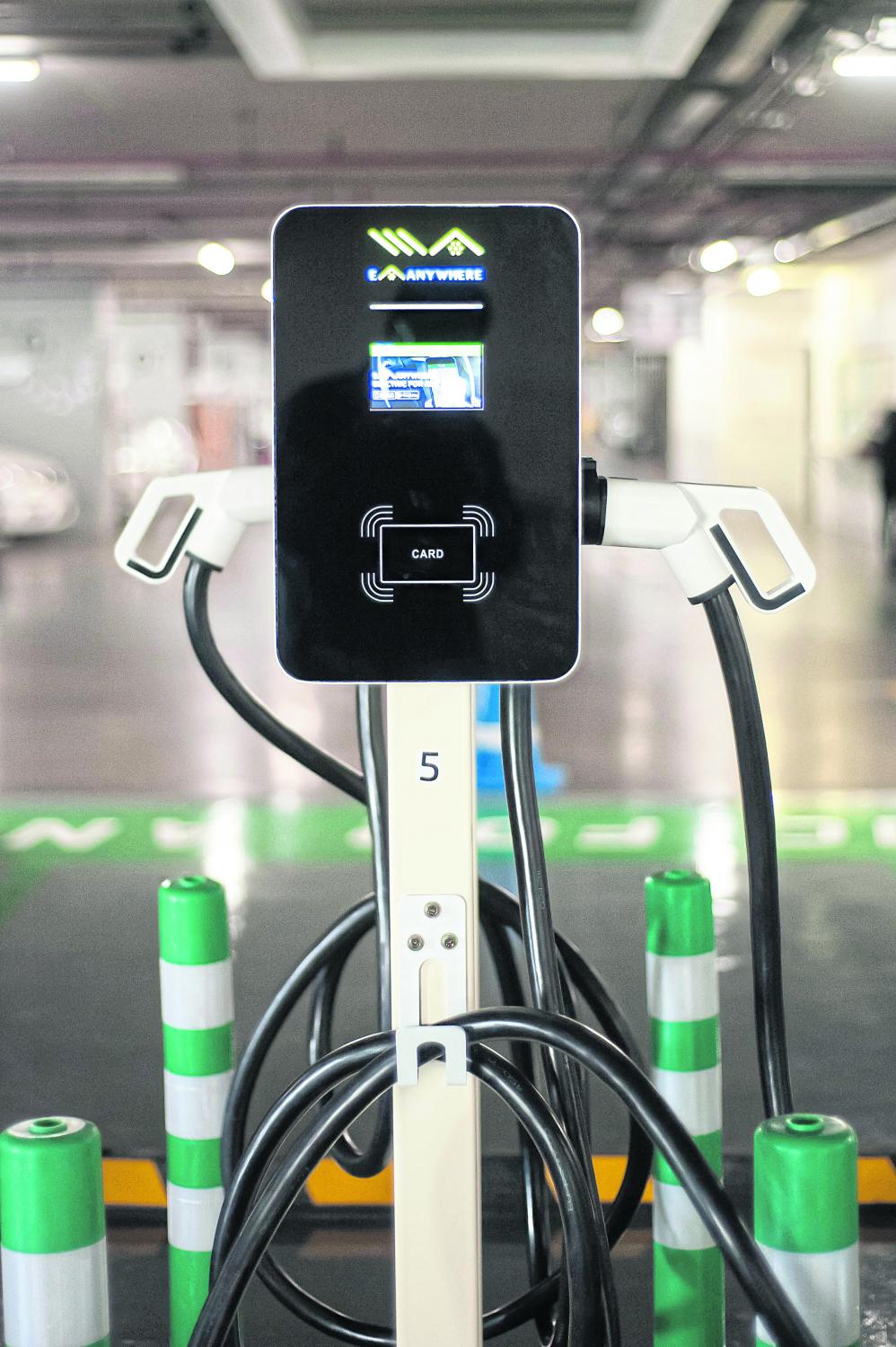 Energy companies expect to make significant progress in building more EV charging facilities this year and developing technology to save time while charging.

The availability of charging outlets and charging time are among the major concerns in the EV industry.

PTG executive vice-president Rangsun Puangprang said the study includes locations for charging outlets and substations on the state power grid, as the technology requires a high volume of electricity.

Mr Rangsun expects the EV charging business to begin to take shape at the end of 2021.

Egat governor Boonyanit Wongrukmit said his agency plans to increase its EV charging outlets, called EleX, to 35 from 13 this year.

EA is also eager to further develop its battery business.

In addition to the development of quick charging outlets for its 270-seat ferry cruises, the company said earlier it expects to start producing one gigawatt-hour lithium-ion batteries at a 6-billion-baht facility in Chachoengsao in June this year.

Production is operated by its subsidiary Amita Technology Thailand.

EA is also working with Chulalongkorn University engineers on a three-year study of lithium-ion battery recycling for EVs.

The study should provide the company in-depth technological know-how before deciding how to expand battery manufacturing.

The research is in parallel with EA's ambitious plan to increase the number of its EV charging outlets to 1,000 by the end of this year.

Other energy firms also have EV charging outlets in their strategies.

SET-listed PTT Oil and Retail Business announced it plans to allocate 450 million baht to add 100 EV charging outlets nationwide this year, up from 33 at present.

Bangchak Corporation Plc, which is mostly state-owned, is teaming up with state-run Provincial Electricity Authority to install 150 fast charging outlets at its petrol stations on highways with high traffic volume this year. 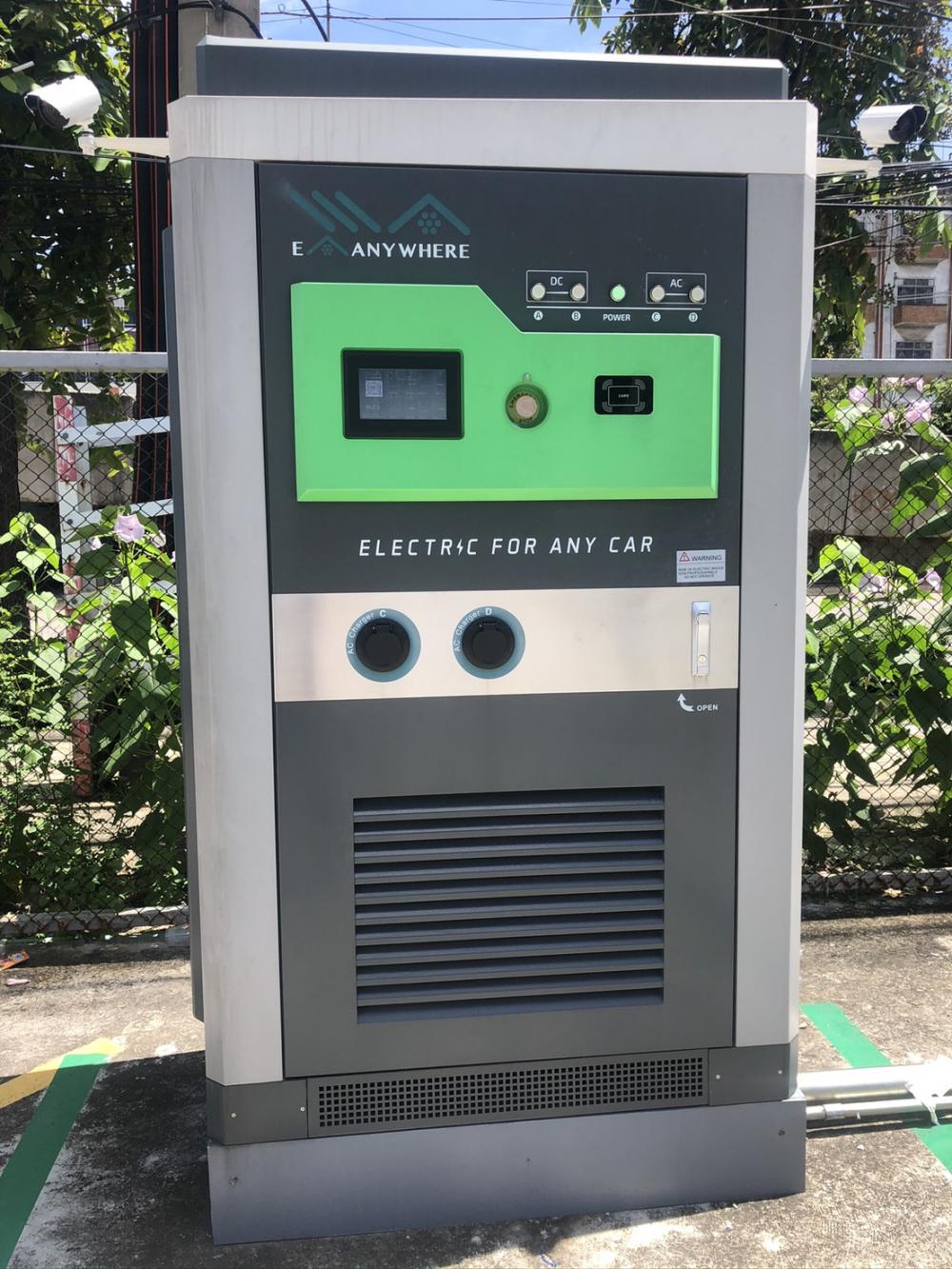 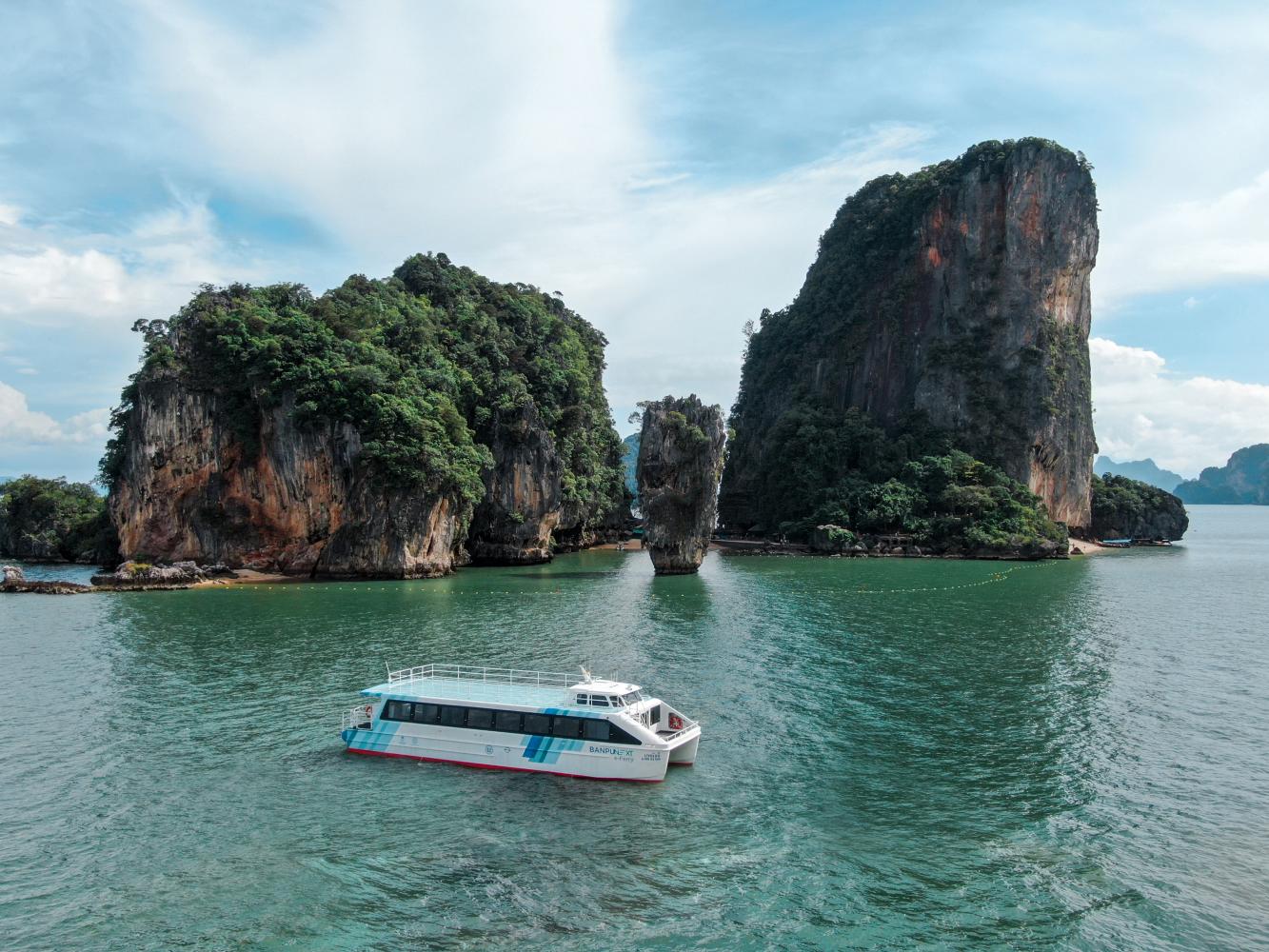 Banpu is determined to scale up its EV business, including its Next e-Ferry, in 2021. 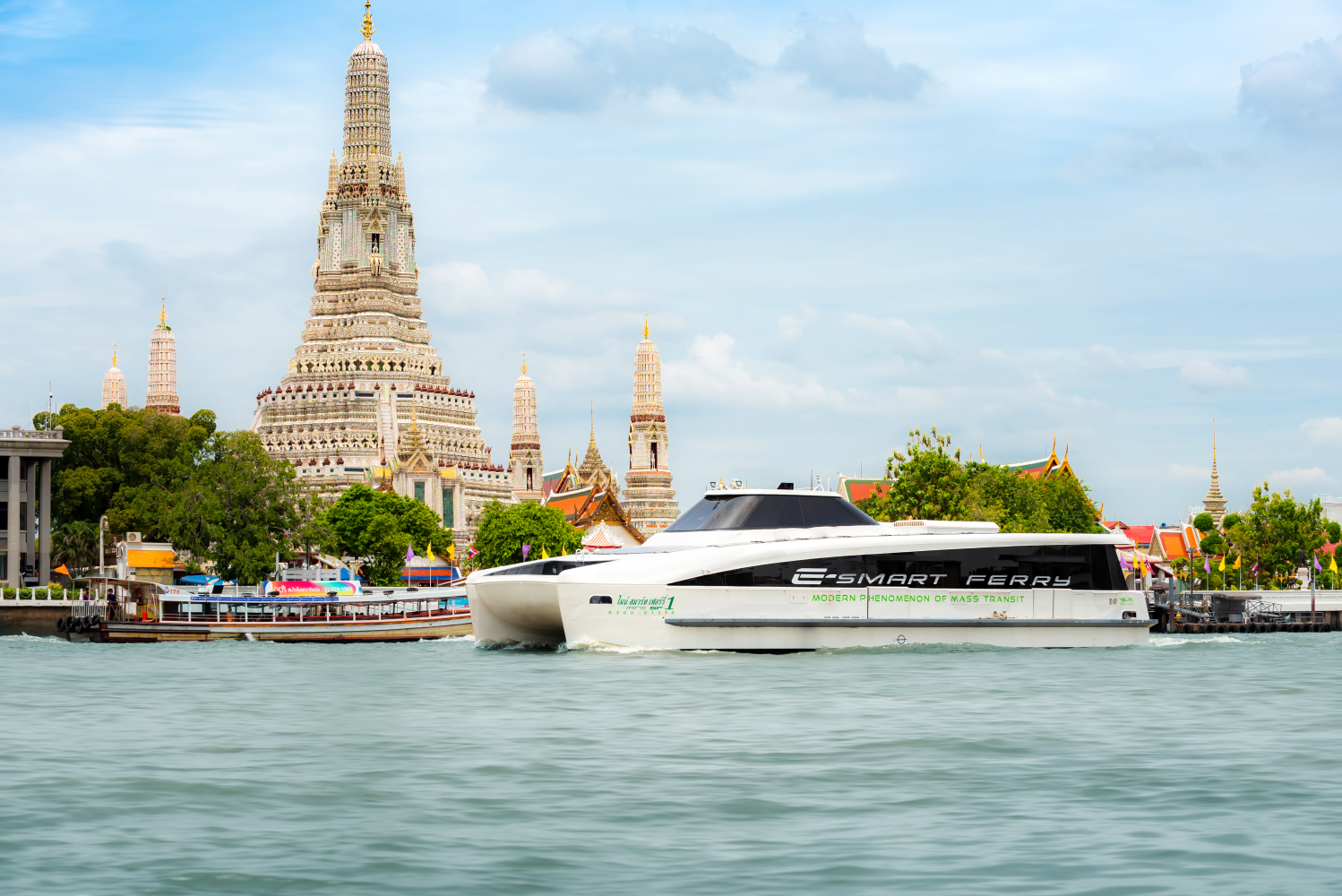 A Mine Smart Ferry express boat on the Chao Phraya River.