The Federation of Thai Industries (FTI) expects car production to grow beyond the target of 1.6 million units this year amid falling Covid-19 infections and an easing of the semiconductor shortage situation.

The better business prospects come after the easing of lockdown in many countries and a greater supply of computer chips, according to the FTI.

The Covid-19 situation is now better than it has been in months, resulting in a boost to business confidence and people's purchasing power, said Surapong Paisitpatanapong, vice-chairman and spokesman for the FTI's automotive club. 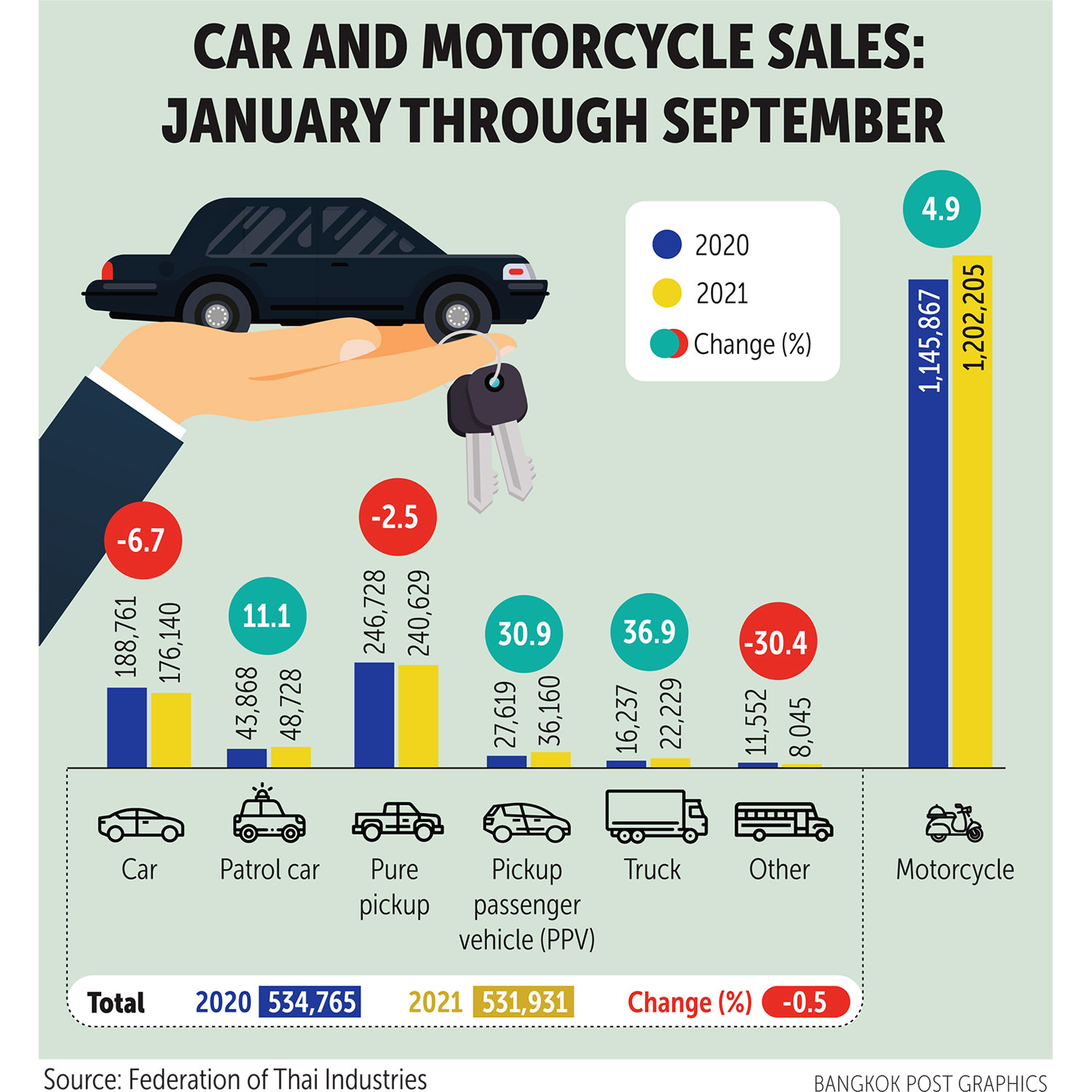 "The state lockdown easing urges people to buy new cars and not to delay plans to receive cars at showrooms," he said.

The government will also reopen the tourism industry, allowing fully vaccinated tourists from low-risk countries to enter Thailand without quarantine from Nov 1. This will lead to a more bustling business atmosphere.

The FTI is also positive about car production as semiconductor manufacturers are supplying more chips to car companies in Thailand.

Over the last two months, semiconductors were scarce amongst automakers, causing some of them to delay production plans for new car models.

Though lockdown easing and more semiconductor supplies may increase production, the automotive club said that it would continue to keep a close eye on the pandemic situation and a potential global chip shortage, as unexpected events may occur.

From January to September, domestic car production increased by 25.6% year-on-year to 1,211,946 units, according to the FTI.

Though car production in September dropped by 6.43% year-on-year to 140,038 units, production prospects are expected to get better.

"People have also become more confident about their future income after the government decided to reopen the country," said Mr Suparat.