Thailand's car exports in March dropped by 10.2% year-on-year to 93,840 units due to a shortage of semiconductors and auto parts, which could become even more scarce because of the Russia-Ukraine war, says the Federation of Thai Industries (FTI). 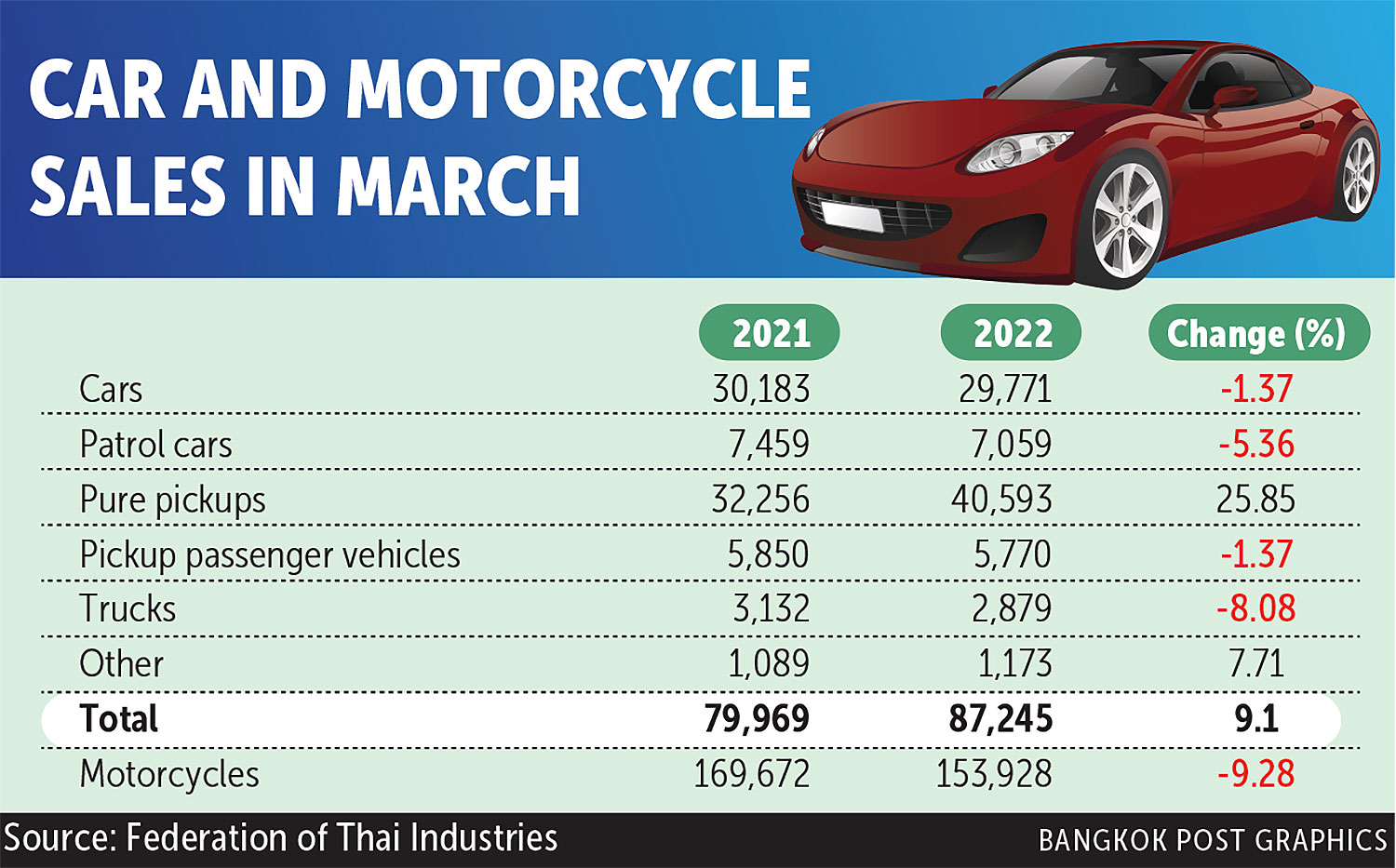 The shortage has affected exports of many car models to the Australian, European and Asian markets, said Surapong Paisitpatanapong, vice chairman of and spokesman for the FTI's automotive club.

The Covid-19 lockdown in Shanghai has been one of the factors behind the shortage of auto parts, eventually impacting global supply chains in the automotive industry.

"There are two key factories there which supply auto parts to Thailand and global markets. We expect the pandemic situation will get better soon," said Mr Surapong.

The federation is also closely monitoring the impact of the war between Russia and Ukraine on global automakers in Thailand, as the unsettled conflict may deal a further blow to the supply of raw materials needed for car assembly.

However, compared with February, the number of car exports in March rose by around 18%.

"The increases were attributed to a range of factors, from the state easing of measures against Covid-19, to the electric vehicle (EV) incentive package to boost EV sales and car bookings at the Bangkok International Motor Show," said Mr Surapong.

"Around 32% were produced to serve higher demand during the Bangkok International Motor Show and Songkran holidays," said Mr Surapong.

The board of the state Oil Fuel Fund on Wednesday resolved to cap the retail diesel price at 32 baht per litre only until Sunday, and will review the price again on Monday, energy permanent secretary Kulit Sombatsiri said.

CANNES, France: Tom Cruise was set to jet into Cannes on Wednesday with "Top Gun: Maverick" as a Russian dissident in the main competition showcases an alternative side to the world's top film festival.