The state passed an incentive package for electric cars, but high prices and lack of charging infrastructure hinder buyers

The lingering question following the launch of the government's electric vehicle (EV) incentive package earlier this year is whether lower prices will be able to attract prospective car buyers.

The government is betting these next-generation vehicles, which are kinder to the environment, will completely replace oil-powered cars, which have dominated the auto market for decades.

In the view of the Federation of Thai Industries (FTI), EV prices may not be attractive enough to bring about a massive change, while the availability of EV charging facilities poses a challenge to EV infrastructure development.

On the supply side, a number of local auto parts suppliers also need more time to fully adopt EV technology, said the group.

Compared with cars using internal combustion engines (ICEs), many EV models are more expensive, priced at more than a million baht, leaving them out of range for many buyers with a limited budget, said Surapong Paisitpatanapong, vice-chairman and spokesman for the FTI's automotive club.

"Research and development on new mobility technology is among the key factors behind high EV prices," he said.

While prices remain a major obstacle for buyers now, the FTI believes EVs will be more affordable in the long term, paving the way for the establishment of a mass market for EVs.

That longer time frame should allow auto parts suppliers to adjust their production, in line with the latest EV technology, said Mr Surapong. 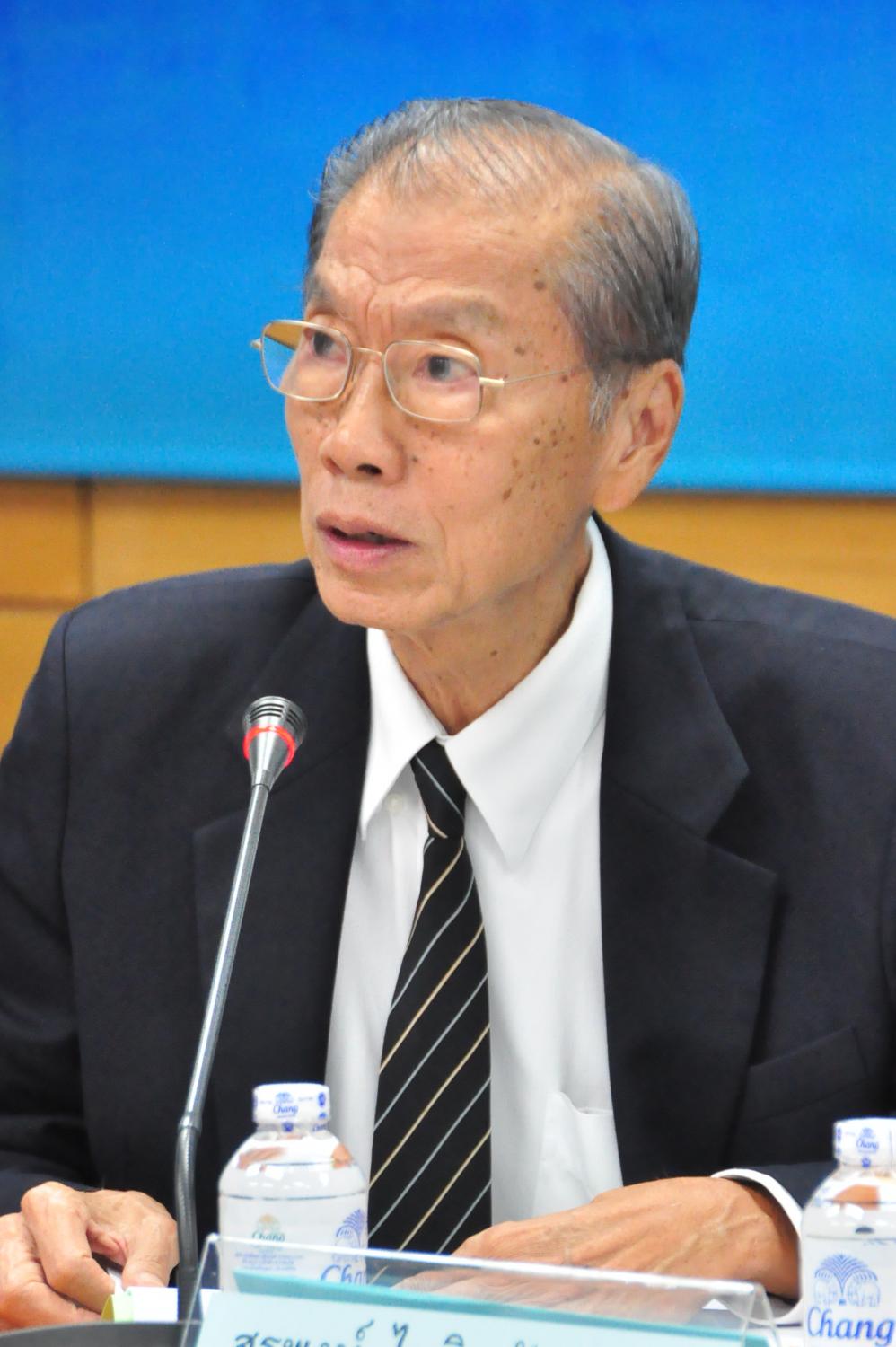 Mr Surapong believes a push for EV industry development will bear fruit in the long term.

EVs have been perceived as cars for affluent motorists and charging infrastructure is still limited to a handful of locations, he said.

EVs have been purchased by small groups of high-income earners who can recharge their vehicles at home or in select areas, such as high-end malls and premium coffeehouses, said Mr Surapong.

Some of the impetus for the government's EV incentives is for the country to become less dependent on fossil fuels.

"EVs are still seen as vehicles for rich people. They will initially serve this niche market, not the mass market," he said.

Pricing will continue to be a major hindrance to people who want to buy EVs, but have limited purchasing power because of high levels of household debt, said Mr Surapong.

Thailand is plagued by huge levels of household debt, rising to more than 90% of GDP recently.

The country is also struggling to escape from the middle-income trap. In the most recent national strategic plan, the government set a target to increase gross national income per person by an average of 70,000 baht to reach 360,000 baht in 2023, up from 290,000 baht in 2019.

Once Thais have more income, EVs may be able to compete with ICE-powered cars, he said.

EV infrastructure is also crucial to the growth of the EV industry as it can influence buyers' decisions, said Mr Surapong.

"EV prices, charging stations and car buyers' confidence in EV facilities are the main factors that can boost the industry," he said.

There are around 6,000 charging outlets to serve 40,000 EVs at present, according to Sharge Management Co, a provider of charging systems for battery-powered vehicles.

The EV incentive package approved by the cabinet in February has become an indispensable part of domestic car events.

The package includes tax cuts and subsidies to promote EV production and consumption during 2022-2023.

The subsidies range from 70,000 baht to 150,000 baht depending on the type and model of vehicle, while there are lower excise tax and import duties on completely knocked-down and completely built-up units.

The financial relief should push up EV sales somewhat, but the market will grow slowly because there is such a wide gap between EV prices and those for ICE-powered cars, said the FTI auto club.

"We expect to have a clearer picture of the EV market in the second half of this year when the EV incentive package will have more of an effect," said Mr Surapong.

ICE-powered cars still dominated car bookings during the 43rd Bangkok International Motor Show, accounting for 31,896 units of 33,936 units overall, according to Jaturont Komolmis, vice-chairman of the motor show and chief executive of Grand Prix International Plc, which organised the 12-day event that ended on April 3.

Mr Jaturont said both brands received a good response from buyers because they signed agreements with the government to join its EV incentive package.

GETTING ALONG WITH EVS

"Many companies are able to align their production with EVs well, while others may lose competition if they fail to adjust to the changes," he said.

Producers that have not been severely affected by the global shift towards EVs are those that manufacture car bodies, doors, interior designs and suspension systems.

"These are necessary parts of cars that do not require much change to serve electric mobility technology," said Mr Krisda.

However, companies involved in manufacturing such key components as engines, pistons, rings and electrical systems will need to make changes to their production or they will face a severe impact from the disruptions in the auto industry, he said.

The National EV Policy Committee announced in March 2021 that it wanted EVs to account for 50% of locally produced vehicles by 2030, part of an ambitious plan to make Thailand a regional EV production hub.

According to the FTI, around 2,500 auto parts companies, including major global suppliers and small and medium-sized enterprises, operate in Thailand as original equipment manufacturers (OEMs), selling their products to the domestic and global markets. Around 700-800 of them are members of the federation.

Up to 80% of OEMs' auto parts are sold to global car manufacturers, with the remaining 20% supplied to the aftermarket.

According to the FTI, its auto parts club is trying to help auto parts manufacturers develop their businesses.

The club has worked on a development plan, with one proposal to improve and upgrade factories so they can diversify into the production of some aircraft components and medical devices to serve these markets in the future.