Thailand's car manufacturing is likely to fall short of a target of 1.8 million units this year due to various factors, notably the protracted global semiconductor shortage, says the Federation of Thai Industries (FTI). 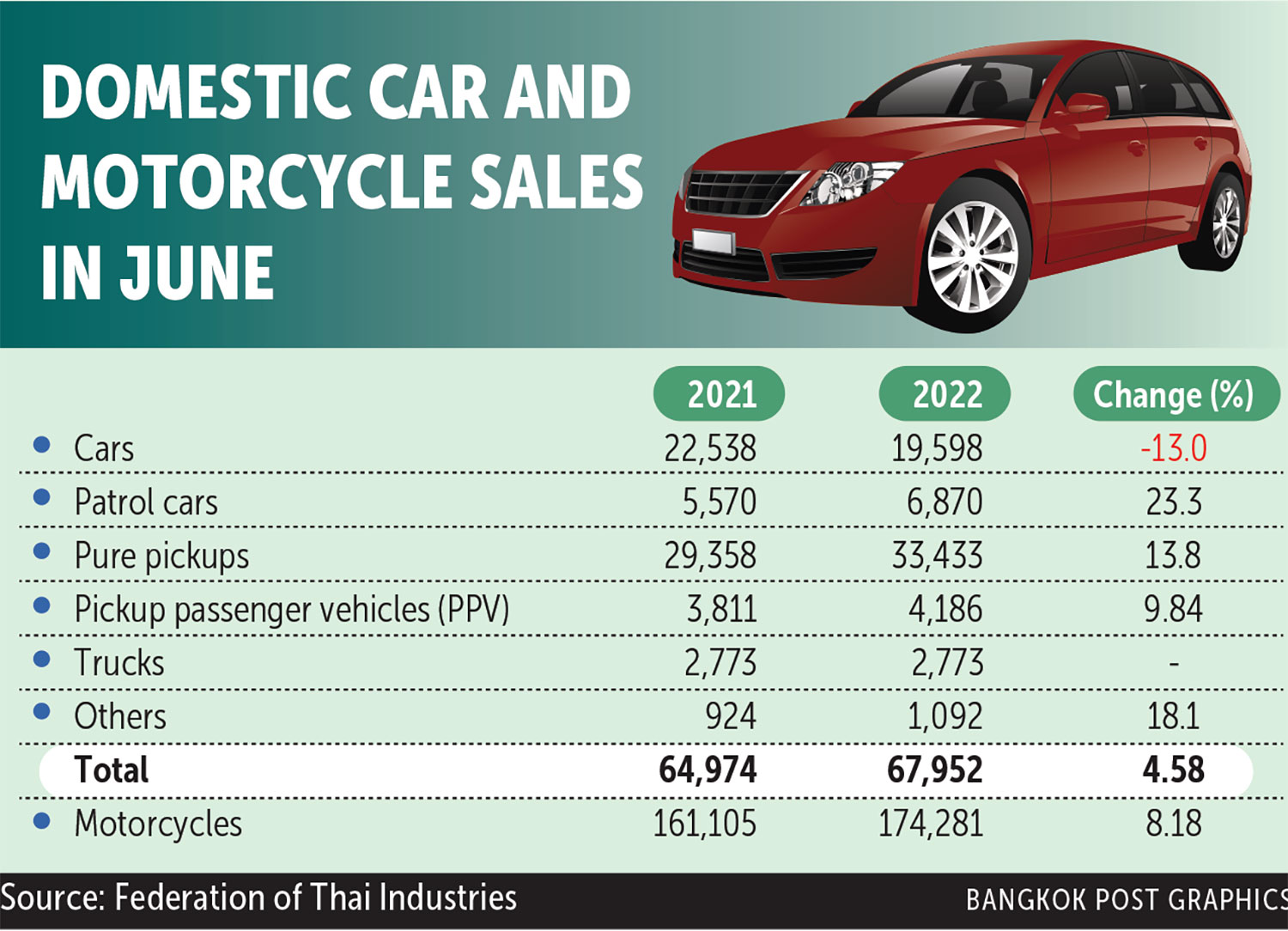 Earlier it was expected Thailand would produce 1 million cars for export with the remaining 800,000 units for the domestic market, but under current economic conditions, the total manufactured this year may decrease to 1.7 million units, said Surapong Paisitpatanapong, vice-chairman and spokesman for the FTI's automotive club.

"The FTI is discussing with global car makers a new car production target. We expect to officially revise down the target next month," he said.

The scarcity of semiconductors has already caused car manufacturers to change their production plans by temporarily suspending making some car models and delaying delivering them to buyers.

Besides the computer chip shortage, other economic factors are also feared to affect car manufacturing this year, said the federation.

China is still implementing a zero-Covid policy to curb the outbreaks of the virus.

The Russia-Ukraine war, which flared in late February, shows no sign of abating. The conflict is blamed for keeping global oil prices at high levels, which are driving up inflation.

There are fears that efforts by central banks to decrease inflation will lead to a global economic recession.