Mr Kimura is pushing ahead with the electric motorcycle business in Thailand.

Thai Honda Co, a manufacturer and distributor of multi-purpose engines, is maintaining its 10% growth target this year, with motorcycle sales expected to stand at around 1.3 million units despite the prolonged semiconductor shortage.

Chip scarcity dealt a blow to manufacturing, but the company believes it can get through the problem, said Shigeto Kimura, president of Thai Honda.

"We have adjusted a business plan to make only certain types of motorcycles, those with so-called 'analogue' odometers," he said.

The company has reduced the production of motorcycles with digital odometers as they require semiconductors, and has focused more on those with traditional odometers, according to Thai Honda.

The company expects the semiconductor shortage to end soon and hopes the ongoing China-Taiwan tension will not worsen chip scarcity. 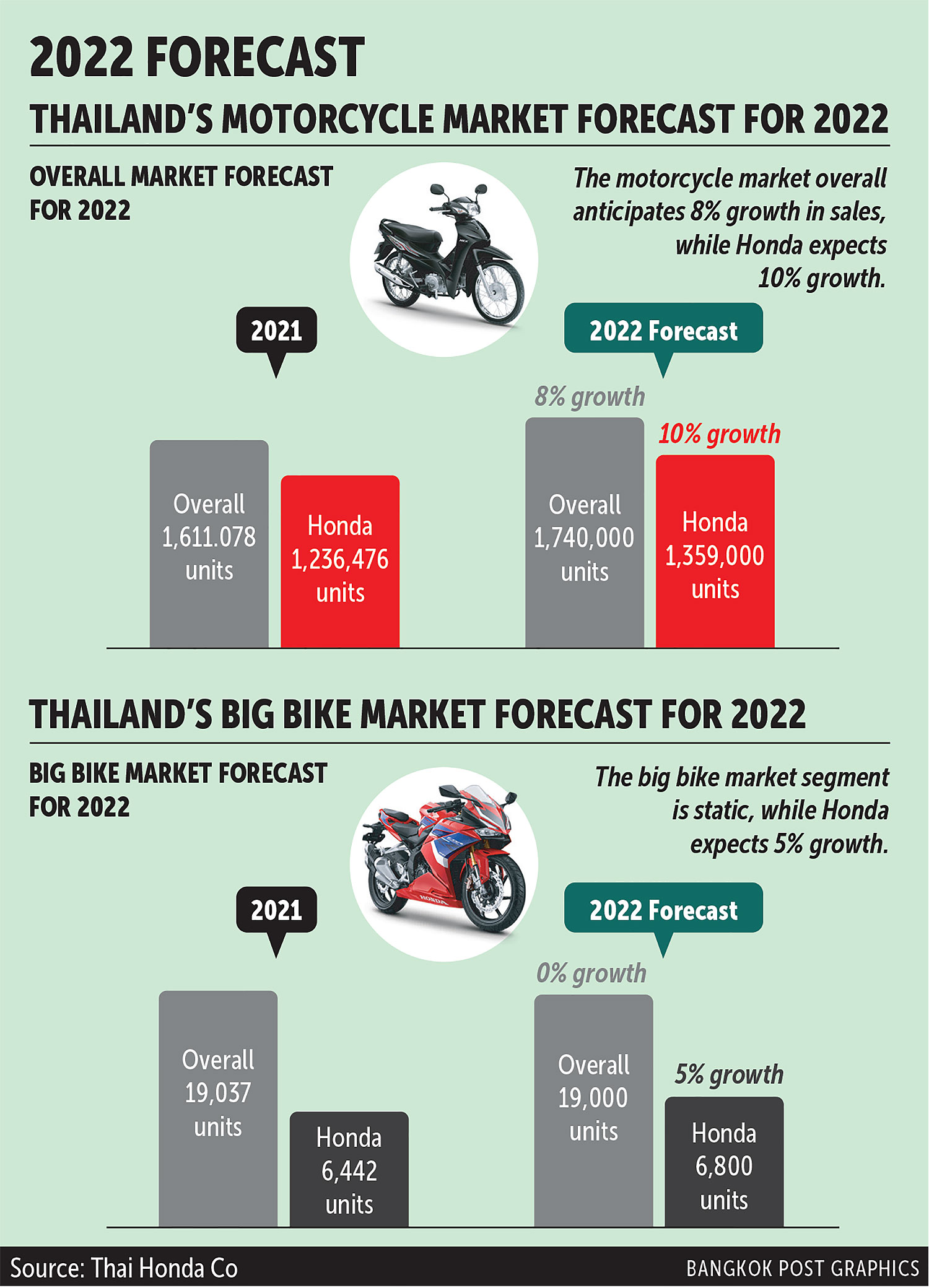 Taiwan is a major semiconductor manufacturing base while China exports silica sand, a key raw material for chipmaking, to Taiwan.

From January to June this year, the company saw its motorcycle sales of all types increase by 3% to 705,487 units.

Big bike sales also increased by 97% year-on-year to 3,421 units in the same period.

Total sales of motorcycles in Thailand during the first half of this year increased by 4% year-on-year to 911,162 units.

Thai Honda expects the Thai motorcycle market to keep growing in the second half of this year, thanks to the reopening of the country and the recovery of the tourism industry.

Thai Honda is conducting a feasibility study on the electric motorcycle business to serve the growing electric vehicle (EV) industry in Thailand. Its parent company plans to sell battery-powered motorcycles by 2040.

"The company is in talks with the Thai government on incentive packages for electric motorcycles as well as charging facilities," said Mr Kimura.

Thai Honda plans to sign a memorandum of understanding with the Finance Ministry to join the state's EV incentive package.