The Federation of Thai Industries (FTI) has downgraded Thailand's total car manufacturing target to 1.75 million units this year as its estimate of more production for domestic sales cannot offset a drop in exports amid geopolitical conflicts and lower consumer purchasing power. 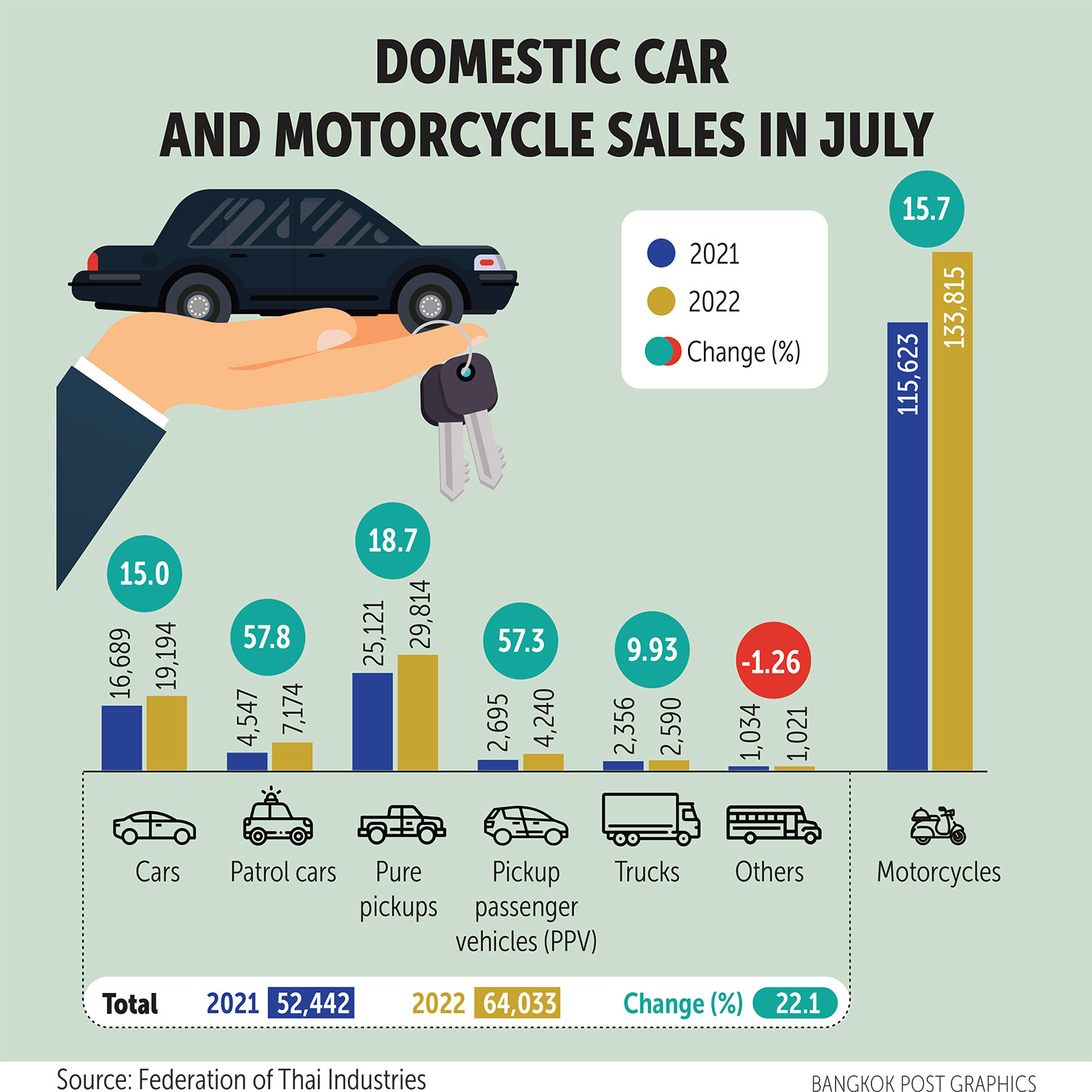 The group's previous target for 2022 was 1.8 million units, but the prediction was made before the Russia-Ukraine war, which worsened the prolonged global semiconductor shortage as the two countries are major exporters of neon gas, a key material for chipmaking.

Lockdown measures to contain the spread of Covid-19 in Shanghai between April and May also contributed to the semiconductor scarcity as the city is a major chip production base.

This affected car manufacturing for export, causing the FTI to adjust the target.

The federation expects car production for export to reduce from 1 million to 900,000, while manufacturing for domestic sales is projected to rise from 800,000 to 850,000 units this year.

"Car exports to Russia and Ukraine also fell by more than 20,000 units as a result of the war," said Surapong Paisitpatanapong, vice-chairman and spokesman for the FTI's automotive club.

He said another factor that caused a drop in exports was Myanmar's announcement in July of a ban on car imports, which will reduce shipments from Thailand by more than 2,000 units.

But amid these unpleasant prospects, car manufacturing for the domestic market is expected to increase thanks to the reopening of the country, aiding both tourism and investments, he said.

"Employment is improved and the daily minimum wage is set to increase. These will enable people to buy or rent more cars," said Mr Surapong.

According to the club, domestic car sales from January to July increased by 15.4% year-on-year to 491,329 units.