September car exports up amid rise in chip supply

More semiconductors are being supplied to the global auto industry, following a decline in demand for chips from the electronics sector, while car exports from Thailand reached their highest level so far this year in September, according to the Federation of Thai Industries (FTI).

The improvement in sales took place at a time when chipmakers were starting to supply more of their products to car manufacturers, including those operating in Thailand, enabling them to assemble specific models whose manufacturing had been delayed due to the prolonged global semiconductor shortage.

"The auto industry has received more semiconductors because computer, electrical appliance and smart phone manufacturers reduced their orders of chips since the second quarter of this year," said Surapong Paisitpatanapong, vice-chairman and spokesman for the FTI's automotive club. 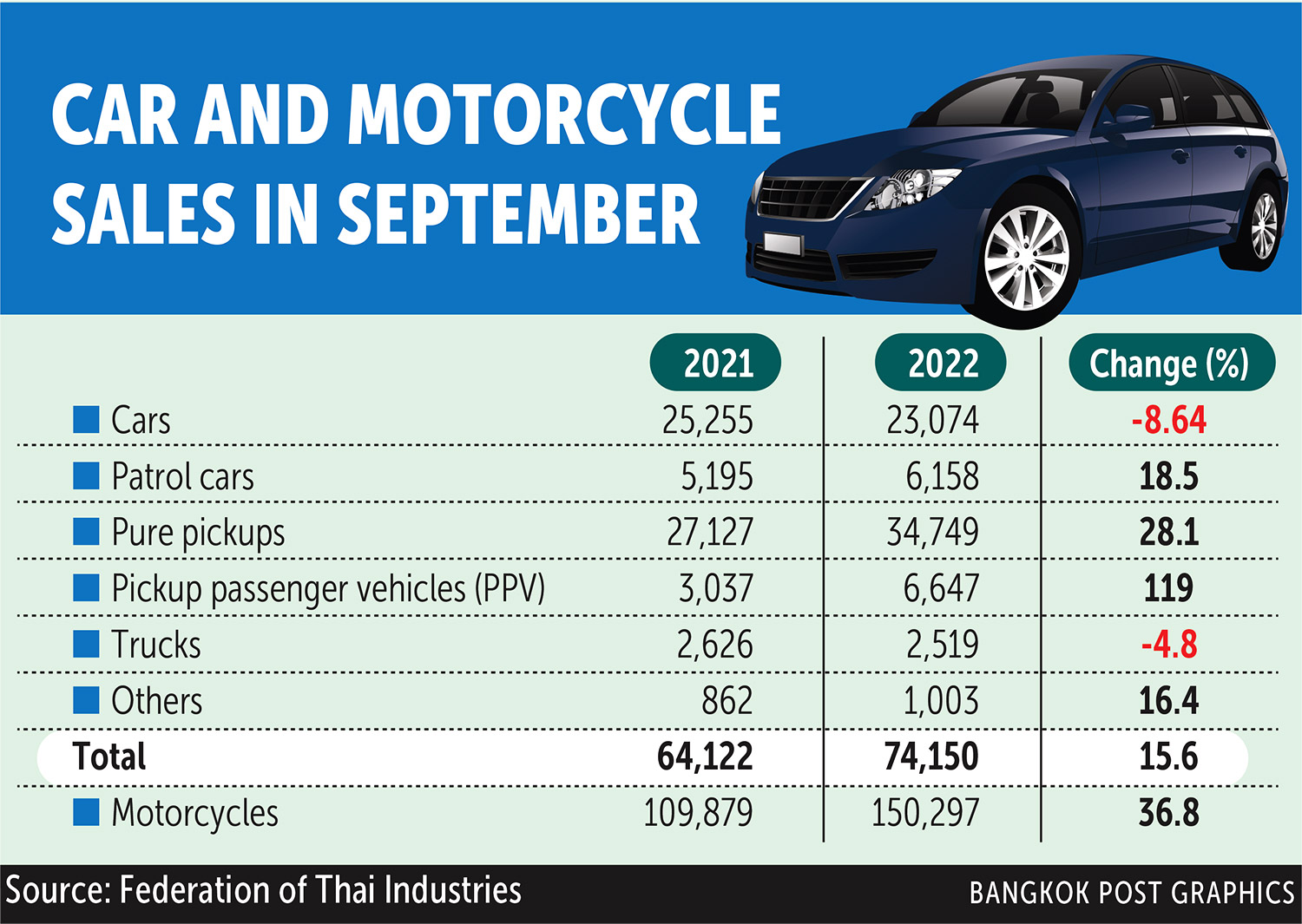 "This is because many countries have terminated their work-from-home guidelines, imposed earlier to contain the spread of Covid-19," he said.

However, global automakers will not see their chip stocks increase immediately because they must wait in a queue for semiconductor shipments, said Suparat Sirisuwanangkura, vice-chairman of the FTI.

This may cause some car companies to continue to delay deliveries of their vehicles.

According to the FTI, the semiconductor shortage had earlier caused car manufacturers to change their production plans by temporarily suspending the production of some of their models, particularly electric vehicles, and delay deliveries of them to buyers.

"It's difficult to say how long the buyers will wait for the cars they ordered from showrooms because the semiconductor shortage still exists and affects the manufacturing of some models," said Mr Suparat.

However, the country's car production overall last month continued to grow by 27.9% year-on-year to 179,237 units, hitting the highest level so far this year.