A woman takes a selfie in front of an electric vehicle being charged at Siam Square, Bangkok. (Photo: Somchai Poomlard)

Chinese electric vehicle (EV) makers are making a foray into Southeast Asia, an untapped market with few established players, as competition ramps up at home in China.

BYD, Great Wall Motor, Hozon and Aiways have all been delivering EVs in countries such as Thailand, with the aim of gaining a foothold in these markets where three million cars are sold on average each year.

"Chinese-made EVs are affordable for customers in Southeast Asian nations, and Chinese EV makers have few competitors there," said Phate Zhang, founder of Shanghai-based EV news site CnEVpost. "Some of the Chinese models have proved to be easy sales [in these markets]."

China is the world's largest EV market, with sales expected to top 6 million units this year, more than double last year's 2.99 million cars. But it is a cutthroat market, as Beijing's drive to encourage the use of EVs has attracted some 200 companies, which have invested tens of billions of United States dollars in developing, designing and assembling electric cars. 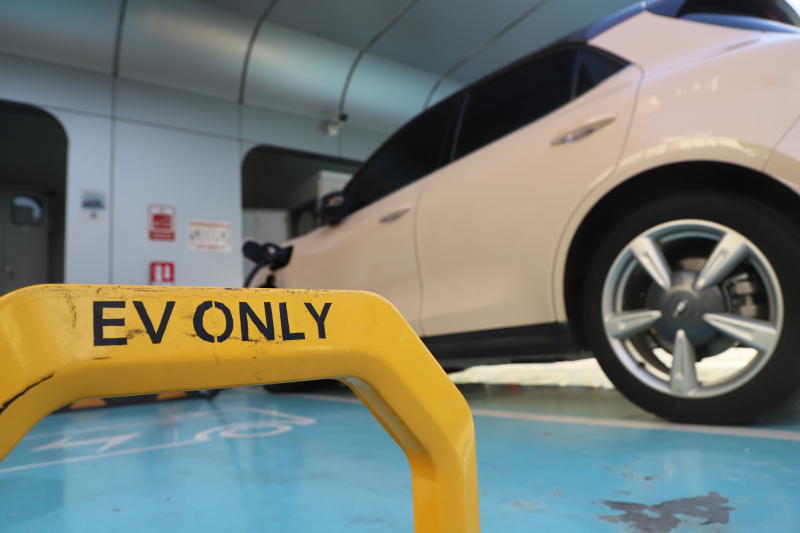 Member countries of the Association of Southeast Asian Nations (Asean) are target markets for Chinese EV companies whose cars range from 100,000 yuan ($14,204) to 200,000 yuan.

"EV markets in Asean countries have yet to take off, but the potential is huge amid customers' rising interest in battery-powered vehicles," said Peter Chen, an engineer with car-parts maker ZF TRW in Shanghai. "Local production will help them win a big market share in the coming decade."

Great Wall, China's largest sport utility vehicle (SUV) maker, sold 8,094 EVs between January and September this year in Thailand, becoming the country's biggest EV player in terms of sales volume. The company acquired an auto assembly plant in Rayong province from General Motors in 2020 and has turned it into a plant with an annual capacity of 80,000 units.

TTB Analytics, a research subsidiary of TMB Thanachart Bank, has forecast that EV sales in Thailand could jump 539% year-on-year to 63,600 units this year, buoyed by government subsidies for EV buyers.

BYD, which dethroned Tesla as the world's largest electric carmaker in the second quarter of this year, has also been expanding aggressively in overseas markets this year. It recently launched the Atto 3 in Thailand, pricing the compact SUV with a driving range of 410 kilometres at $30,984.

The SUV, which is known as Yuan Plus in China, is the first vehicle BYD has designed and made for the global market. BYD said it delivered a total of 143,188 Atto 3 EVs around the world since it hit the market in February.

Hozon, the EV start-up that assembles Neta brand EVs, said it had secured 5,200 orders from overseas markets such as Laos, Myanmar and Nepal.

Beijing hopes that home-grown carmakers such as BYD can grasp core technologies in the EV industry and corner considerable market share abroad. Chinese smart EV start-ups Xpeng and Nio are also looking to expand in Europe, where their sales volume is small as of now 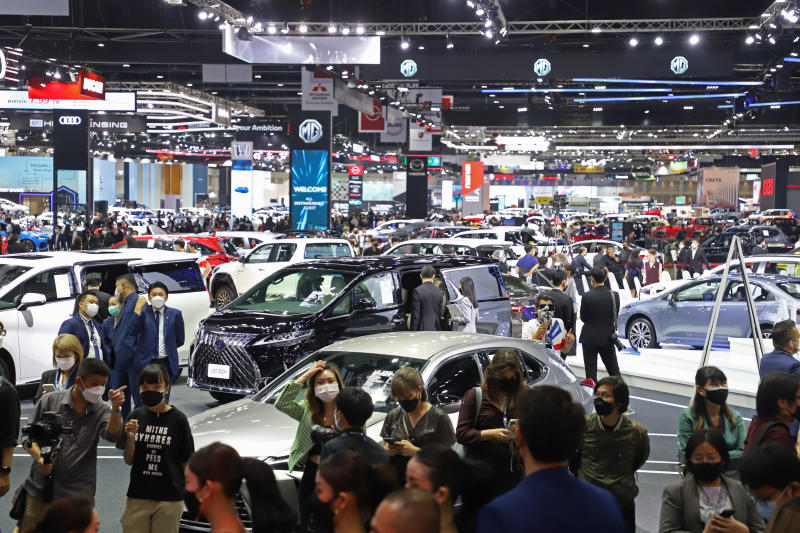 Visitors check out the latest models of cars at a motor show in March 2022. (Photo: Varuth Hirunyatheb)