Battery electric vehicles (BEVs) are becoming more popular with Thai motorists, beating other types of EVs that were previously thought to be better suited to the Thai market as concerns over charging facilities ease, says the Federation of Thai Industries (FTI). 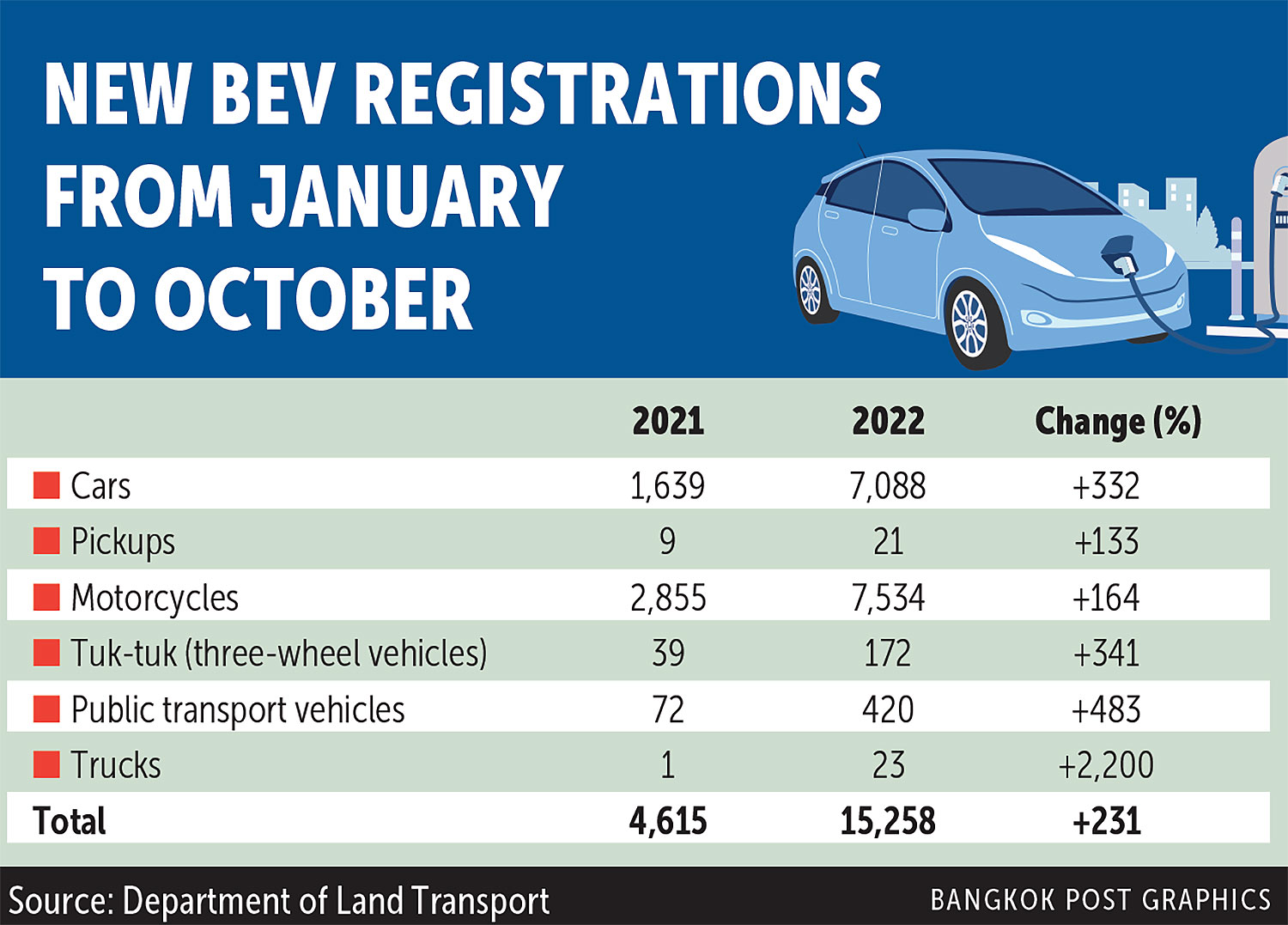 From January to October this year, the number of newly registered plug-in hybrid EVs (PHEVs), which are powered by both electricity and oil, increased by 65.3% year-on-year to 9,691, compared with BEVs that skyrocketed by 231% to 15,258 from the same period in 2021, said the FTI, citing figures from the Department of Land Transport.

PHEVs were earlier viewed by some auto market analysts as having the potential to grow in the domestic market because of limited EV charging outlets, which are usually located in big cities, making consumers reluctant to buy BEVs.

The main concern was driving long distances without a charging facility.

This trend pleased Deputy Prime Minister Supattanapong Punmeechaow as he is helping the government promote higher usage of EVs as a way to cut carbon dioxide emissions in Thailand.

The increase in BEV numbers resulted from a number of factors, ranging from the availability of charging facilities to a two-year EV incentive package that was launched in February, said Mr Surapong.

The number of EV charging stations has increased to 869, with chargers tallying nearly 3,000 units, Mr Supattanapong told an earlier forum held by the Bangkok Post.

OR plans to develop EV charging facilities both inside and outside its petrol stations, while companies like Sharge Management, a provider of charging systems, said this year it would expand its EV charging business to housing and condo projects where construction was completed, but there was a lack of EV charging infrastructure.

According to the FTI, during the first 10 months this year the number of newly registered hybrid EVs (HEVs) increased by 78.3% year-on-year to 54,847.

Like PHEVs, HEVs run on both oil and electricity, but the latter cannot be plugged in to charge the battery, which is instead charged through regenerative braking and by the internal combustion engine.

The total number of HEVs on the road is still higher than BEVs.