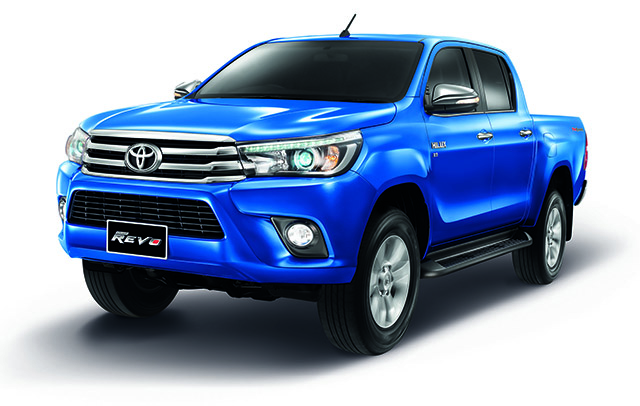 Toyota has staged the world premiere of its eight-generation Hilux in Thailand today after selling its direct predecessor for 11 years.

Developed as a replacement for the Hilux Vigo, the Hilux Revo gets a new diesel engine family under the GD code. The two four-cylinder motors highlight more low-end torque and efficiency rather than outright power when compared to its predecessors.

There’s also a petrol version, which is an upgraded version of the 2.7-litre four-cylinder now featuring dual variable valve-timing control. Outputs are rated at 166hp and 245Nm. 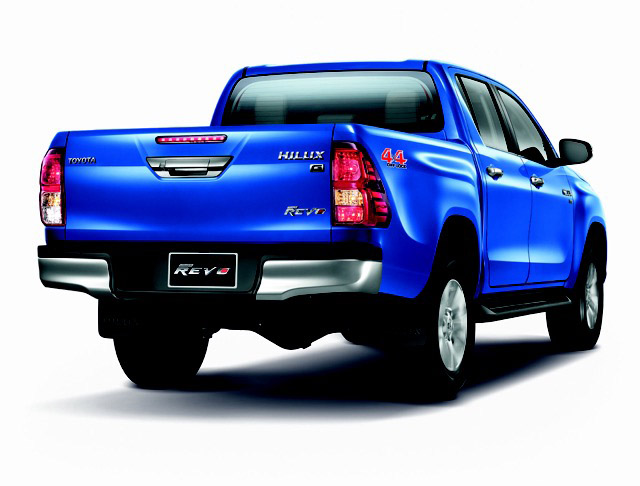 There are options of six-speed manual or automatic gearbox, 2WD or 4WD and standard, extra or double cab.

The use of the upgraded transmissions (from the previous five-speeders) and automatic stop/start system is claimed to improve fuel economy by 10%. 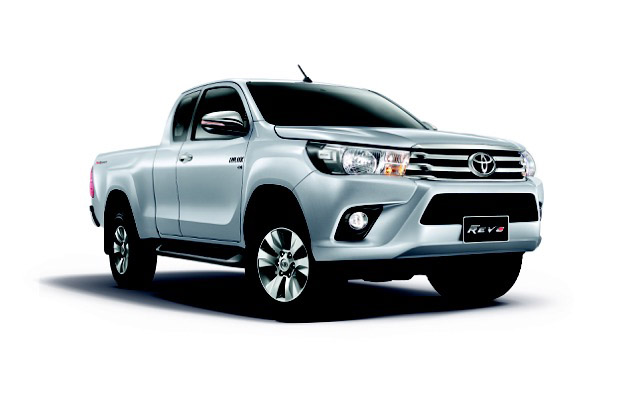 Toyota says the chassis has been stiffened up by 20%, while the wider dimensions of the vehicle help for increased grip and better cornering ability.

Toyota has developed three types of suspension settings for the Revo including standard, heavy duty and comfort. The latest setup has been chosen for the Revo’s launch in Thailand. 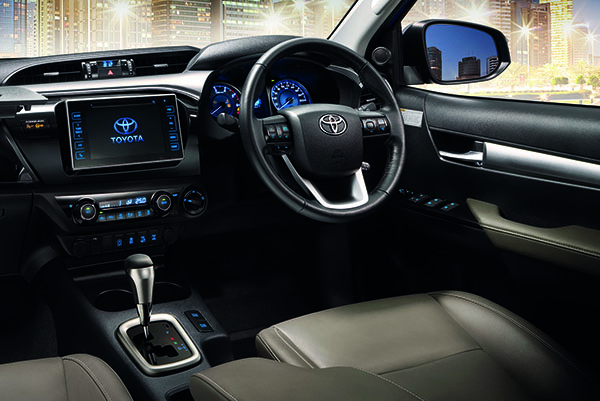 In a bid to attract more buyers to its workhorse vehicle, Toyota has given the Revo more car-like exterior and interior design cues aping those of the Corolla compact saloon.

The front end of the Revo is emphasised with projector-type head lamps with LED daytime-running lights. 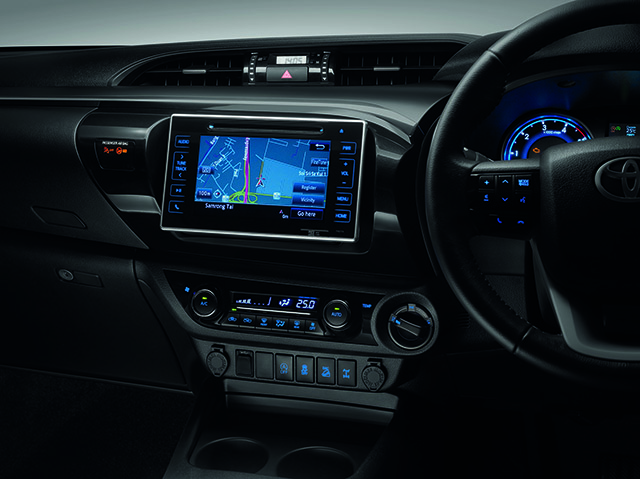 Inside, there’s a 4.2-inch multi-information display, 7-inch touchscreen to operate the audio and navigation systems and a steering wheel that adjusts for both reach and height.

Depending on model and grade, safety features includes rear-view parking camera, traction and stability control and front, side, head and driver-side knee airbags. 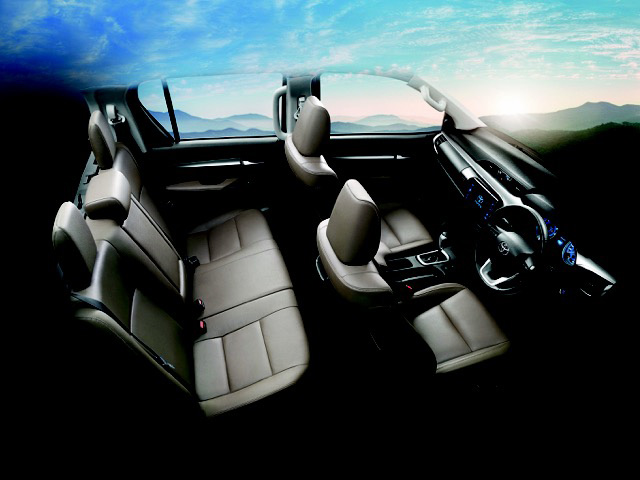