The 2016 Camaro SS was introduced on May 16, 2015. It's the most powerful Camaro SS in the car's history, with a new 6.2L LT1 V-8 engine producing an estimated 440 horsepower and 450 lb-ft of torque. It is offered with an all-new eight-speed automatic transmission, as well as a six-speed manual.

GM's sixth-gen muscle car gets a new four-pot motor, but Thais are more likely to care about the faster ZL1.

They seem to just refine the design ...

That's probably the case for the sixth-generation Camaro from Chevrolet. Which couldn't be a bad thing because its predecessor was deemed a success in design terms.

General Motors' latest muscle car retains the familiar silhouette, but it now sees a sleeker front and rear end. Note the "kinked" C-pillar design which is a cue carried over and is an original element of the first-gen Camaro. 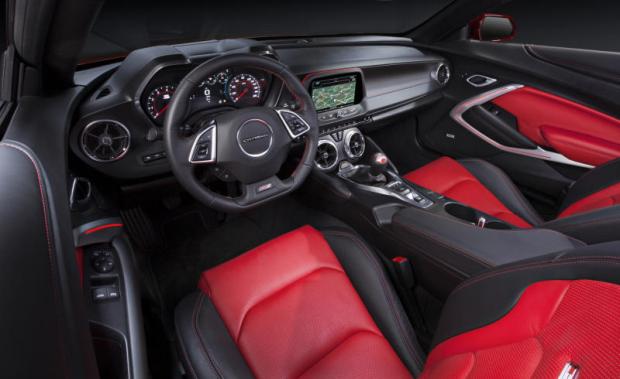 Is it lighter than before?

New cars these days usually tend to be lighter than their preceding models, in order to benefit reduced fuel consumption.

Chevrolet says the Camaro is around 90kg lighter than before, thanks to more use of aluminium under the skin. The body is also claimed to be stiffer than before for better handling.

Chevrolet hasn't mentioned whether this has eroded cabin practicality. But as Life found out with the fifth-gen Camaro, it was a touch too big on the move and not really short on interior space.

This means that the decision to shrink the new Camaro in size should make it a more agile sports car to steer, yet still liveable inside. 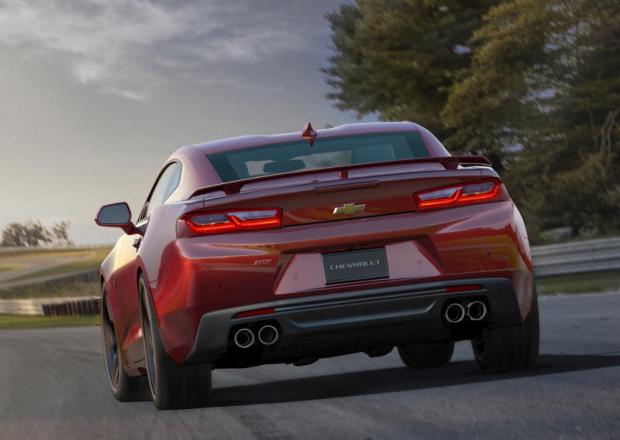 Camaro may look familiar, but it's now sleeker in design.

Is there still V8 power?

Definitely, because that's the American muscle car tradition. The most powerful engine announced yet for the new Camaro is 455hp 6.2-litre V8 with cylinder deactivation technology.

All have six-speed manual or eight-speed automatic gearbox to choose from. But whichever transmission you opt for, Chevrolet promises aural thrills from all engine variances. Plus, there's a new drive select mode to choose settings of the chassis, engine and transmission.

The least potent option is expected to appeal to enthusiasts needing some economy without sacrificing too much on performance. The 0-100kph is claimed "within 6sec" and consumption at 12.8kpl.

Sounds like the real deal. How much does the SS cost?

The Camaro's pricing hasn't been revealed yet. However, it shouldn't err much from the latest Mustang whose right-hand-drive models are slated to be available from early next year.

Ford Thailand isn't selling the Mustang officially yet. However, if sourced independently from UK dealers, the four-cylinder version costs around 4.5 million. And for just 1.5 million baht more, fans can get the 421hp V8.

Given that scenario, there shouldn't be much price disparity between the three versions of the Camaro. So, you might as well just go for V8 muscle, which should cost just as much as the Mustang equivalent.

Will Chevy Thailand import it?

Life has learnt that Chevrolet Sales Thailand wishes to wait for a little while for the ZL1 version because when it comes to American muscle cars, Thais want lots of power for utmost performance.

The outgoing Camaro with ZL1 spec came with 580hp supercharged V8 going for just over 7 million baht in the Thai grey market.

Speaking of this go-faster Camaro, Chevrolet says the new Camaro in SS form can outhandle the ZL1 in the fifth-gen package.

That said, the next ZL1 based on this new Camaro does really seem to be an enticing option. 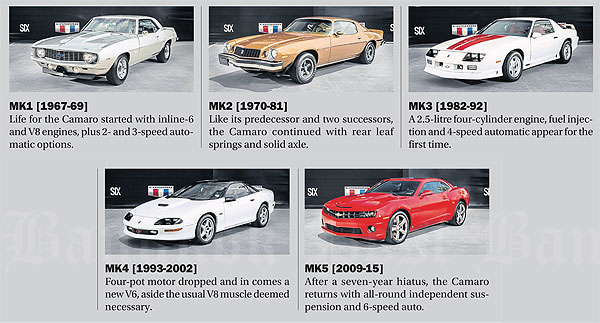