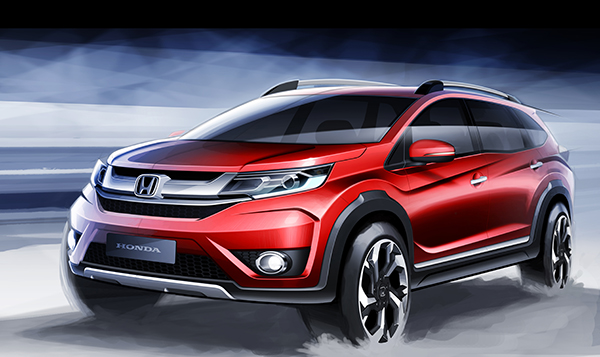 Yes, because that’s where the volume is, particularly in this part of the world. What you see here in official sketches is the Honda BR-V, a brand new seven-seat SUV.

The BR-V has been developed by the R&D units of Indonesia and Asia-Pacific, the latter office being located in Thailand.

The BR-V makes its debut at the Indonesian motor show late August in near-production trim and was first previewed as the XS-1 Concept last year.

Does it slot below the HR-V?

Most likely. Honda hasn’t disclosed the BR-V’s dimensions or its platform. But judging from its looks in these sketches, the BR-V shares a similar waistline design like in the Brio-based Mobilio mini-MPV.

However, Honda has announced that the BR-V will come with a 1.5-litre petrol engine, as used in the City and Jazz, with the choice of two “advanced” transmissions. Honda is also promising lots of safety features.

Hopefully. Will it be sold in Thailand?

The only thing Honda has said is that bookings for the BR-V will open at the Indonesian motor show.

However, sources say the BR-V is most likely to also be sold in Thailand where the compact SUV trend is booming. Good evidence of this is the HR-V which now has a waiting list of over six months for those wanting the top-spec model. 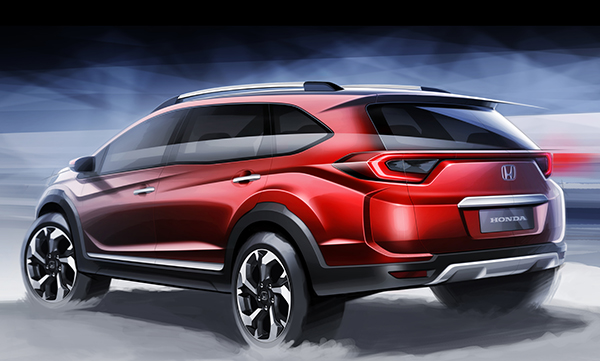