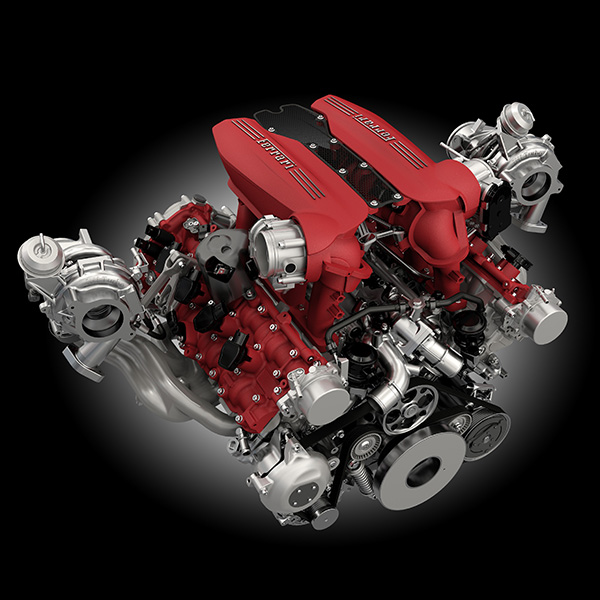 Announced at an award ceremony held in Stuttgart, Germany yesterday, the motor – used in the 488 GTB and Spider with 670hp of power on tap – was credited for maintaining the performance, responsiveness and character enthusiasts have come to expect of Ferraris.

Judged by 63 motoring journalists from 31 countries around the world including Richard Leu, Thailand’s sole representative from the Bangkok Post, the outcome continues to prove that the engine-downsizing principle – to additionally help reduce fuel consumption and CO2 emissions – is here to stay.

The 488’s turbocharged eight-pot powerplant has been developed to replace the 458 predecessor’s 4.5-litre naturally aspirated V8, which has won the Performance Engine sub-category four times since 2011.

The 488’s bi-turbo V8 also took top honours in the New Engine class. In second was Volvo’s 2.0-litre petrol engine with turbocharging, supercharging and electrification technologies as used in the new XC90. Third place went to Porsche’s 3.0-litre flat-six that was designed to replace the 3.4- and 3.8-litre non-turbo units of the pre-facelift 911 models.

The winners in the other categories were as follows: