Toyota’s latest Corolla now has the Thai market’s most price-attractive petrol-electric drivetrain to choose from. 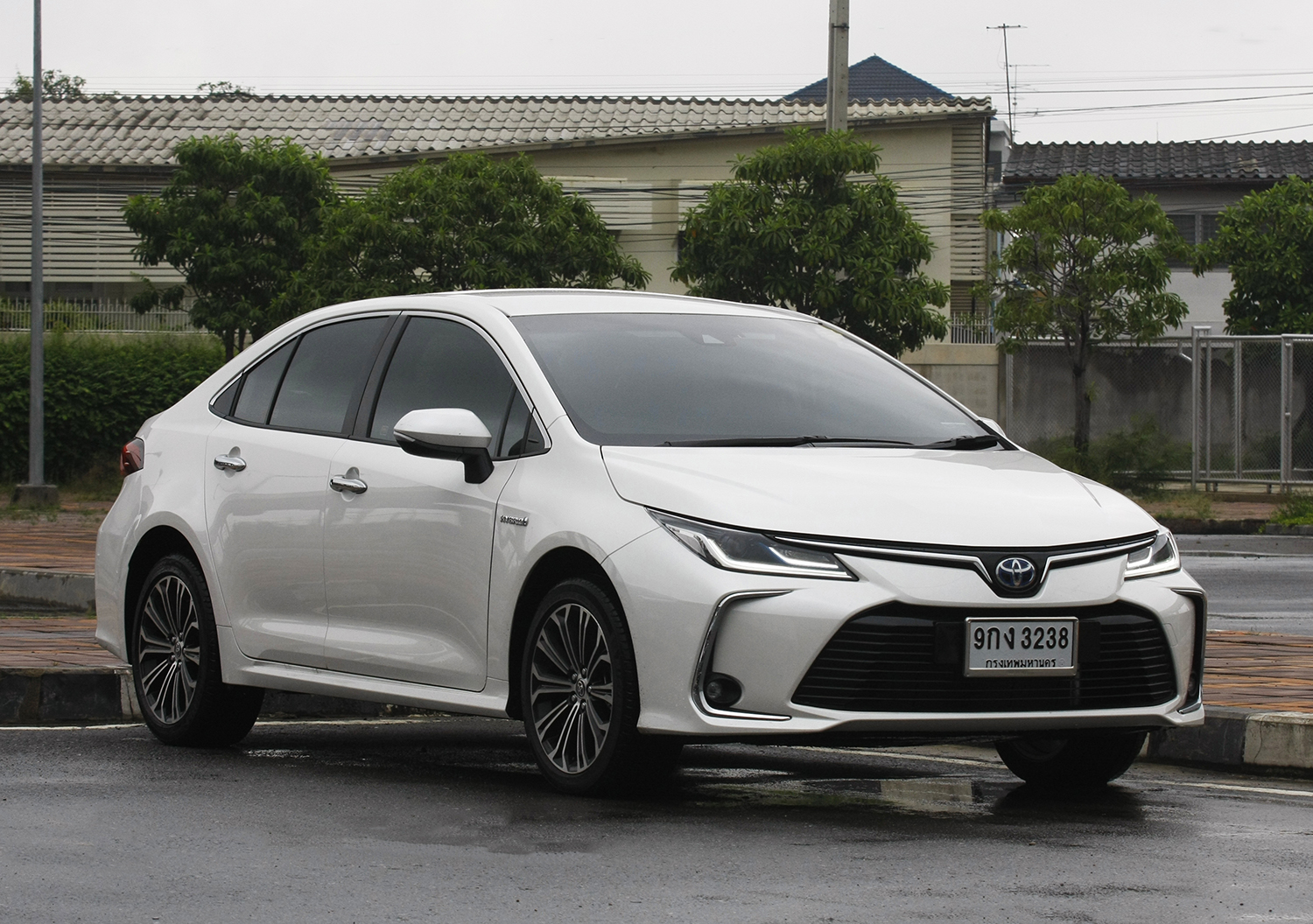 For the first time ever in Thailand, the Toyota Corolla Altis now has a hybrid option to choose from.

It’s the fourth petrol-electric model Toyota Motor Thailand is selling on an official basis following the C-HR, Alphard/Vellfire and Camry. At the same time, the Corolla is the only C-segment sedan to be available with hybrid in the country (if you don’t count the discontinued Civic Hybrid in previous-generation form).

Since the Corolla is very close in size and weight to the C-HR, it inherits the same hybrid drivetrain combining 1.8-litre petrol engine and an electric motor backed by nickel-metal hydride batteries.

To save your precious time, Entry doesn’t give you stuff like electric seats or rear parking camera. Mid does, with several other items as well. High, meanwhile, sees an array of driving aids, plus sat-nav and head-up display.

Spec-on-spec, the Corolla Hybrid is around 60-80k cheaper than the C-HR Hybrid. Better, the latter doesn’t feature the price-led Entry trim.

And with most of the C-segment competition becoming dearer than ever with prices nearing one million baht, the Corolla Hybrid seems to be a good deal just looking at the static test. 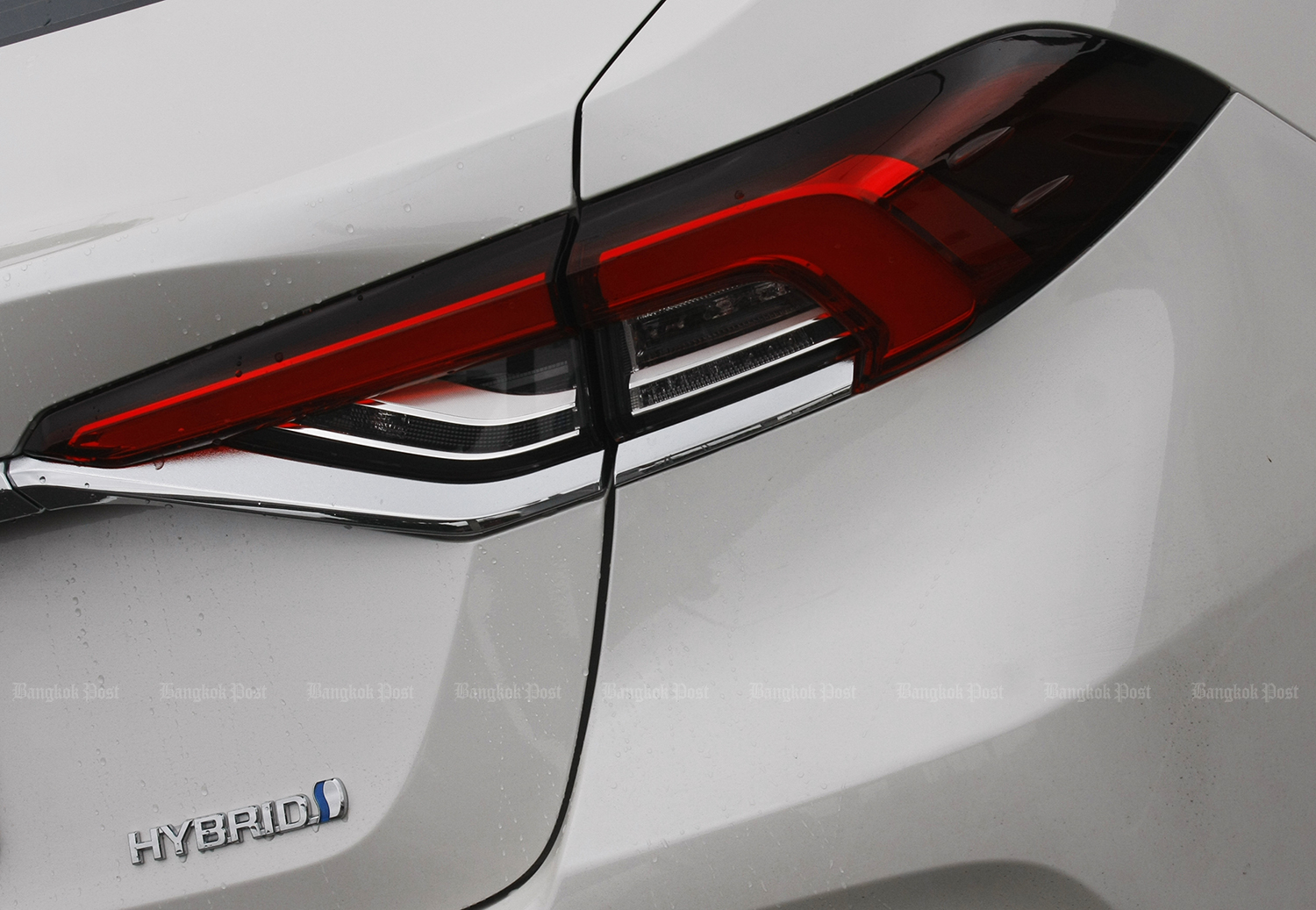 Thanks to the presence of an electric motor that can assist the petrol engine or solely drive the car briefly at low speeds, the Corolla Hybrid is the most fuel-efficient in-class especially around town. Even circa-600,000 baht Ecocars can’t realistically match.

Of course, the Corolla Hybrid isn’t as powerful outright as the similarly priced Honda Civic, Mazda 3 and non-turbo 1.8 of another Corolla, but it doesn’t feel sluggish and actually possesses enough grunt at all times.

And because the Corolla is a sedan, it will always feel more car-like to drive than the C-HR SUV, which also has to throw in the towel when it comes to airiness for rear occupants.

While the non-turbo 1.8 is trying to woo the young with its GR Sport attire, the Corolla has a tidier design thanks to no spoiler and skirts. Plus, the Corolla Hybrid’s front end is similar to that of Camry big-bro which might sound like a nice thing for some people.

While features do cost money, the 8in touchscreen, digital instrument panel and head-up display lend the cabin a dose of hi-tech appeal to go nicely together with the hybrid drivetrain. 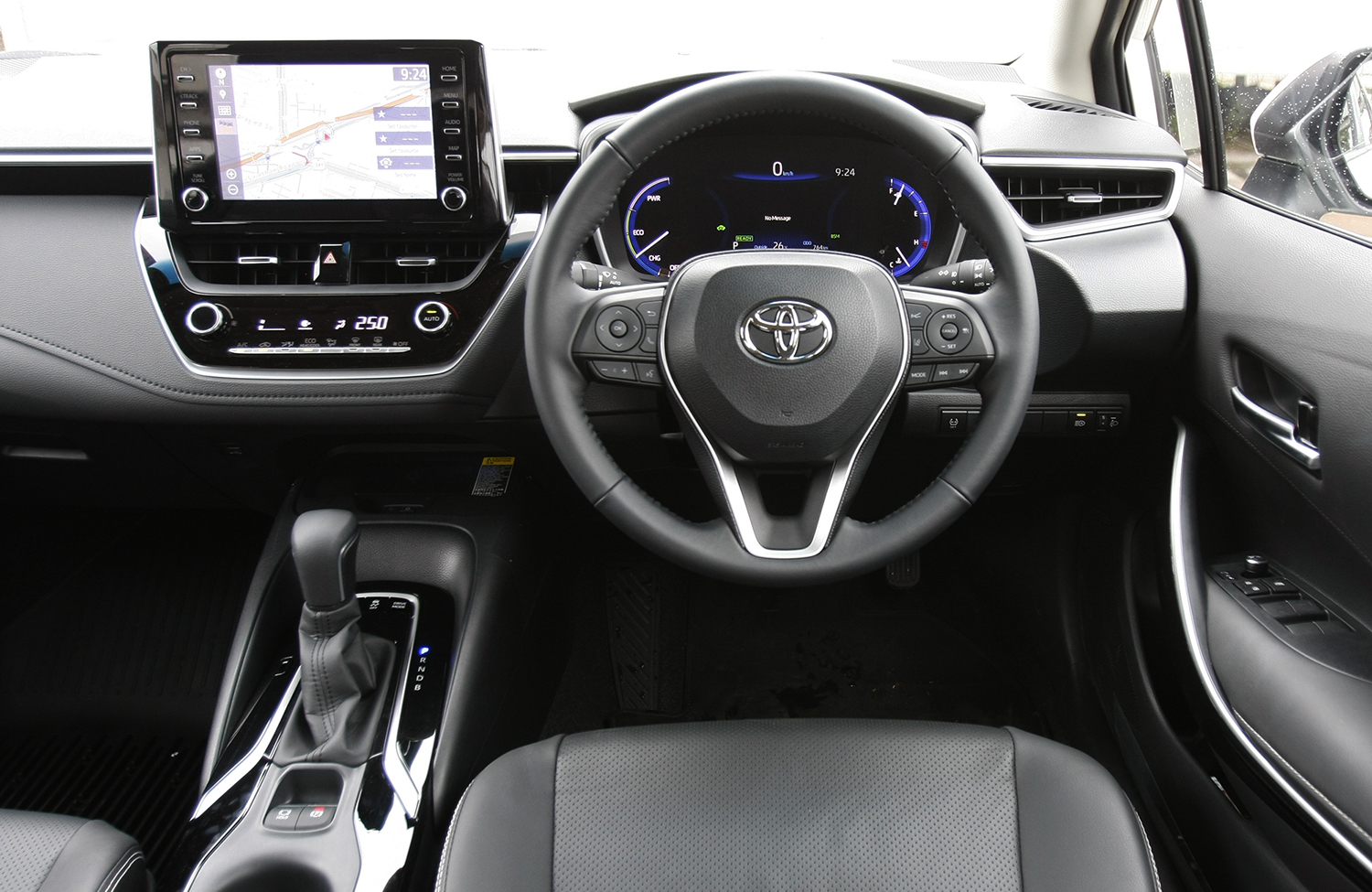 While the Corolla Hybrid handles and rides just as well as the 1.8 GR Sport we tested earlier this month, there are some small discrepancies in the driving characteristics between the two.

As the Corolla Hybrid is around 80 kilos heavier than its pure ICE sibling, some strain had naturally been put on the rear where the battery is located near the (smaller) fuel tank.

As a result, the ride over bumps and surface imperfections is slightly lumpier, if still comfortable enough. The brakes also feel wooden, although it isn’t hard to get used to hit. In a nutshell, the 1.8 GR Sport’s driving manners feel smoother and more natural by the whisker.

And because there are people out there who like sporty looks and an economical drive at the same time, a GR Sport variant for the Corolla Hybrid should be on offer which it isn’t.

Take a look at the luxury brands in Thailand. Sporty trims like Audi’s S Line, BMW’s M Sport and Mercedes-Benz’s AMG Dynamic are in command, even when performance was never the order of the day. 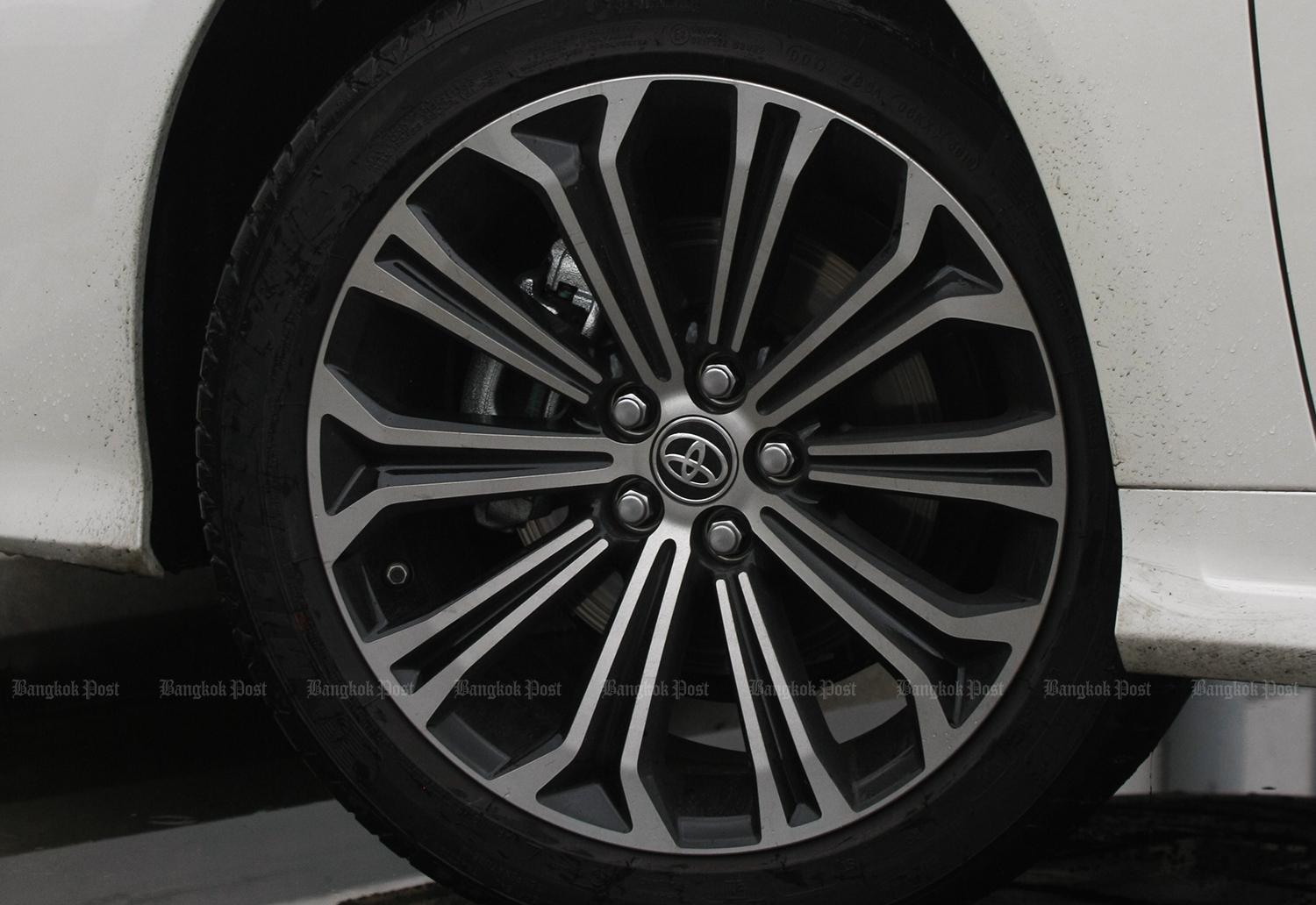 As said earlier, it isn’t difficult to fathom which C-segment (read: 900,000 to one million baht) contender is the one to go at the moment. The Corolla Hybrid offers a blend of pace, economy, comfort and driving ease not readily available in its opposition.

Sure, there’s the sub-900k Corolla 1.6. But let’s leave that out of the picture here due to its spartan spec and small engine more suitable for taxis. If you’re really short on cash, there’s always the Yaris Ativ to go for. 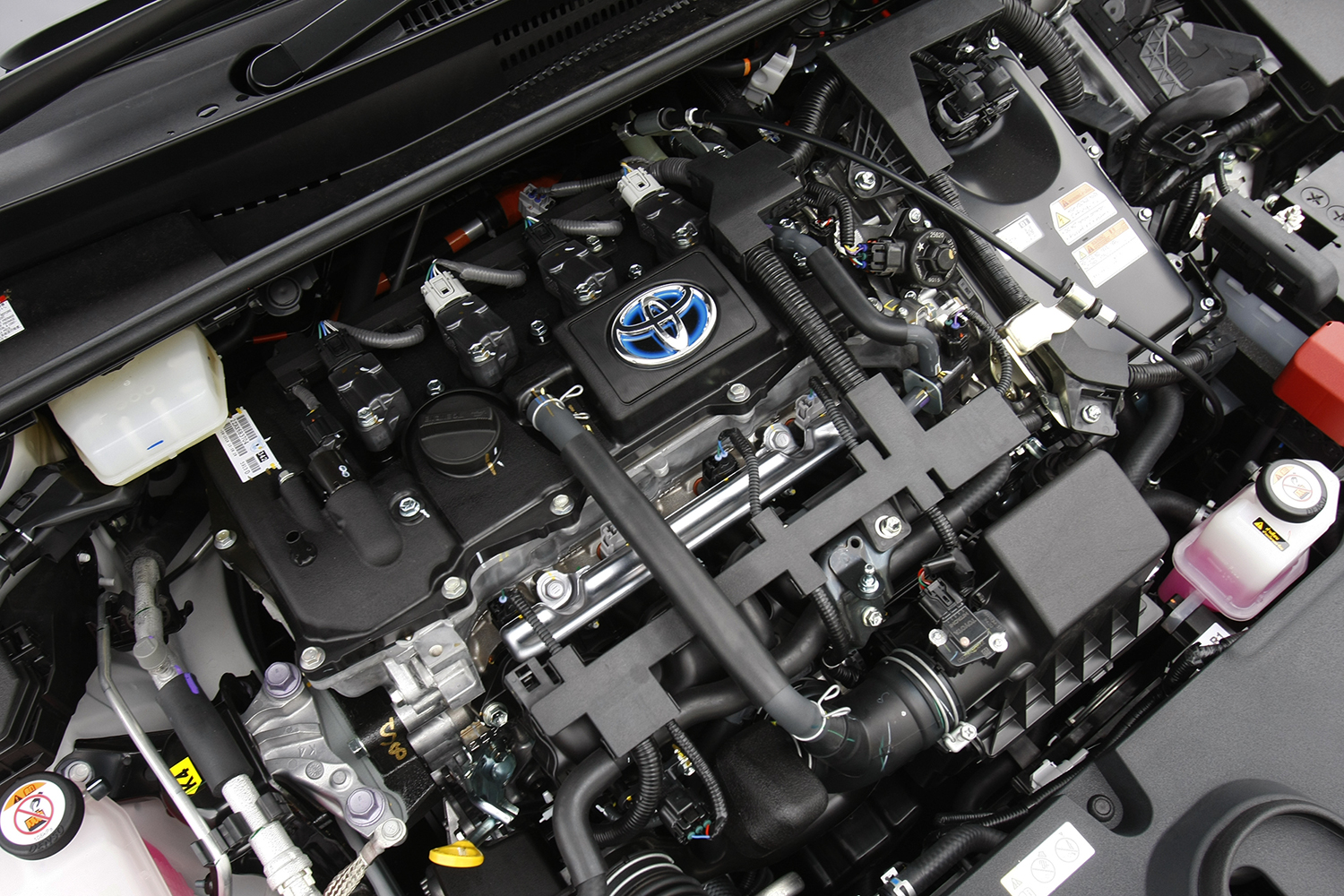 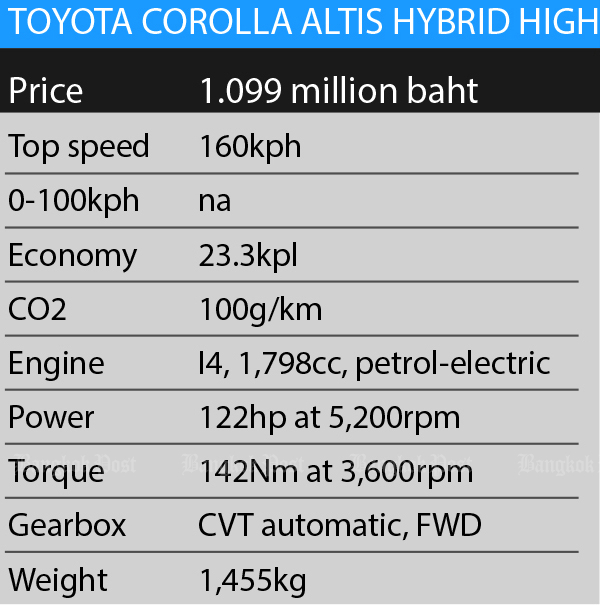