Mazda’s latest 3 looks great and handles just how a sporty sedan should. But it’s missing one key ingredient. 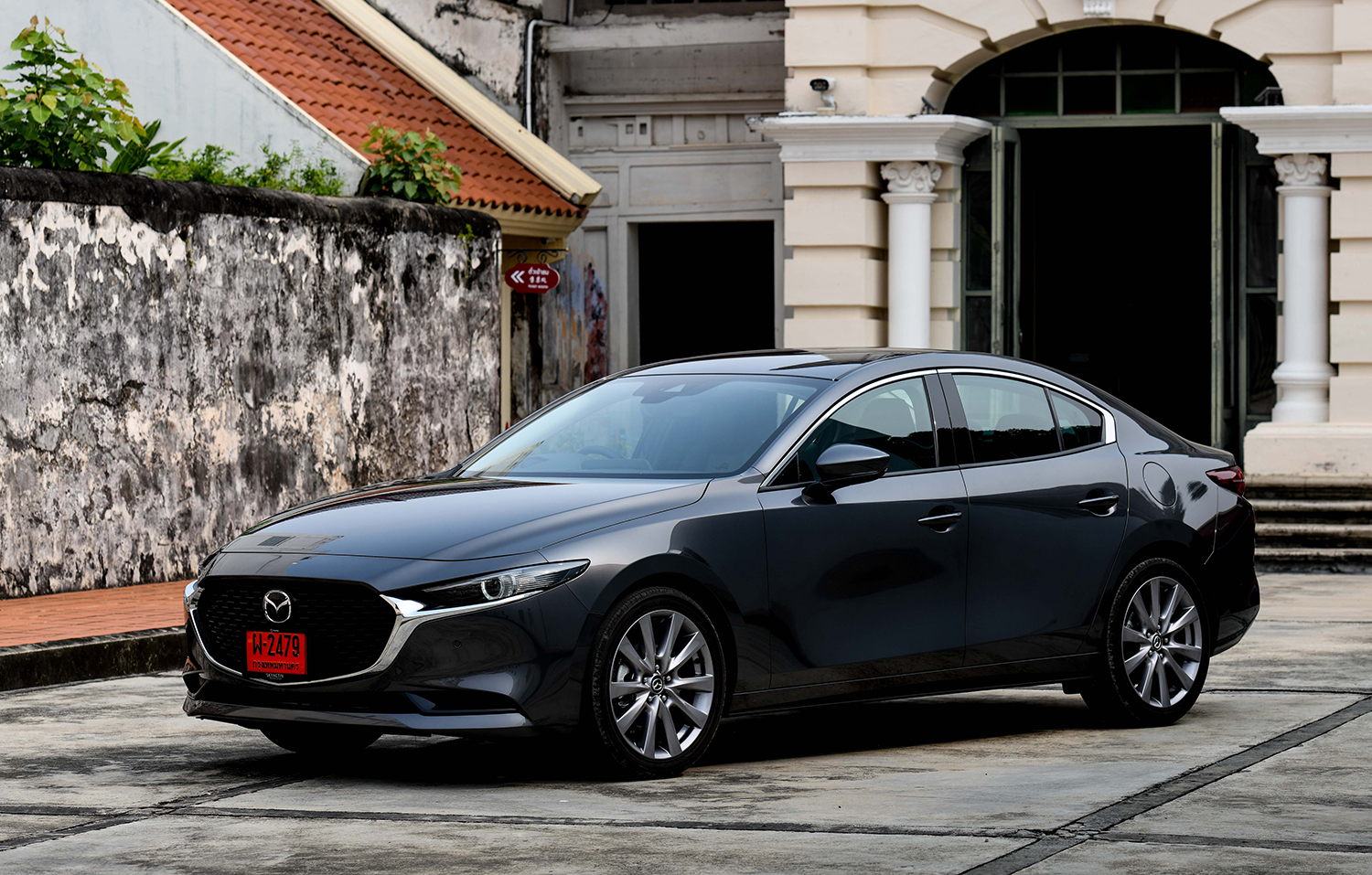 Despite the dominating presence of the Honda Civic and Toyota Corolla Altis in the Thai C-segment of family cars, the Mazda 3 has still managed to win hearts of many buyers needing something a little but more special.

It was mostly the car’s appearance, be it the hatchback or sedan derivative, that drew attention from punters finding those two aforementioned rivals too commonplace on Thai road. This was particularly true for the Corolla, a favourite choice of cabbies.

And if you look at the fourth-generation model, as tested here this week in four-door form, the 3 still looks the part with its svelte design many like to associate with European nameplates like Alfa Romeo or even Aston Martin. 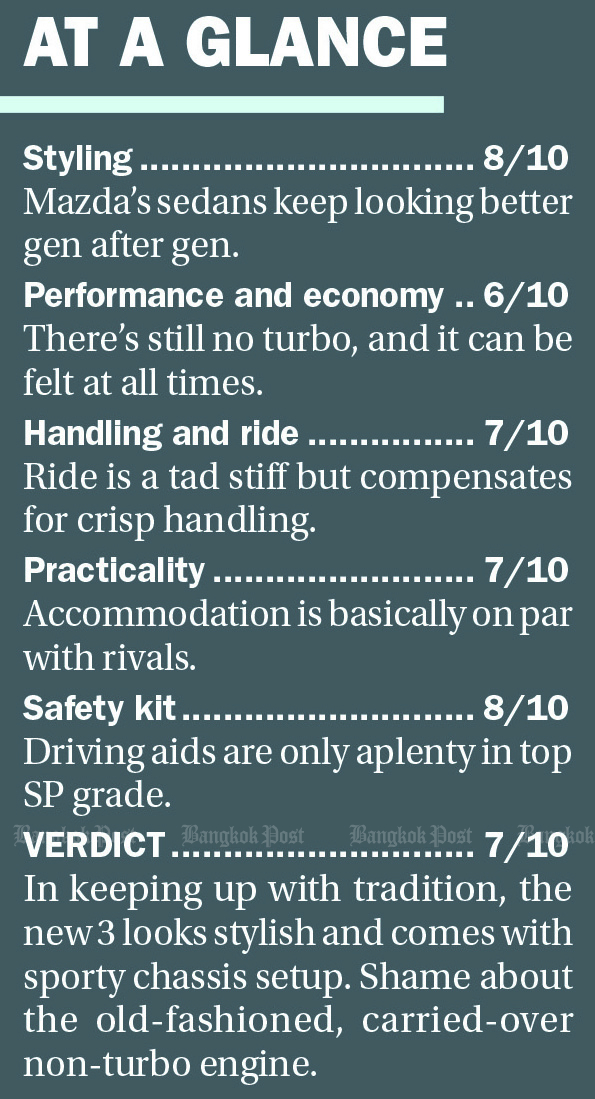 While hatchbacks usually tend to have a greater visual appeal among the young, Mazda has been doing quite a good job in recent years when penning sedans to look equally desirable.

In fact, it must be said that the latest 3 is not only the best-looking sedan in its class but also among Mazda’s range of four-door family cars. Some may be quick to point out that faces of Mazdas and MGs are looking very similar these days. However, it’s quite to safe suggest that Mazda was there first with the “G-string” look incorporating a large grille draped by slim horizontal lamps.

Inspiration in the new 3 continues in the cabin where a nicely sculpted fascia, console and steering wheel can be found. The infotainment screen, as well, sits seamlessly atop the dash and not in a brash manner like in the Corolla we tested recently.

You can sense how Mazda has been inspired by the interior themes of some other European brands like Audi or BMW. Apart from visual appeal, there’s also the tactile part like the soft-touch plastics, thinly-rimmed steering and smooth-operating buttons.

But, at the same time, some readouts can feel a touch dated because Mazda hasn’t made the instrument panel fully digital yet. A head-up display, along with a generous list of driving aids, is only available in range-topping SP spec, as tested here. Like in the Corolla, seven airbags are standard across the range. 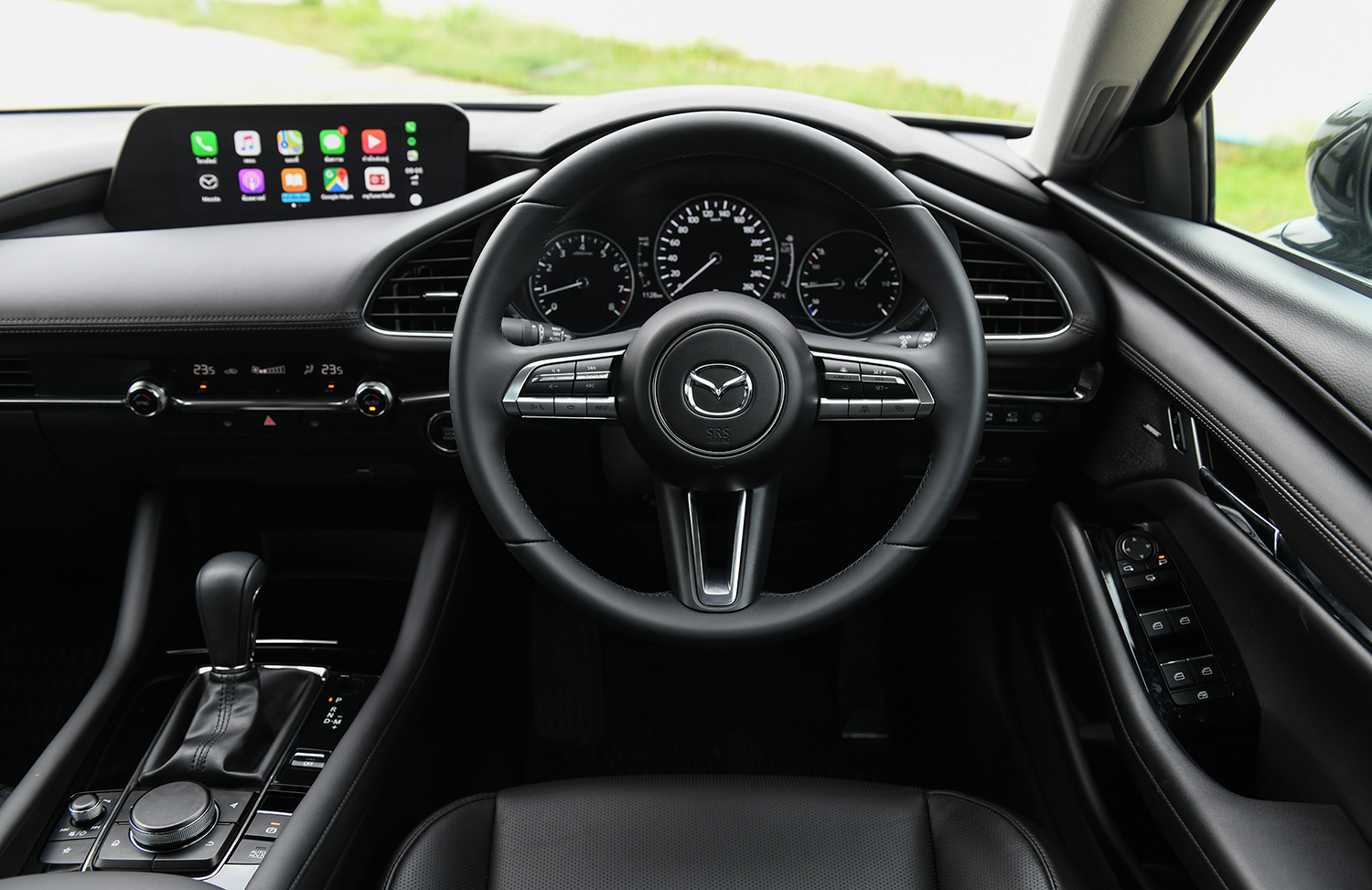 Space-wise, the 3’s cabin feels on par with its competition despite boasting the longest wheelbase length of 2,725mm, up 25mm from its predecessor.

While head and leg room shouldn’t be an issue for most persons in any of the perches, the boot appears to have more usable space than ever. 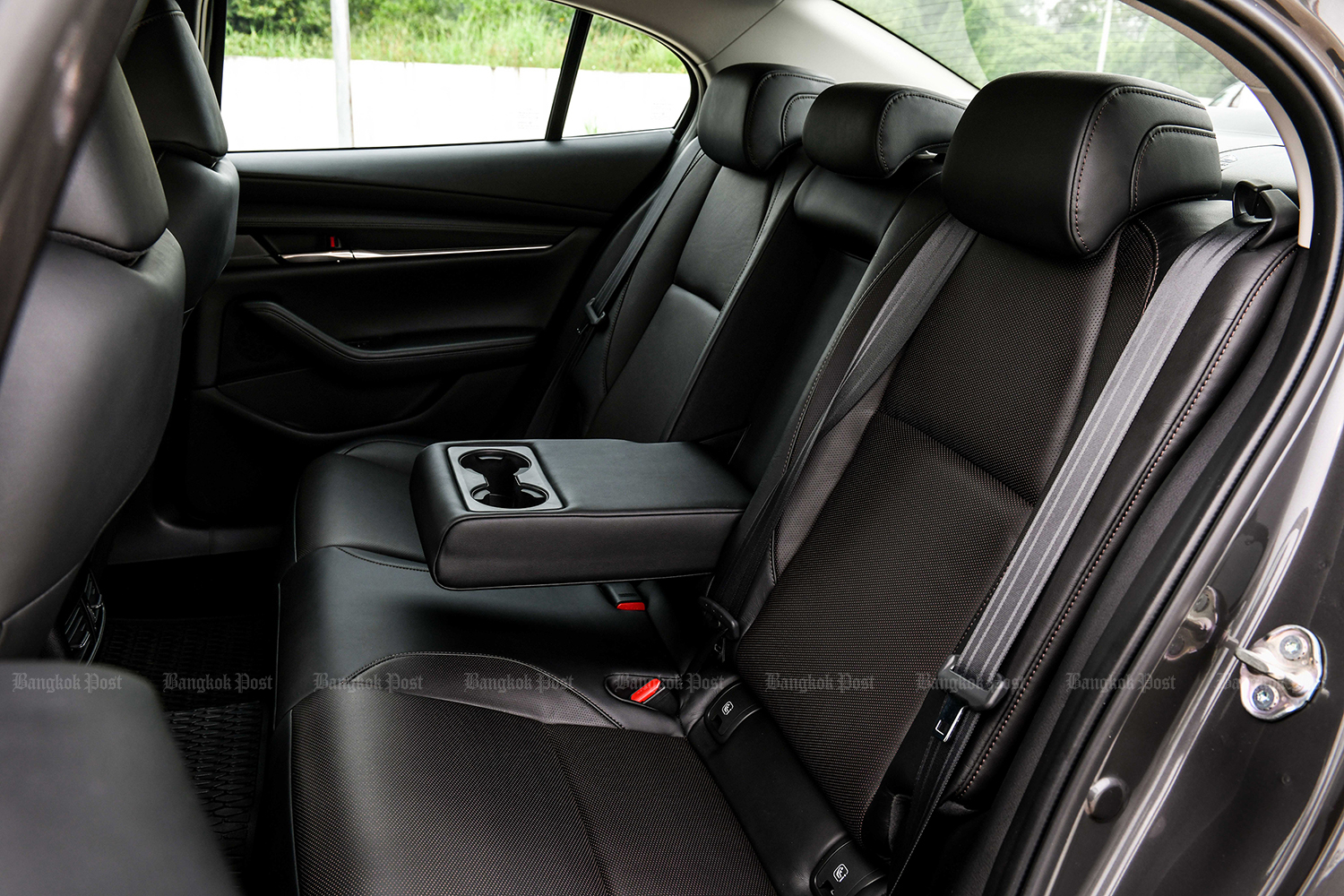 Unlike in the outgoing model that featured a multi-link rear suspension, the new 3 has the torsion beam type that benefits on factors of cost and cargo space.

The current Civic and Corolla incorporate the fully independent type to gain a theoretical advantage in a more optimum balance between handling and ride.

In one way or the other, you can occasionally feel the semi-independent type of the 3 when traversing quickly over surface undulations whereby the rear end could have felt more planted to the tarmac.

This is probably why the 3’s suspension has been tuned with some firmness in mind hoping to compensate any loss in grip. Even so, you must really push the car near its limits to note this and arguably most owners might not feel it in daily use. 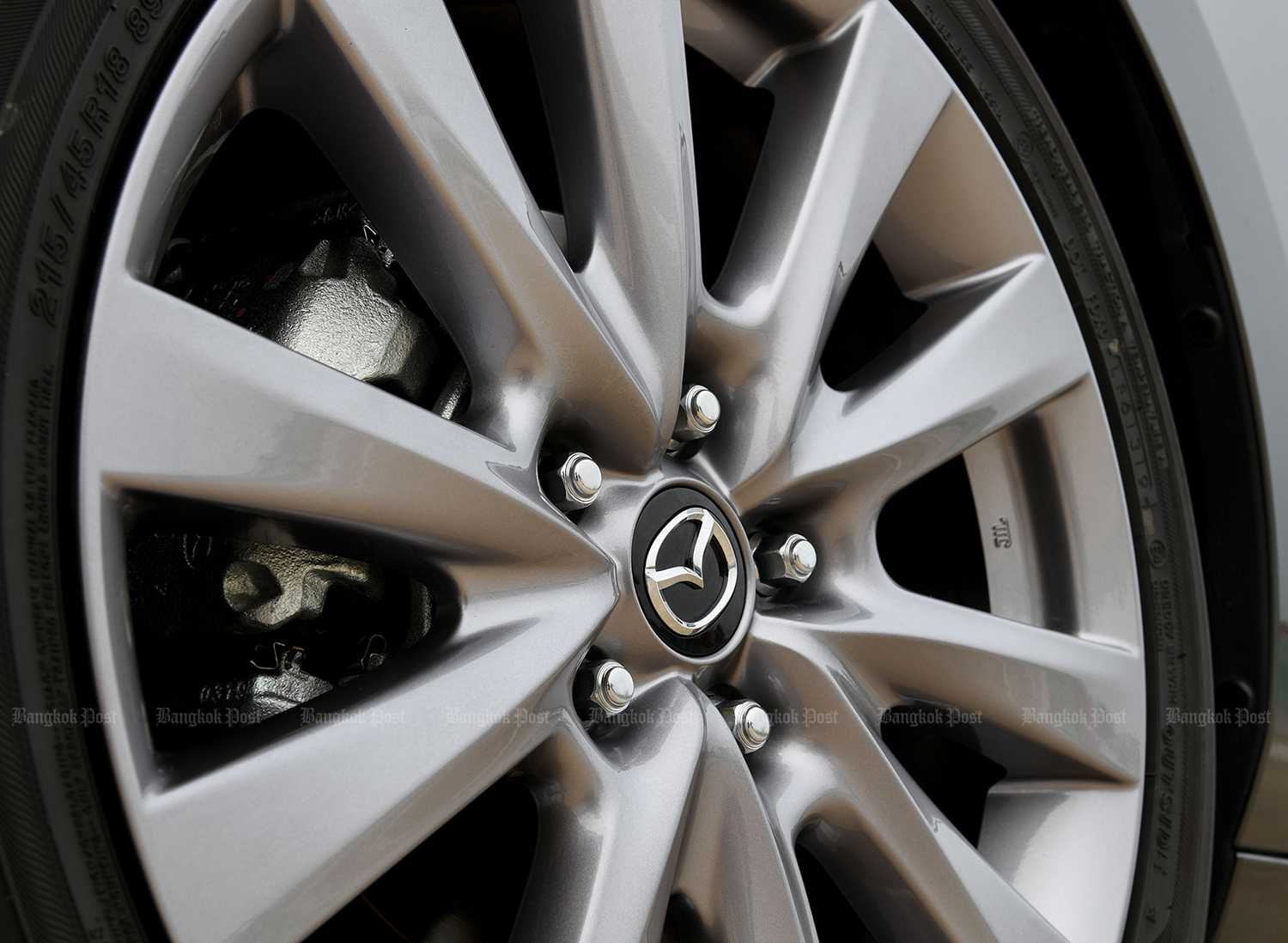 But what they’re most likely to notice is the firm low-speed ride which isn’t as comfy as in either of its two rivals. However, the 3 counters with quite good external noise suppression at cruising speeds, something lacking in the Corolla.

The best thing about the 3’s chassis is the steering. Apart from being good to hold onto, the rack is direct and nicely weighted at practically all times. It surely lives up to Mazda’s reputation of good-handling cars.

It’s just a shame that the sportiness of the overall driving characteristics isn’t matched with the right drivetrain.

OK, the carried-over engine (and transmission) doesn’t sound underpowered at 165hp, but it simply lacks the tractability and mid-range punch to really feel accomplished amid the presence of others going turbo or electric.

Don’t even mention the Civic’s blown 1.5-litre, the 3 doesn’t feel as lively as the Corolla’s non-turbo, less potent 1.8-litre. The 3’s 2.0-litre needs to be revved quite a lot on country roads when overtaking others. 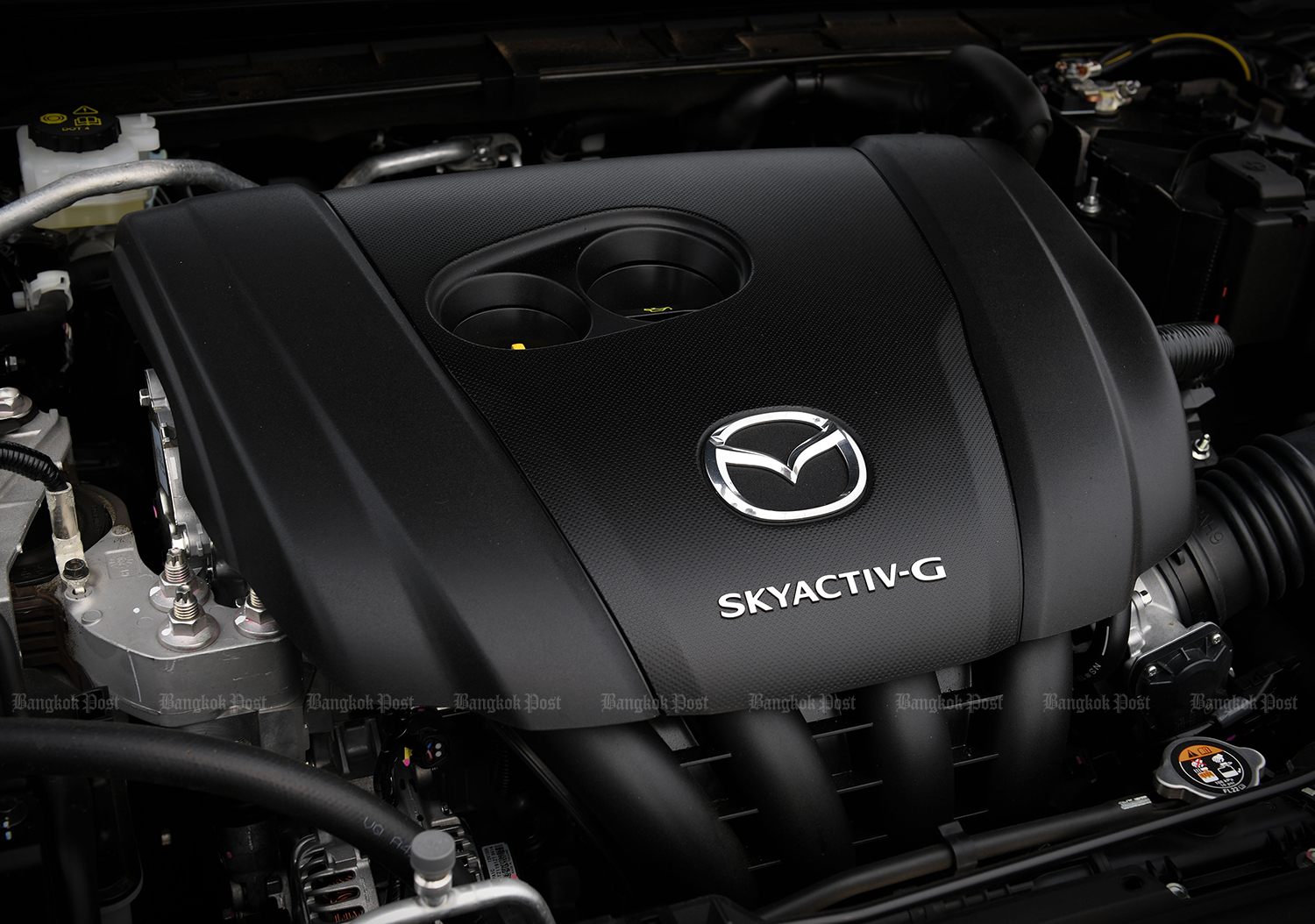 This motor may have had its glory days, but it’s starting to lose its competitiveness as both the Civic and Corolla now have engines that are not only punchier but more fuel-efficient (the Corolla Hybrid easilydoes 20kpl). And when the 3’s chassis has been honed like this, it deserves a more potent engine for exploitation.

What we have then at the moment is a compact sedan that looks genuinely good on the skin, packs enough practicality, handles spiritedly but falls short where its competition betters.

And that could be a little tough when the 3 is now basically a one million baht car attracting buyers who expect a well-rounded machine, which it isn’t. 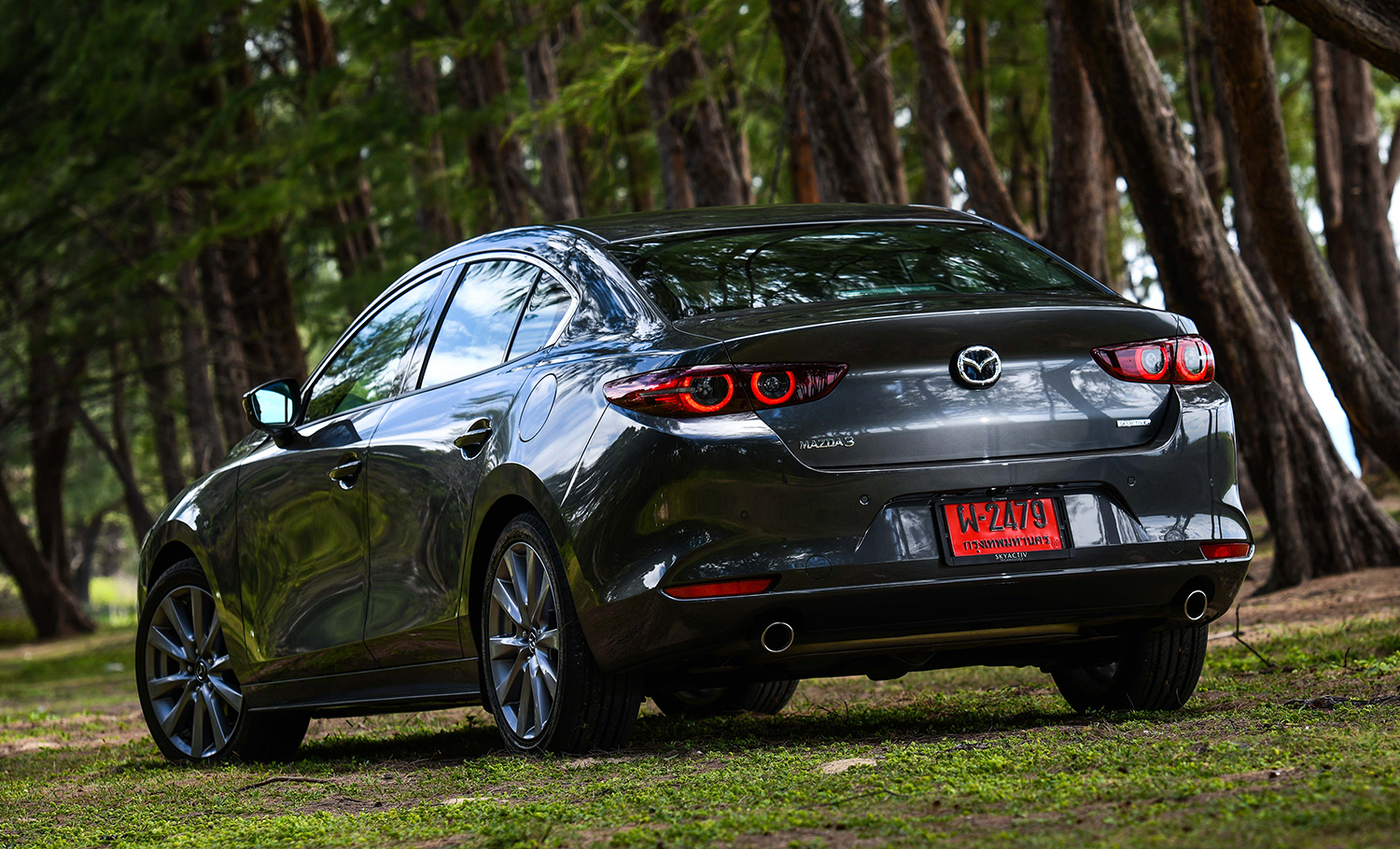 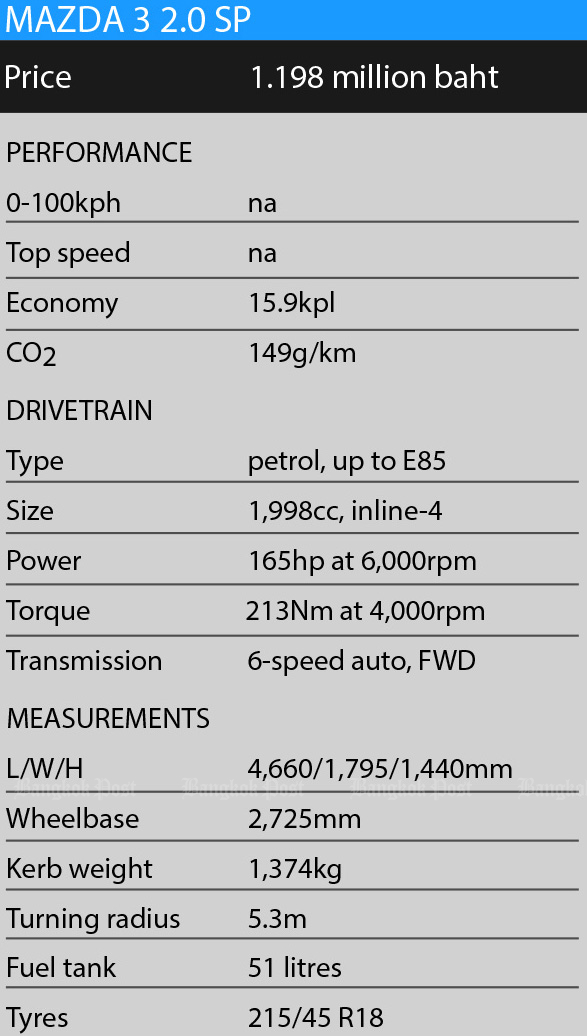 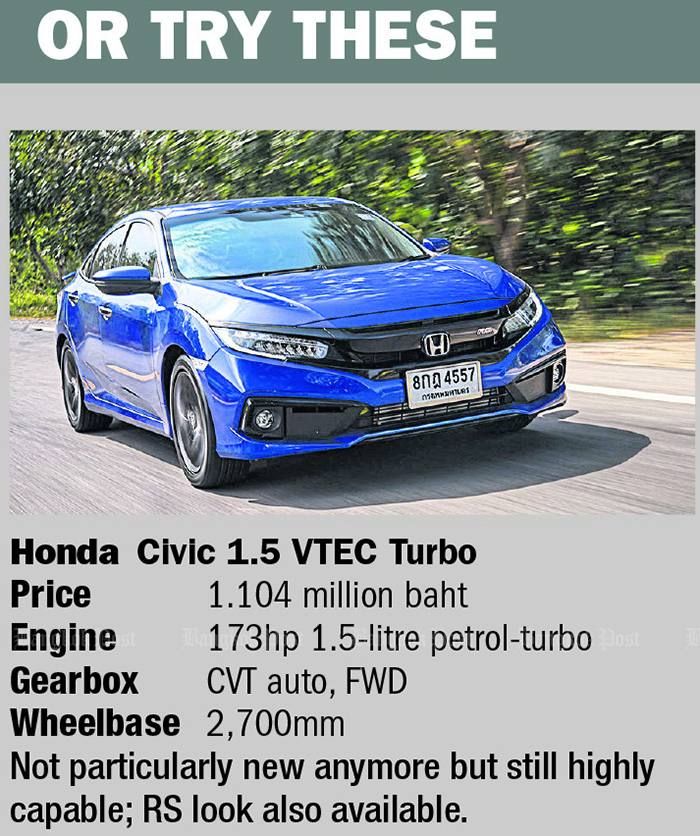 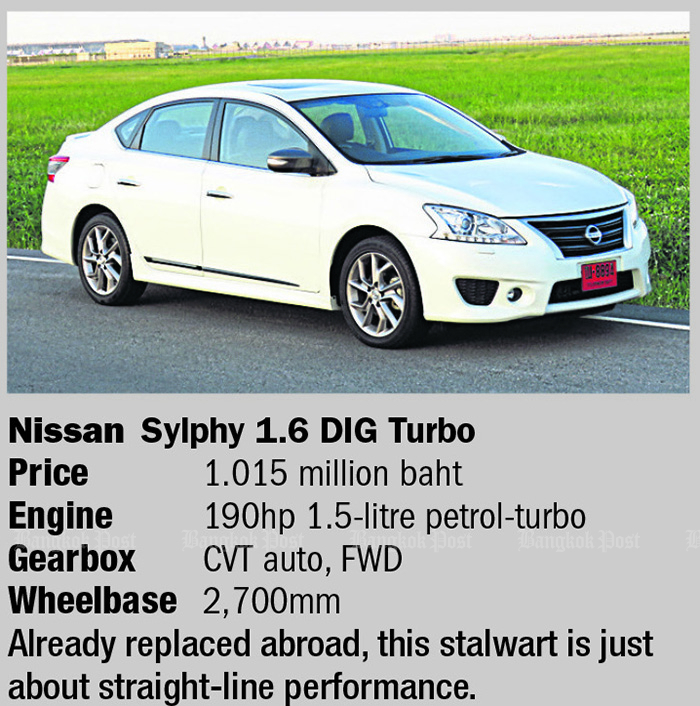 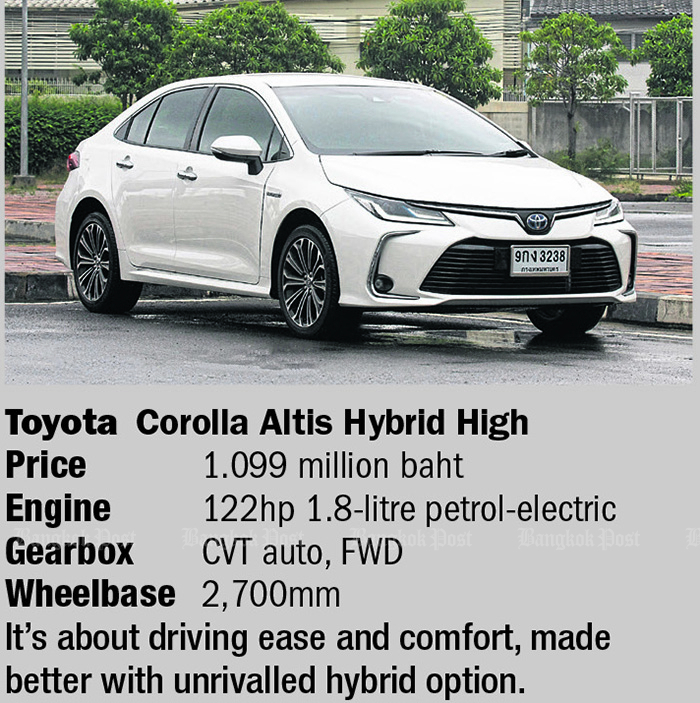