After the GS rocked the five-seat compact SUV market with aggressive pricing, the HS fine-tunes the attack with a comfy and tech-savvy package. 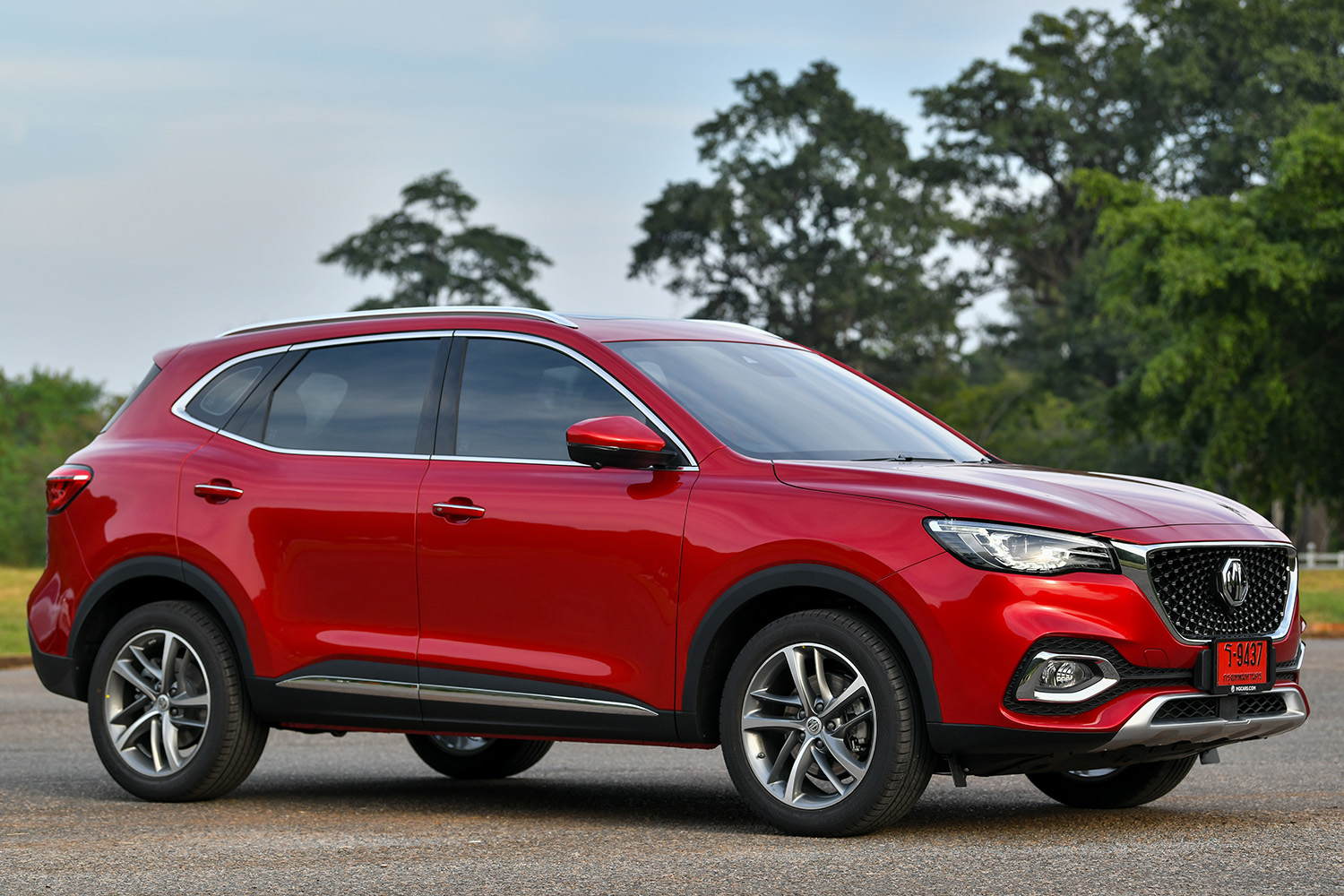 The mass-market SUV scene in Thailand has now become more diversified than ever thanks to some disruptive product strategies carried out by various automotive companies.

Brands that have expertise in pickups have managed to develop SUV derivatives with bold-looking and commodious packages. Such vehicles also have good off-road capability, if that really matters to most buyers.

Then there are those with some kind of electrification to gain on extra-low excise taxation such as the hybrid-powered Toyota C-HR. 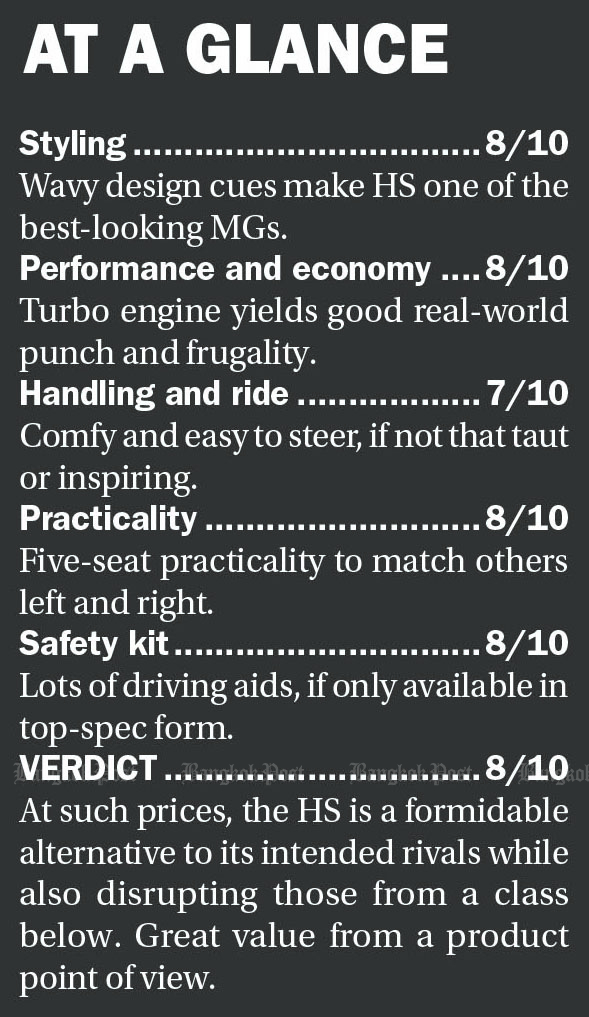 Some went a step further by managing to attract some free-trade deals like the all-electric MG ZS EV made in China.

And for those who happen to be a little ambitious, a good way to rattle up things is to blur the line in pricing.

Chevrolet and MG, as some examples, are now offering models with prices from a class below including the Captiva and GS.

The GS, in particular, dipped so low in the market in terms of price that it cost HR-V rather than CR-V kind of money. What we’re talking about here is a one million baht SUV sized for the C-segment but priced for the B-sector. 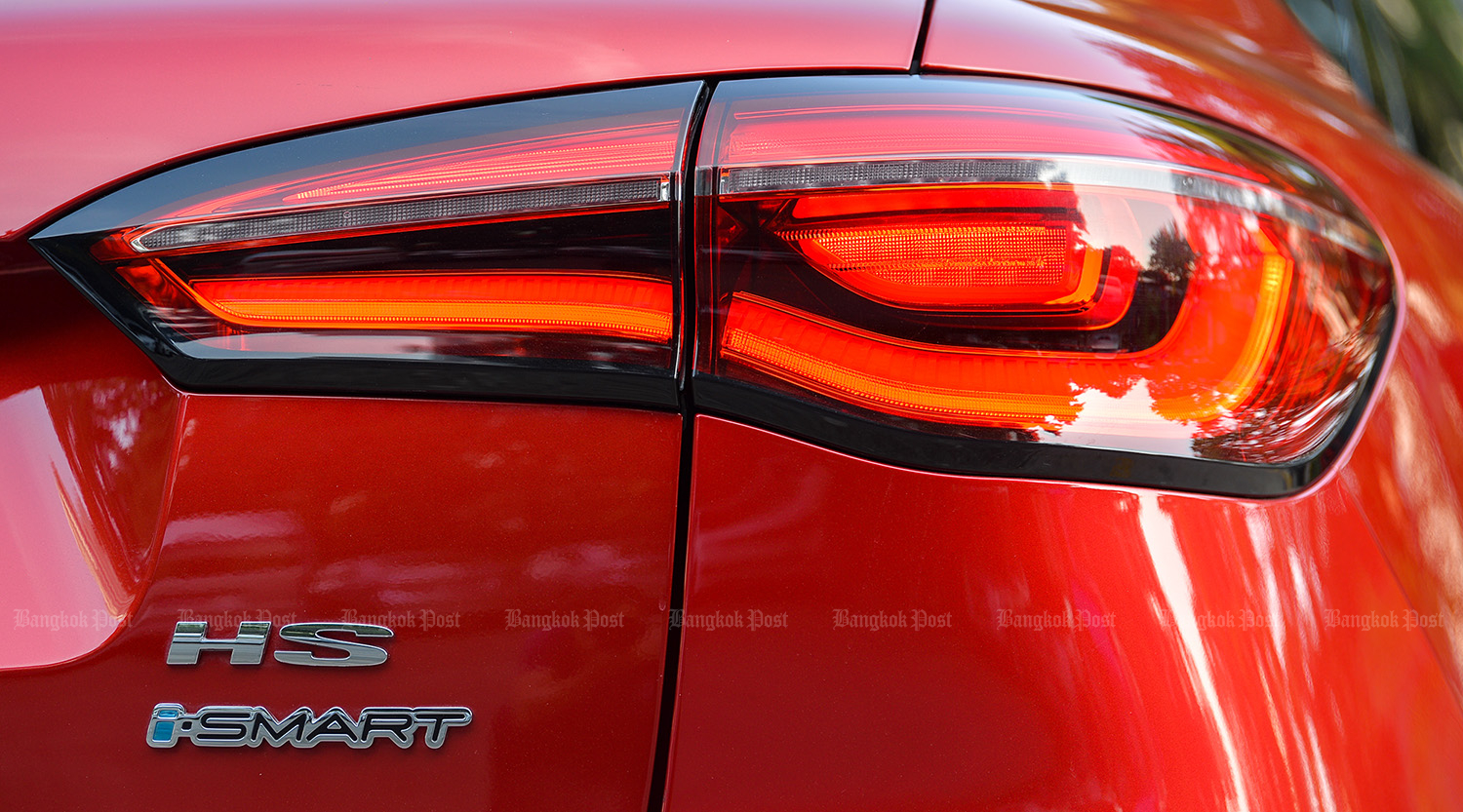 Apparently, that wasn’t enough for the Chinese-owned British brand. After being on the market for merely three years, MG has created the completely new HS to indirectly replace the short-lived GS.

In such a time period, most other makers would have only started to gear up for mid-life updates. This shows how much more responsive MG has become when the market requires such a revision.

Like the GS, the HS is a five-seater just that it has more occupant and cargo space to compete with the Honda CR-V, Mazda CX-5 and Subaru Forester, if you don’t factor in prices. If you do, nothing beats the HS at a million baht bar the seven-seat Captiva. 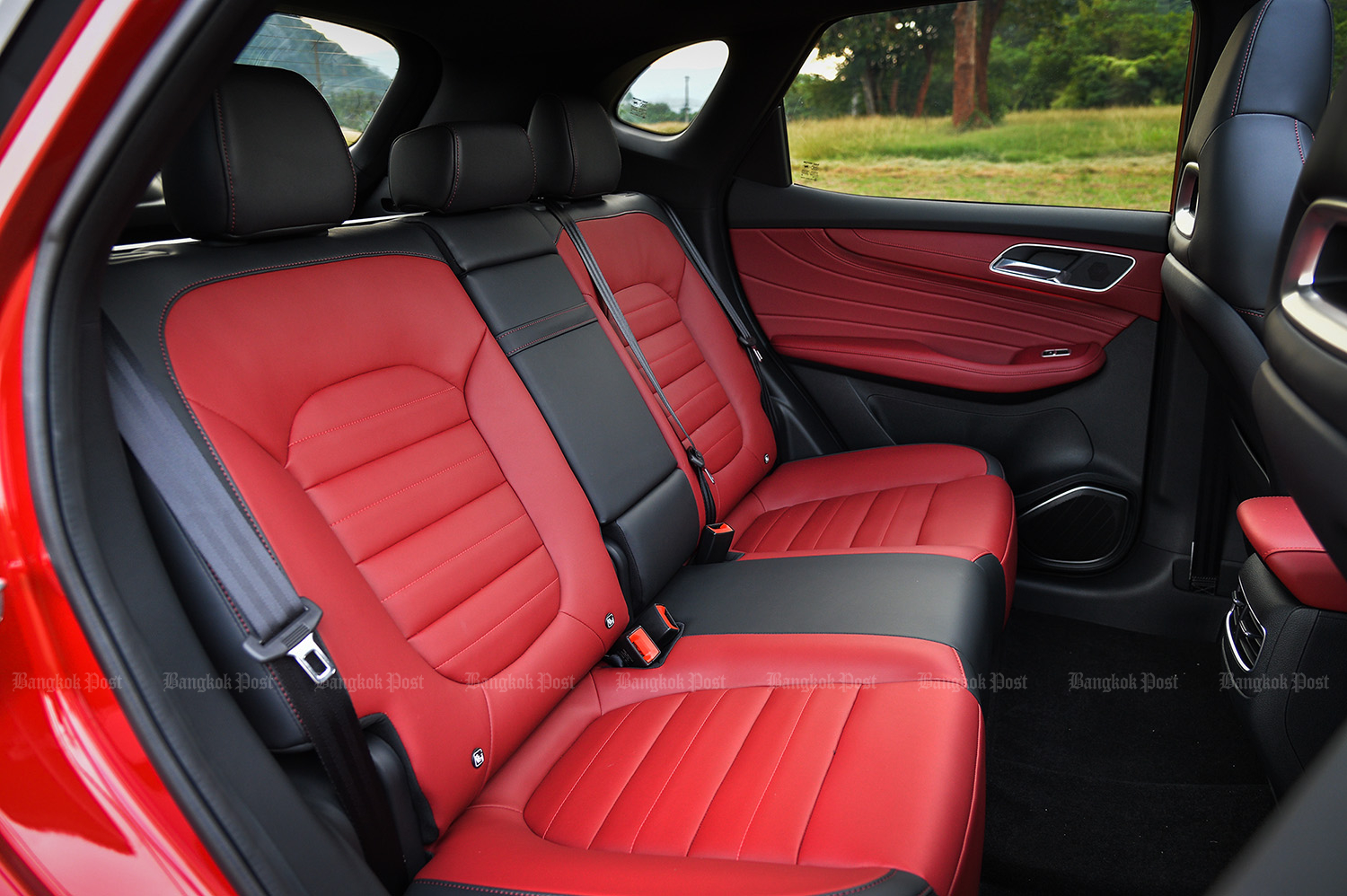 The interior of the HS is nicely designed and tailored with decent quality materials. In fact, MG is slowly making a name for furnishing vehicle cabins in quite an inspiring manner.

The instrument panel and infotainment display are clearly legible and easy to use. The only thing spoiling the otherwise good ergonomics is the column stalk operating some driving aids that is completely obscured by the steering wheel. 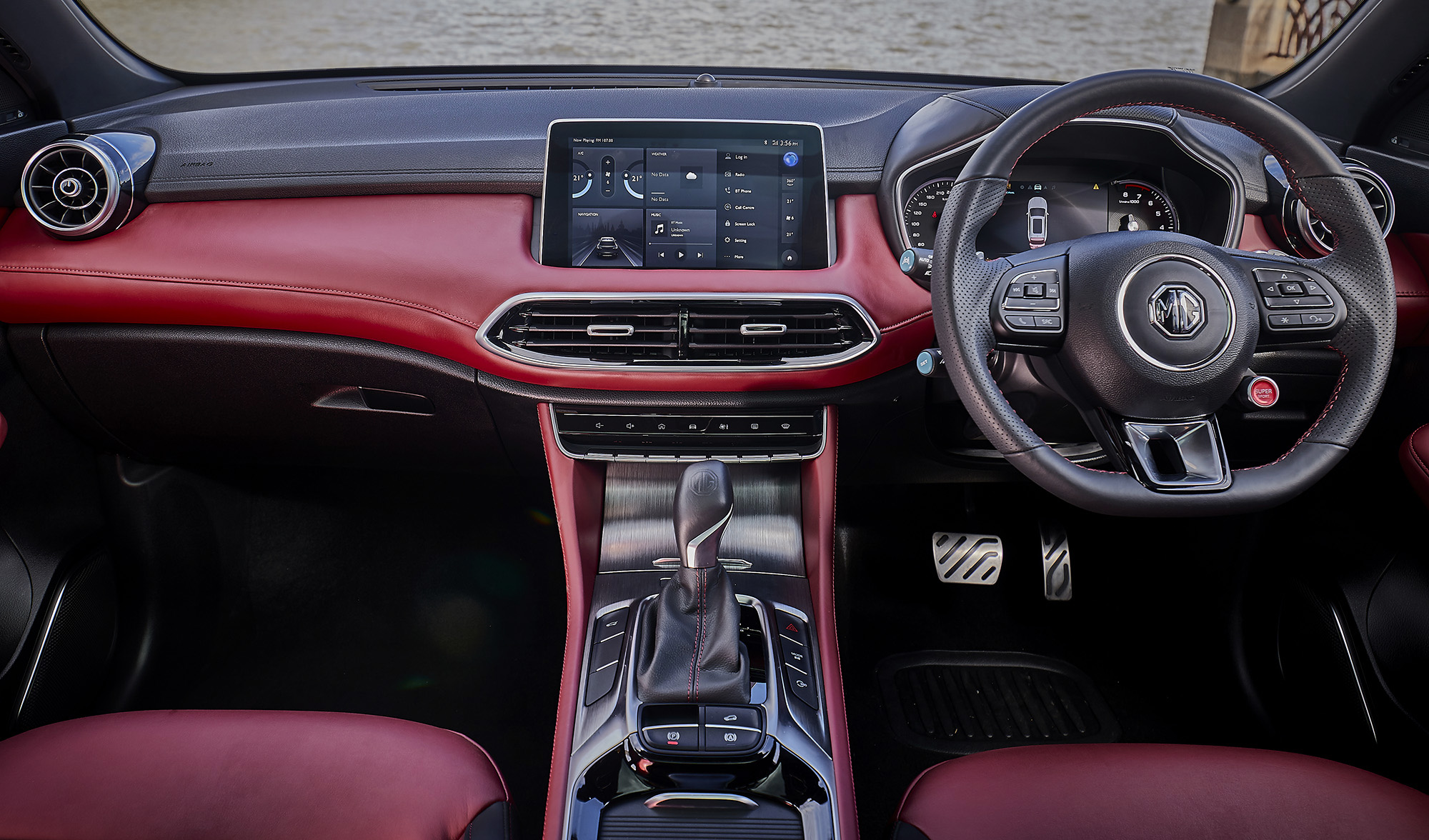 Of relevance are comfortable seats for all five people on board. The range-topping X, as tested here, gets fancy-looking buckets seats up front.

As well as sunroof, there's a class-leading amount of driver-assist tech topped by the so-called Traffic Jam Assist that automatically guides the vehicle in a well-marked lane while keeping a safe distance with others up front. 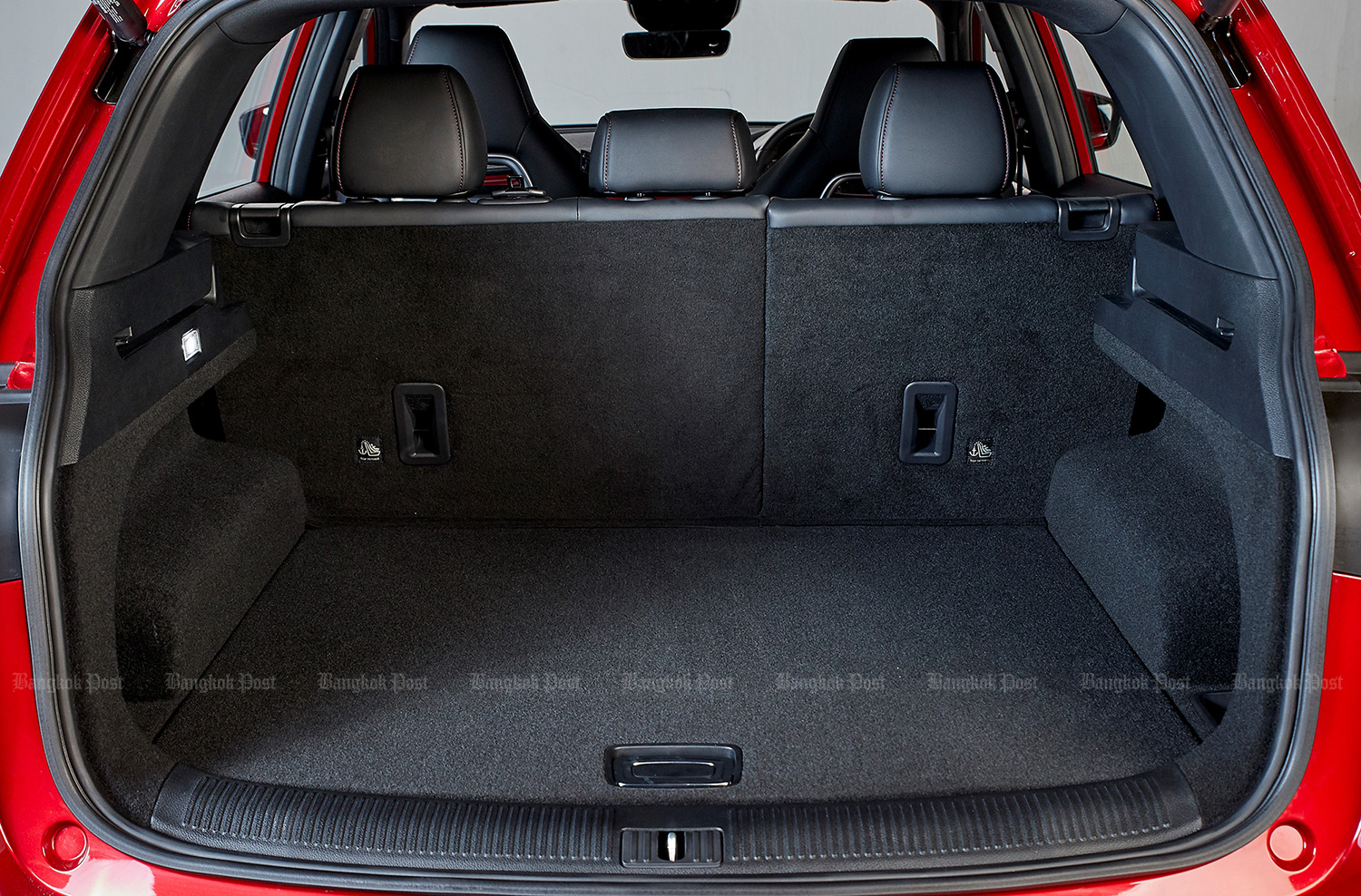 Since the powertrain options in the GS were basically ahead of others in the Thai SUV market, MG has suitably carried over the petrol-turbo engines into the HS.

However, only one has made it to the HS: the 1.5-litre unit with its seven-speed dual-clutch automatic driving just the front wheels.

This is fair move because the circa-220hp 2.0-litre, six-speeder and all-wheel drive might be too excessive for most buyers.

In fact, the 162hp 1.5-litre unit works just fine in the HS, be it in the city or highway, and is still ahead of other SUVs using non-petrol motors with less real-world tractability. Even the Captiva’s new 1.5-litre turbo can’t match that of the HS. 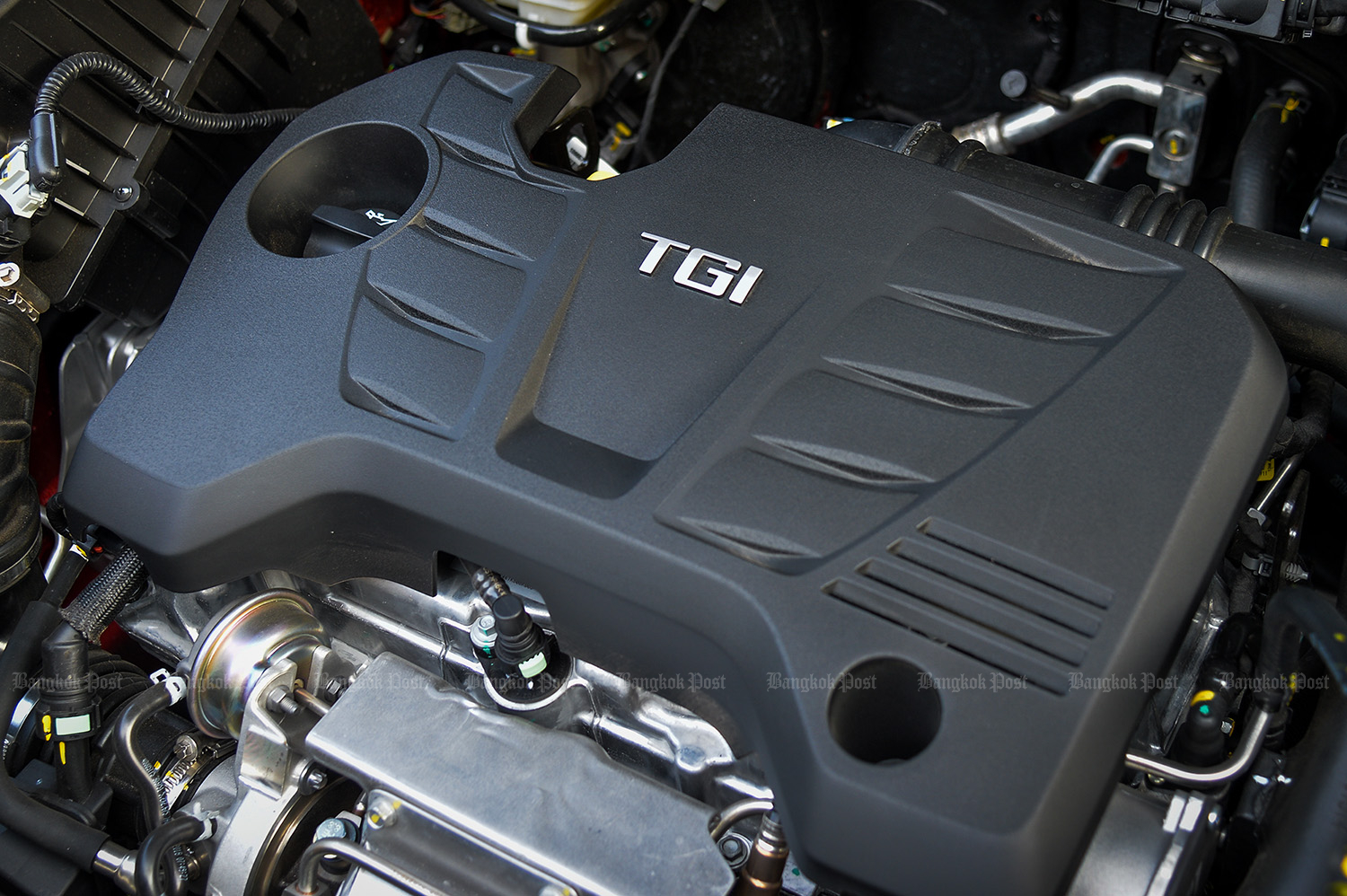 While the GS wasn’t exactly at its best when it comes to chassis-tuning, the ride and handling balance is fairly adequate in the HS whereby the steering operates with more ease and the ride soaking up road imperfections quite well.

To put it in another way, the HS feels more grown-up than the GS on the move. However, people who enjoy a nice driving experience might miss the crisper and tauter manners in the GS.

If you compare the HS with its intended competition, it arguably isn’t the best with the CX-5 appearing to offer a more focused drive and the all-wheel drive Forester yielding higher levels of grip. Put the HS into perspective with some B-segment players like the HR-V or C-HR and it may lose out on outright agility. 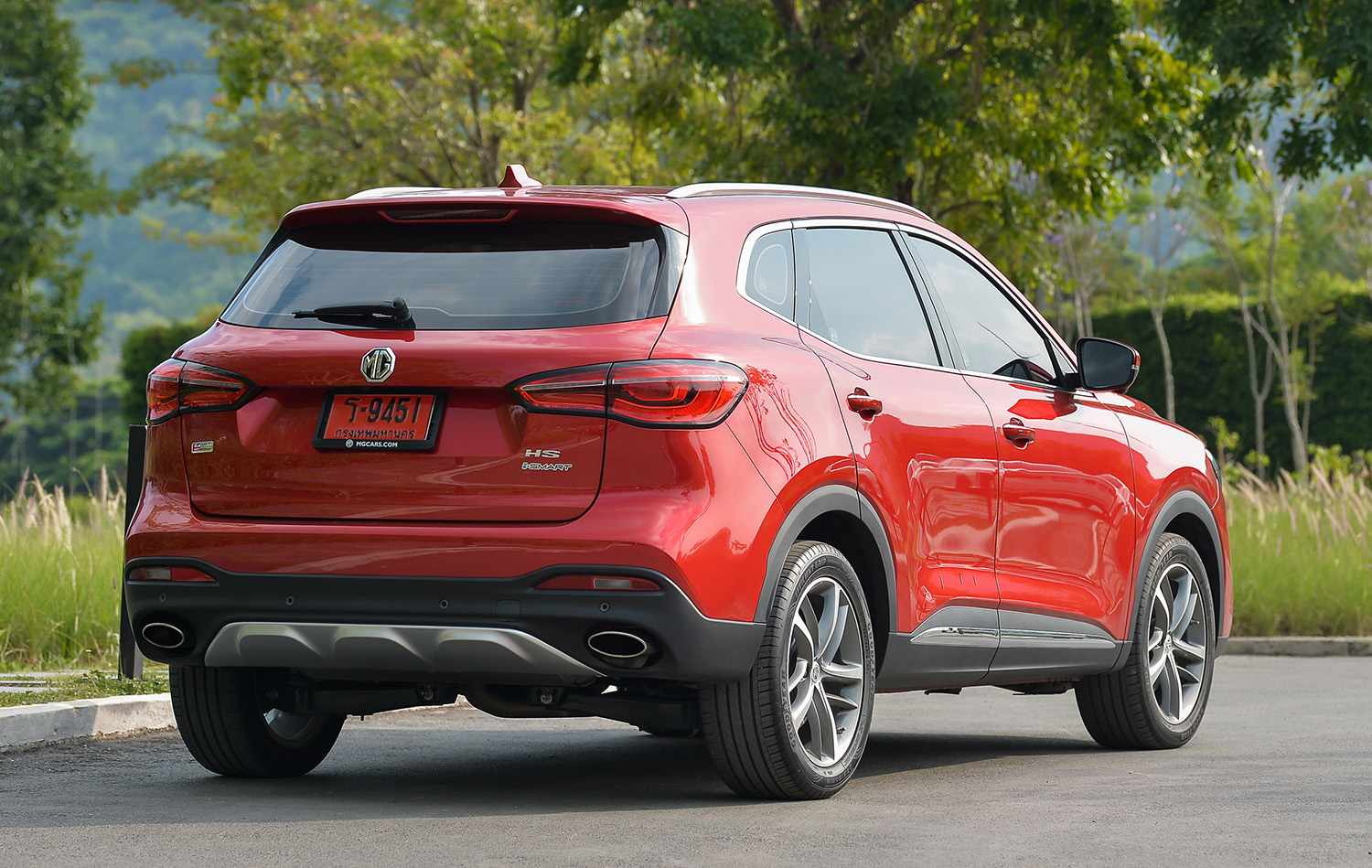 Even so, the HS is a nice continuation for the MG in the compact SUV class. After hitting the market with class-rocking prices in the GS, the HS now fine-tunes the attack with a bigger and comfier package while maintaining competitive levels of performance and economy.

If you look merely at the product itself, the HS offers a lot for the money when compared to others. The ZS EV may be another type of a vehicle, but MG now has two decent SUVs to choose from in an increasingly diversified market segment. 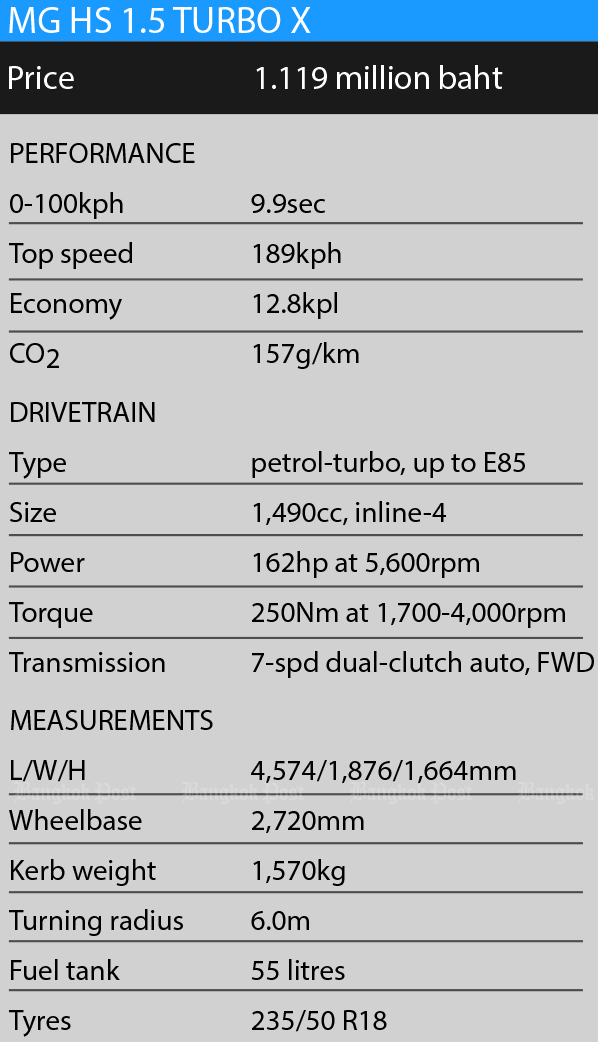