Can the Audi A1 Sportback be a genuine alternative to the Mini? In some ways, yes. 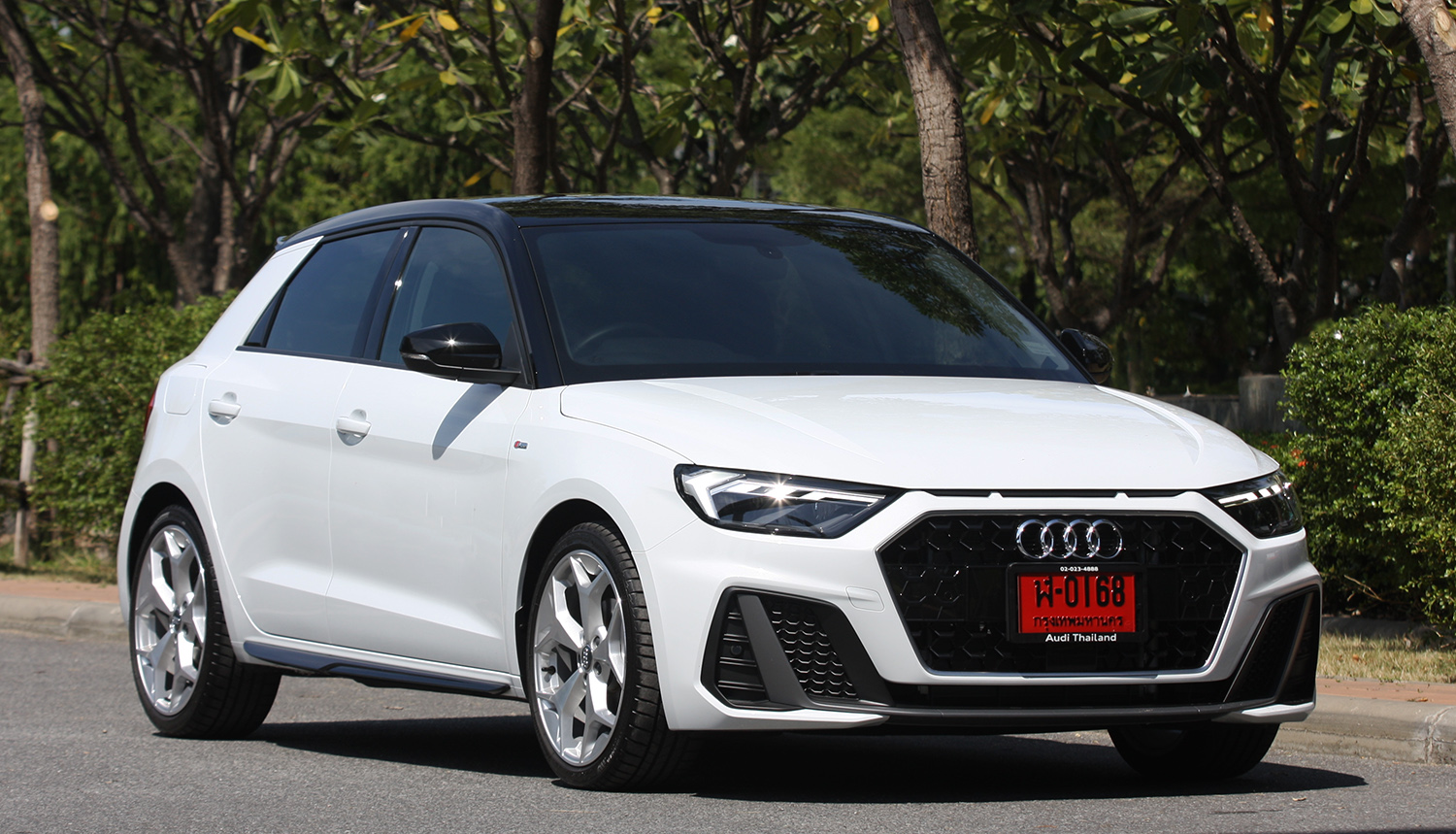 Compact hatchbacks from premium brands usually don’t sell well in Thailand because they are too small to really be considered as luxury cars.

As well, potential buyers will conveniently settle for SUV bodies instead explaining why the BMW 1 Series and Mercedes-Benz A-Class (hatchback) have now been withdrawn from Thai showrooms to make way for the X1 and GLA.

While the Audi A3 (C-segment/compact) is the actual competitor for the 1 Series and A-Class, the A1 Sportback (B-segment/subcompact) competes in a class below where BMW and Mercedes have no answers. 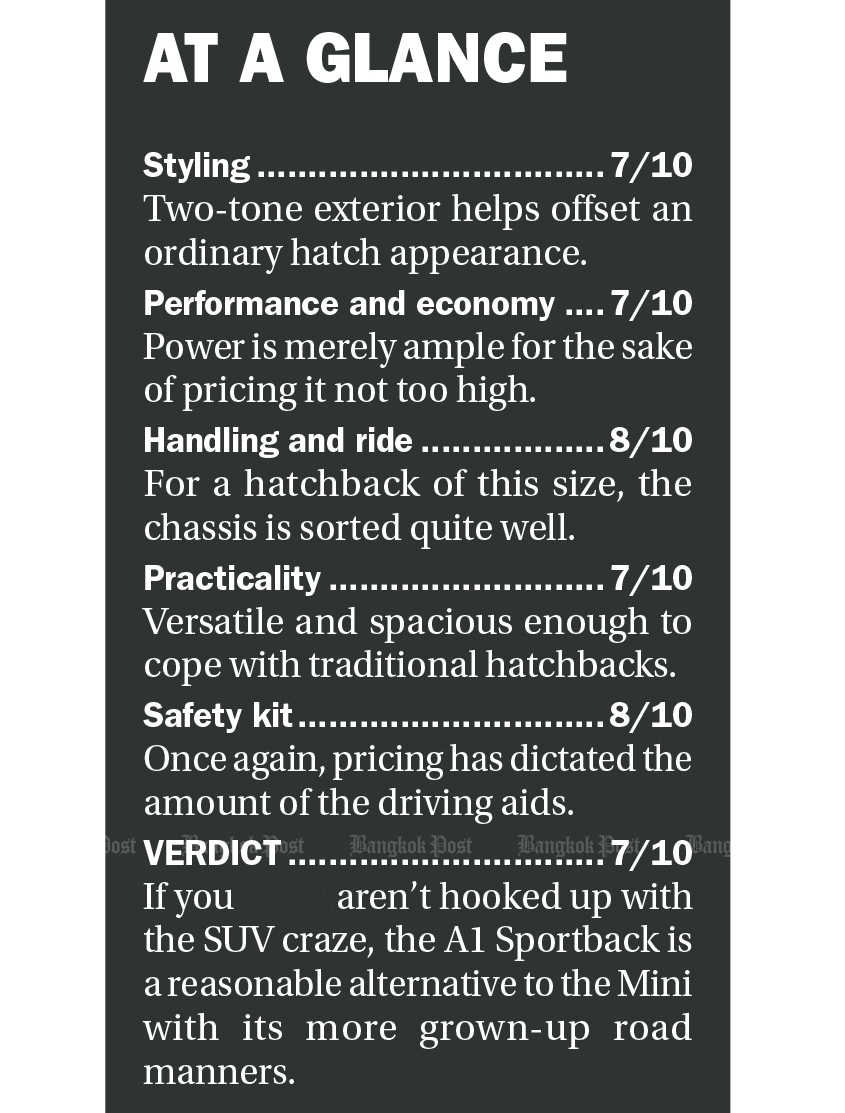 Which is probably why the Thai Audi importer has chosen to officially launch the latest A1 Sportback earlier this year hoping to attract well-heeled buyers needing to be a little different from the crowd.

The A3 has never been be sold here, although the four-door sedan version might be considered when the entire range is renewed on a global basis in next-generation form starting next year.

The only possible alternative to the A1 Sportback is the Mini Hatch. And if that’s the case, then Audi should deserve some reasonable sales volume in Thailand because Mini is a successful premium brand. Theoretically speaking, though. 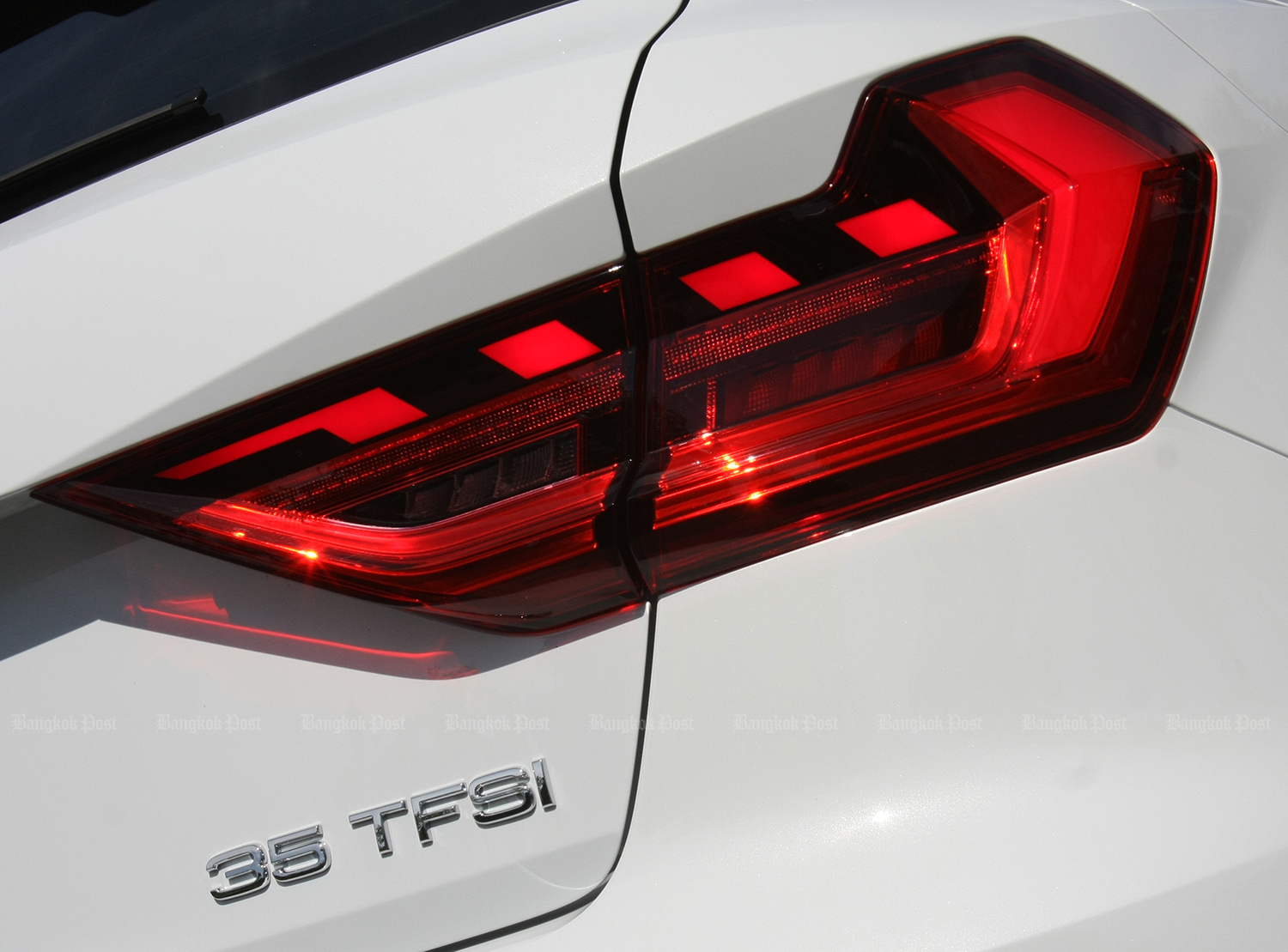 Because emotions reign high in Minis, rivals seeking for some attention need to do so equally. And that could probably be the first hurdle for the A1 Sportback, whose DNA shared with the mass-market Seat Ibiza, Skoda Fabia and Volkwagen Polo. Thankfully, though, this trio isn’t sold in Thailand anymore killing off any affiliation to be made by buyers.

In a bid to shed its mass-market origins, the A1 Sportback is being touted with two-tone exterior and sporty 18in wheels from the S-Line trim.

These are quite necessary visual enhancements because the basic package, despite some smart-looking creases here and there, is quite staid in appearance. 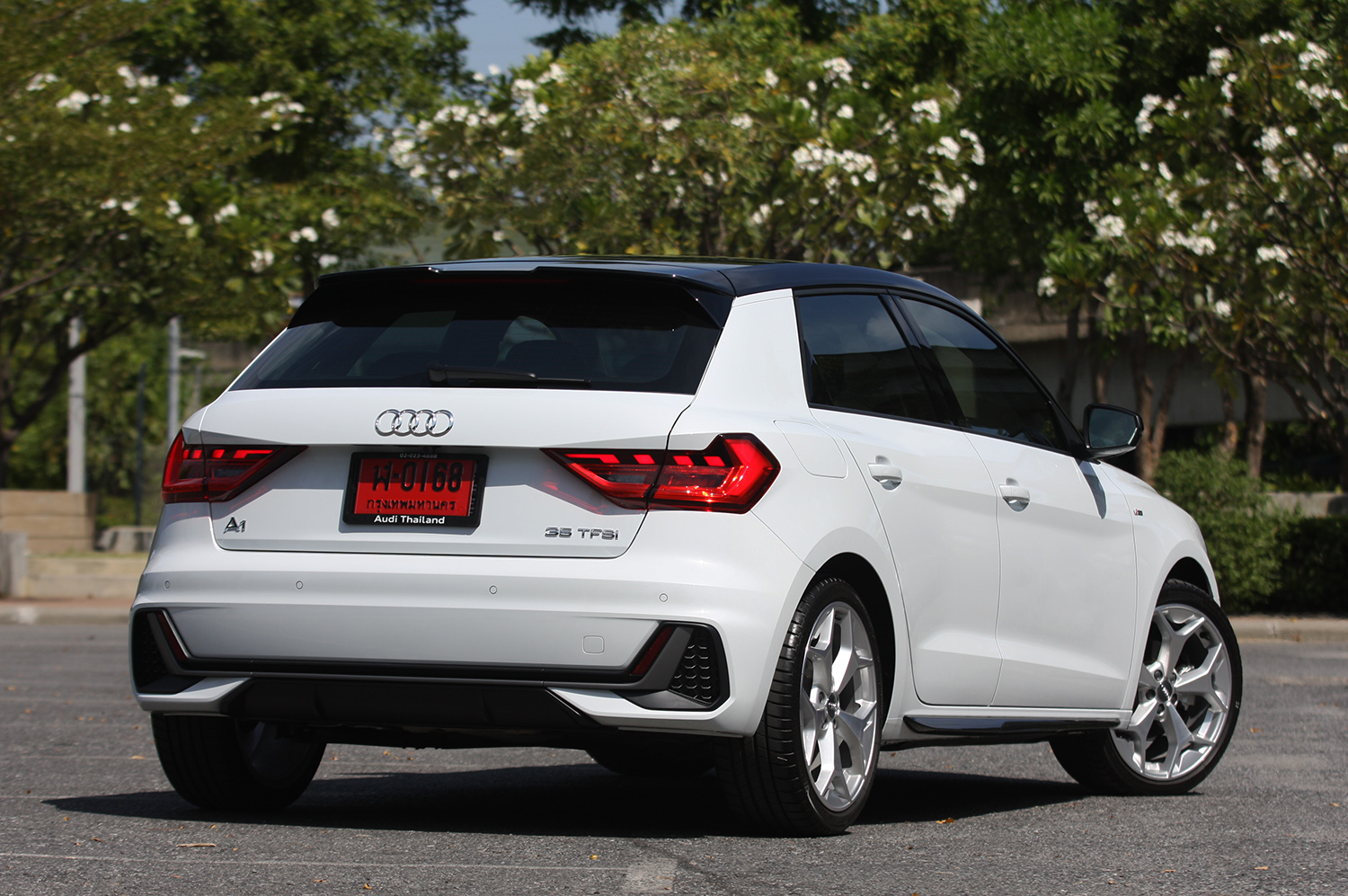 And if there weren’t for any of those digital screens in the cabin, the interior would have looked dreadfully boring. There’s much to remind that the A1 Sportback is a cost-effective small car with mediocre interior trim to match.

Maybe the colour of our test car isn’t eye-catching enough; there are other flashy colours available like yellow or shocking blue, as such.

On the contrary, you could say understatement and tidy interior design might be effective for some tastes, but certainly not in a market where the main target is a Mini. 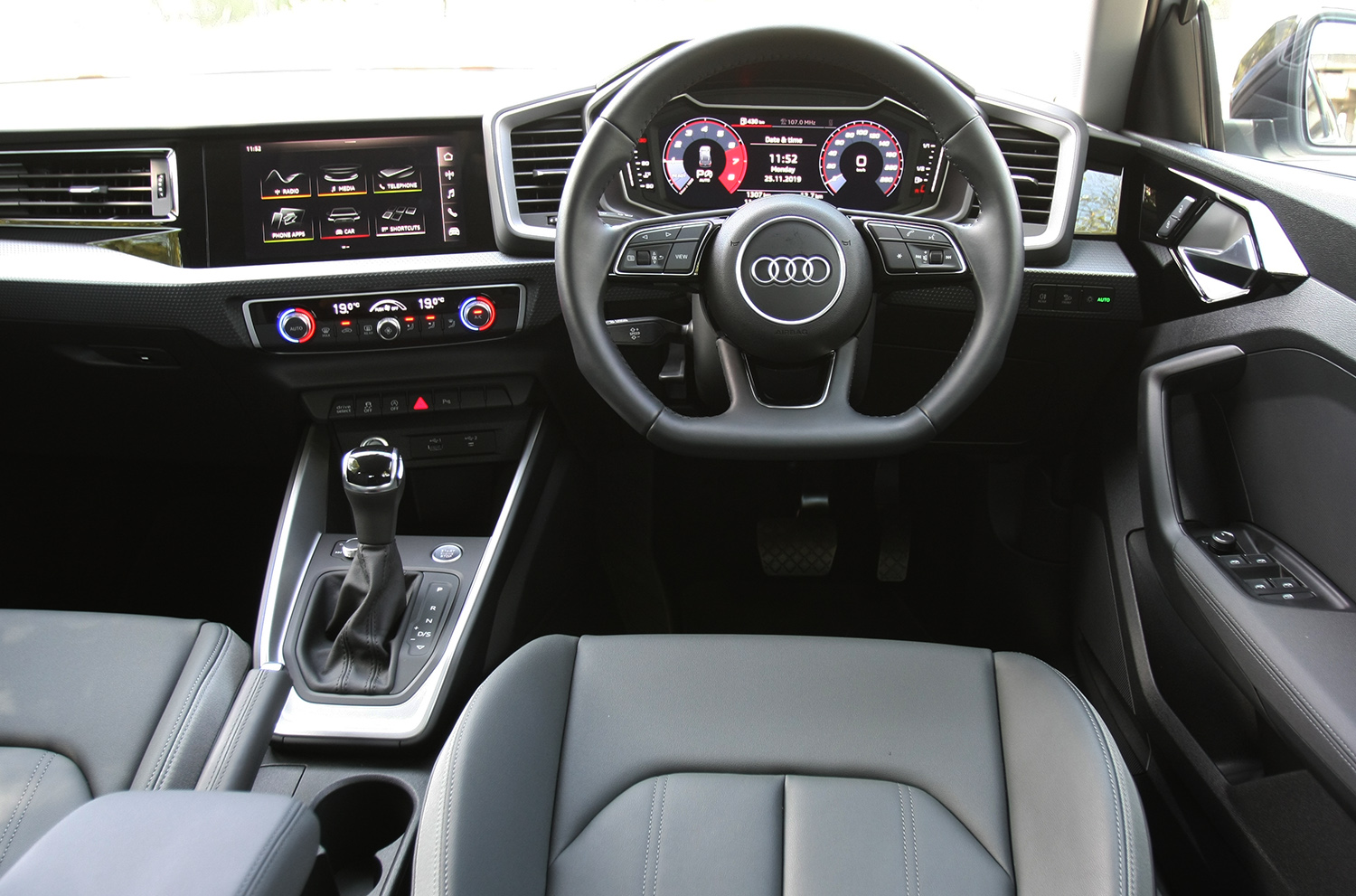 In terms of space and versatility, the A1 Sportback is exactly what a B-segment hatch should be. There’s just enough legroom in the rear, while the boot is decently spacious and well-shaped.

If you don’t happen to one of those luxury car punters valuing metal and space, this Audi is great for urban use. 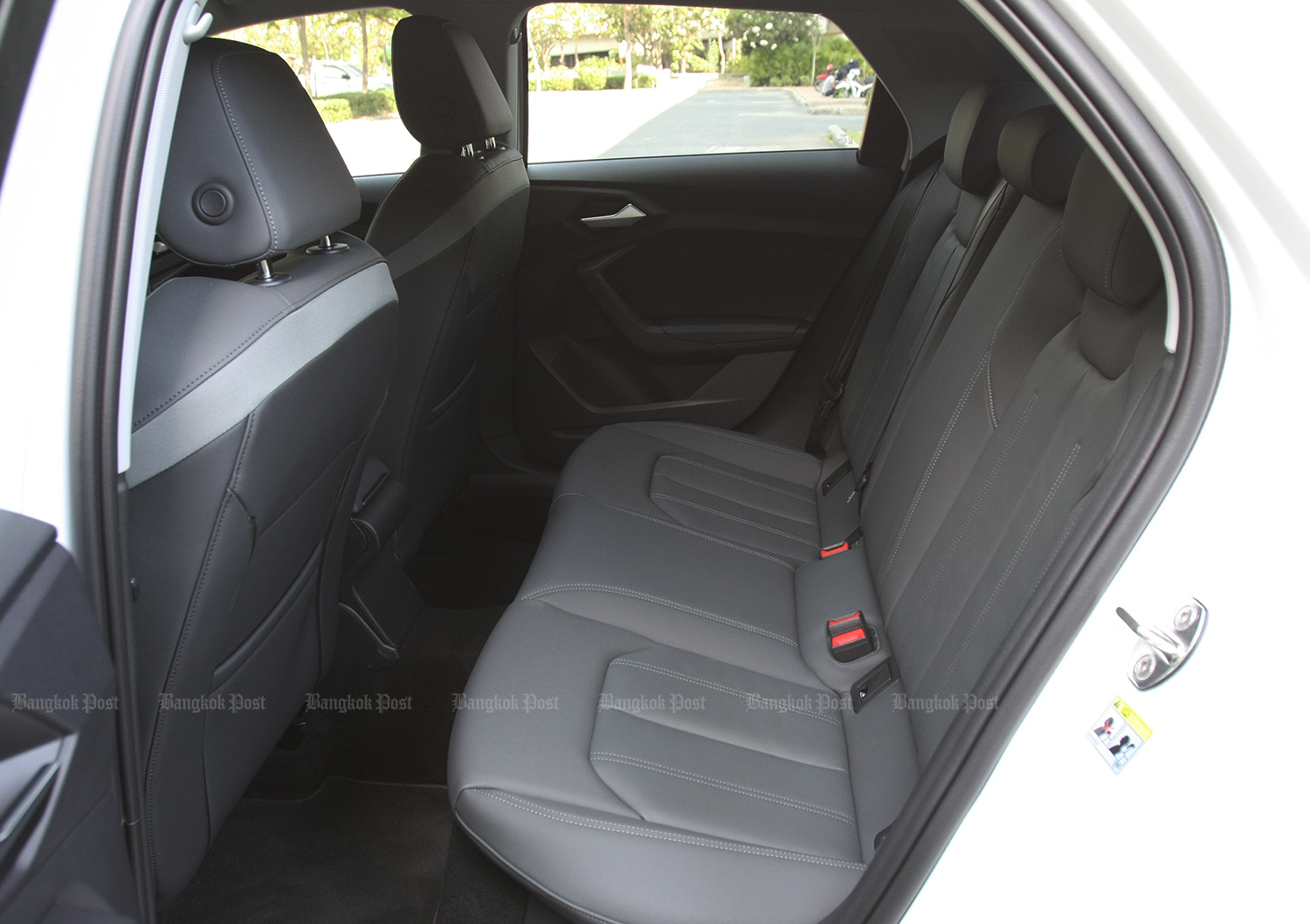 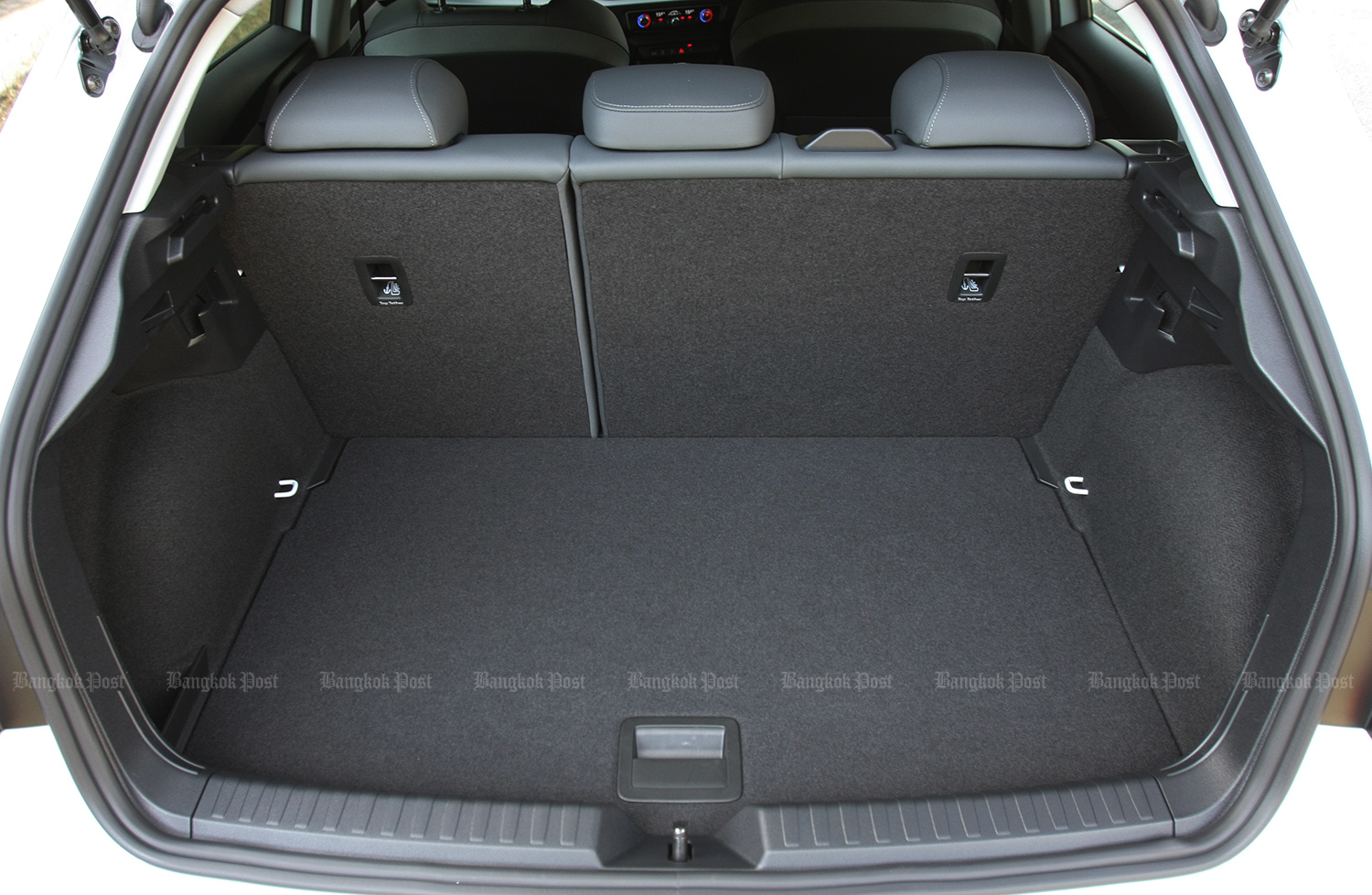 The compact dimensions contribute to highly agile driving manners. In the typical Audi fashion, the steering is light and direct. The ride, meanwhile, is quite OK on those 18in wheels.

In fact, the entire chassis setup is just about right for real-world driving, unlike in the Mini Hatch which still tends to prioritise meaty properties for demanding road conditions.

This should be one specific area clearly defining the two hatchbacks for prospective buyers: Mini is for fun-driving, while A1 Sportback is more easygoing and laid-back. 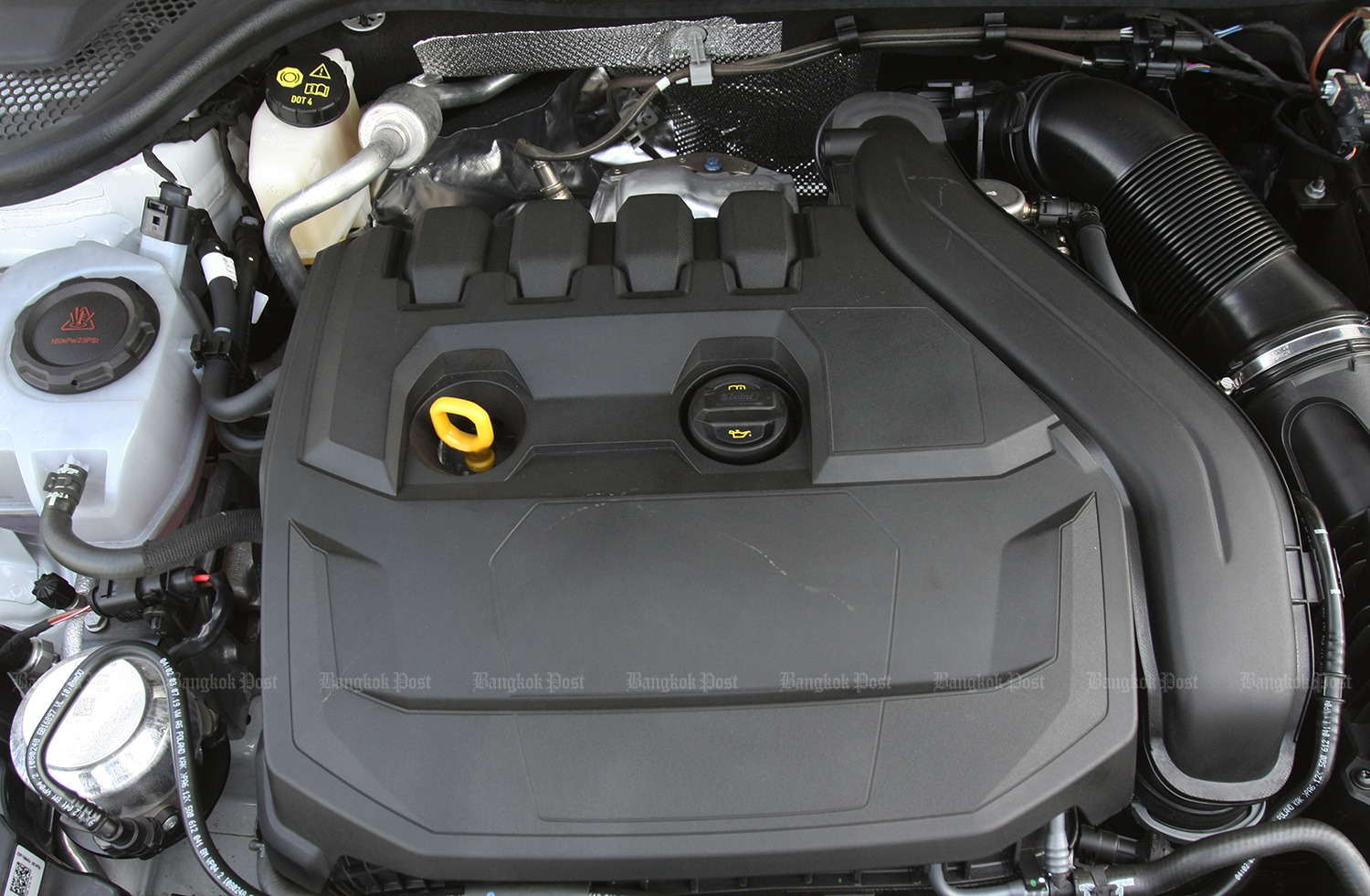 Since Audi wants to keep the A1 Sportback in the two million baht price range, it has opted for the 35 TFSI treatment. While it may not be the most potent engine available, the 150hp 1.5-litre petrol-turbo is sufficing enough at all real-world speeds.

And if you take the Mini into perspective, the 35 TFSI spec is actually better value because it has more performance than the similarly priced 136hp Cooper.

Had Audi imported the 200hp 45 TFSI, it would probably cost as much as the 192hp Cooper S at nearly three million baht.

At that price level, the A1 Sportback would mostly likely be dismissed instantly by a Thai punter. The 35 TFSI model is already in a tough position to convert the Mini fan. If you like a premium hatch that isn’t a Mini, you can’t look any further because there's isn't much else to choose from. 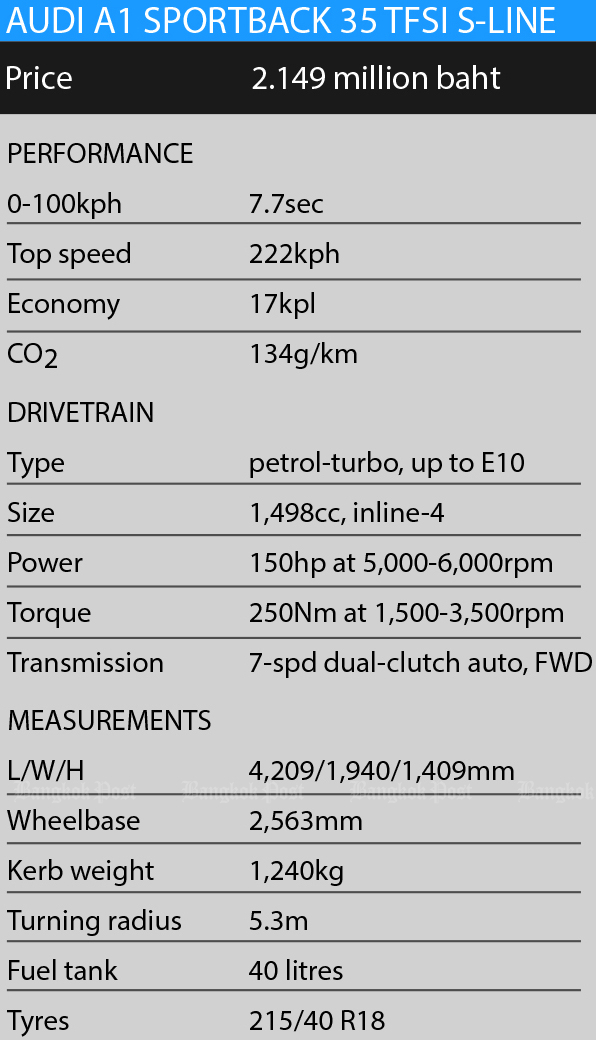 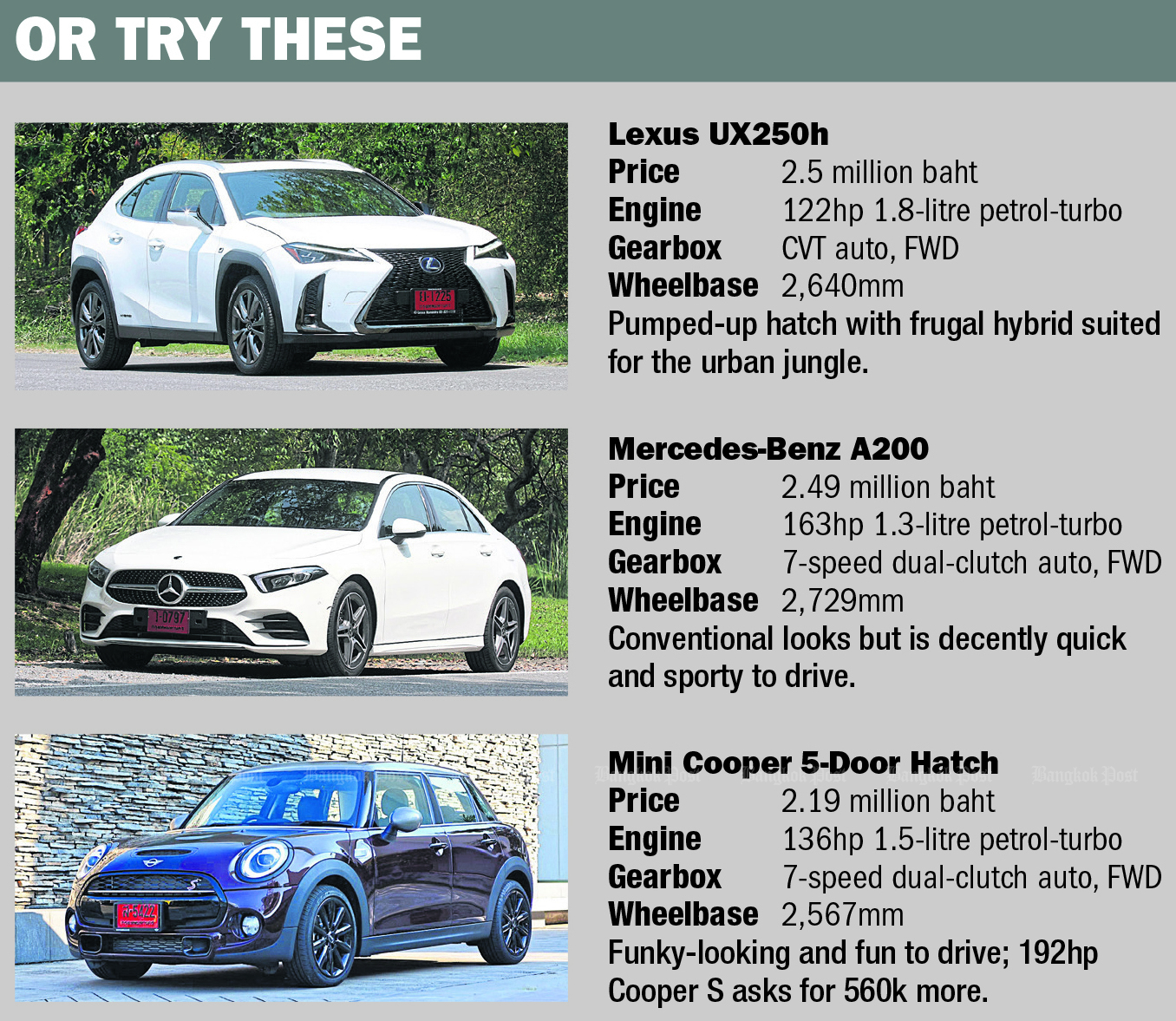