There’s a new turbo engine to choose from in the CX-5. Has Mazda answered a question nobody asked? 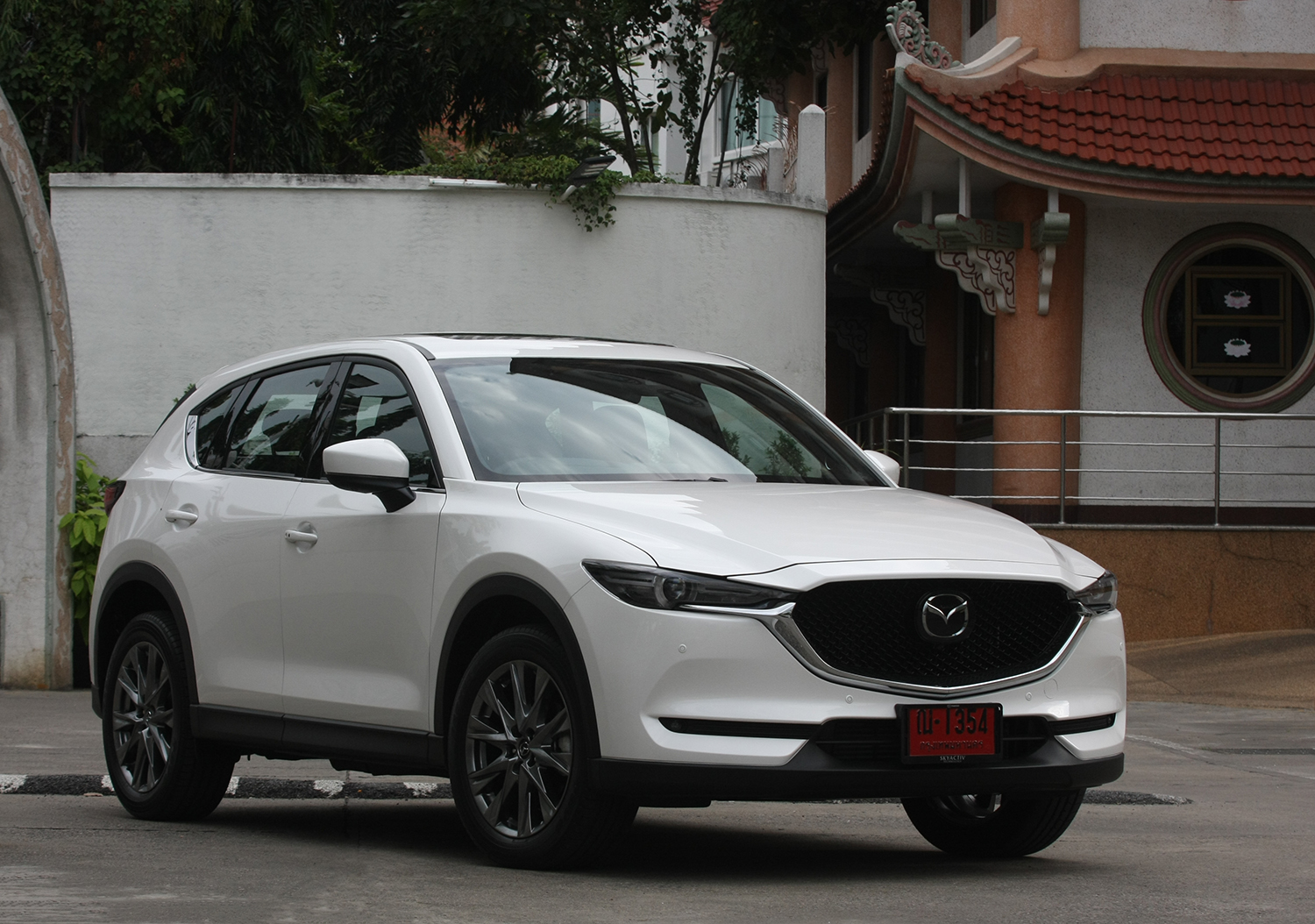 Choosing which engine to go for in the Mazda CX-5 is fairly easy. If you need proper SUV performance without being hamstrung on money, there’s the fine 2.2-litre diesel-turbo.

However, if 1.5 million baht is a bit too much for you, there’s the less gutsy 2.0-litre petrol variation lower down the range.

Now, there’s a third option available in the guise of a 2.5-litre petrol-turbo mated with the same six-speed automatic transmission from those two other motors.

In fact, this is not the first time Mazda is offering three choices in the CX-5. The previous-gen model also had a 2.5-litre but without turbocharging producing 192hp; this current-gen one makes 231hp with a blower.

Due to its high power and performance levels, the new 2.5 is priced on top of the CX-5’s range at 1.85 million baht – 60k more than the 2.2-litre diesel-turbo, equipped similarly with all-wheel drive and an array of driving aids.

Aside from being the priciest CX-5 currently on sale, the 2.5 also perilously trespasses the price territory of the bigger CX-8. Who exactly is this new motor for? 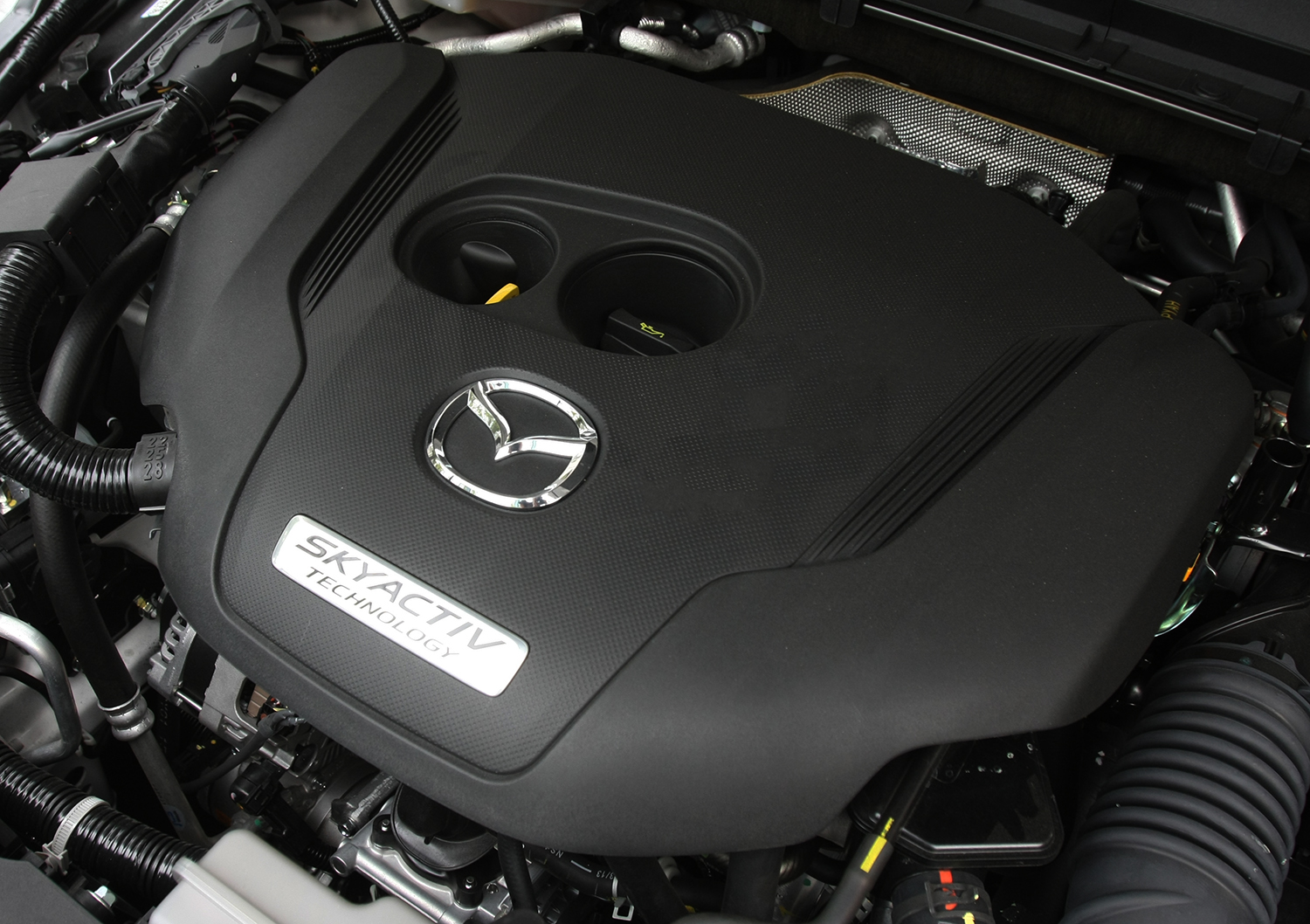 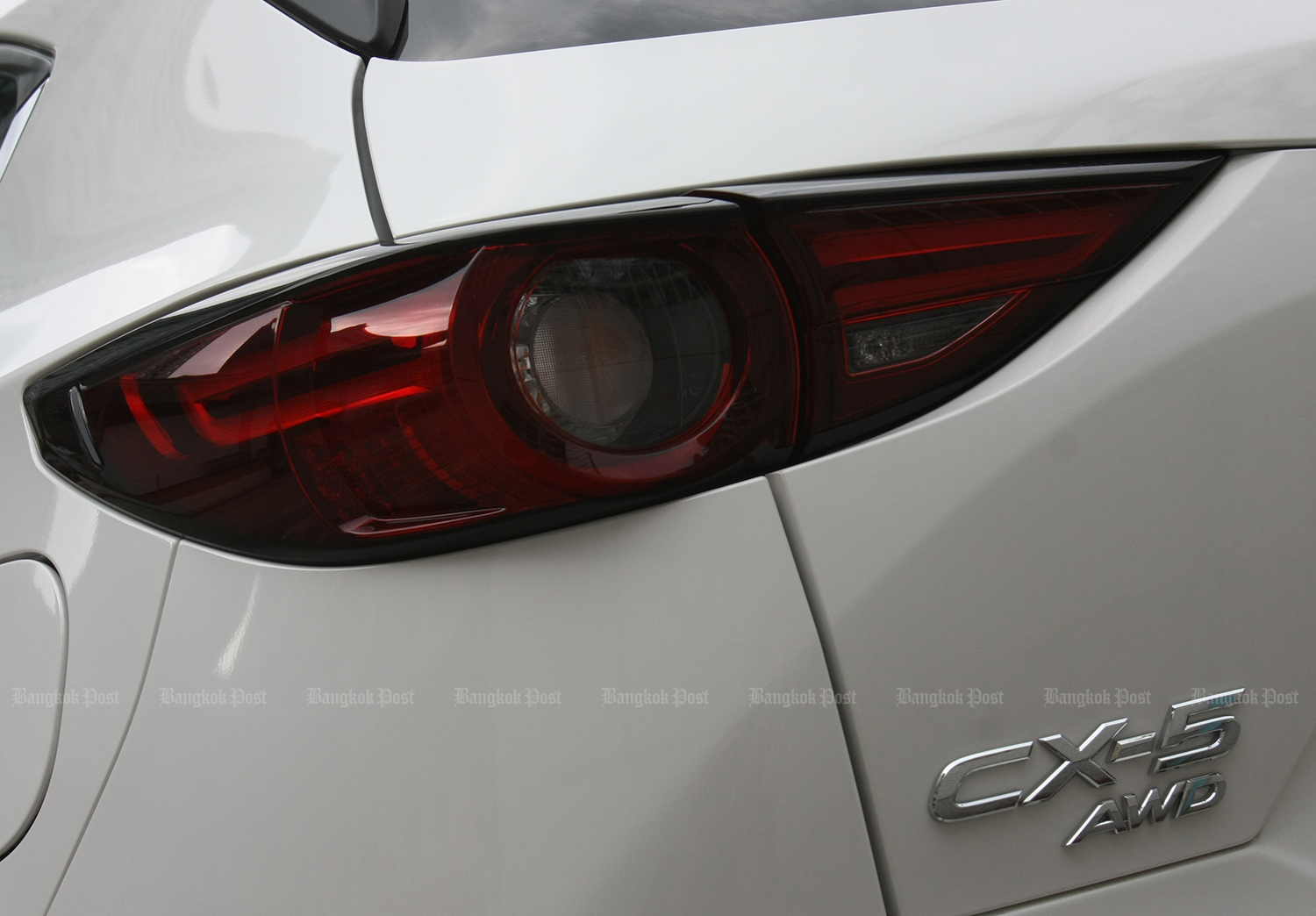 It isn’t difficult to fathom what the 2.5 is like on the move. Strapped with a turbo that kicks in at reasonably low engine revs, the performance it yields is on the effortless and spirited side of things.

It was also smooth-running in the previous non-turbo counterpart, but this time you can feel genuine forward thrust with forced induction working effectively at all kinds of speeds.

Since there’s more than 200hp of driving performance, the 2.5 is only available with all-wheel drive. Which is a totally good thing because it needs it, not to make off-roading easier but driving on the sealed tarmac more confidence-inspiring and safe.

Due to its price position, the 2.5 is generously equipped with features to meet a diverse range of needs by clients. Apart from a sunroof for frying your head under the sun and front seats with cool-air ventilation, there are around 10 items relating to driver-assist technology. 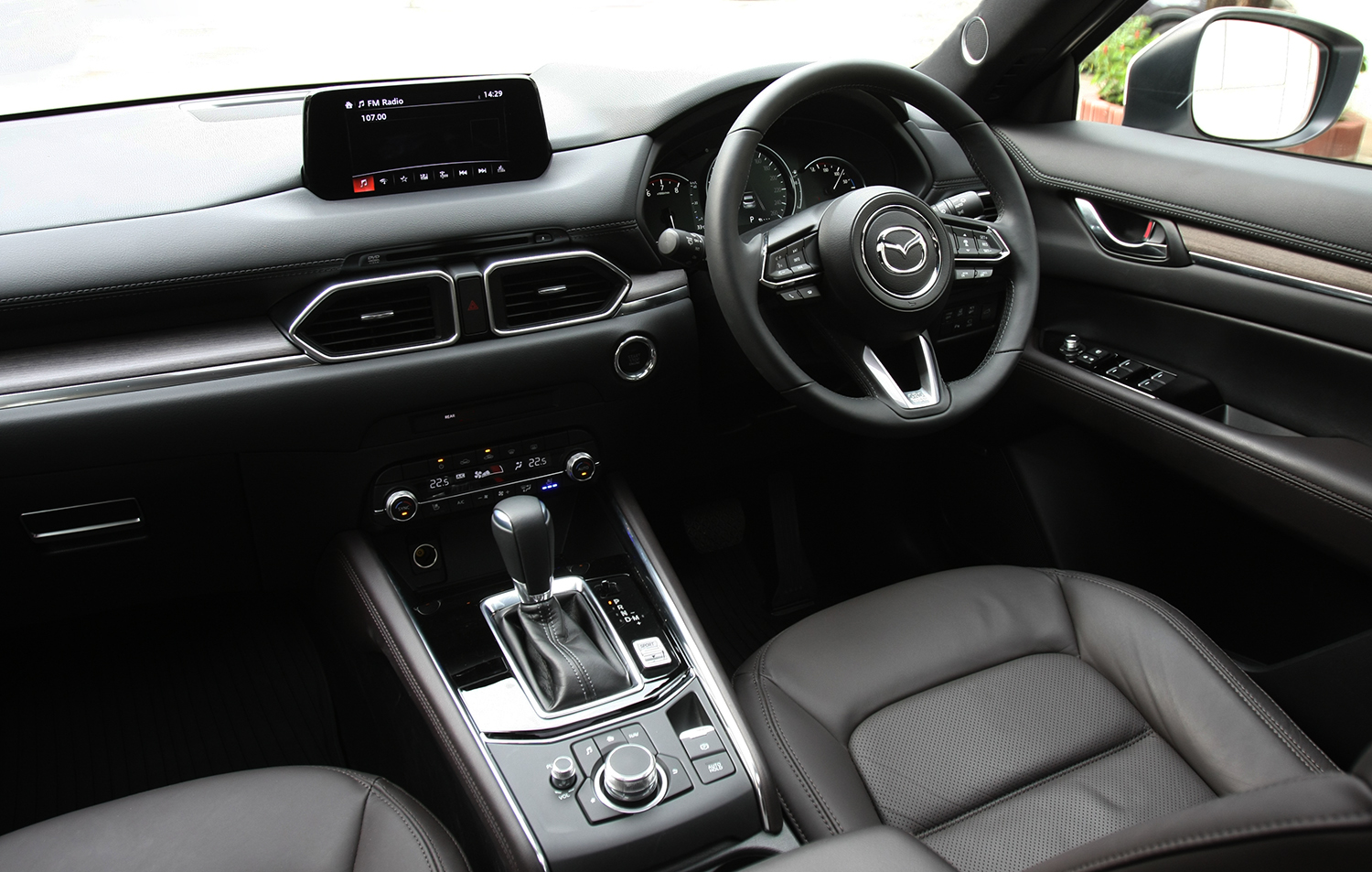 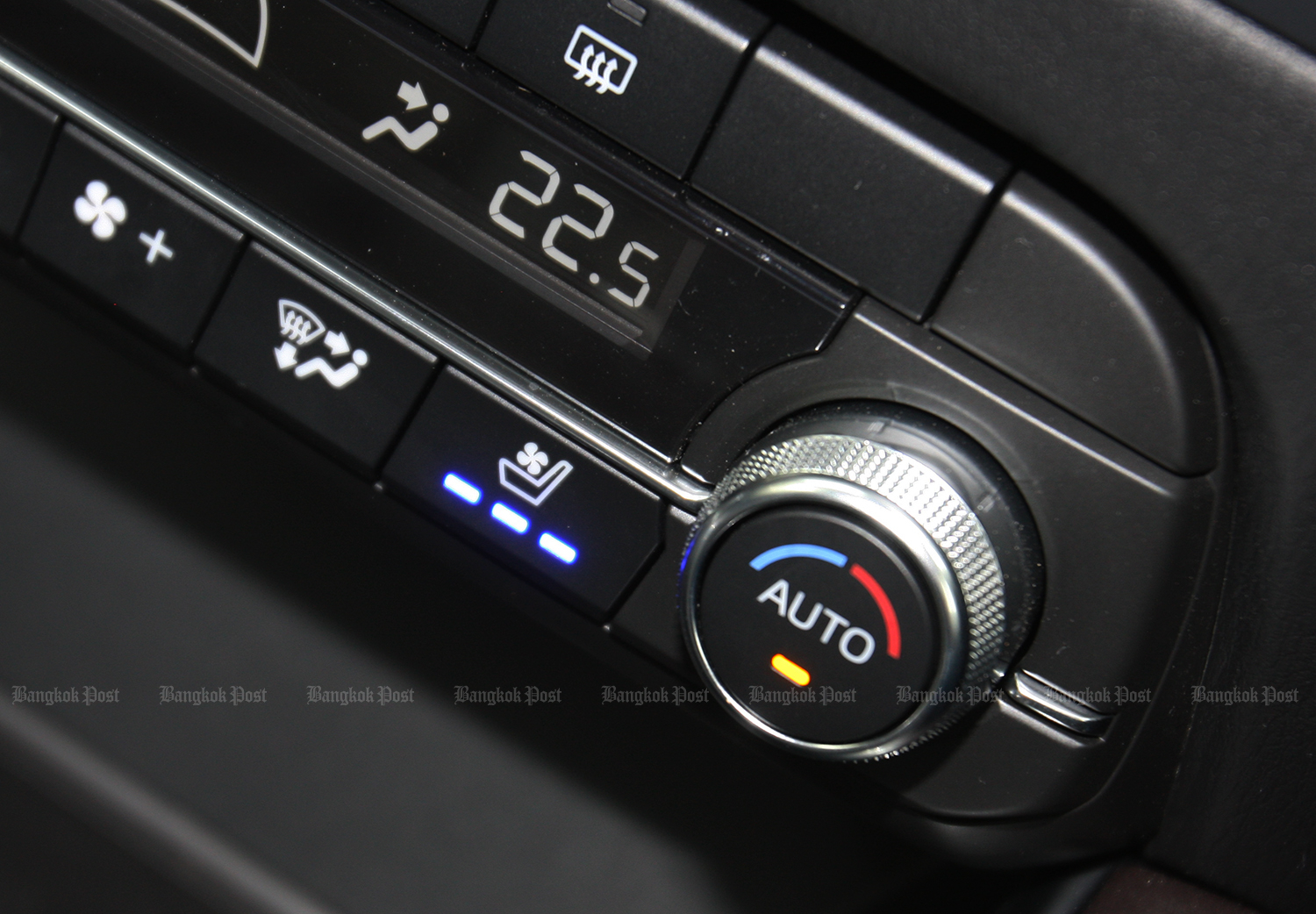 Despite the easy driving manners and generally comfy ride the 2.5 has to offer, the chassis could have had beefier values, be it the suspension rate or braking power.

Really lean on the 231hp, and you’d instantly wish for more handling security when slowing down or dealing with curvy roads. And to top things off, the 2.5 can be quite thirsty on fuel when pushed.

Understatement may be nice, but this particular 2.5 gives away virtually none of its visual identity. Some sporty or racy details, be it on the outside or in the cabin, would have been nice. 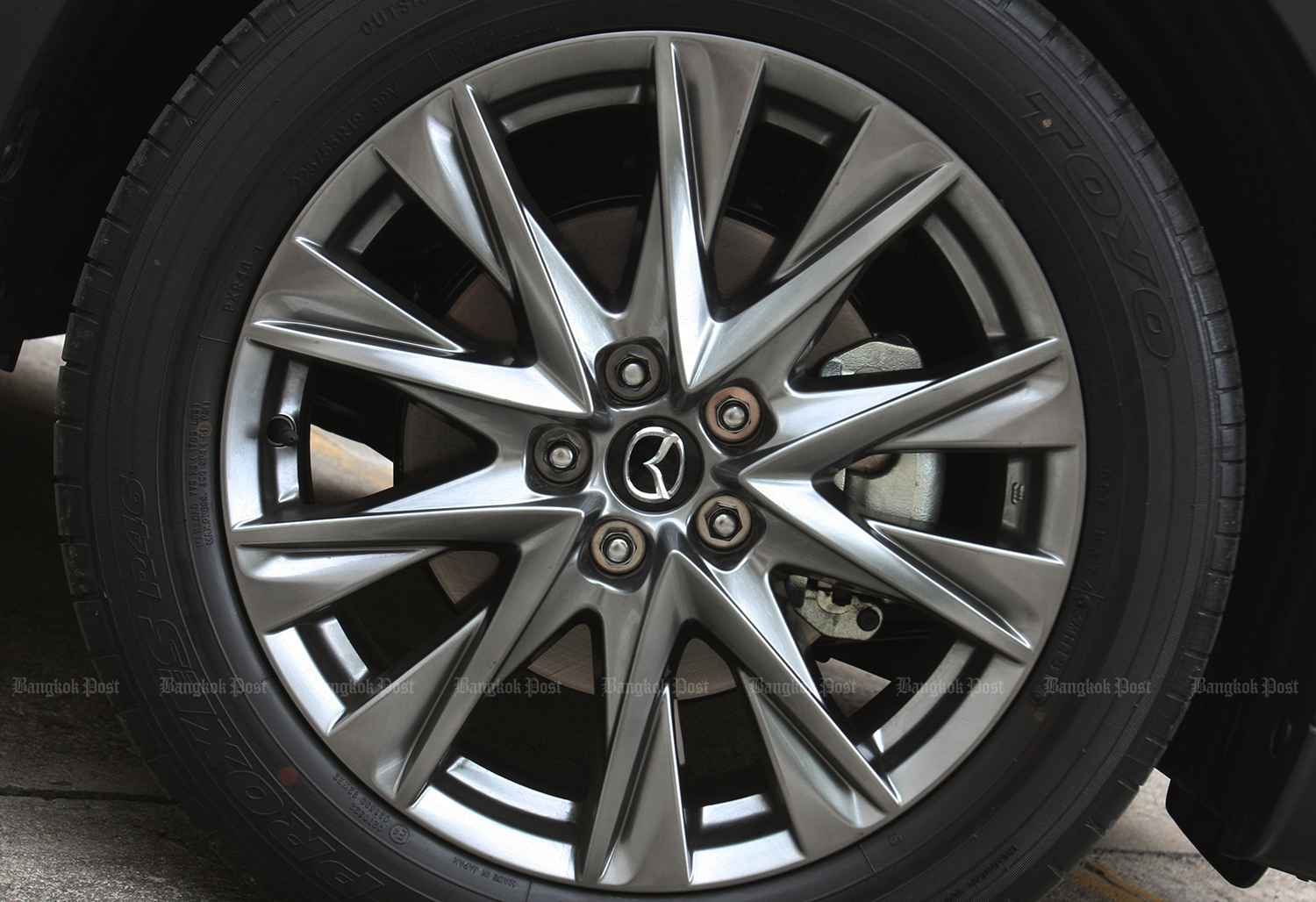 Giving more choice to buyers can never be a bad thing, especially in a regulated market with not so many brands being able to compete freely.

But the 2.5 version in the CX-5 is kind of pointless because outright performance could hardly be a priority among buyers in SUVs of this genre and price.

If it really was, the 2.2-litre diesel-turbo is easily the real deal. Actually, Mazda Sales Thailand has just updated the 2.2 by tweaking it to produce 190hp, up from 175hp.

So yes, we’d say bye-bye to the 2.5 because it’s probably something the (Thai) market never really asked for. 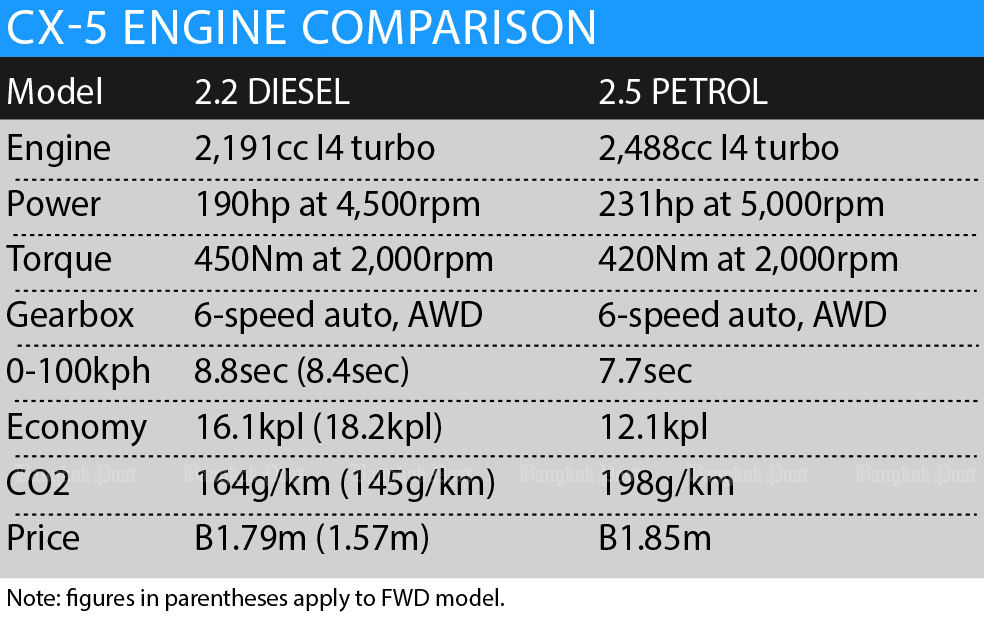 Prime Minister Shinzo Abe declared on Tuesday a state of emergency for Tokyo, Osaka and five other prefectures to curb the spread of the new coronavirus after an alarming growth in cases in urban areas.