Volvo’s new V60 is utterly quick, but whether it needs to be is debatable. 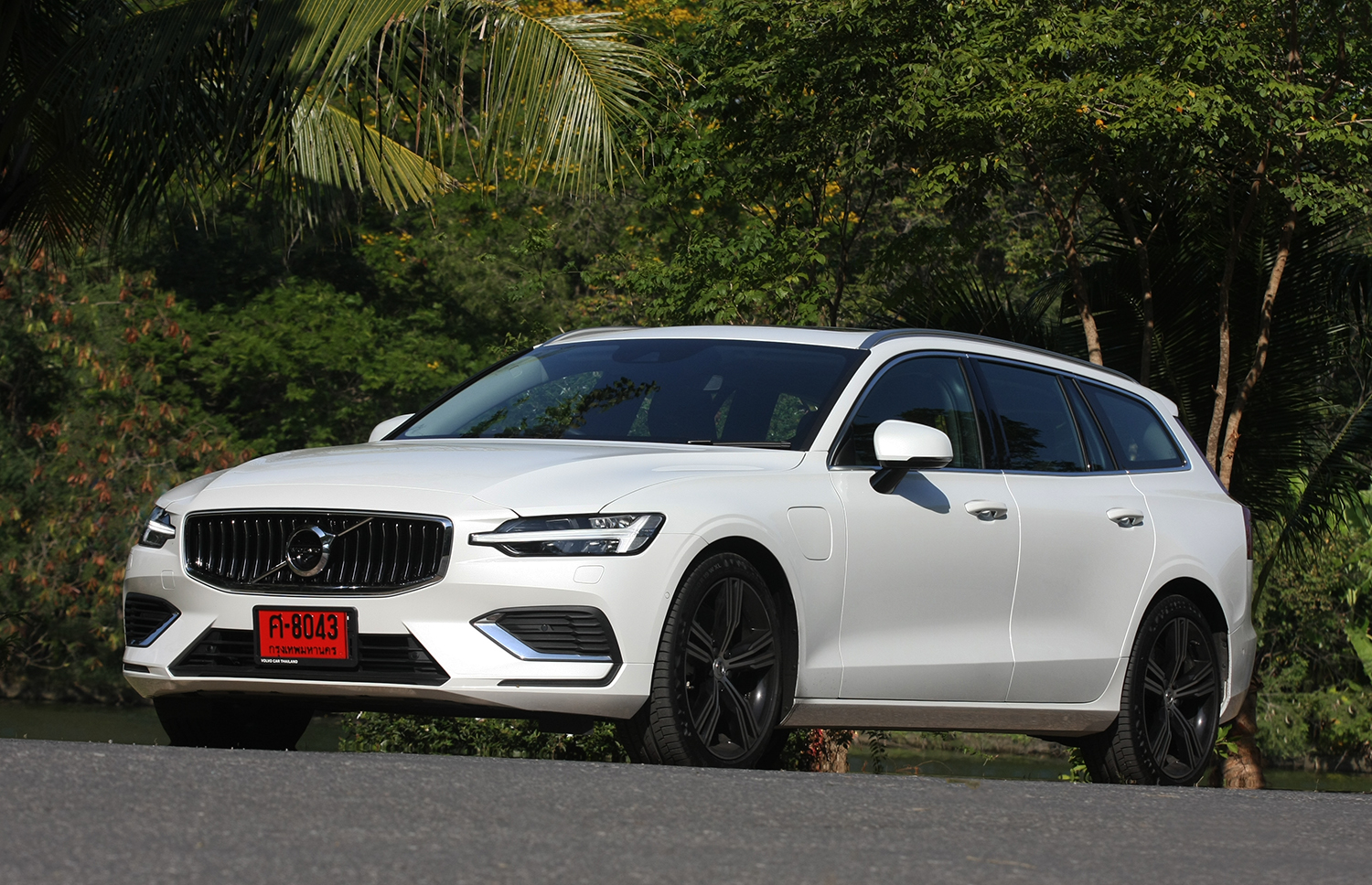 Despite their functional packages and car-like driving characteristics, estates have never really managed to attract Thai buyers largely due to the presence of SUV derivatives.

And due to their even tighter margins, imports of the smaller 3 Series Touring and C-Class Estate have been conveniently ignored by their respective distributors in Thailand. 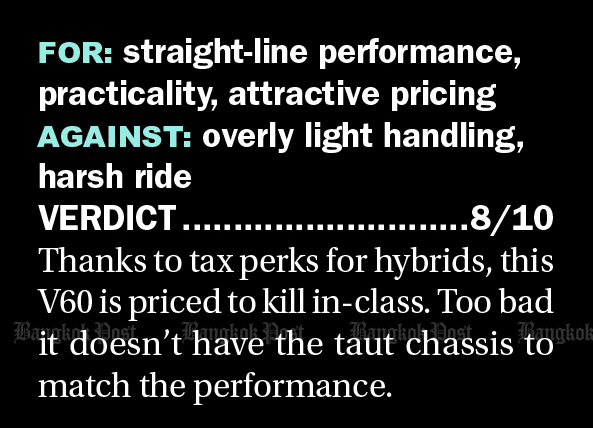 But that hasn’t stopped the Thai Audi agent from finding reasonable success with the A4 Avant. Sure, Audi has SUVs like the Q3 and Q5, but the A4 Avant is positioned quite neatly at some three million baht – a price level BMW and Mercedes have found quite difficult in placing their compact estate bets.

Estate fans will also note that the V60 had a respectable track record in Thailand. Unlike the V90 that’s shipped in from Sweden, the V60 is finished in Malaysia and brought over to Thai shores via Afta trade perks.

With prices anywhere between 2-2.5 million baht, the V60 stood a good chance of being perused by some luxury car punters who might have found the XC60 SUV a little too big in size and high in price, at some 3 million baht. 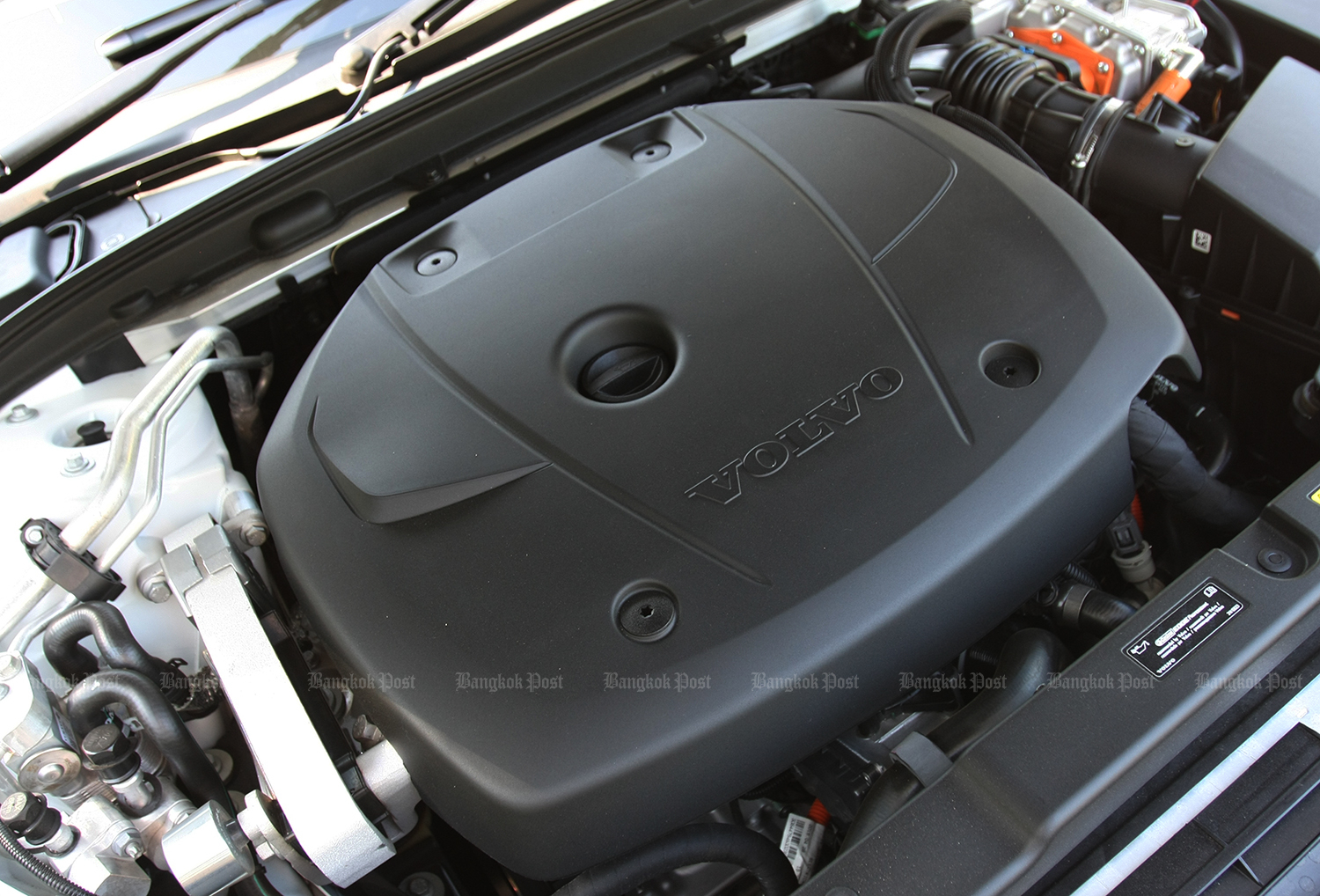 And if you look at the all-new V60, it’s a highly interesting car not because of its competitive prices in-class but for what it actually packs under the bonnet. A diesel motor makes great sense in cargo-carriers, but the V60 hasn’t got one.

Thanks to hybrid tax perks in Thailand as low as 8% (20% if fitted with the cleanest possible diesel), Volvo has chosen to mark the V60 with the T8 treatment consisting of 2.0-litre turbo/supercharged petrol-electric producing a combined 407hp.

Yes, you read that correctly: a 400hp-plus car at circa-2 million baht prices. Great value, you could say, if performance is the name of the game here.

And unrivalled, too, in not just the V60’s class but the entire luxury car market. Just as a refresh, this is the same T8 drivetrain as found in the pricier S90, XC60 and XC90.

In the V60, this hybrid provides strong performance, be it city or highway driving. In fact, the high amounts of tractable power make the T8 a good replacement for any diesel engine that would have been a natural match in the V60. Better, the T8 can run on pure electricity for some 50km if you had plugged in fully beforehand. 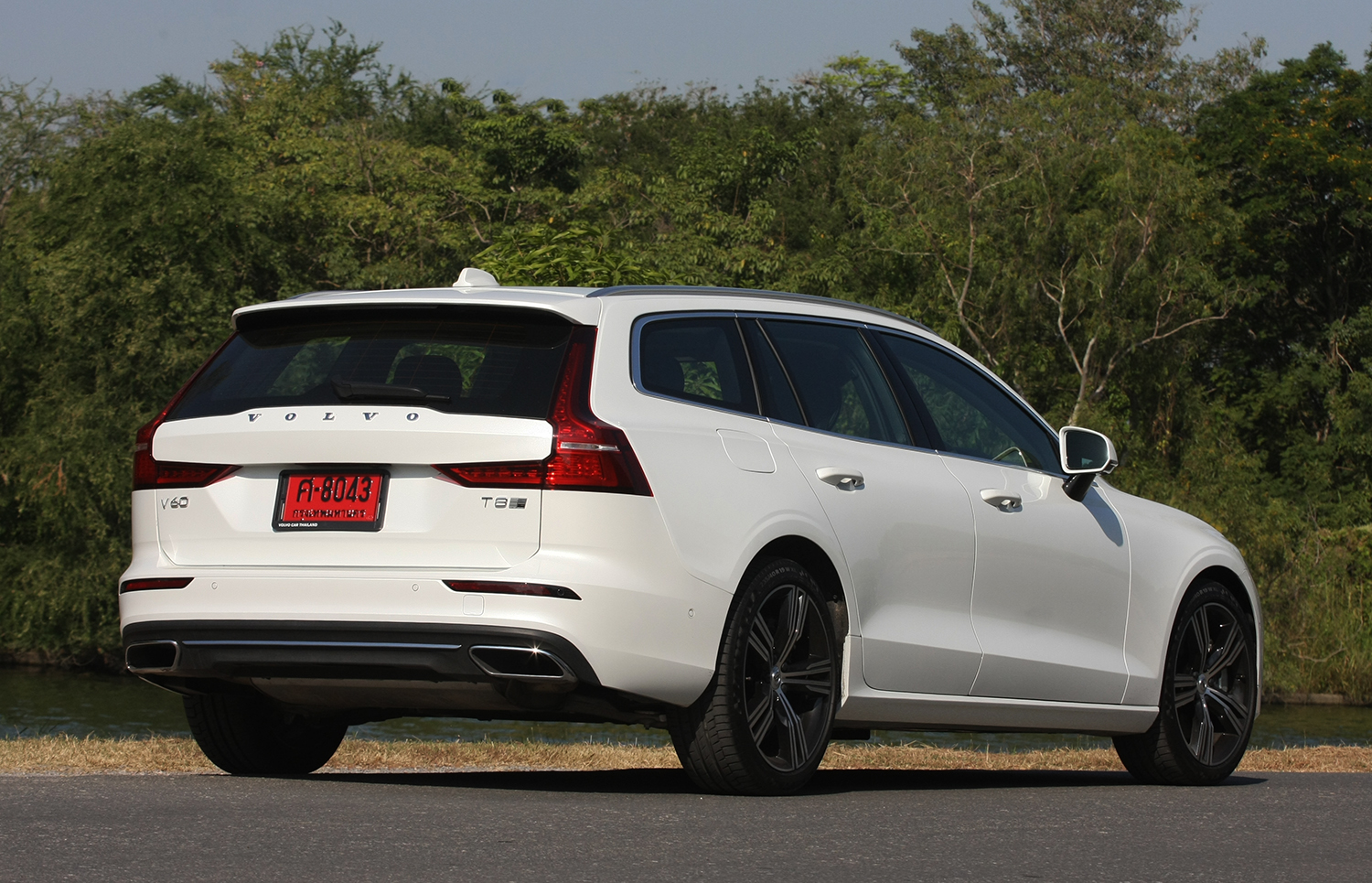 But for all that massive power available, there are some small drawbacks in the T8. Fuel consumption can be an issue if you get carried away with that straight-line punch. As well, the engine sounds too coarse to really be appreciated for what it is capable of.

Speaking of that, the chassis could have done a better job in dealing with all that kind of performance. While an effortless steering and easy handling can never be a bad thing in a family car like the V60, the overall values seem not solid or confidence-inspiring enough when going to the limits. You could see this in two ways. One, there’s probably too much power in this particular V60 given how laid-back the chassis has been honed.

Second, the suspension, steering and brakes needs to be beefed up in the vein of a proper high-performance estate.

Given its market position, it might be safe to suggest that the V60 doesn’t really need that much power. If you drive the T8 gently, it’s a fairly nice cruiser bar some ride harshness probably generated from those 19-inch wheel and tyre combo of the Inscription spec, as tested here. 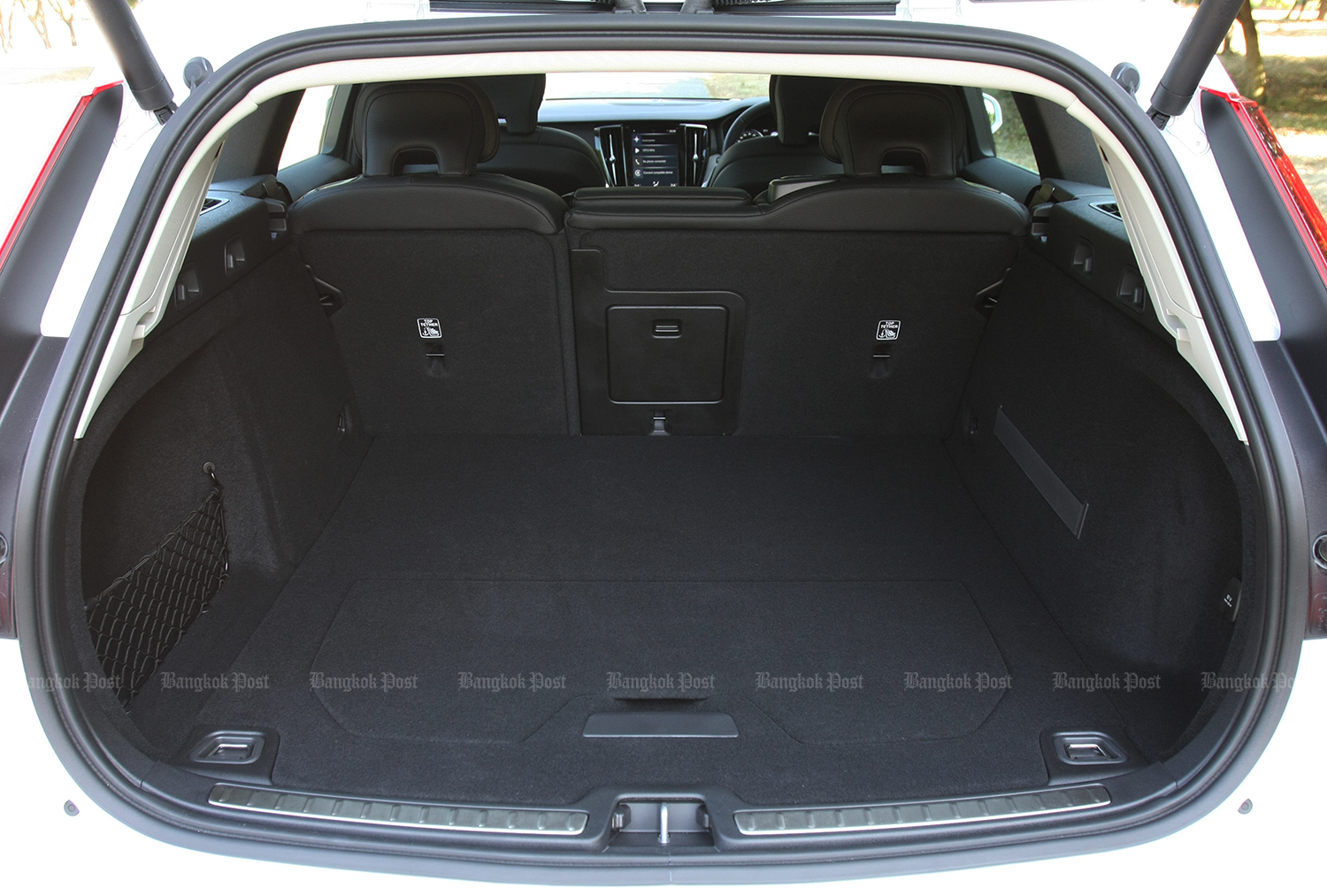 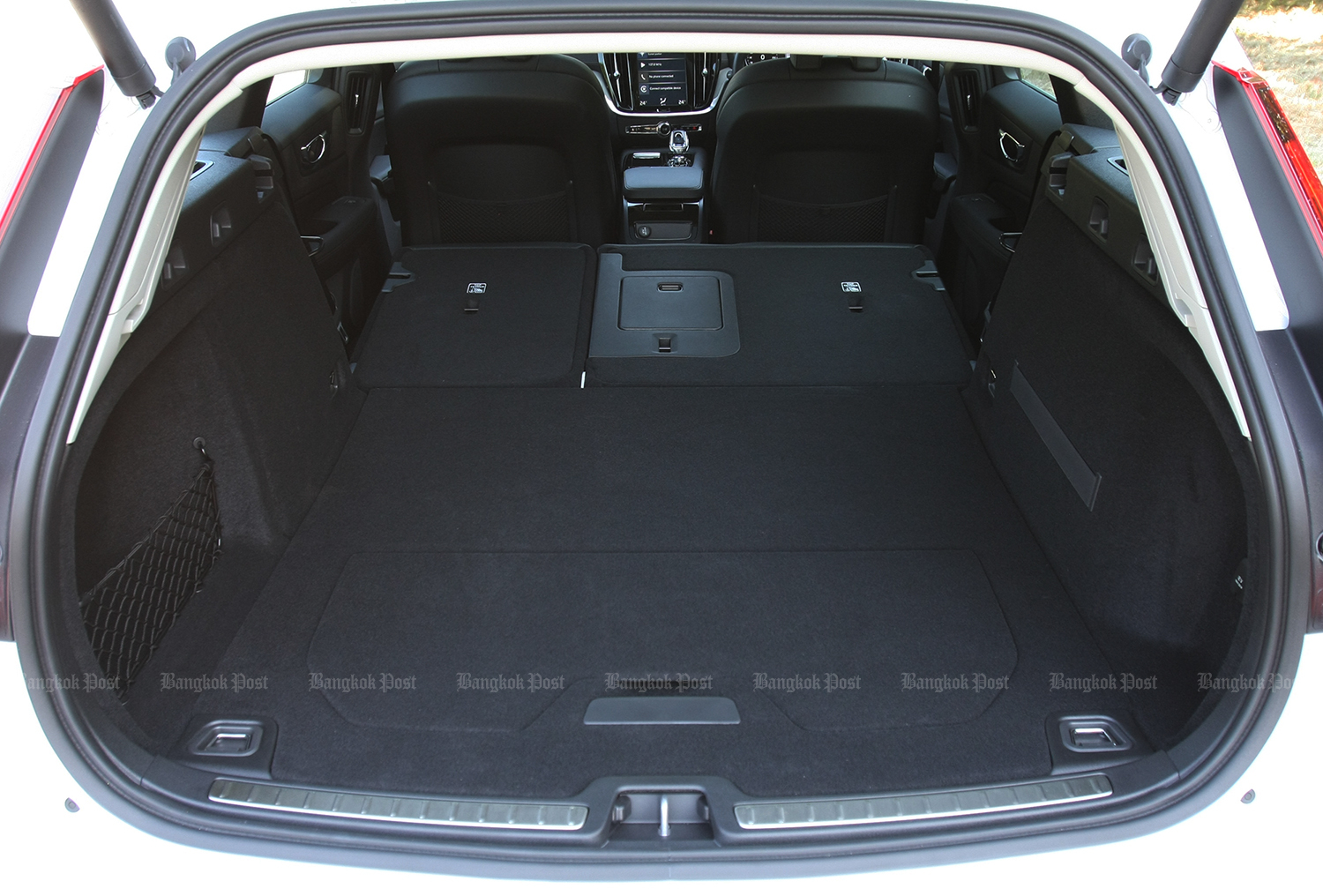 As an estate, the V60 is practically spot on in nearly every facet, which isn’t surprising because Volvo is good at things when it comes to functionality. The boot, for one, has intricate details relating to practicality and is almost flat when the rear back rests fold down.

While the V60 looks nicely compact from the outside, the cabin still feels roomy offering enough head and legroom for tall passengers in the rear quarters. The airiness is made better with the Inscription’s large glass roof, although there are certainly repercussions on Thai sunny days. 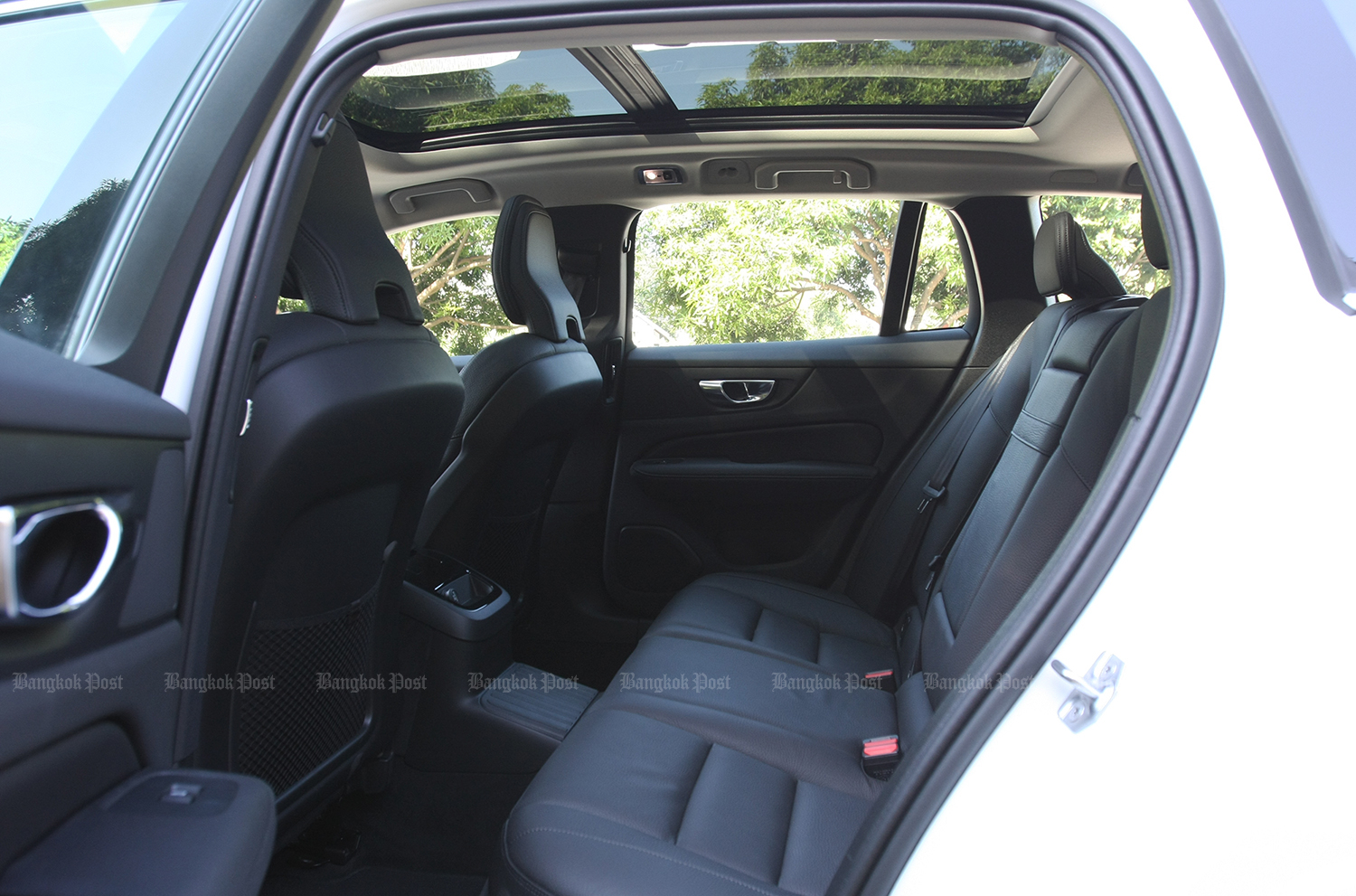 As in other new Volvos, the V60’s fascia is centred around a digital instrument panel and tablet-style infotainment screen, just that everything feels downsized if you’re acquainted with the various XC sport-utilities.

Actually, the slightly cocooned effect in the V60 makes ergonomics almost peerless. Yes, there’s a good driving position here complemented by nice cabin materials that help justify its premium. At such prices, the V60 is well-equipped with all kinds of driver-assist features that can’t be found in the pricier A4 Avant.

Because of its unrivalled position in Thai luxury car market, the V60 is easily the estate to be had for the moment. It probably can’t be priced better than this (so to speak) with such kind of performance and the unique body style it has to offer. Imperfect it may be, but largely capable the V60 is. 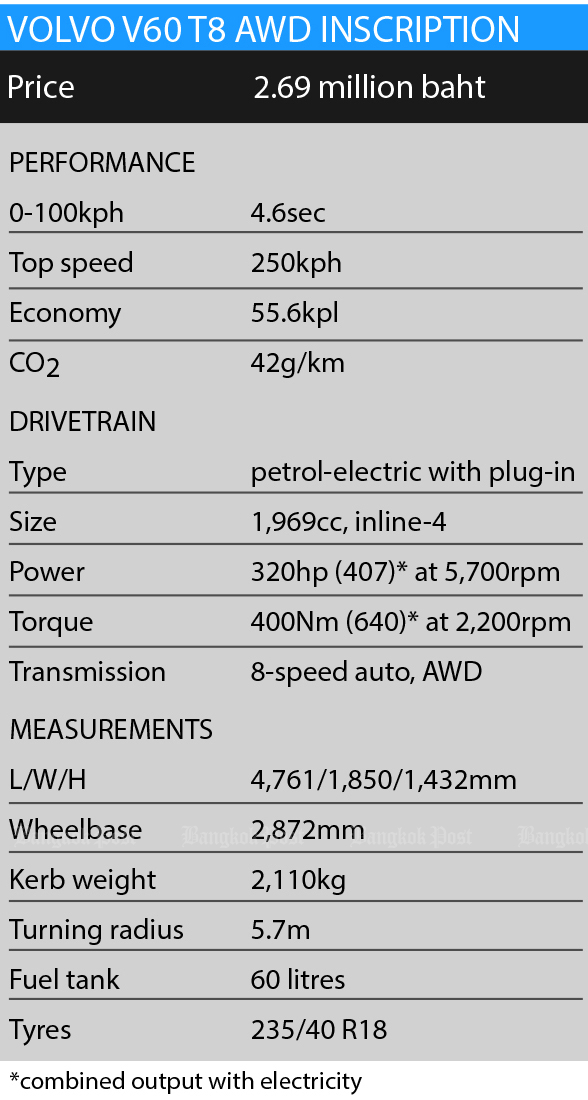 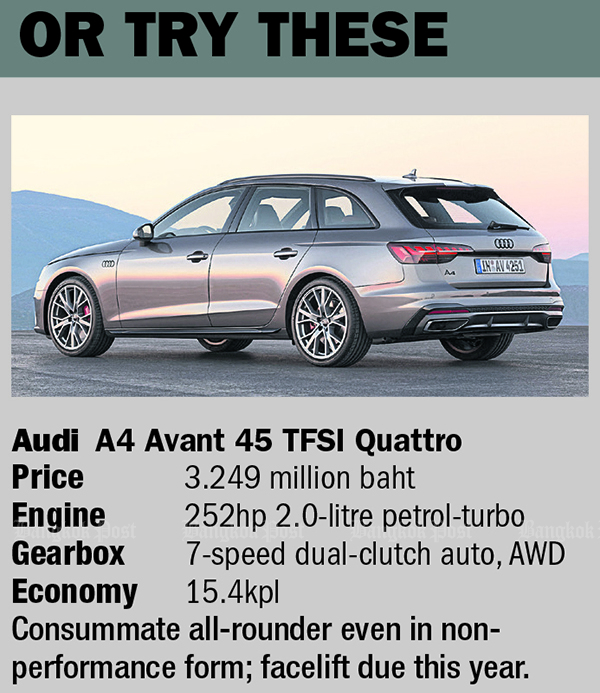 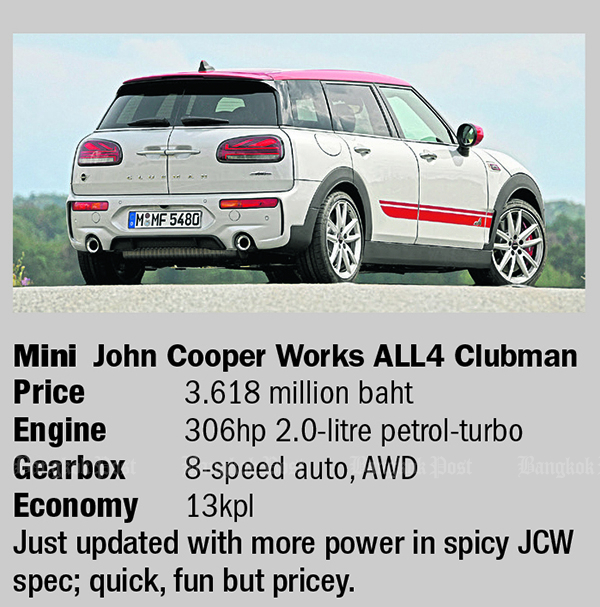 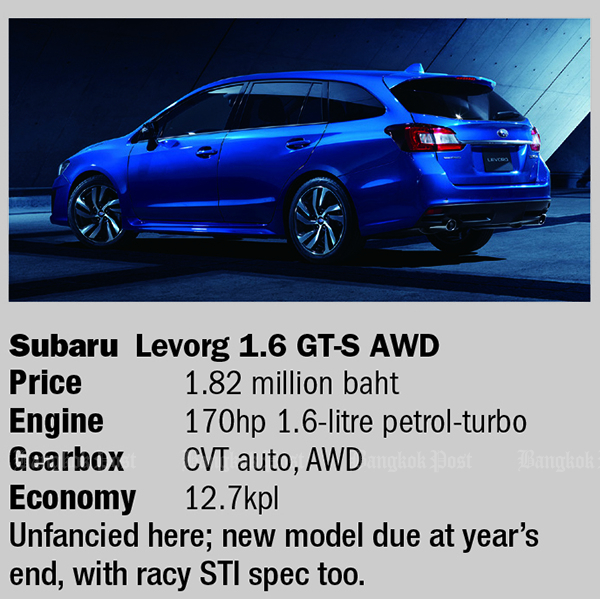