A plug-in hybrid may be coming soon, but the latest GLE still scores with a fine diesel and practical interior. Disparities in price between cars imported in fully built-up forms and those assembled in this region are sometimes vague.

Take the latest Mercedes-Benz GLE as an example. When it was launched in Thailand late last year, it costed a touch over six million baht.

A few weeks after, the locally built version came on stream at 5.19 million baht, nearly 900k less than the launch model coming from Europe. 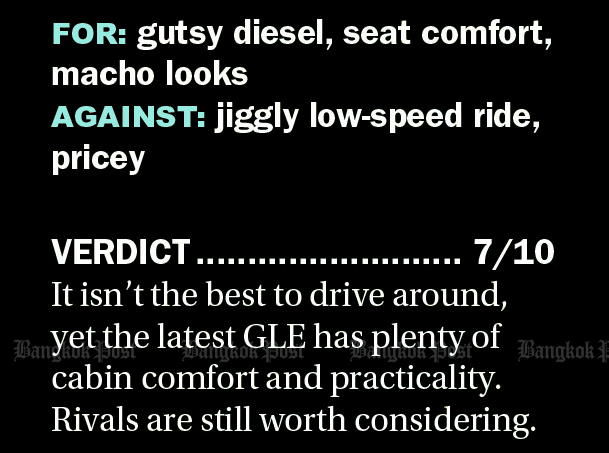 That sounds quite fair because similarly powered rivals with diesel engines like the imported BMW X5 and Land Rover Discovery cost at least 5.5 million baht. But glance at the Audi Q7 and you wonder why it’s cheaper at 4.8 million baht despite being an import.

And if Mercedes’ idea of wanting to bring a certain model’s price in Thailand down to a competitive level is to be done via local assembly, then it becomes even stranger because the Malaysian-made Volvo XC90 goes for just over four million baht.

So whether it’s finished in this region or elsewhere that enjoys no free-trade benefits with Thailand, the GLE300d isn’t that price-attractive when you consider what’s available in this particular class of luxury SUVs. So much for local assembly, you could say.

Pricing aside, can there be anything good about the GLE300d which has a circa-250hp diesel motor like all of those aforementioned rivals? 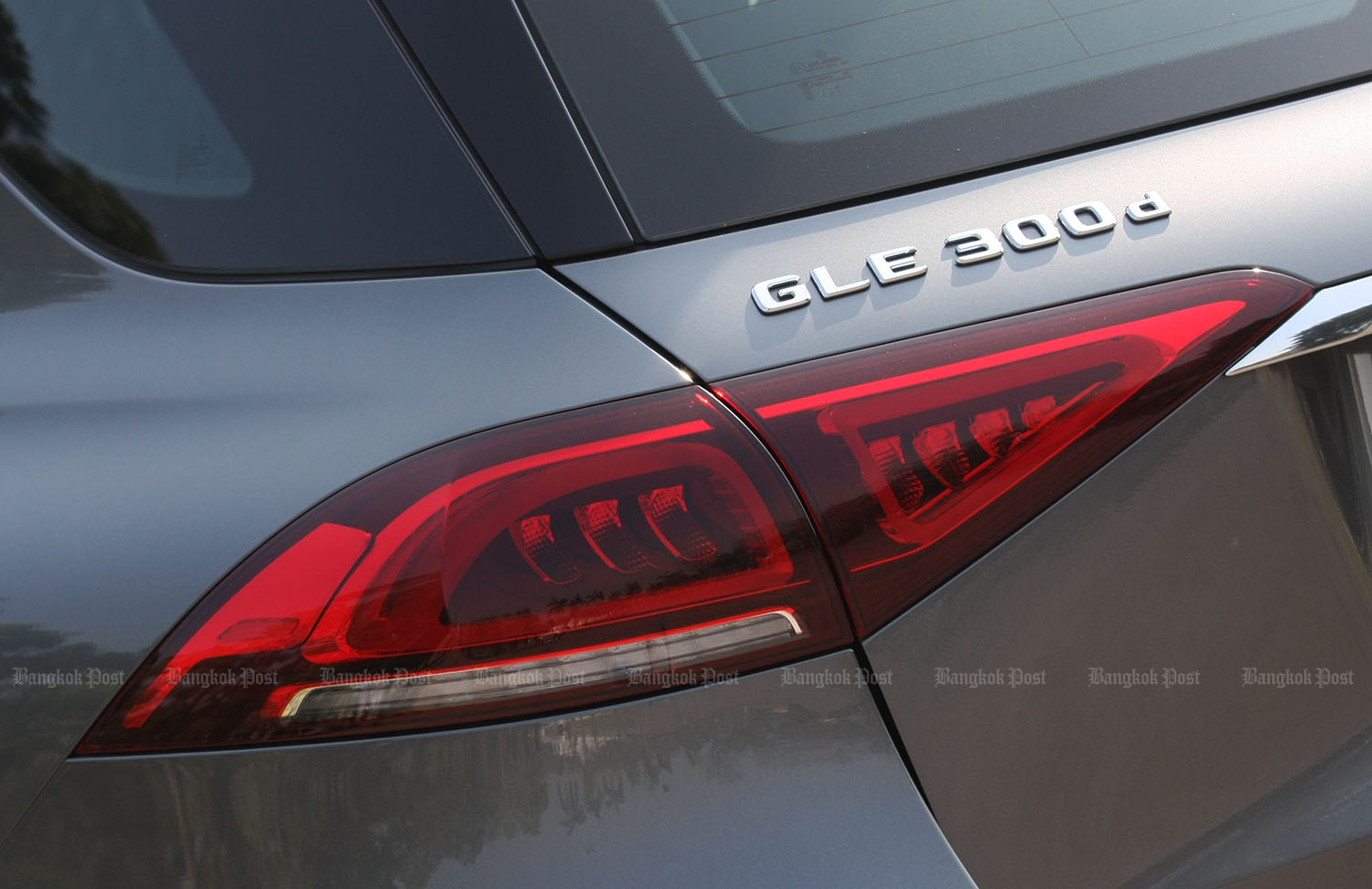 For starters, the GLE300d that’s sold here comes with seven seats matching the Discovery and XC90. And just like them, the Merc is more of a 5+2 whereby the third row chairs are more suitable for kids.

Likewise, users can choose to store those seats into the cabin floor to help create a large flat boot; the second-row can also be knocked down. Practicality-wise, the GLE is basically on par with the Land Rover and Volvo. 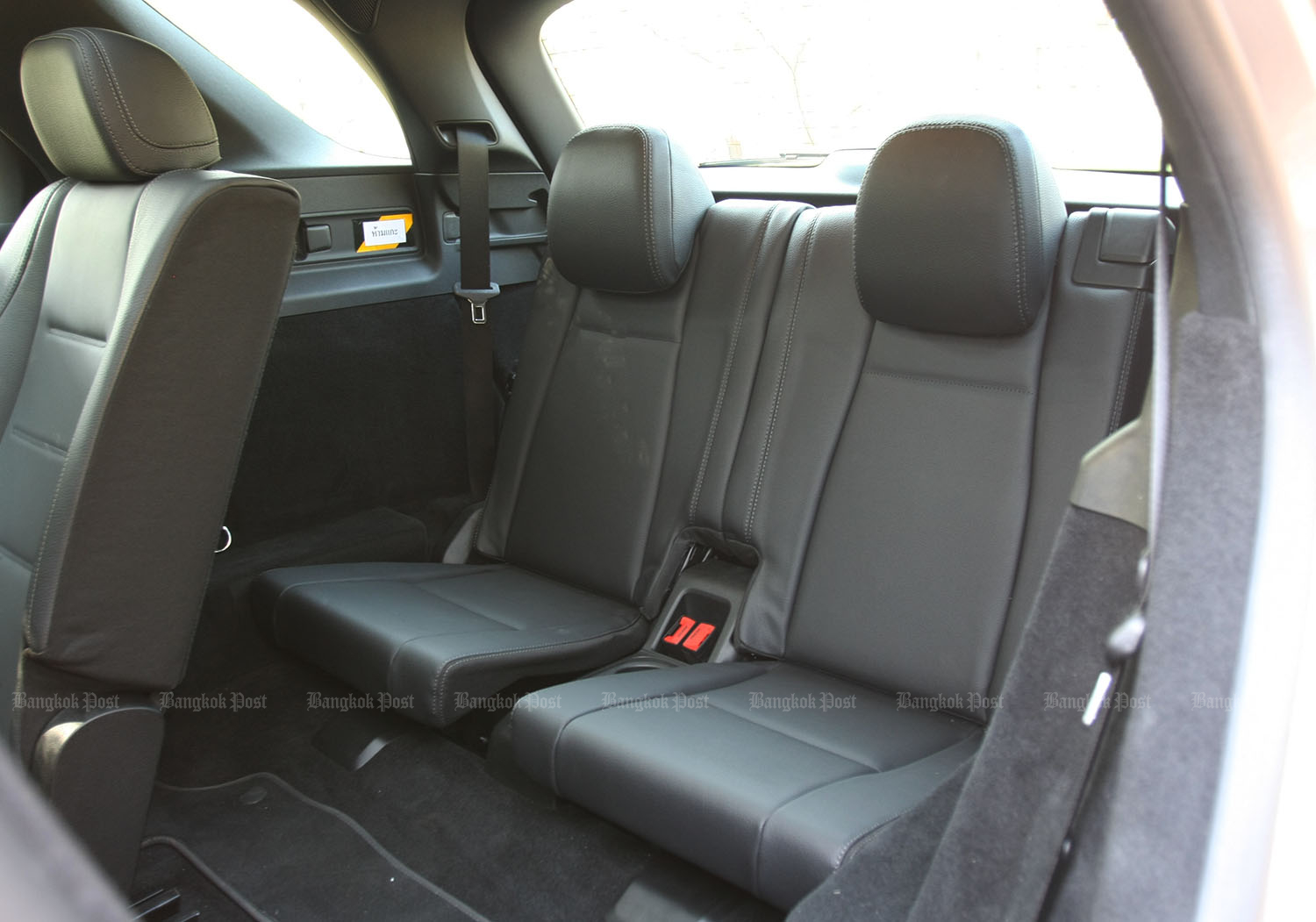 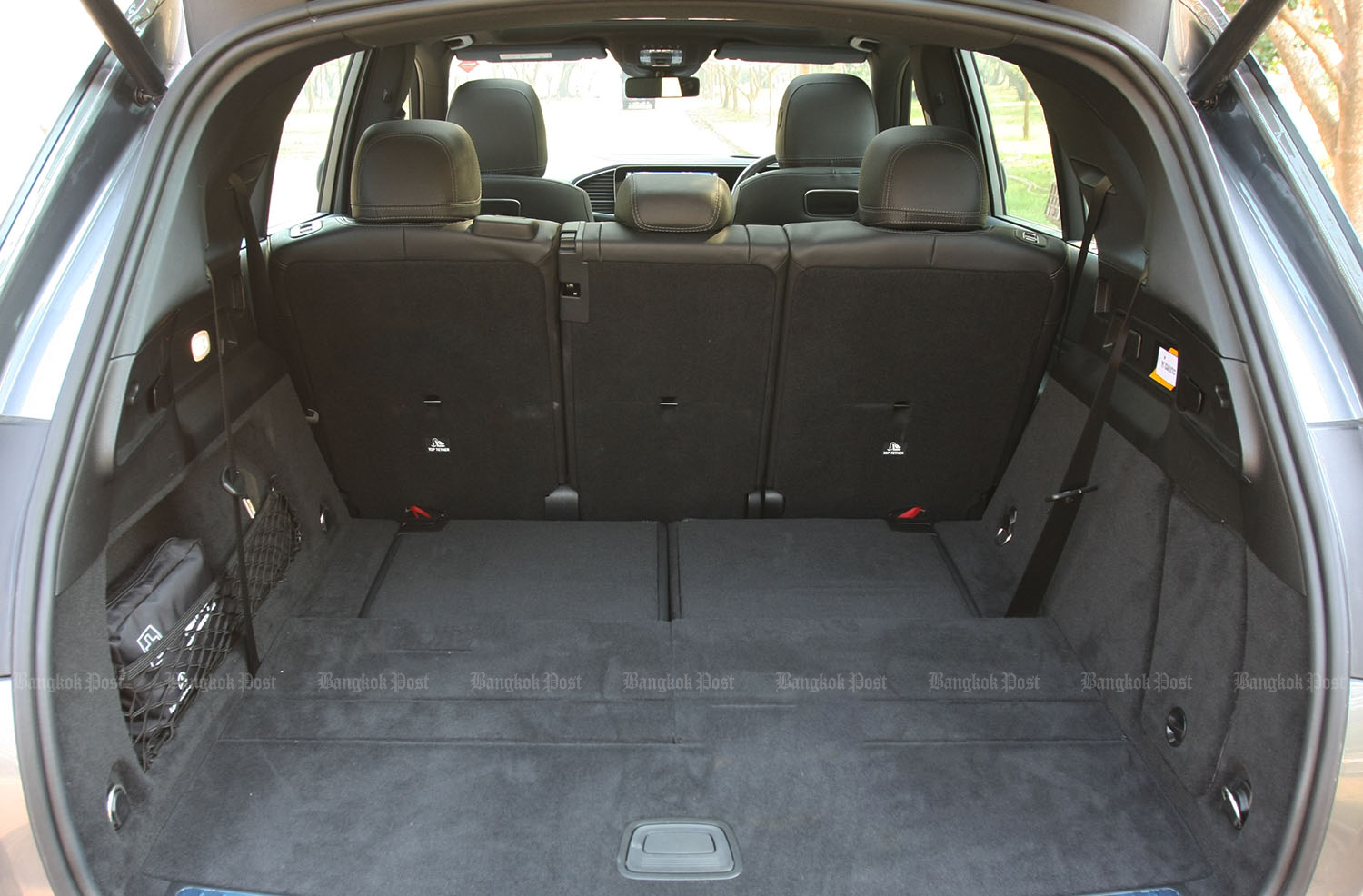 Buyers needing a genuine seven-seater can always settle for the GLS (or BMW X7). But these two really shouldn’t be brought into perspective here because they’re significantly bigger in size, have bigger and more powerful diesel engines, are more expensive to buy (eight million baht) and come from a class above.

Even so, the GLE is about a spacious package for the family, which is why it isn’t short on comfort. The first and second rows of seats offer good support and ample levels of adjustment; climate control is also available in both quarters. 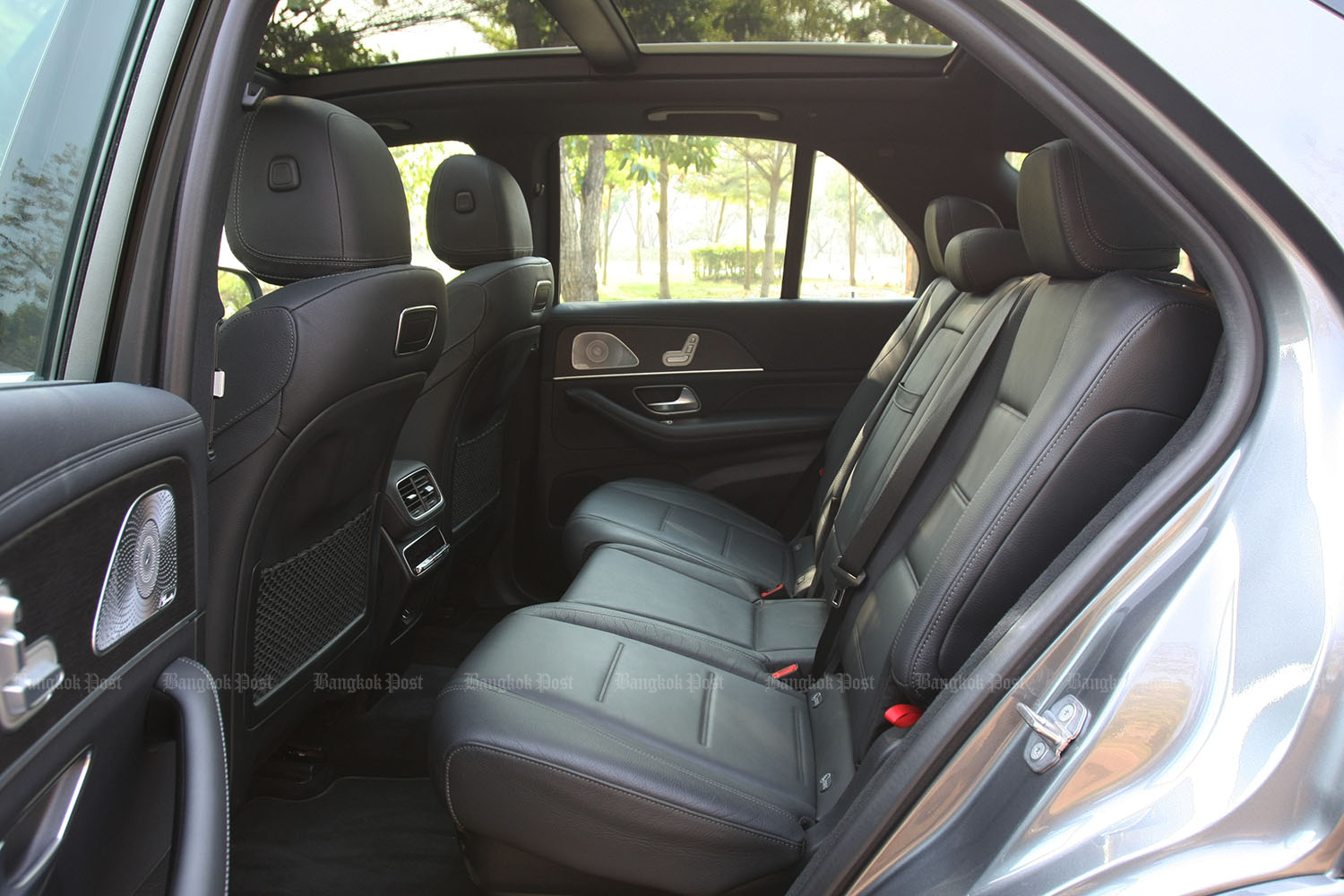 There’s the brand’s familiar digital widescreen on the dashboard that is easy to use and nice on the eyes. And along with other areas in the driving cockpit, it’s quite a nice place to spend time in with good levels of ergonomics, aesthetics and perceived quality. Rivals also do a fine job here, so it’s probably a matter of taste. 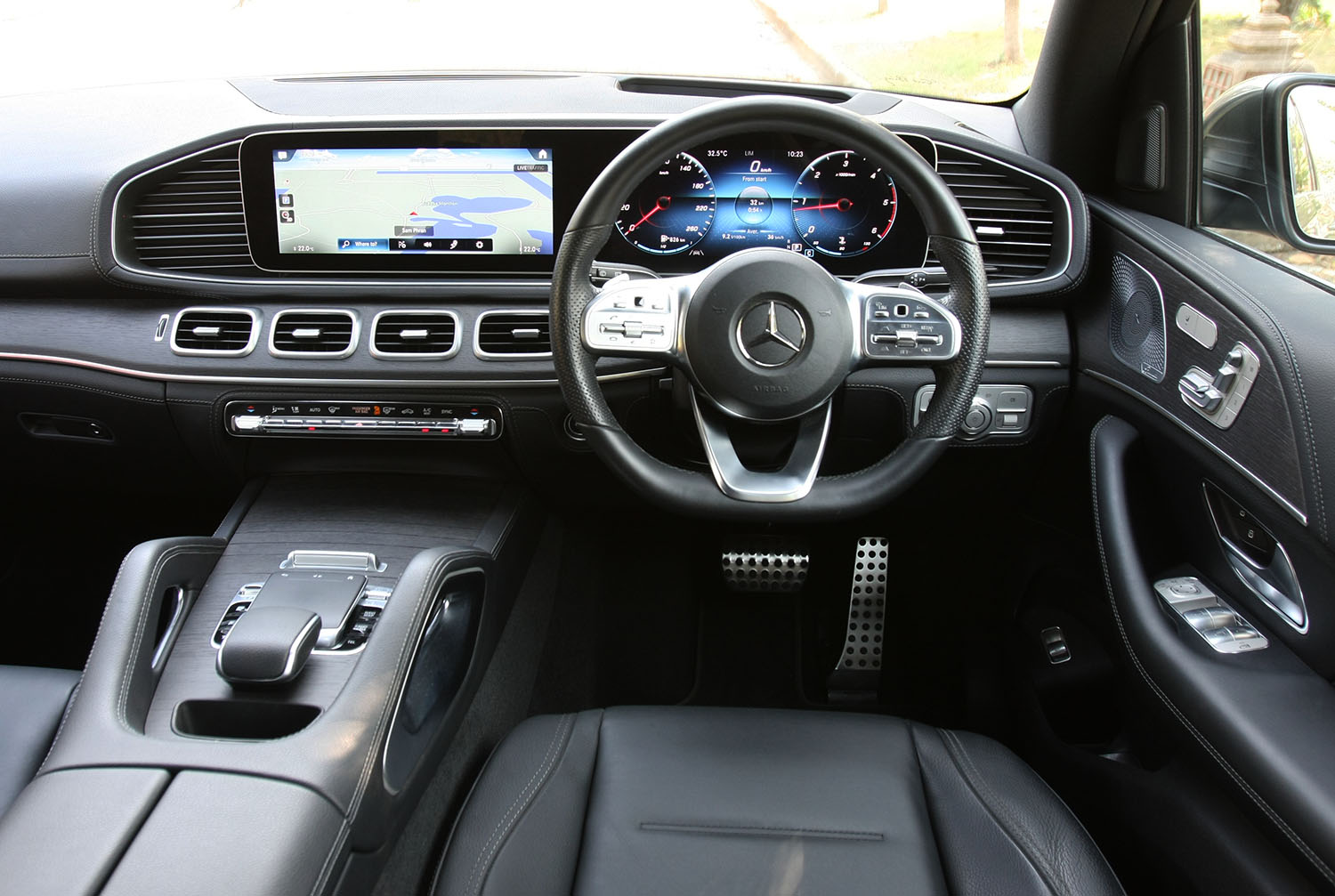 As said earlier, the GLE300d comes with a diesel engine made competitive in-class. The 245hp four-cylinder feels gutsy at most times and hardly lacks any usable power wherever you’re driving. The nine-speed auto and all-wheel drive system also aid for smooth power delivery.

Of course, many punters will be anticipating a plug-in hybrid for the GLE (succeeding the GLE500e of the preceding generation), but the GLE300d already does a fine job in balancing out all-round performance and decent fuel economy. 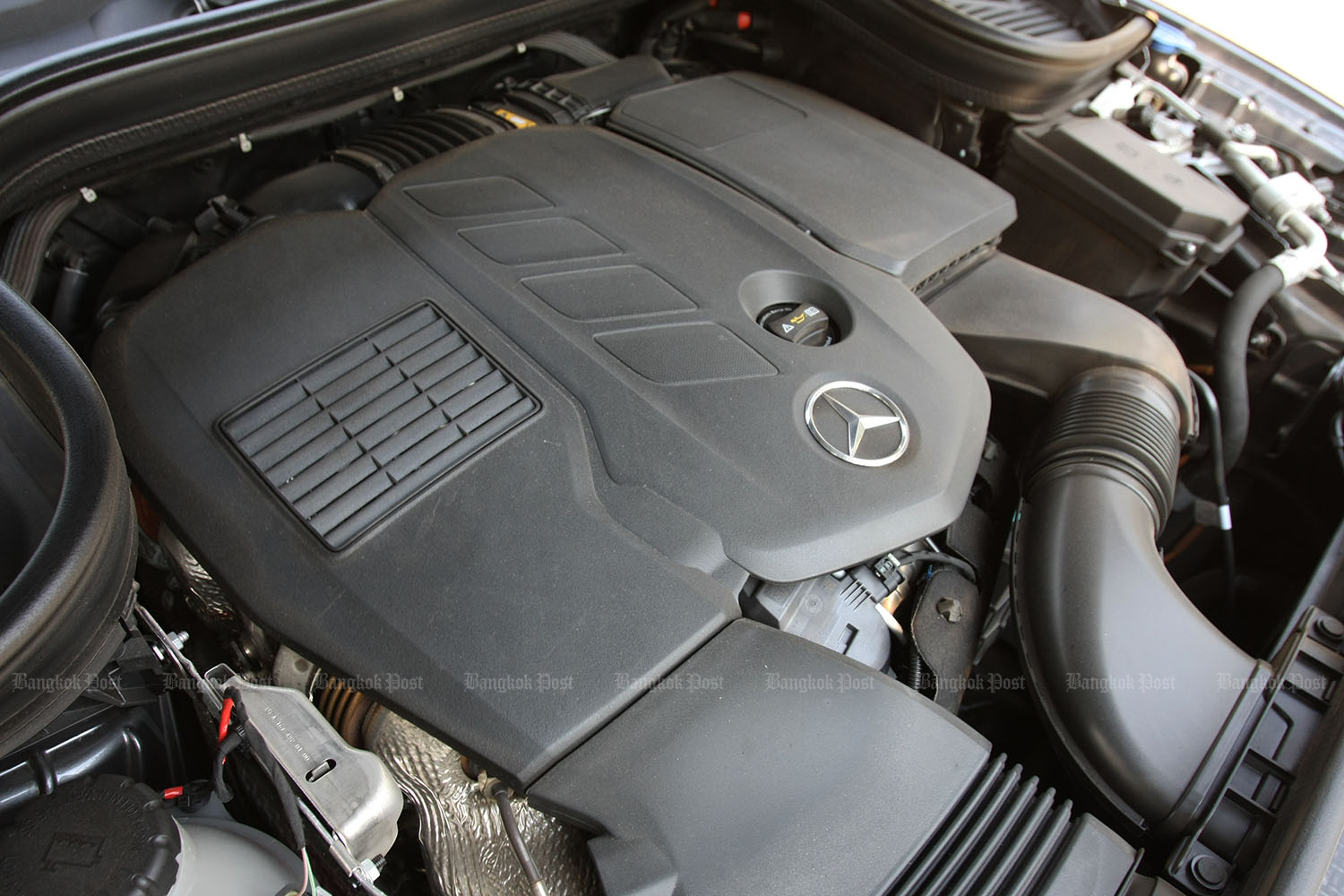 If there’s something to complain about in the GLE300d, it would be no other than the driving manners. At low speeds, there’s too much body movement, even over the slightest of surface undulations. The jiggly ride is reminiscent of focused off-roaders like the Jeep Grand Cherokee of yore.

The ride and body control in the GLE300d only start to improve with speed. And when you get to a settled cruise on the highway, it feels reasonably stable and comfortable, not to mention the decent levels of external noise suppression.

Apparently, those big 21in wheels and sporty tyres haven’t really taken away comfort. Which is to say that the AMG Dynamic spec of the GLE300d should work well for most buyers in this country because it helps for a macho appearance on the sealed tarmac. So while performance isn’t an issue in the GLE300d, the handling and ride traits may not be as accomplished as in some of its competitors especially the X5.

But if there’s one thing common in all players of this class, it’s no other than the sheer size of their bodies which can be felt at all times. These SUVs are at their best as weekend family-movers and definitely not during the daily school run.

Should you be enticed by the GLE300d, in the end? Well, if you happen to be a customer of the outgoing model, this new model should certainly suffice because it offers improvements here and there, be it in functional or dynamic terms.

But rivals are still worth perusing especially when the asking price is as much as five million baht. This class of SUVs has become highly competitive in recent years which is why the GLE300d isn’t the immediate choice. 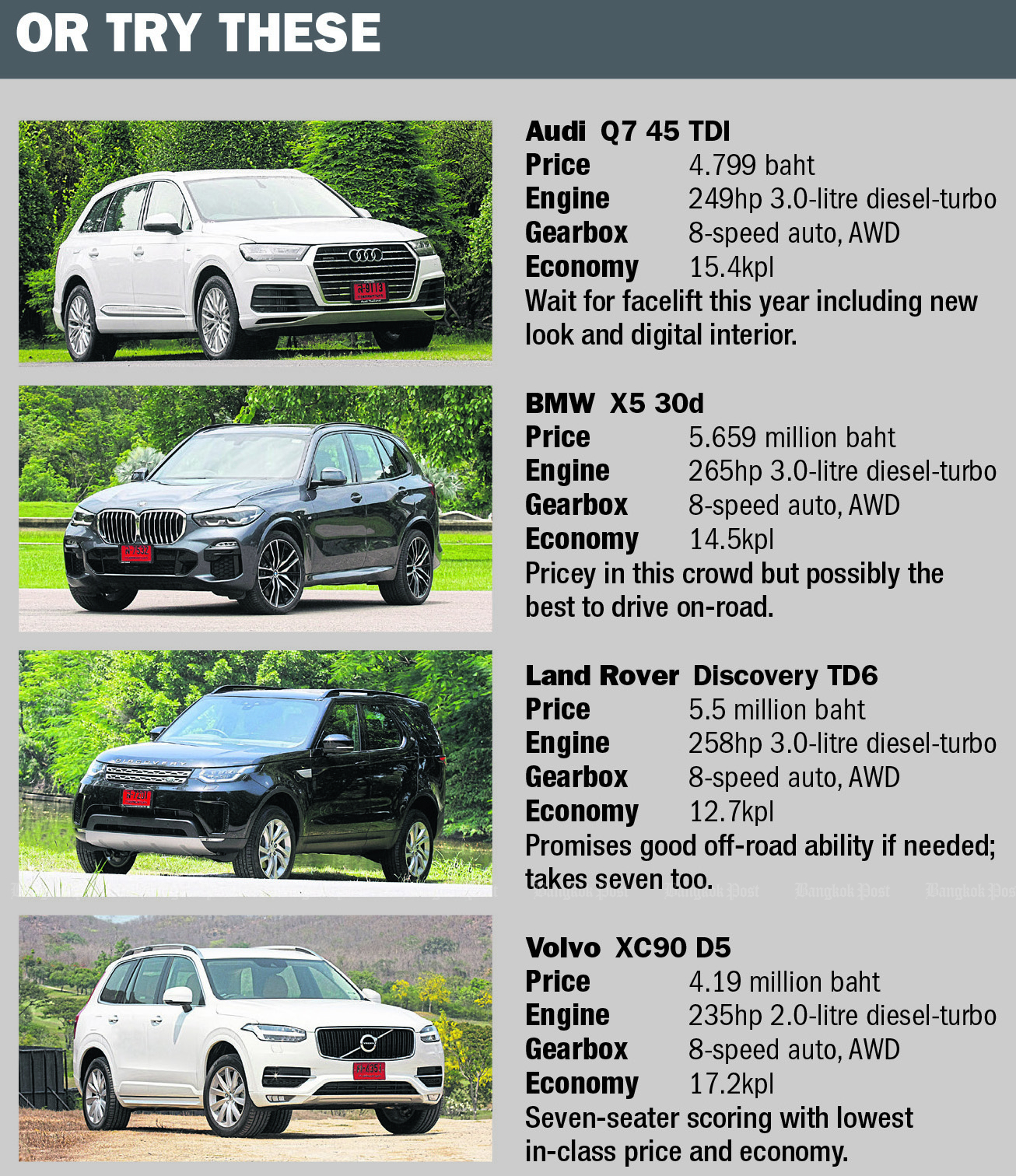