The John Cooper Works version of the Mini Clubman was hardly ever desirable. Not anymore. 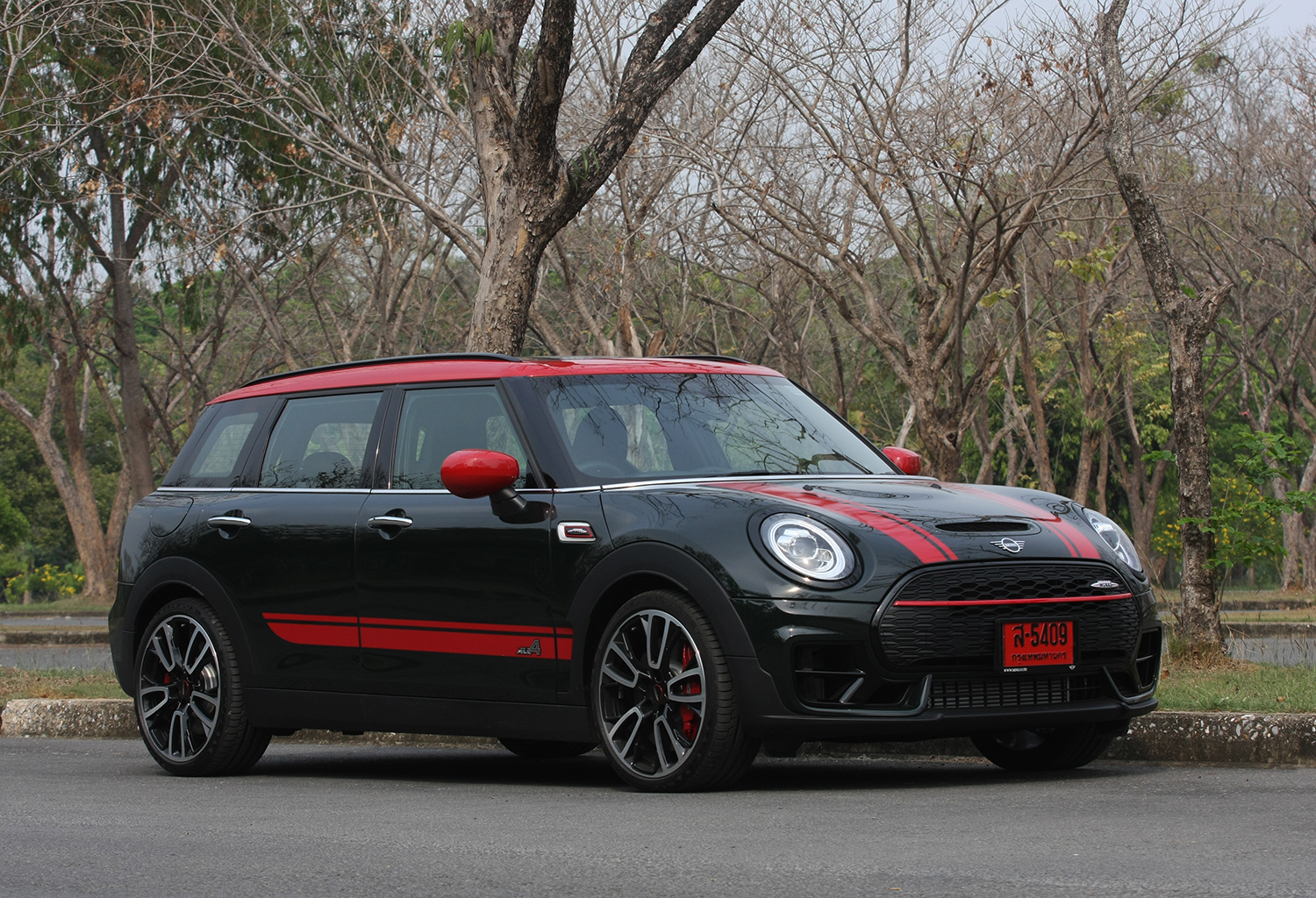 For quite some time already, the John Cooper Works models from Mini were in need for more power. It’s not that the 231hp of power derived from a 2.0-litre petrol-turbo block wasn’t enough, but the cars’ chassis could easily handle more power.

Well, it appears that BMW’s fashionable brand from the UK is listening or, at least, has been keeping some cards up its sleeve for a little too long. Welcome to the updated John Cooper Works now available with 306hp, a considerable increase you could easily say at first sight.

Thanks to new internal bits in the 2.0-litre engine and a larger turbocharger, the power has grown by a massive 75hp and torque by 100Nm, to 450Nm. There’s a new exhaust, too, plus chassis mods including beefier suspension parts and more powerful brakes.

This 306hp treatment is initially available in the Clubman estate, as tested here, and Countryman SUV, both featuring All4 all-wheel drive, eight-speed torque-convertor automatic and front limited slip differential as standard.

Other models that have already received this engine but have yet to be launched in Thailand include the Mini Works GP, plus the M135i, M235i Gran Coupe and X2 M35i from BMW.

The price of the JCW Clubman has been set at 3.618 million baht. While it’s naturally an expensive estate in its own right, this Mini is a hefty million baht dearer than the tax-privy, sportily appointed V60 T8 performance plug-in hybrid from Volvo. Can emotions reign the day for the Mini? 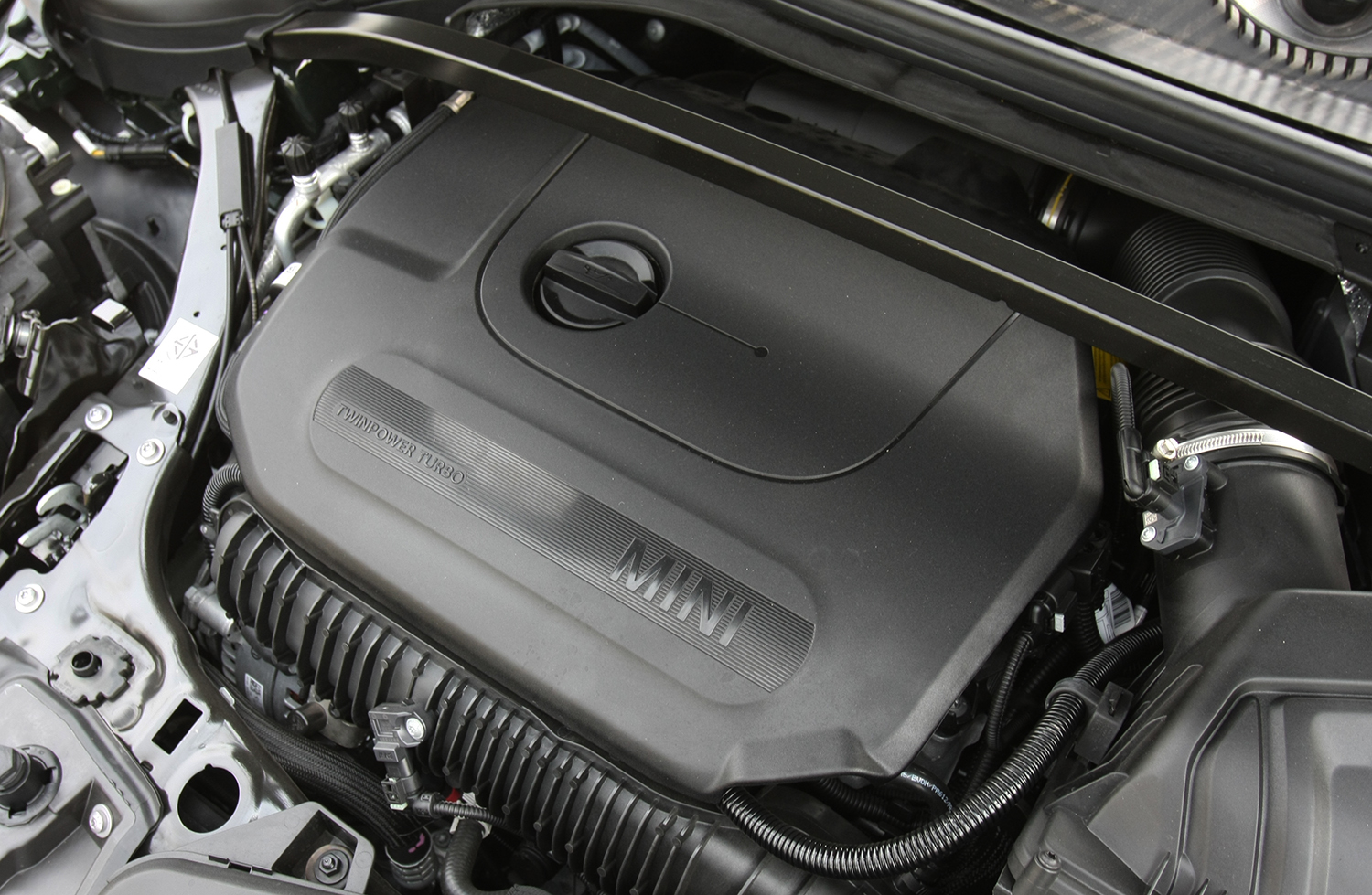 Upgrades in performance within a product lifecycle are usually minimal but not this time with this particular JCW model. In a nutshell, performance has improved broadly.

You can feel the increase in power and usability practically everywhere, be it during accelerating from standstill, overtaking in the mid-ranges and surging to the vehicle’s top end. The Sport mode also allows for increased tractability, responsiveness and exhaust din.

More importantly, you can now exploit the Clubman’s chassis potential and all-wheel drive system with all the kind of power. The good thing here is that you can still control the performance without letting the chassis be too intrusive.

Despite having a lowered suspension, the JCW Clubman still has a comfortable ride. Around town, the secondary ride on 19in wheels isn’t that bad either, while the steering seems perfectly weighted for the car’s sporty goals.

While this is mostly about a mechanical upgrade, it’s worth mentioning about some nice inherent bits of the JCW Clubman: suede-covered bucket seats, classic green/red exterior colours and nice-looking, fender-filling wheels. 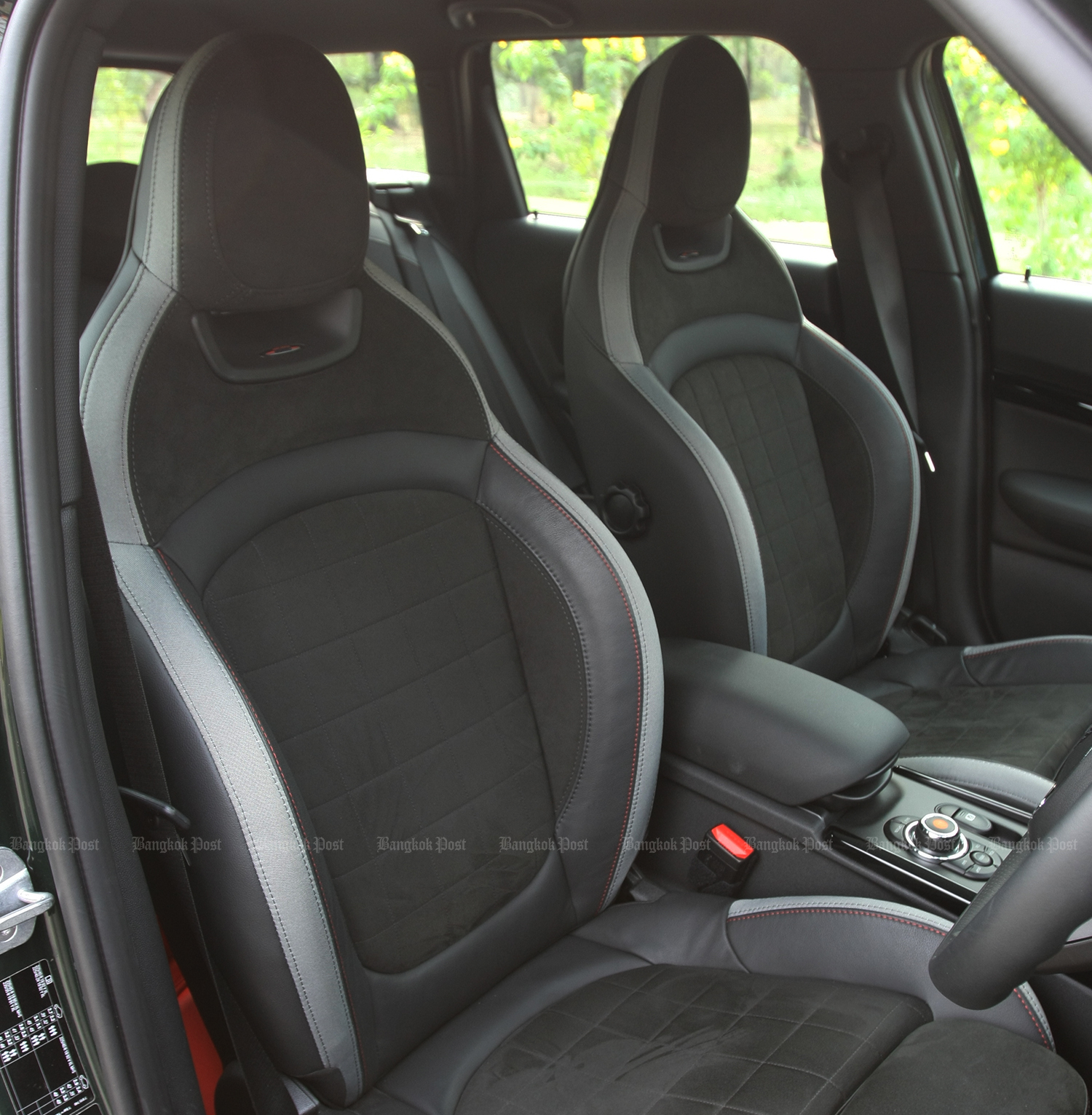 While the torque-convertor automatic does a reasonably job in swapping the eight forward gears, it still lacks the snappiness of the dual-clutch variation (with seven speeds) found in lower end Minis.

True, sound engineering of the engine and exhaust these days are mostly artificial, but Mini could have done a better job in giving the JCW more character than in the Cooper S model, whether it’s the sound during linear acceleration or changing gears.

And since the JCW Clubman will almost set you back 5 Series or E-Class money, it would be nice if there are electrical adjustments for the front seats or parking brake hold function, as such. Don’t mention about driving aids – there’s basically none. 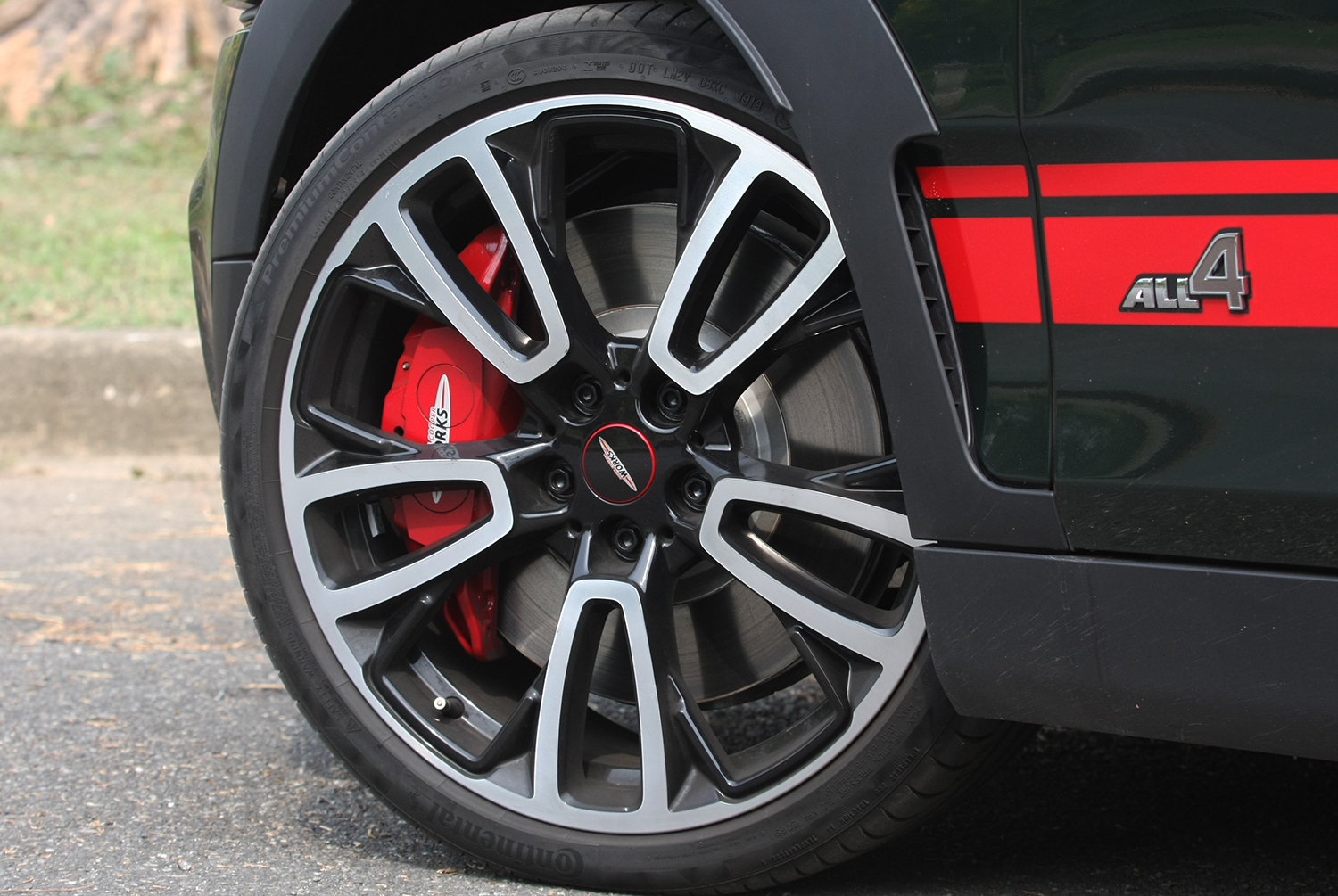 As mentioned earlier, there’s a big price difference between the JCW Clubman and V60 T8 mainly because of taxation. It’s like old-school versus new-age propulsion with bait for the latter.

Pricing aside, though, the JCW Clubman has the far more likable driving experience thanks to it being more cohesive. Such driving fun and engagement can hardly be found in the 400hp-plus V60 T8, which is to say that power isn’t always everything.

The JCW Clubman also has spicier aesthetics (like that six-door estate package) which is important in lifting the appeal of a car developed with some levels of estate practicality. Of course, you can’t deny the V60’s superiority in hauling stuff, but it isn’t that bad in the Mini.

Minis, after all, were never about rationality given how they are priced in relation to others in the premium car market. So if you happen to yearn for a chic car blending usability and fun driving experience, Mini has now got an answer for you. It wasn’t something we could have easily recommended before this upgrade. 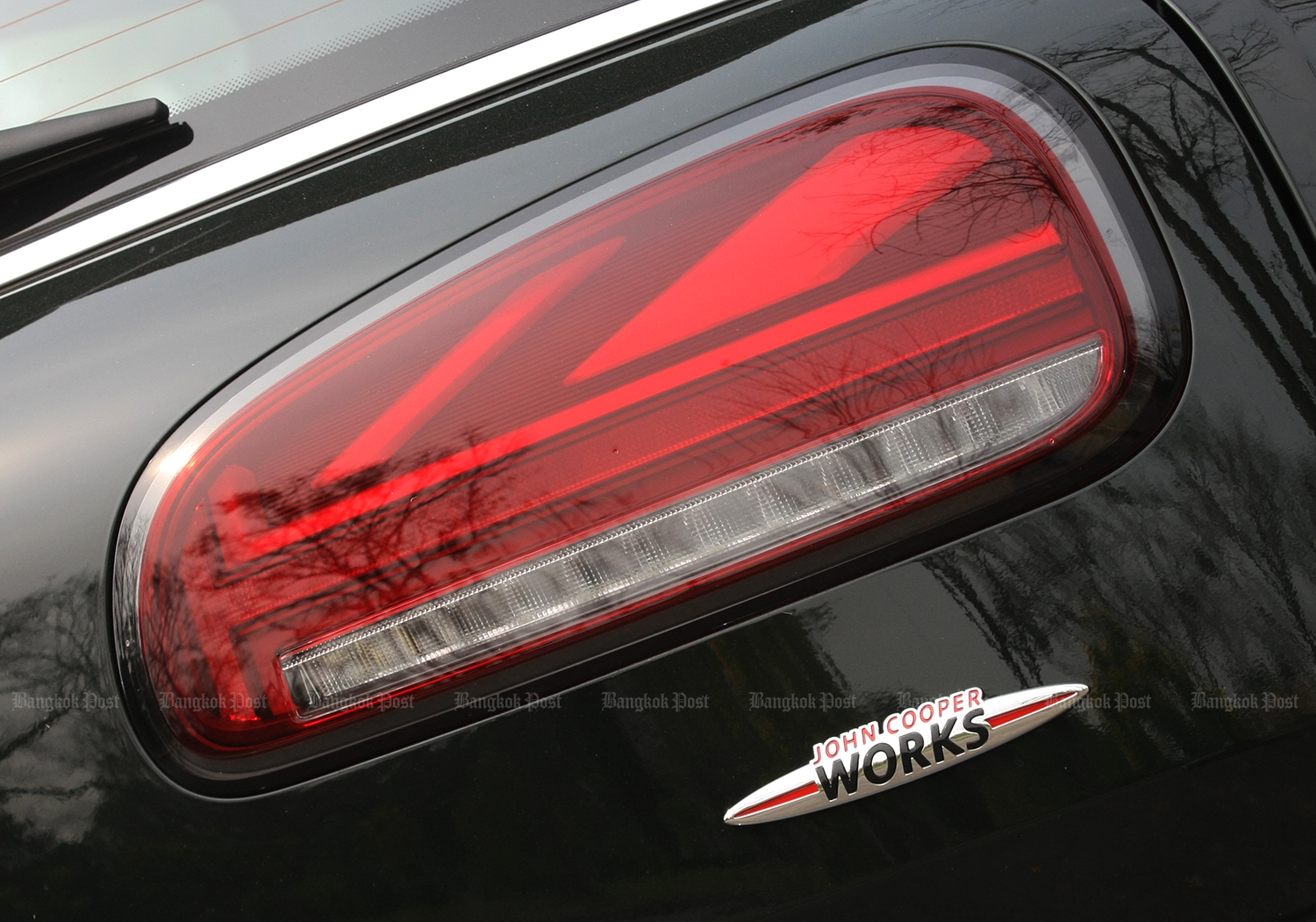