The most potent Countryman goes like any other Mini to stand out in its class. 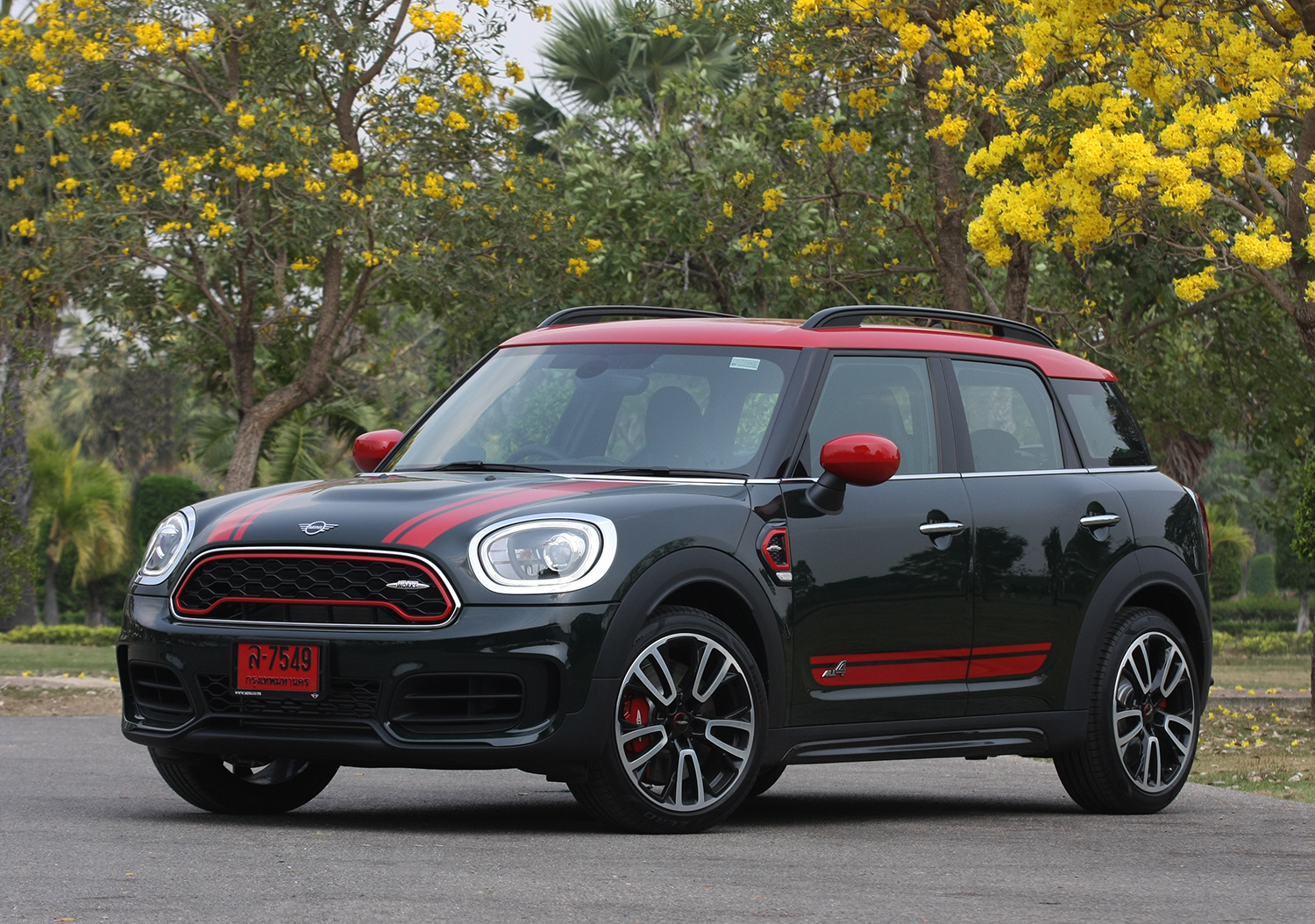 After driving the Mini Clubman with John Cooper Works’ latest 306hp treatment last month, it’s now time to get behind the wheel of the similarly specified Countryman.

Mini’s souped-up SUV gets exactly the same powertrain credential as in its six-door, style-led estate including the 306hp/450Nm 2.0-litre petrol-turbo engine, eight-speed torque-converter automatic transmission and ALL4 all-wheel drive system with a limited slip differential on the front axle.

In terms of styling appointments, both John Cooper Works models – at least on the test vehicles we’ve driven – are remarkably familiar with both getting green/red exterior colour combo, 19in wheels rimmed with Pirelli tyres and racy bucket seats inside.

The price is exactly the same, too, at 3.618 million baht. As with other Minis, the JCW Countryman certainly sounds pricey. Thankfully for BMW’s fashionable nameplate, its spicy SUV can’t be matched with a potential rival in Thailand yet (see sidebar for what it’s actually up with).

Which is to say that Mini enthusiasts with an appetite for performance now have two body styles to choose from. Obviously, the lower-sitting Clubman is dynamically better to drive, but by a margin enough to steer you away from the Countryman? 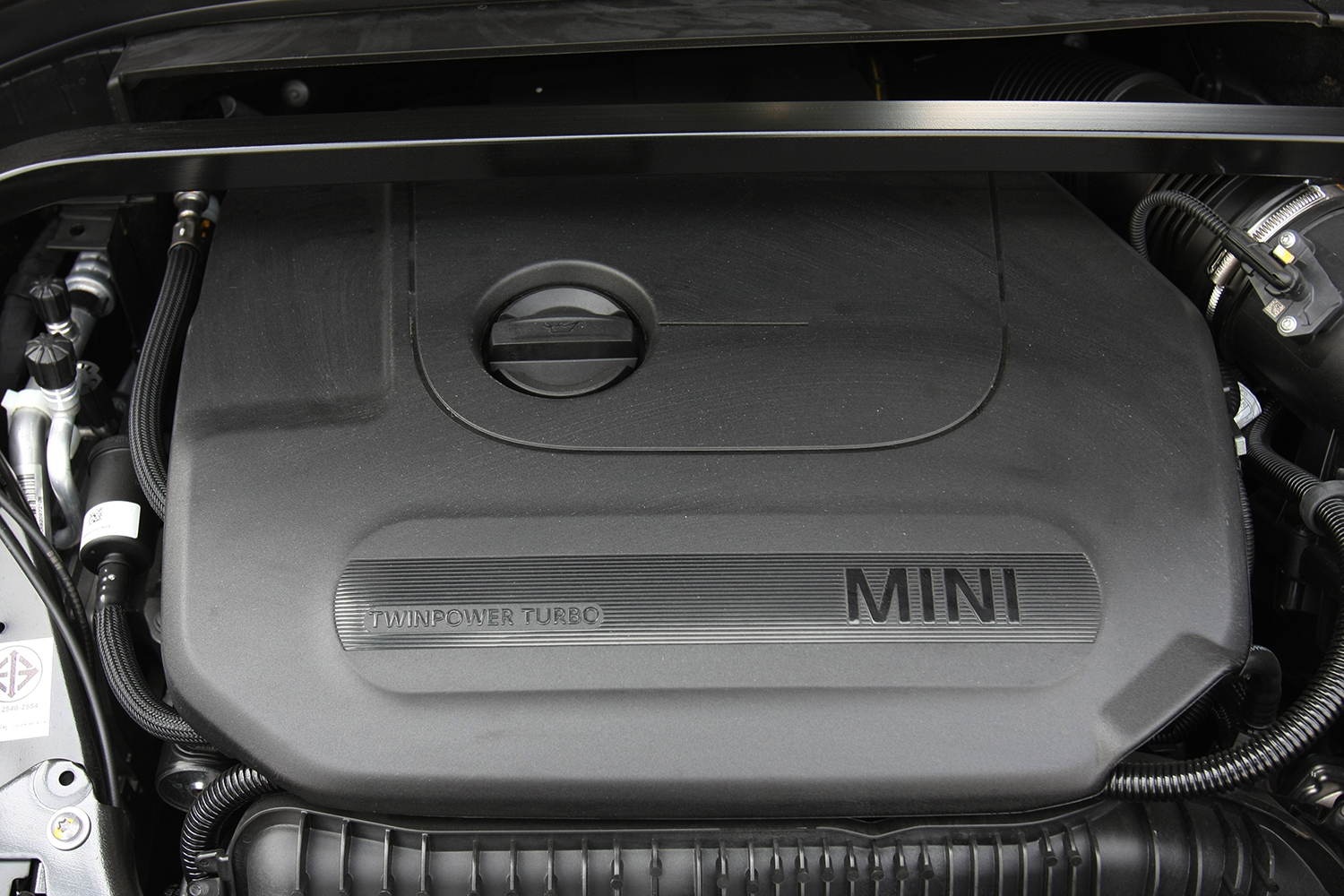 Those who had always liked the 192hp Cooper S version of the Countryman but found it a little too short on oomph will definitely like this 306hp JCW. In fact, performance between the two feels substantial at all times.

Despite being heavier (and heaviest of all Mini body styles on sale) than the Clubman, the Countryman doesn’t necessarily feel inferior when it comes to straight-line punch. It’s equally rapid off the mark, even during overtaking on country roads.

Although you can feel the Countryman’s higher ride height at all times, it still handles neatly and hugs to the tarmac well for an SUV. While we have yet to drive some of the intended rivals, it’s safe to assume that the JCW Countryman feels probably to the most car-like to drive. 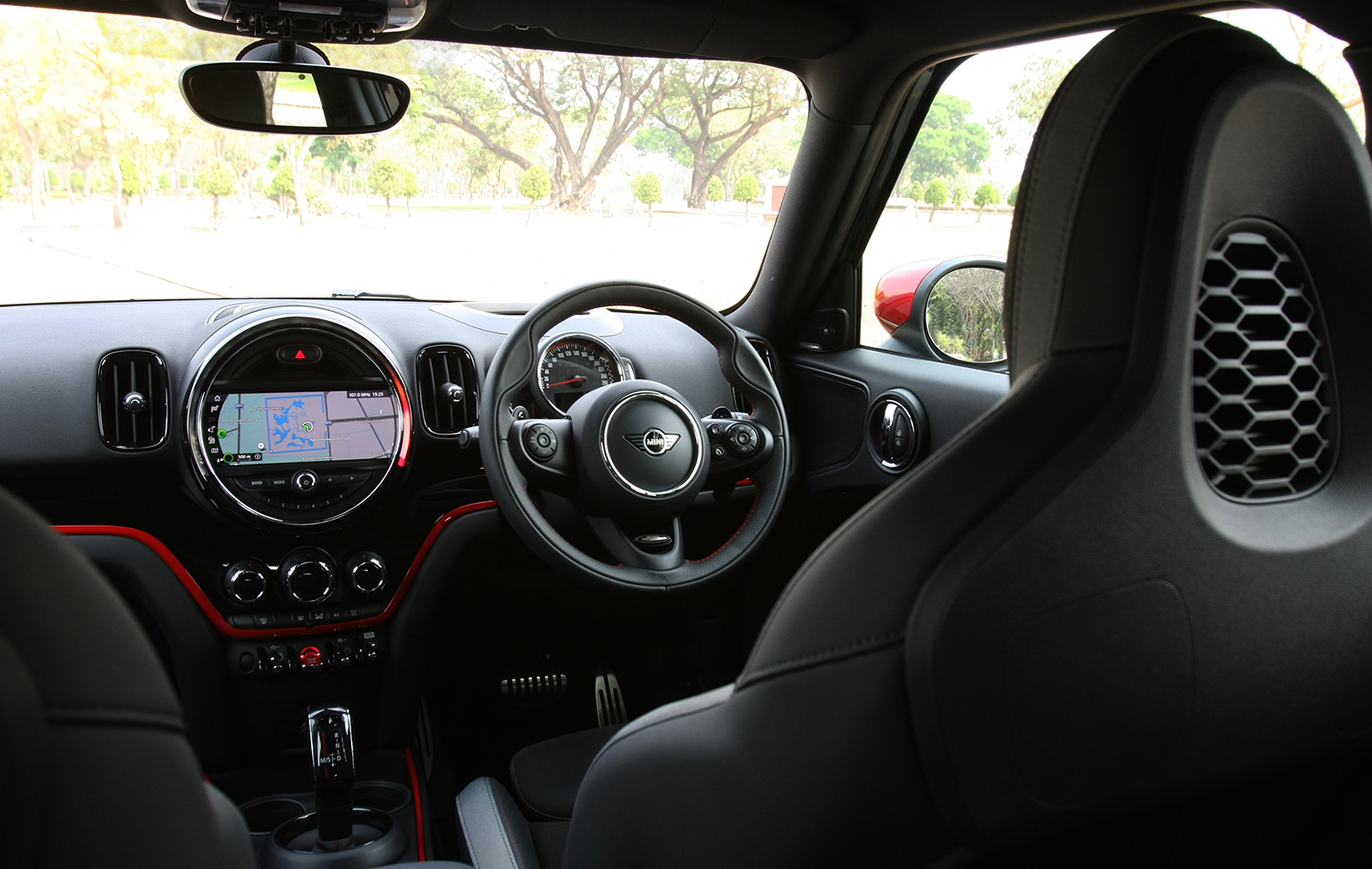 No matter how well the JCW Countryman steers, it’s the Clubman sibling that will always feel more agile. You can especially feel this when attacking a series of slow corners or simply when exiting small sub-streets around town. In other word, the nose feels more alert.

Like in the Clubman, the Countryman lacks a bit of aural JCW drama despite the engine and exhaust note being notably different in all three driving modes (Eco, Mid and Sport).

And although the Countryman’s interior isn’t short on spicy looks, there’s the lack of some creature comforts like electric adjustments for the front seats. 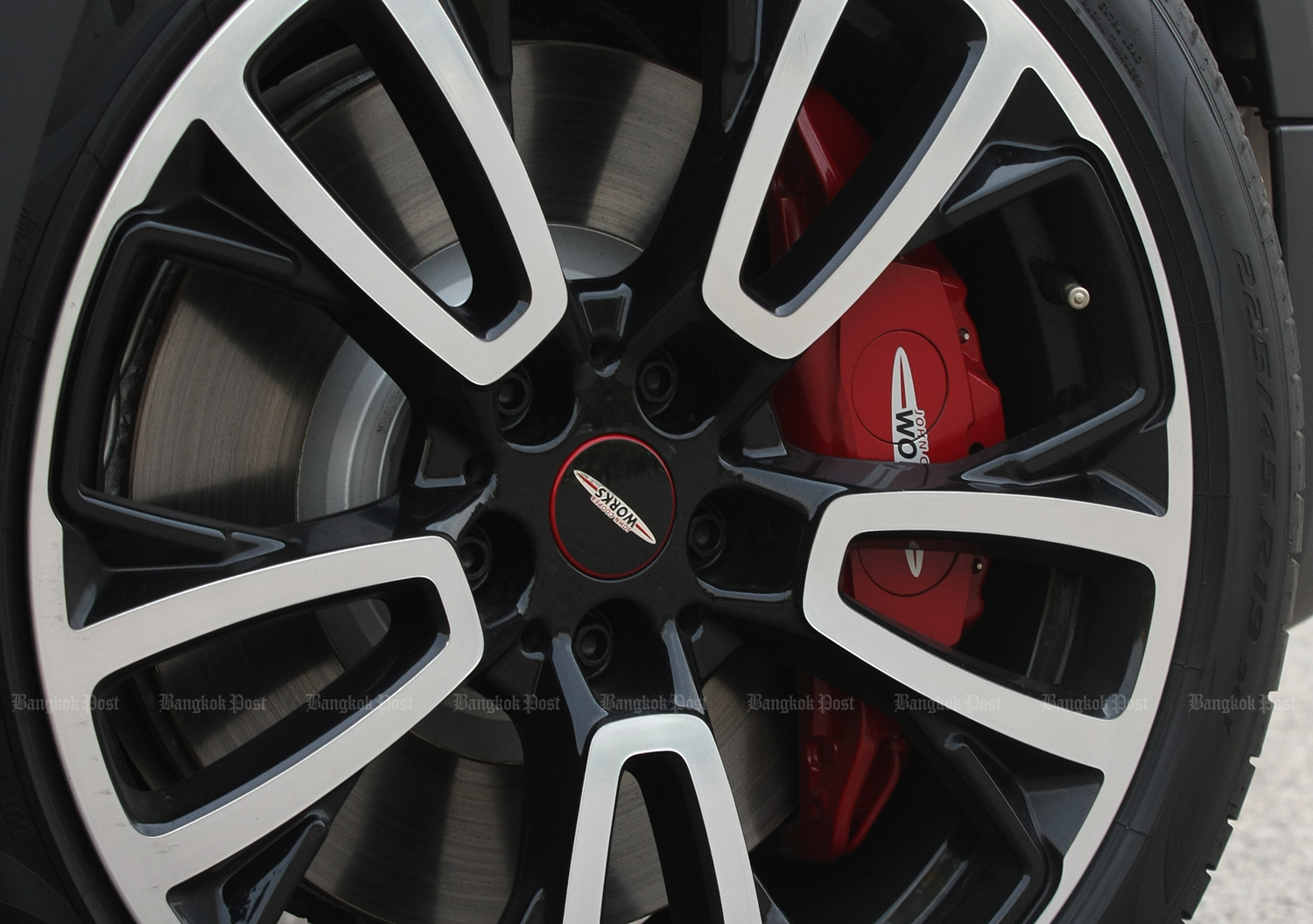 Anybody going for a JCW model needs to be die-hard fan of Mini, meaning that high pricing shouldn’t be an issue for any of them.

Hands down, the Clubman is the better car to drive and enjoy in JCW form than the Countryman. But only by the smallest of margins. In fact, if you haven’t been behind the wheel of the former, the latter would already feel immediately satisfying.

So let’s make it like this. What we have here are two choices for the family man in different body styles. Actually, two cars made to look – rather than drive – differently. No wonder the identical price. 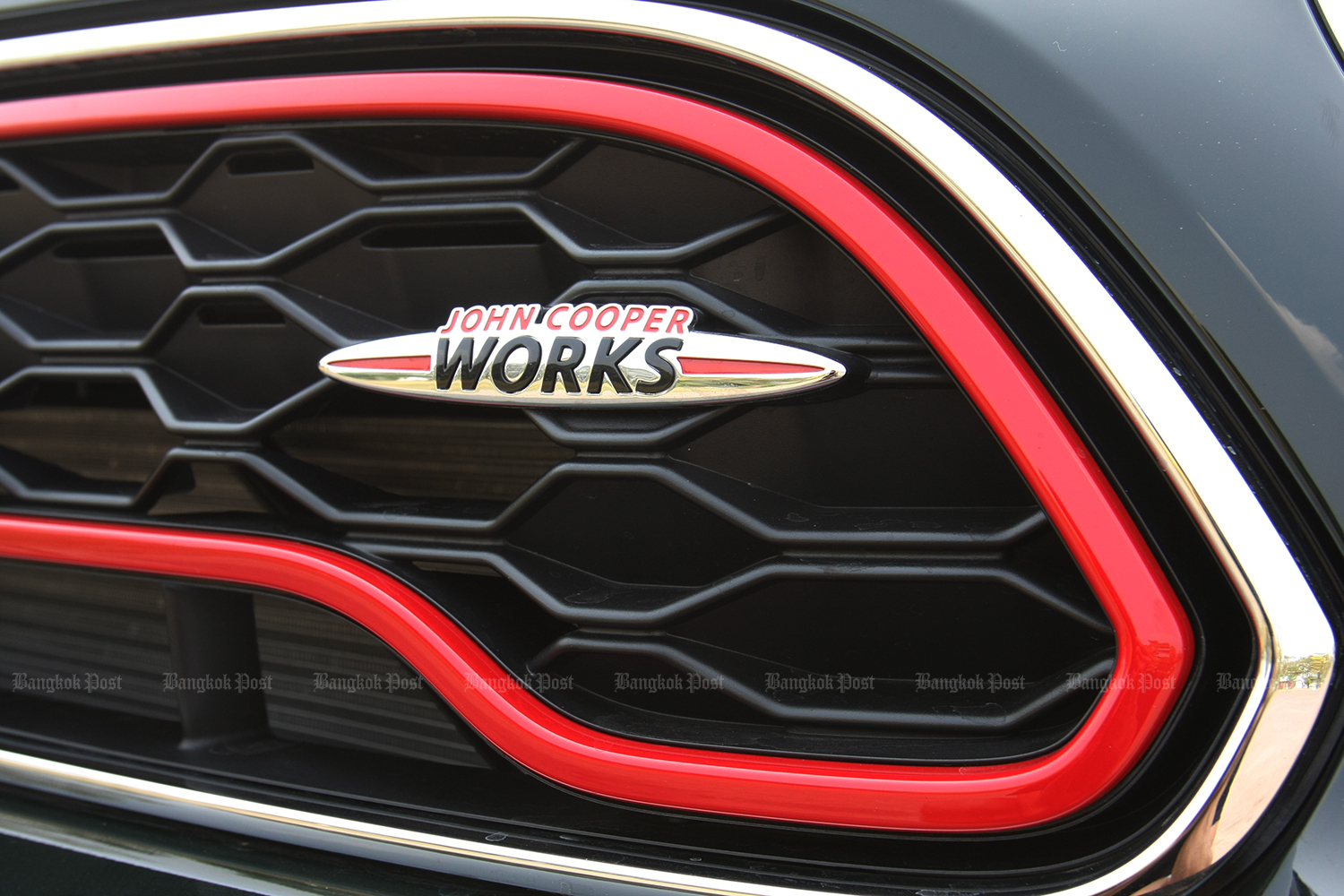 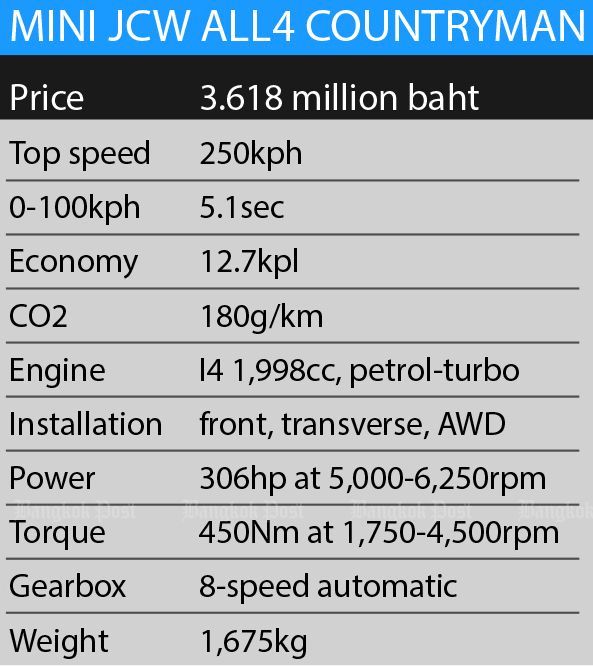 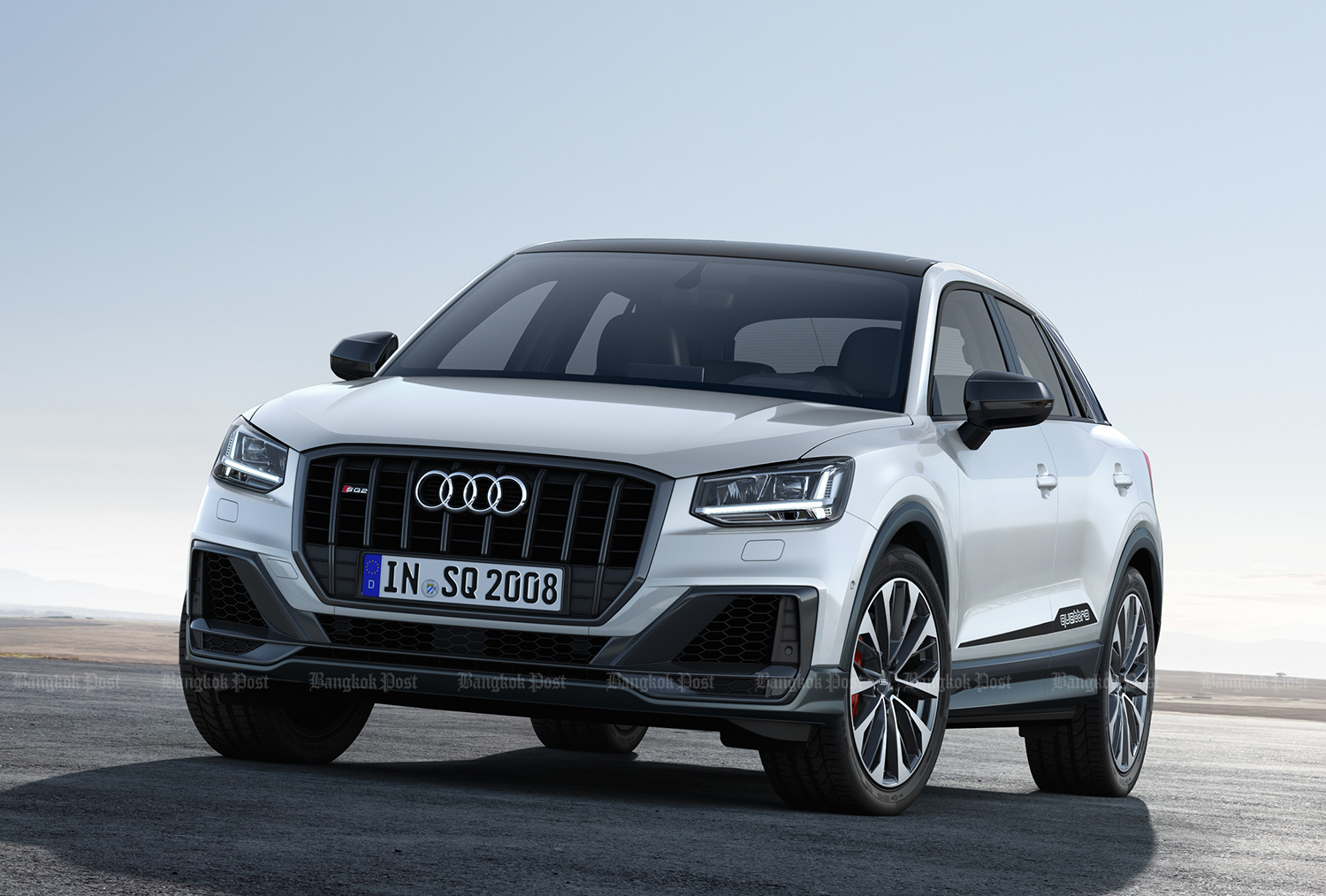 This is the most potent Q2 Audi at the moment. There’s a 400hp RS Q3, but it’s unlikely the Q2 will have an RS sitting atop its range. Shares the same platform, engine and transmission with Mini’s latest JCW models. Like the Audi, anything more potent is unlikely. 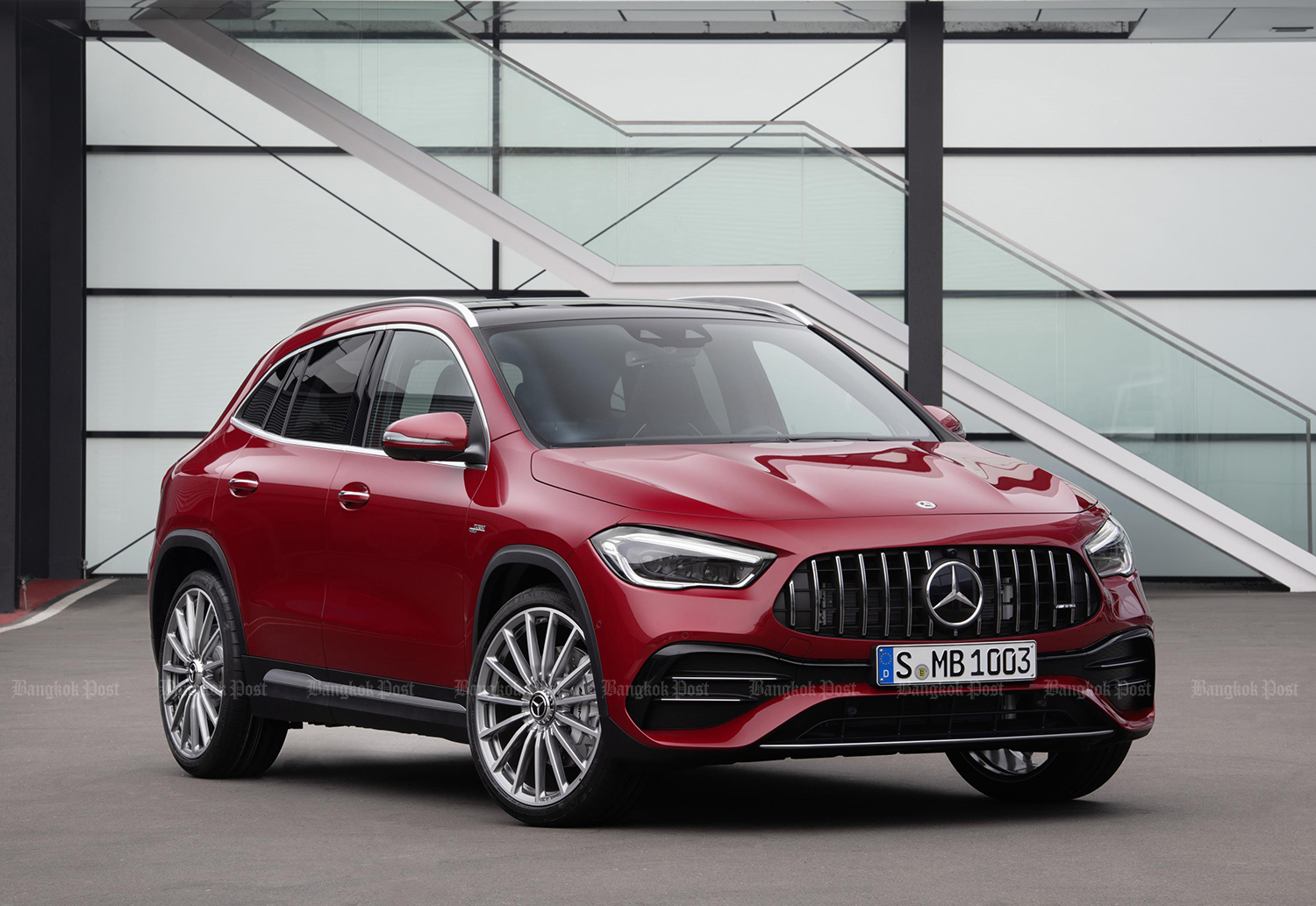 Class-leveling power makes it a direct rival here. Unlike the other duo, AMG has just upped the ante with full-cream GLA45 S making 421hp.