Mercedes-Benz has finally filled the gap between its super-fast and mainstream compact cars. And it works nicely. 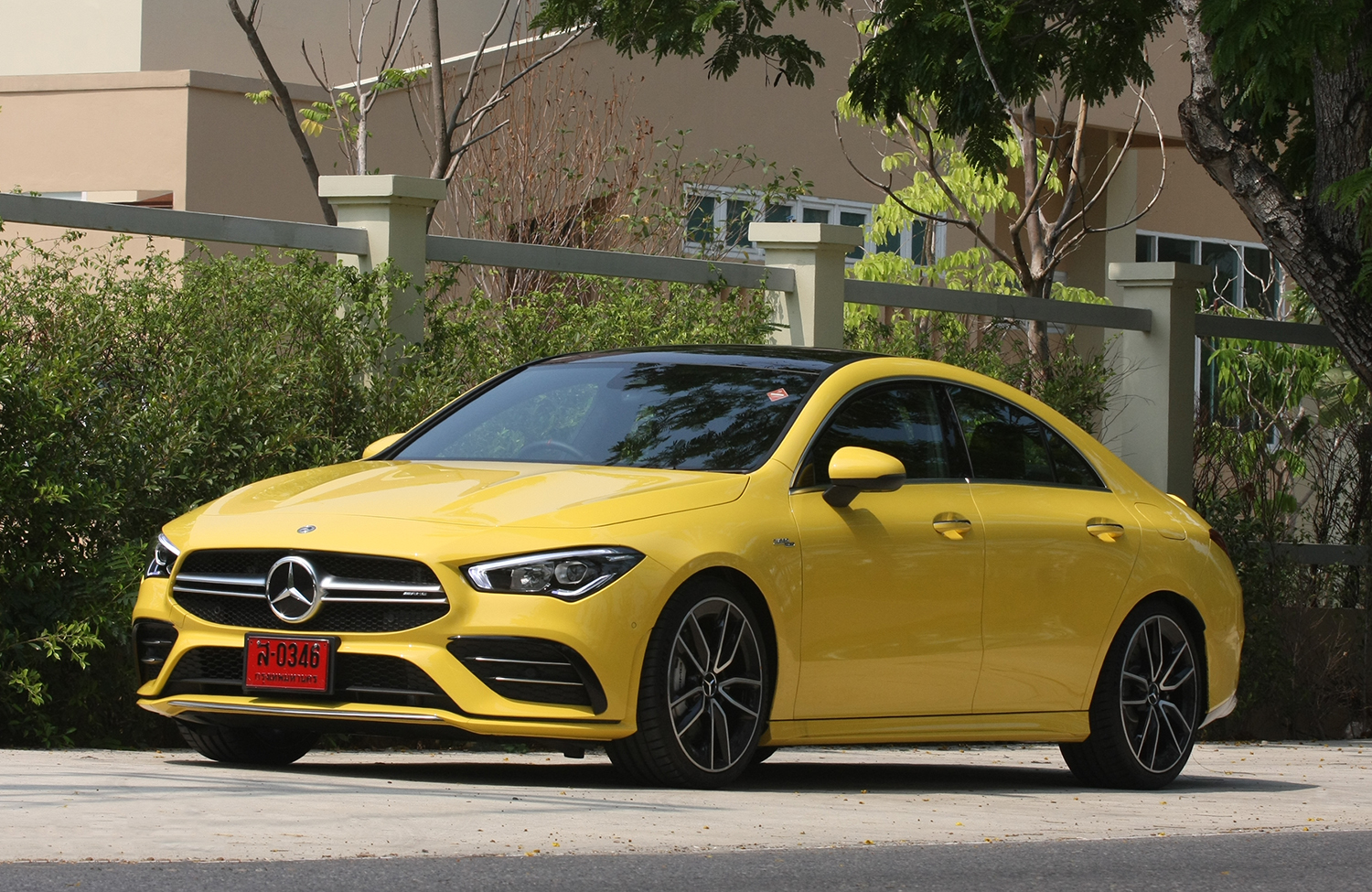 When Mercedes-Benz renewed its small car family with an unprecedented number of body styles to choose from in the last decade, it was pretty clear that the Stuttgart-based premium car maker wanted to attract everyone, so to speak.

The five-door A-Class, for one, transformed itself into a proper hatch for the young. Then there’s the coupe-like CLA-Class for fashionistas, and its Shooting Brake sibling, if that’s not enough. Uncles and aunties even had the choice of the frumpy-looking B-Class MPV.

The menu of engines was also decent, if not exactly widely served. You could get frugal petrol and diesel engines, with some whose wick has been tuned to be a little more aggressive for the wilder guns of buyers. And in the usual Mercedes fashion, there was fire-breathing AMG power to go for. 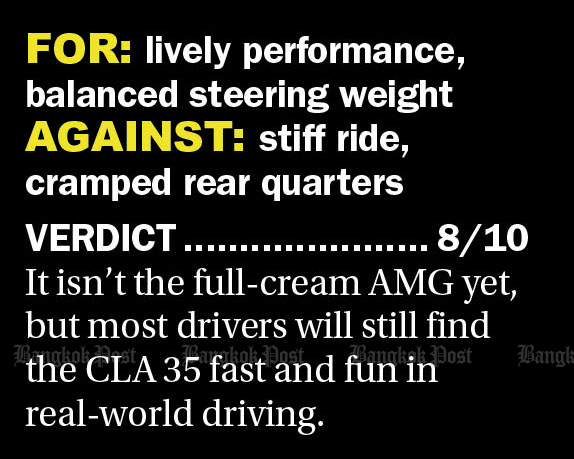 But all along, there was a space left unfilled in the performance ranks, that is, between the 211hp A250 and 381hp A45 models.

Of course, locating the missing jigsaw puzzle wouldn’t have transformed the entire family’s fortunes, but it isn’t something typically German to leave some stones unturned especially when we’re talking about performance.

Well, it appears that deficit has been immediately rectified with the introduction of the various second-generation of models.

Reveal-after-reveal, you can now see a new engine variance being announced in the guise of the “35” treatment. So if it’s A-Class you’re talking about, the A35 perfectly slots in between the A250 and A45 with its 306hp power guise. 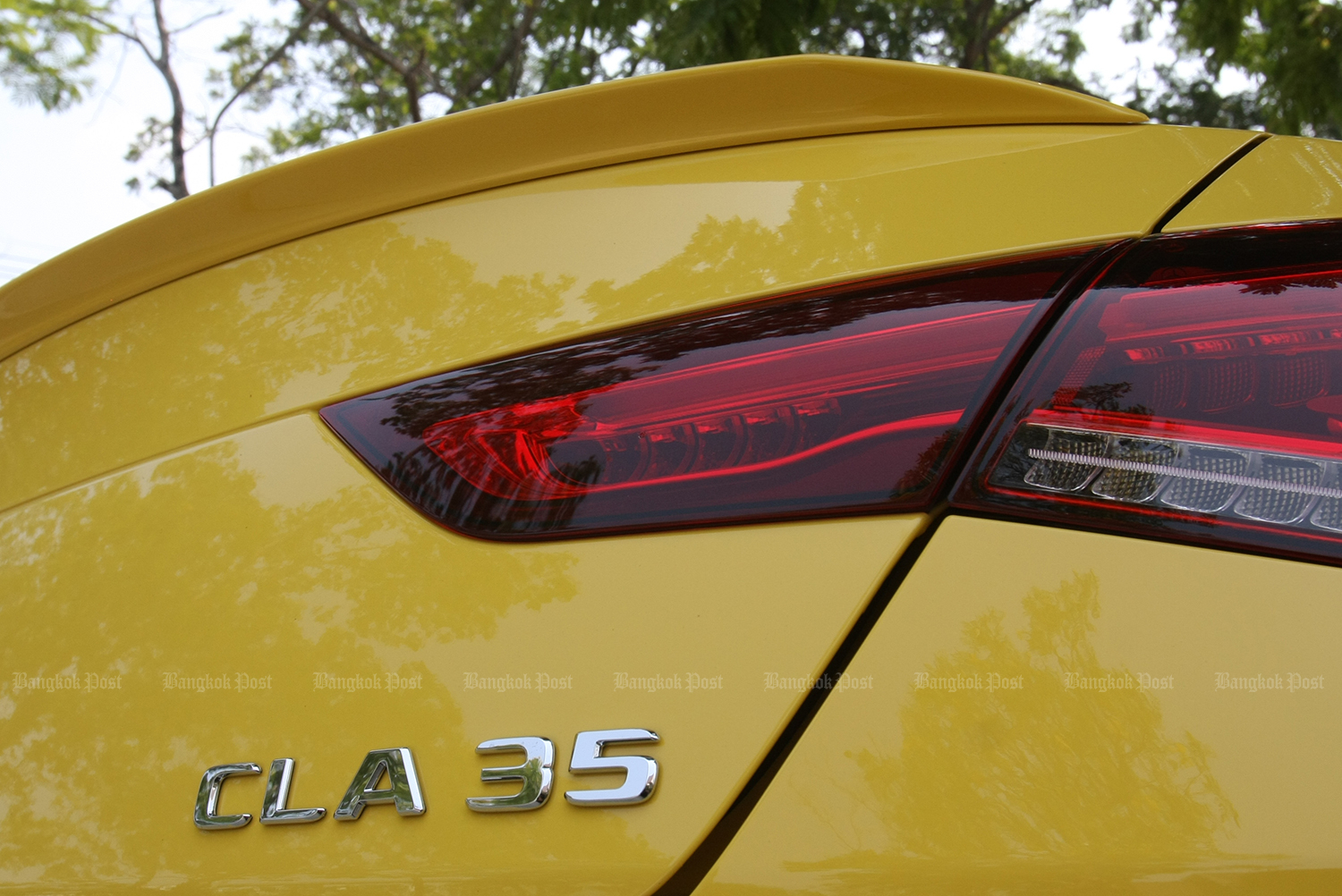 The timing couldn't have been better than this, too, because the competing equivalents from Audi and BMW have similarly configured engines, transmissions and power outputs to play ball with the A35. In this case, we’re talking about the S3 and M135i accordingly.

This particular corner of the Thai luxury car market may not mean anything for mass-market punters, but it does open up the opportunity for well-earned people in having a go with some fast cars that aren’t too outrageously priced.

That’s why the Thai Mercedes office made a rather focused introduction for the second-gen CLA with just two AMG-badged models: 306hp CLA35 going for 3.99 million baht and 421hp CLA45 asking for a million more in price.

This strategy also keeps the CLA away from disturbing sales of the four-door A-Class, whose 163hp A200 version is being sold for 2.49 million baht. 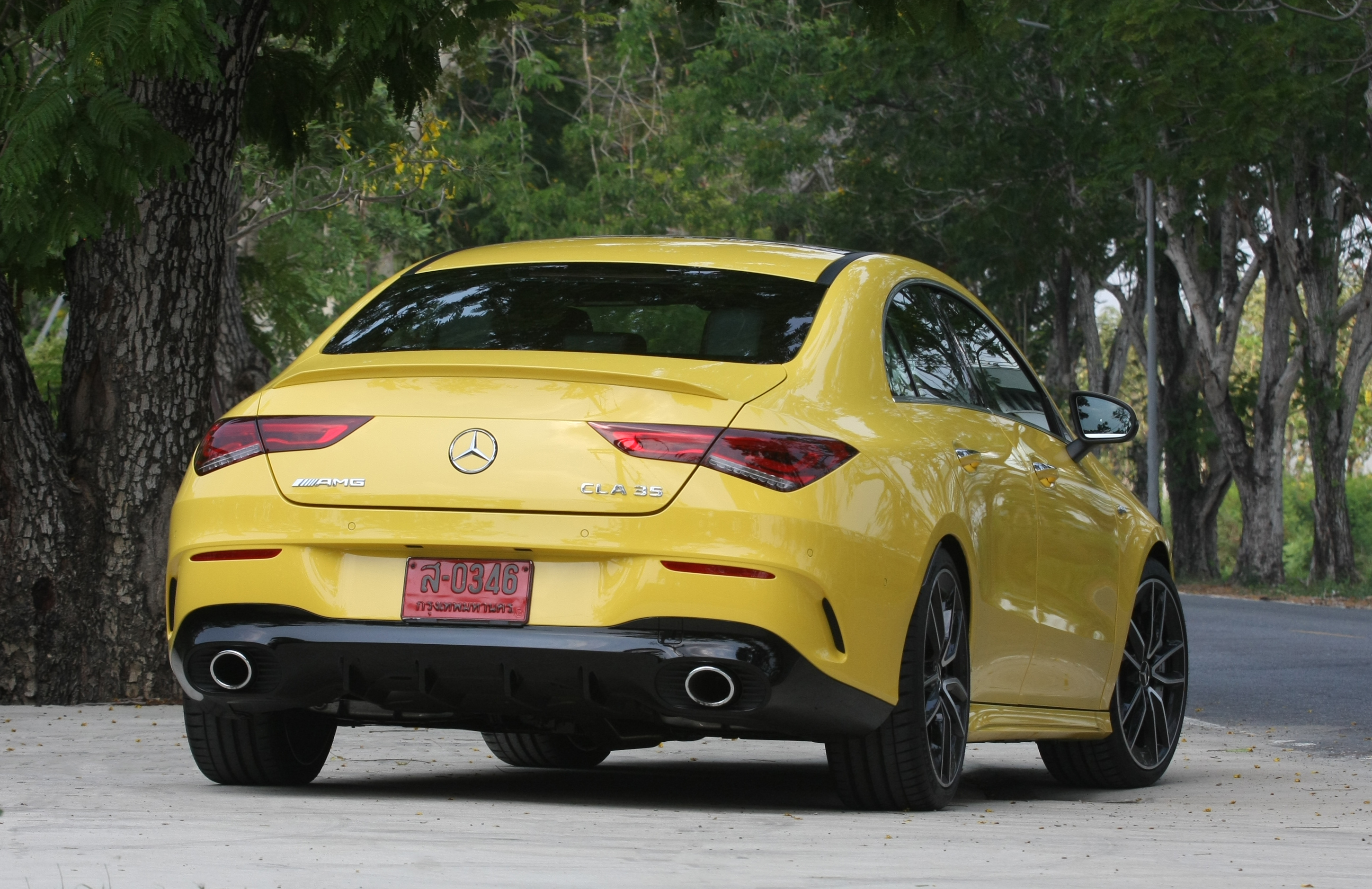 Just as a refresh, the CLA is a sporty-looking sedan with four frameless door windows, while the A-Class has proper portals. It’s what like today’s CLS is to the E-Class.

In fact, we have just arrived at one of the CLA’s immediate weak points. The gentle sloping of the roofline pays for a nice profile back backfires with limited head room for tall persons sitting in the back, as well as clumsy entry and exit from it.

It’s hardly any different than in the predecessor even if some on-paper stats might suggest otherwise, and it’s a shortcoming that you wouldn’t really find in the A-Class.

That was probably made for the sake of co-existence because apart from this, both compact Mercs are generally the four-door genus albeit different styling. 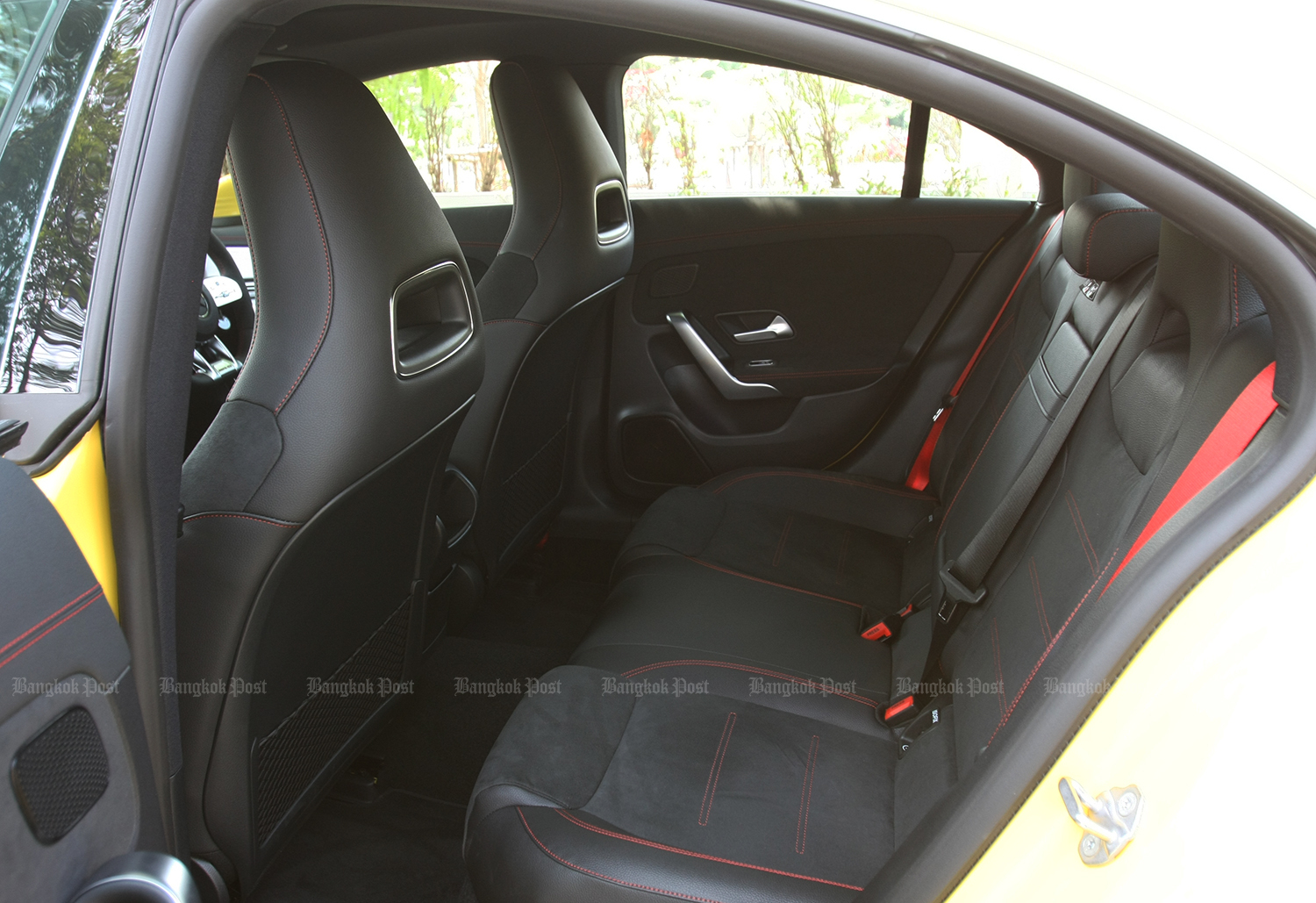 Since the CLA35, as tested here on Thai roads for the first time, has the sporty task to undertake, the interior is appointed to feel racy.

It doesn’t get the bucket seats of the CLA45, but the CLA35’s suede-covered chairs more than compensates. While red seatbelts have been installed to look cool, the fifth occupant hasn’t gotten it – a mismatch that can also be found in the previous-gen CLA45.

But once you’re in the driver’s seat, the CLA is much better than before. The design of the dashboard, central console, display-adjustable widescreen and suede-covered steering wheel make the new CLA look entirely modern, youthful and built to last. You’ll just have to get used to all those switches scattered around fussily. 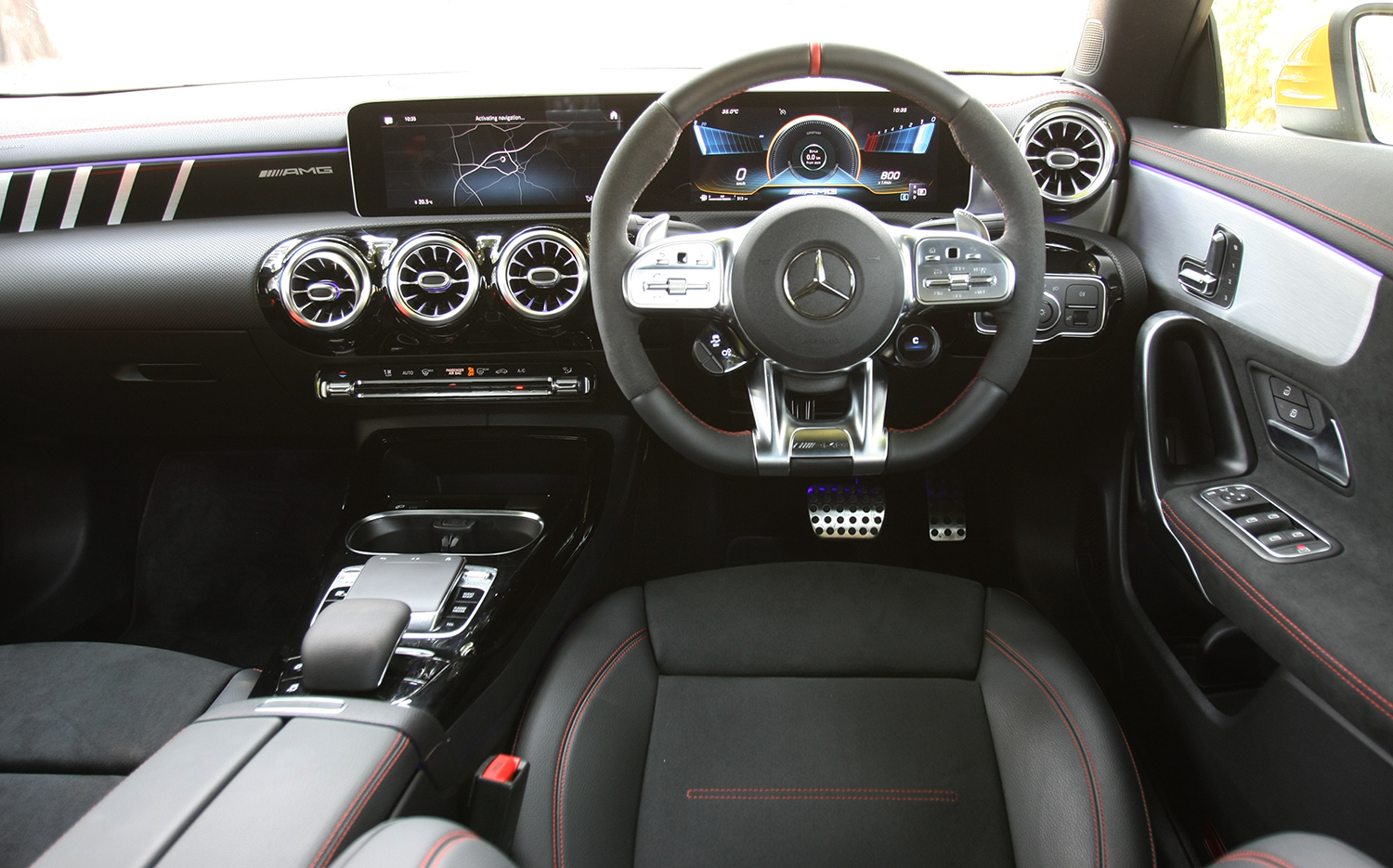 Be in no doubt, though. The showy interior does translate into some serious performance on the road even if the CLA35 is the second-from-top model in terms of performance. To cut to the chase: you can still have a good time in the CLA35 after sampling the super-fiery CLA45 in Europe last year. This is particularly true for real-world driving.

The CLA35 rarely lacks power and has a nice willingness to rev to the engine’s redline. Although the CLA35 doesn’t get the brand’s latest eight-speed dual-clutch automatic, the current seven-speeder still does a fine job in making gearshifts feel quick and satisfying, particularly in Sport+ mode whereby more powertrain din fills into the cabin.

It may merely be sound-engineered, but that’s as good a four-cylinder engine should get. And with some 300 ponies to easily play around with in the open, the CLA35 is properly quick and inviting for you to do so. You’d don’t have to imagine how madly fast the CLA45 would be in similar conditions. 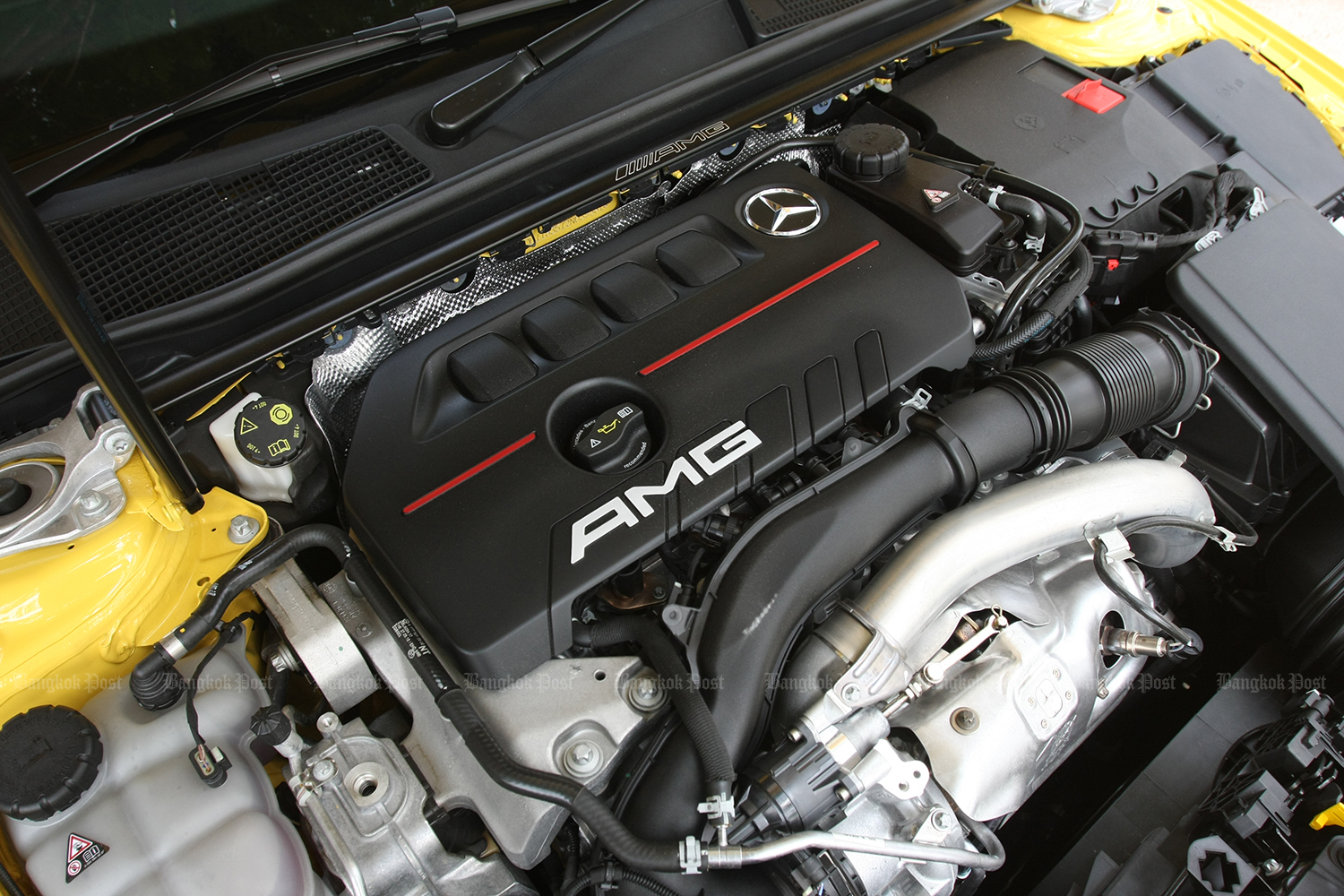 The CLA35 suitably gets the 4Matic all-wheel drive to effectively contain all that power to the tarmac especially when driving hard in a straight line.

Some understeer can be felt when tackling corners possibly because this particular 4Matic only shuffles torque between the axles.

The 4Matic+ of the CLA45 additionally diverts torque between the front wheels. So yes, some things have been kept for the best. But this merit is more genuinely felt when zipping around a race track rather than on real-world roads.

A nice thing about the CLA35 – as well as in many other AMG-tailored Mercs – is the steering which is adequately precise and nicely weighted, even though it isn’t the last thing in terms of feel. The same goes of the ride which can be stiff at times.

But a part of the chassis worth mentioning in the CLA35 are the brakes which yield plenty of initial bite at all times and stopping power the harder you press onto the pedal. 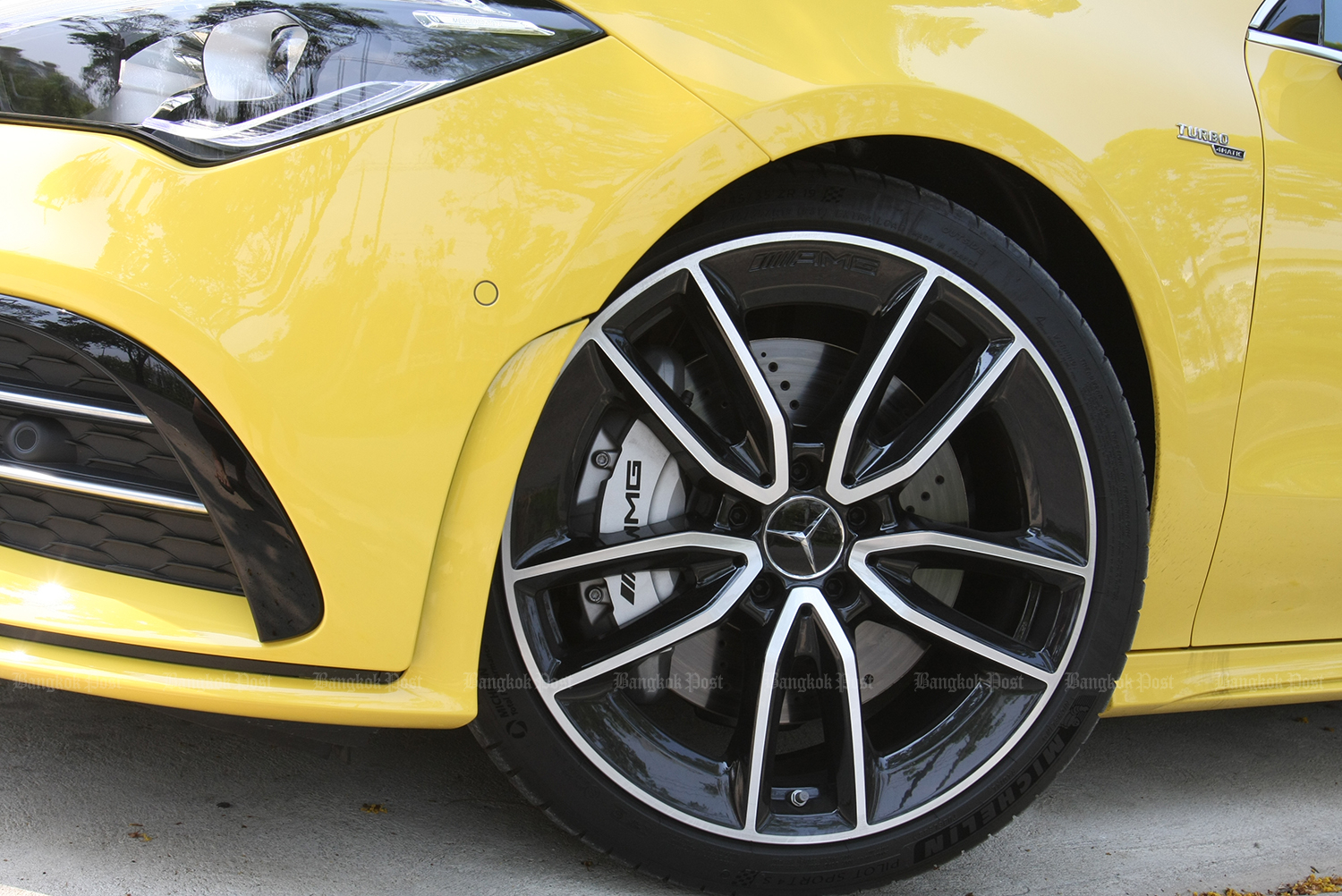 All in all, the CLA35 has become another AMG-badged Merc worthy of consideration that doesn’t necessarily have to kowtow to the top-of-the-line model for some good driving fun on the road.

Of course, serious enthusiasts will find the CLA45 more satisfying when it comes to a frenetic performance and driving experience. But the CLA35 aims to blend in some civility without taking away all of the sensation.

These two AMG models of the CLA can happily co-exist with each other in showrooms. 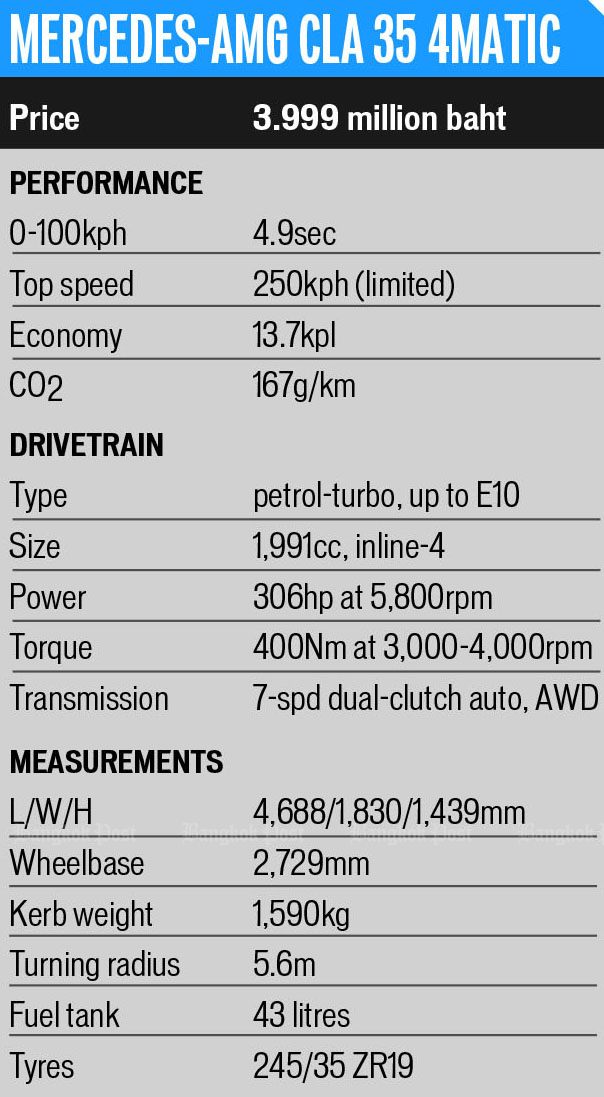 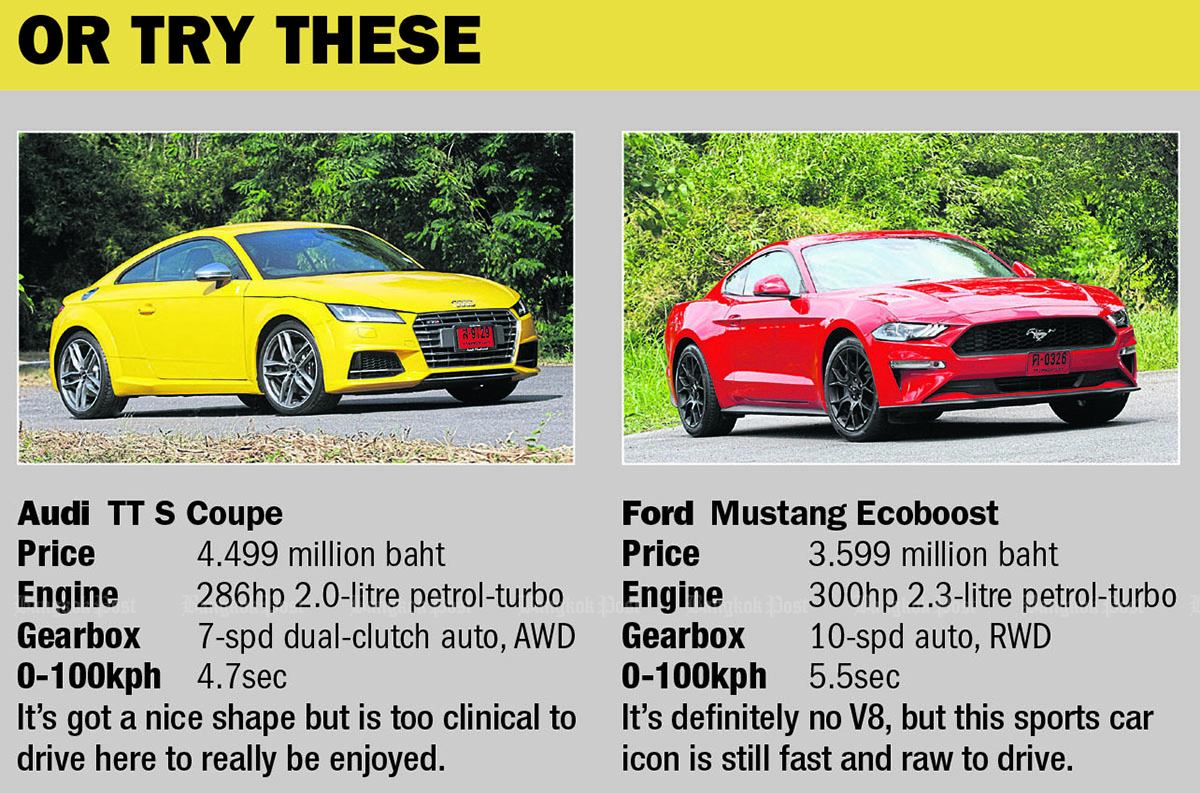 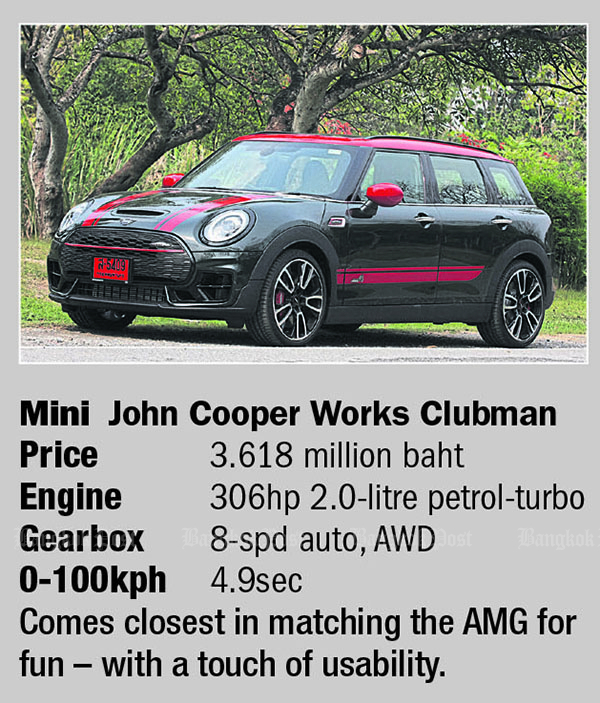