The Audi Q7 has been revised to make its target buyers happier rather than excited. 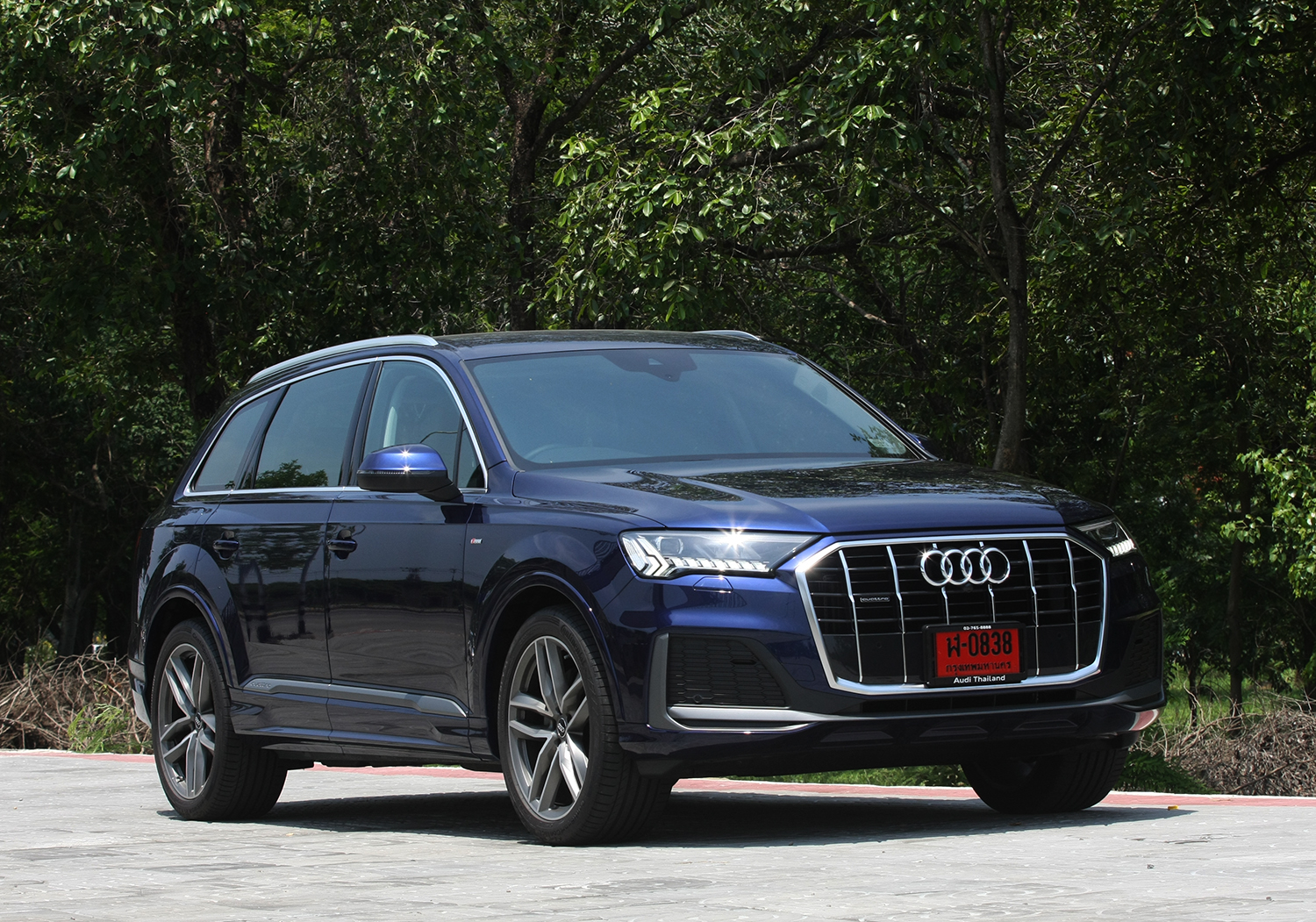 When Audi made a comeback in Thailand via a new importer some three years ago, the Q7 had been one of the most popular models thanks to it being an SUV and an all-new model back then.

Such a time frame till now means that it’s nip and tuck time for Ingolstadt’s rival to the BMW X5, Mercedes-Benz GLE and Volvo XC90 with a range of cosmetic alterations being applied here and there.

The main change up front is the grille which looks almost like in the Q8. Audi maybe didn’t want to make the Q7 to look as bold because that could dilute the Q8’s flagships status.

The interior has also been updated. But due to cost constraints, the Thai Audi agent has opted for only two digital screens than three. Many new Audi’s now have an electronic instrument panel behind the steering wheel, but not in the Thai-spec Q7.

Audi is now focusing on the 249hp 3.0-litre diesel-turbo which has been carried over unchanged in 45 TDI outfit. The S Line trim, as tested here at 5.299 million baht comes with more luxurious stuff like 21in wheels, air suspension, matrix LED lights up front, four-zone climate control and 3D sound system from Bose.

While many players in this class already have plug-in with petrol-hybrid tech, they all still retain diesel options which are traditional but useful alternatives for those who drive a lot upcountry.

The XC90 and GLE is around one million baht cheaper and dearer than the Q7 respectively in price. Picking a winner is not difficult at all if the price difference is so substantial like these.

The more interesting question is whether the Q7’s circa-350k saving is worth it over the X5, a relatively brand-new car that has proved to be very capable on several occasions with us. 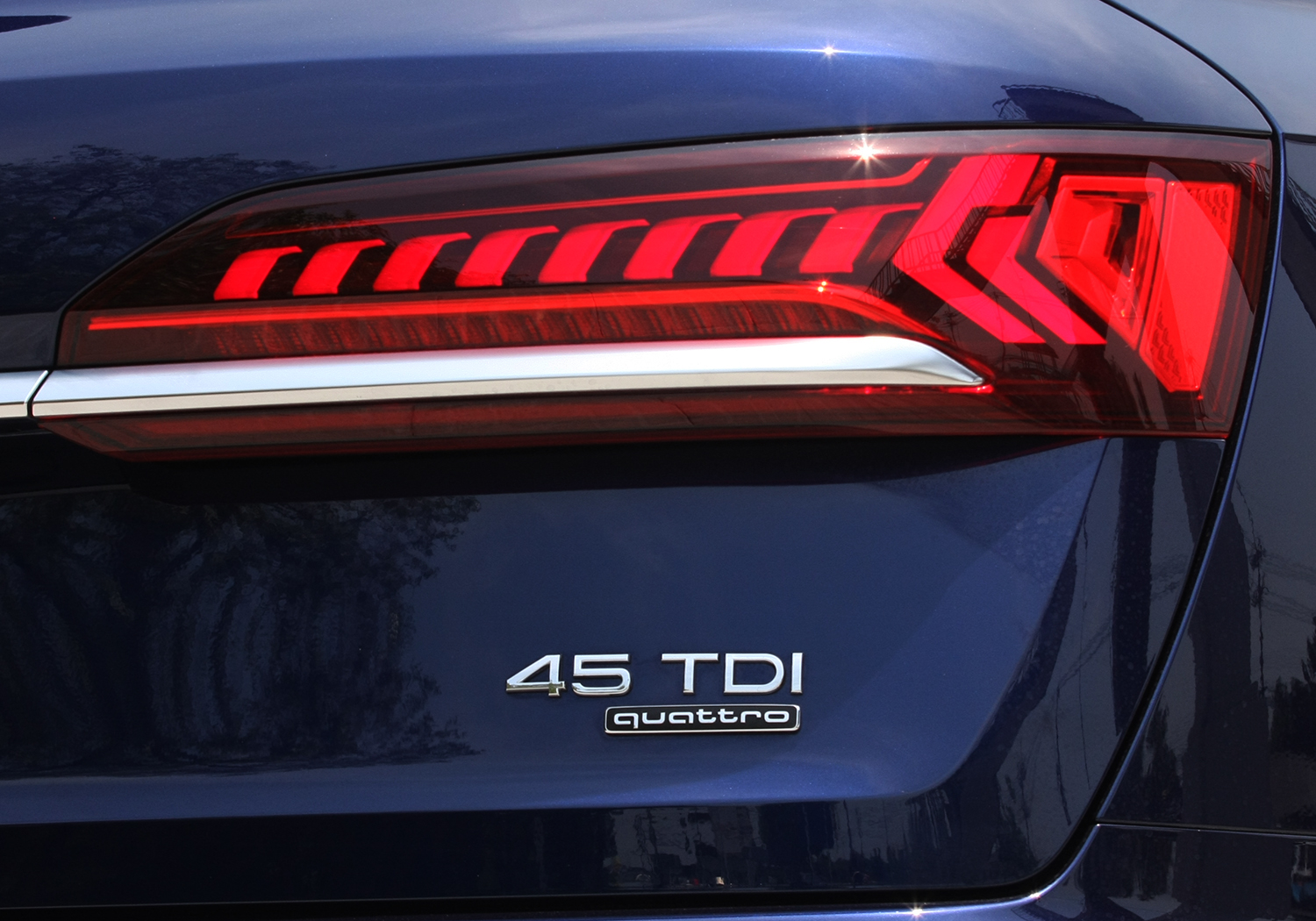 Ever since its inception, the Q7 has been greatly known as a spacious five-seat SUV. Apparently, that remains the case today even if the X5 is highly practical.

If you’re sure you don’t need the third-row bench of the XC90 and GLE, then the Q7 should suffice for average-sized families and all their belongings they need to bring along.

Despite being a detuned version for Thailand, the V6 unit in the Q7 isn’t short on grunt and feels lively at times from low revs. Six cylinders may sound like an extravagance, but it shows here against the less feisty four-pot diesels of the XC90 and GLE.

The Q7 was never really an SUV appealing to driving enthusiasts due to a focus on comfort. That could be a good thing because it still delivers that key ingredient well to so many buyers who aren’t racers in disguise. 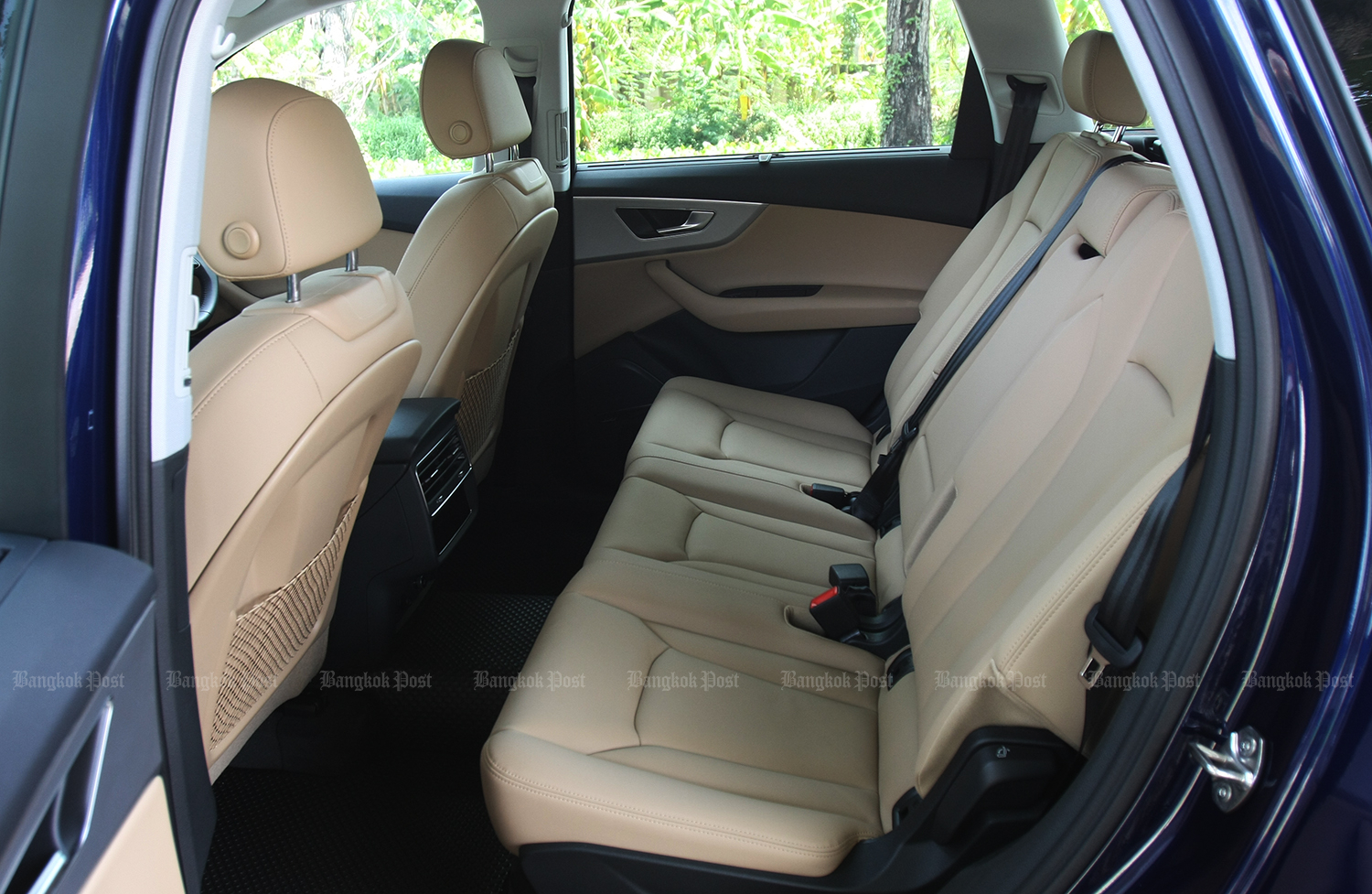 BMW knows that the luxury car market is filled with potential buyers who like easygoing driving styles, which is why it hasn’t forgotten this specific area of drivers.

The X5 is sharper to steer than the Q7 and has a less soggy ride, yet it can still manage to cajole drivers and their passengers with enough refinement and ride smoothness.

In one way or the other, the X5 has the best of best worlds, although some testers did argue about the Q7’s higher levels of outright comfort. The Dynamic mode in the Q7 translated into a crispier feel for those needing taut long-distance handling.

The same could be said about the X5’s engine which feels well-muted at cruising speeds. It’s only when the Q7’s motor isn’t pushed that it is relaxed.

But where the X5 clearly scores over the Q7 is interior design and driver ergonomics. The BMW’s cabin feels immediately user-friendly and natural, plus the user-interfaces on the fascia works and responds to just you liking. 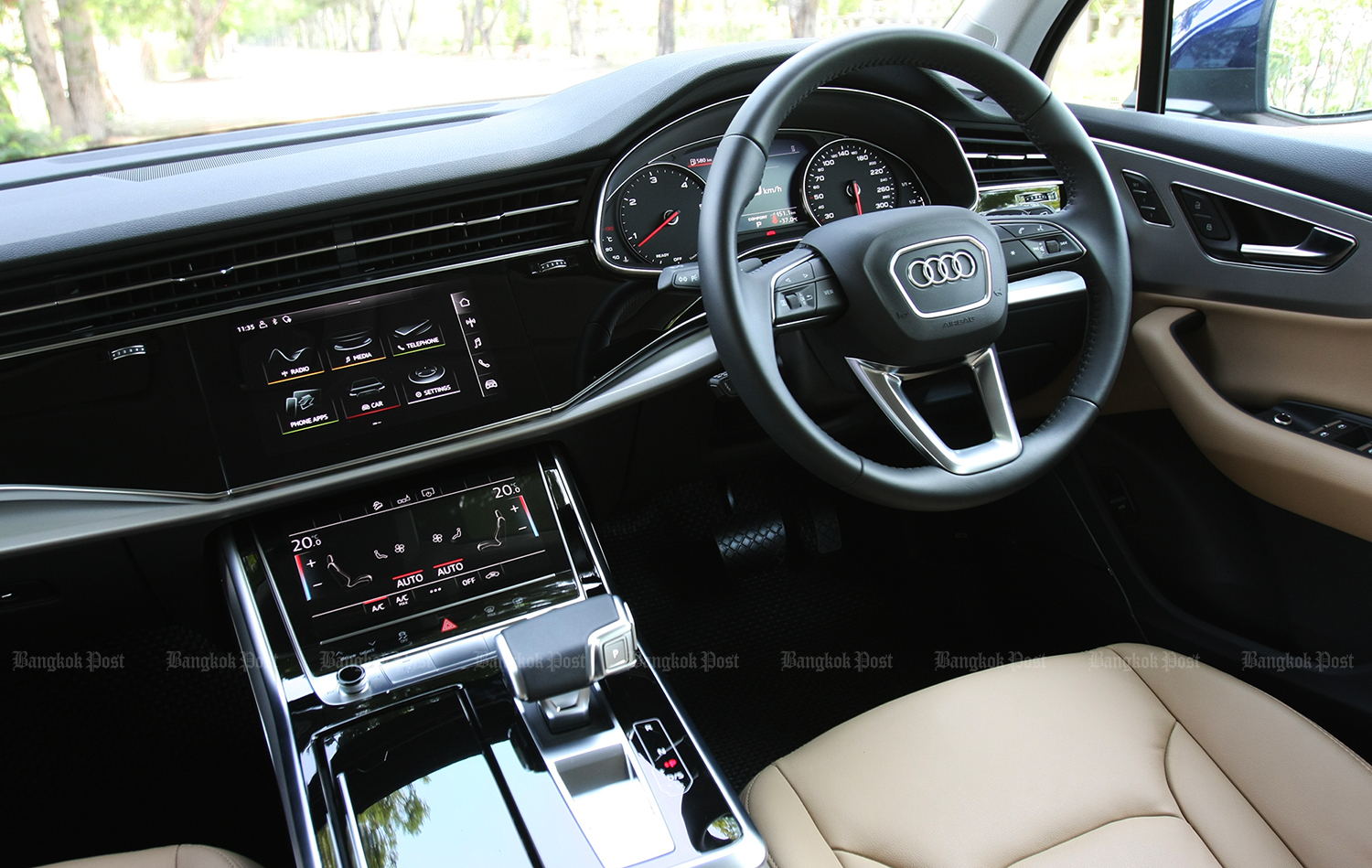 The Q7 could easily billed as the most ordinary SUV in the Thai class of luxury SUVs. There’s no plug-in hybrid, the package is about satisfying only five and the road manners lean outright toward comfort. But it does everything greatly, even if one-dimensional.

That could also probably answer whether the Q7 is worthy over the X5, especially when a lesser price objectively translates into more winning points.

But, as said earlier, BMW knows why people like and want outright comfort which is why the X5 is closing the gap more and more these days with models like the Q7 without really sacrificing the virtues it has to keep hollering about.

So while the Q7 is still being blunt about how it wants to be perceived by buyers of luxury SUVs, the X5 wishes to offer a more sophisticated statement about its intended balance of buyers’ differing levels of needs. 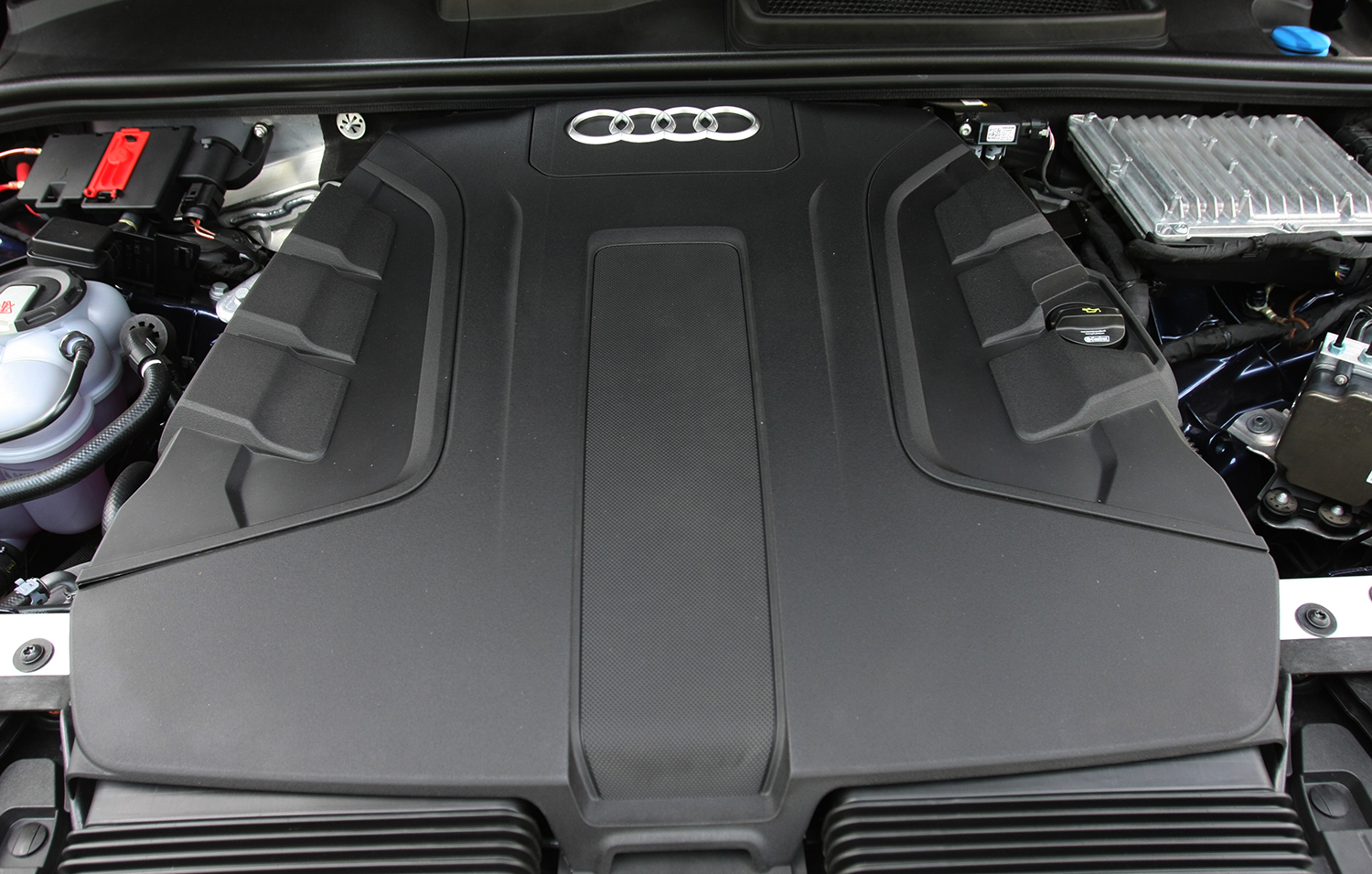 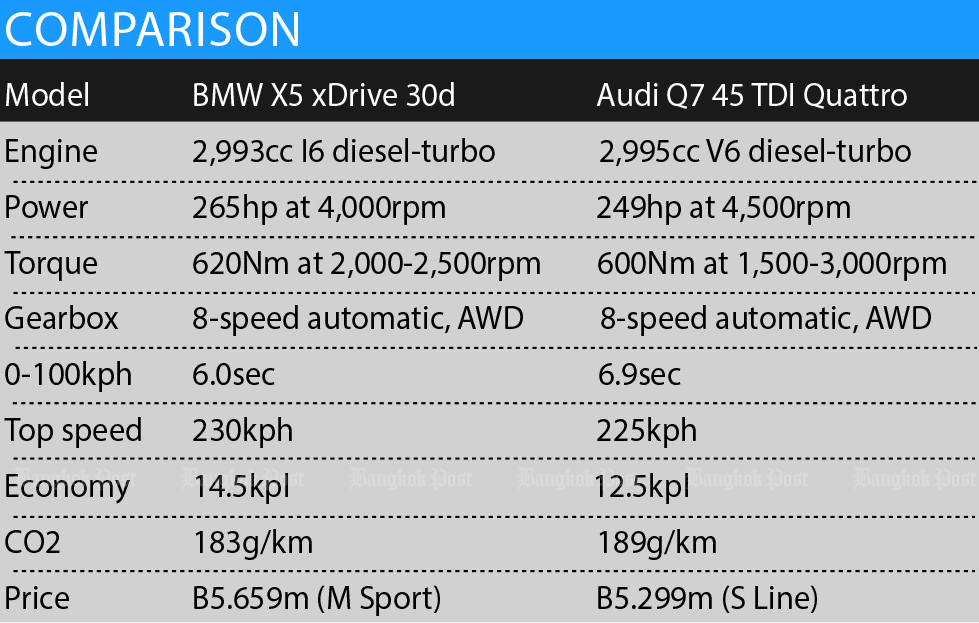