The revised 7 Series has a bigger nose and more might from a new plug-in hybrid system. 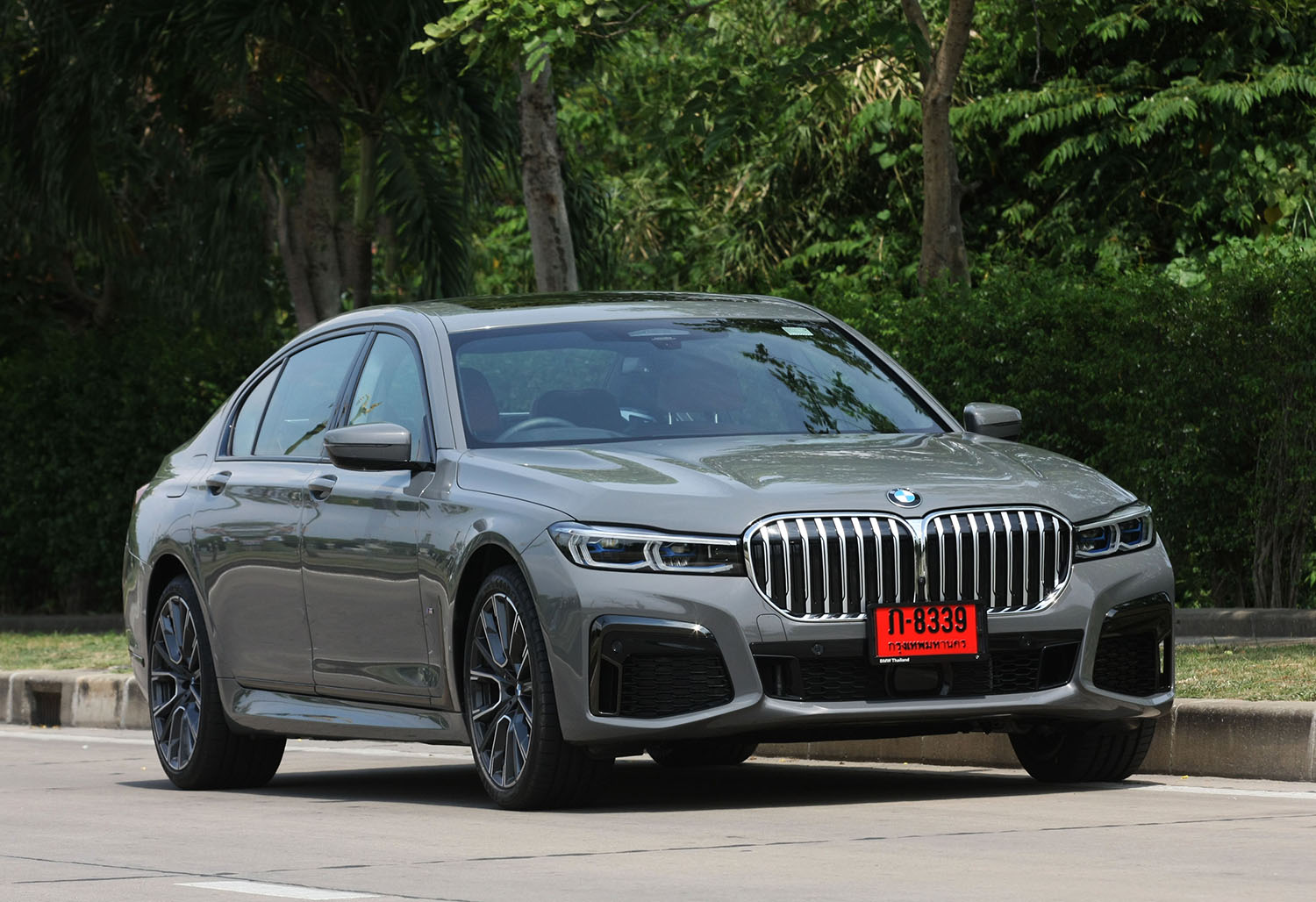 After being on the market for three years in its current generation, the BMW 7 Series has been given a facelift and an improved plug-in hybrid system.

Chief among the visual changes is no other than the front grille which has grown tremendously in size. Others are detailed alternations that are naturally overwhelmed by the news of the bigger nose.

The 740Le version of the pre-facelift model is now superseded with the 745Le, which not only sees a bigger 3.0-litre inline-six replacing the 2.0-litre four-pot but bigger lithium-ion battery to nearly double the all-electric range from 30km to at least 60km.

In fact, this formula has also been applied in the X5 we drive recently in which the outgoing 40e has been superseded with the 45e. Speaking of this, the 745Le gains one feature missing in the 740Le: xDrive all-wheel drive, also available in the X5 xDrive 45e.

The new 745Le xDrive is priced at 6.399 million baht in the solitary M Sport trim, around 500,000 baht cheaper than the similarly trimmed Mercedes-Benz S560e (see graphics for technical differences).

People who still aren’t on the plug-in hybrid bandwagon can still find solace with the diesel-powered 730Ld selling at 6.099 million baht.

Actually, the availability of diesel in every model range featuring a plug-in hybrid can still be found in local BMW showrooms. That’s a thoughtful move by BMW. 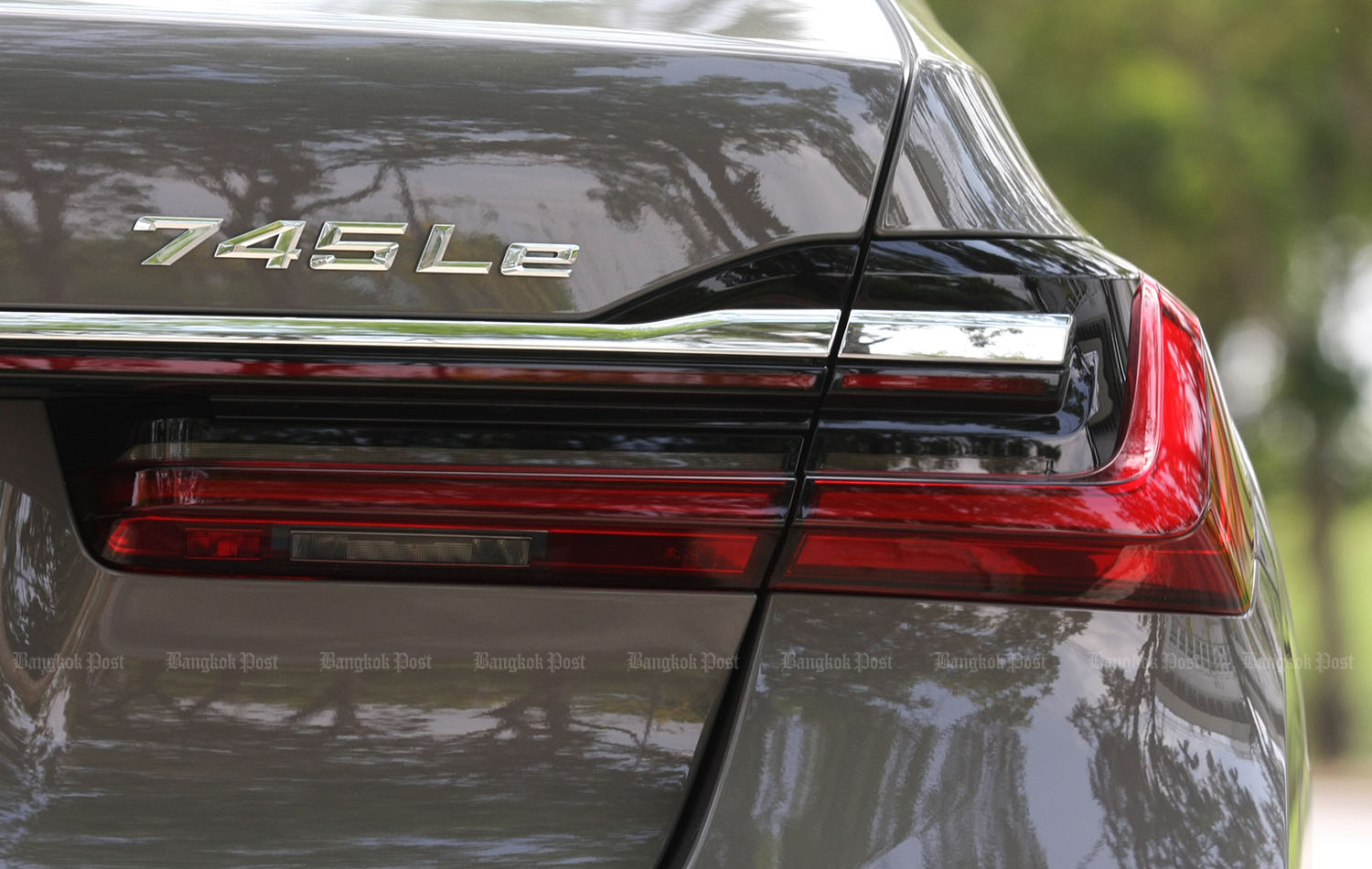 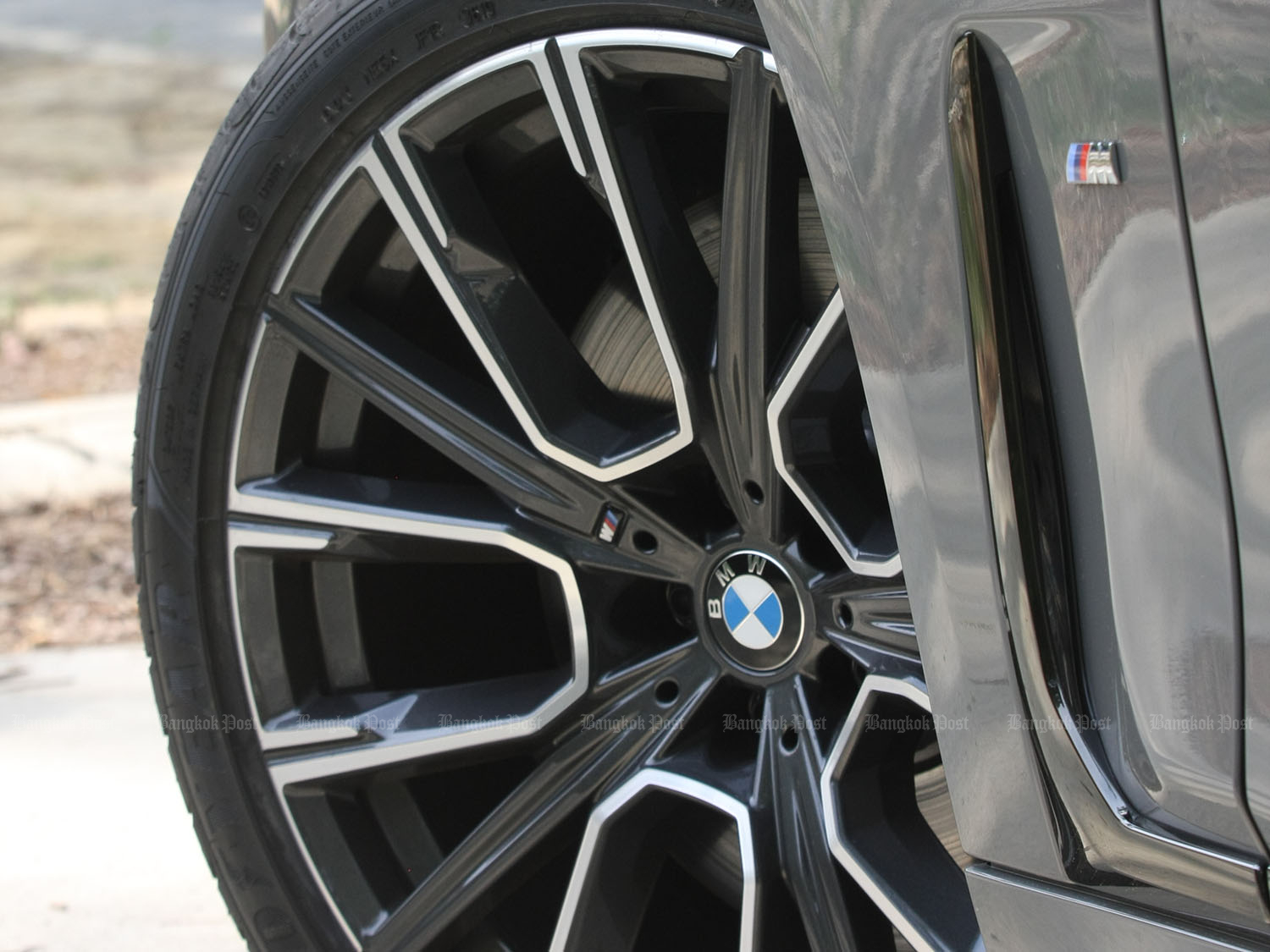 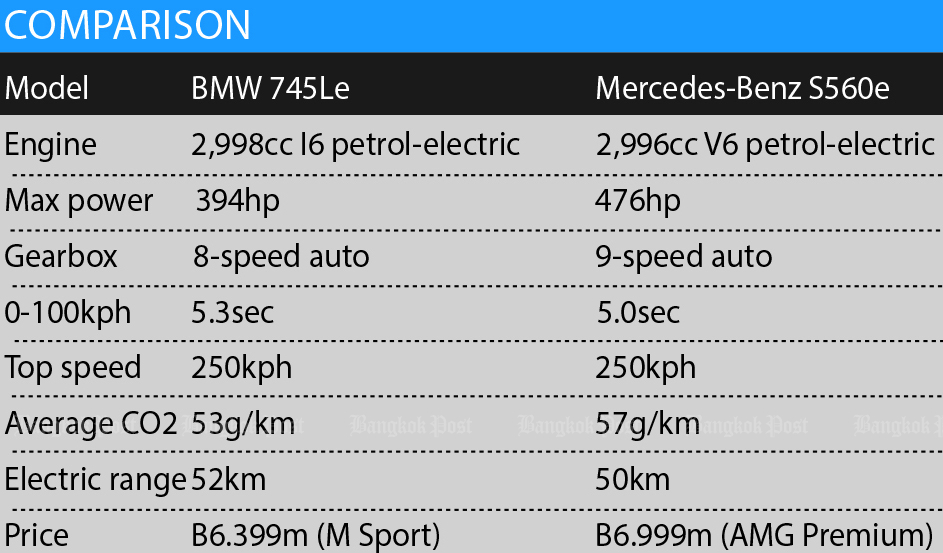 The 7 Series was not always the range-topping sedan but also the flagship model for years, which is probably why a six-cylinder plug-hybrid is more appropriate in image and performance terms.

In all-electric mode, the 745Le moves around town in a very serene manner. This is important for owners who are mostly chauffeur-driven on a daily basis. The ride quality itself is mostly quiet, if arguably not as brilliant as in an S-Class.

As soon as the drivetrain finds it necessary to bring the combustion engine into life, it does so in a seamless manner. And it’s here where the near-400hp of power (and all-wheel drive) yields for good all-round driving performance. Despite being less powerful than the S560e outright, the 745Le begs to feel just as capable.

Now that the 7 Series has reached mid-life, BMW found it apt to equip the 745Le with as much standard equipment as possible which is why the car is both a great place to drive and ride in to spend time relishing the available gadgets. 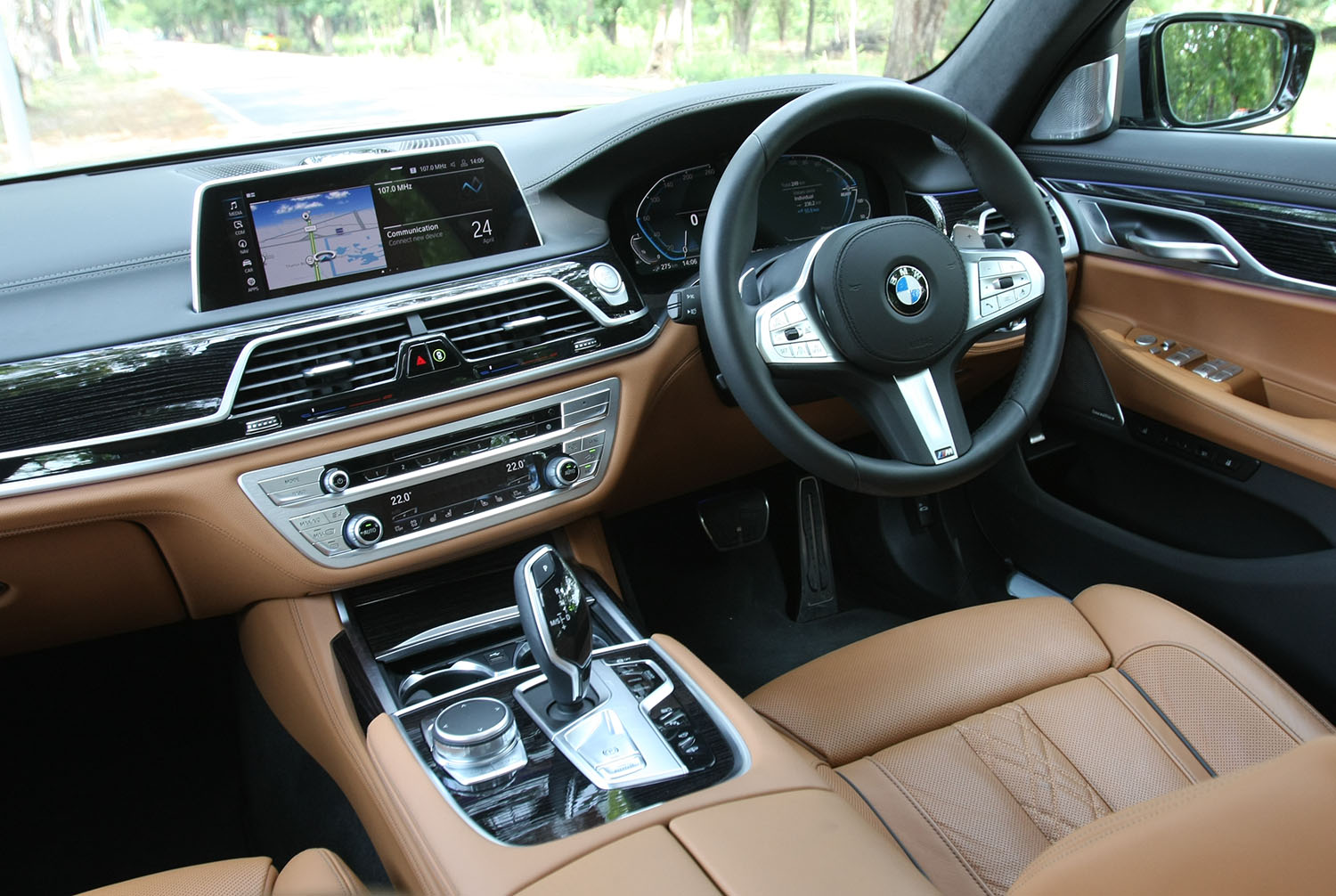 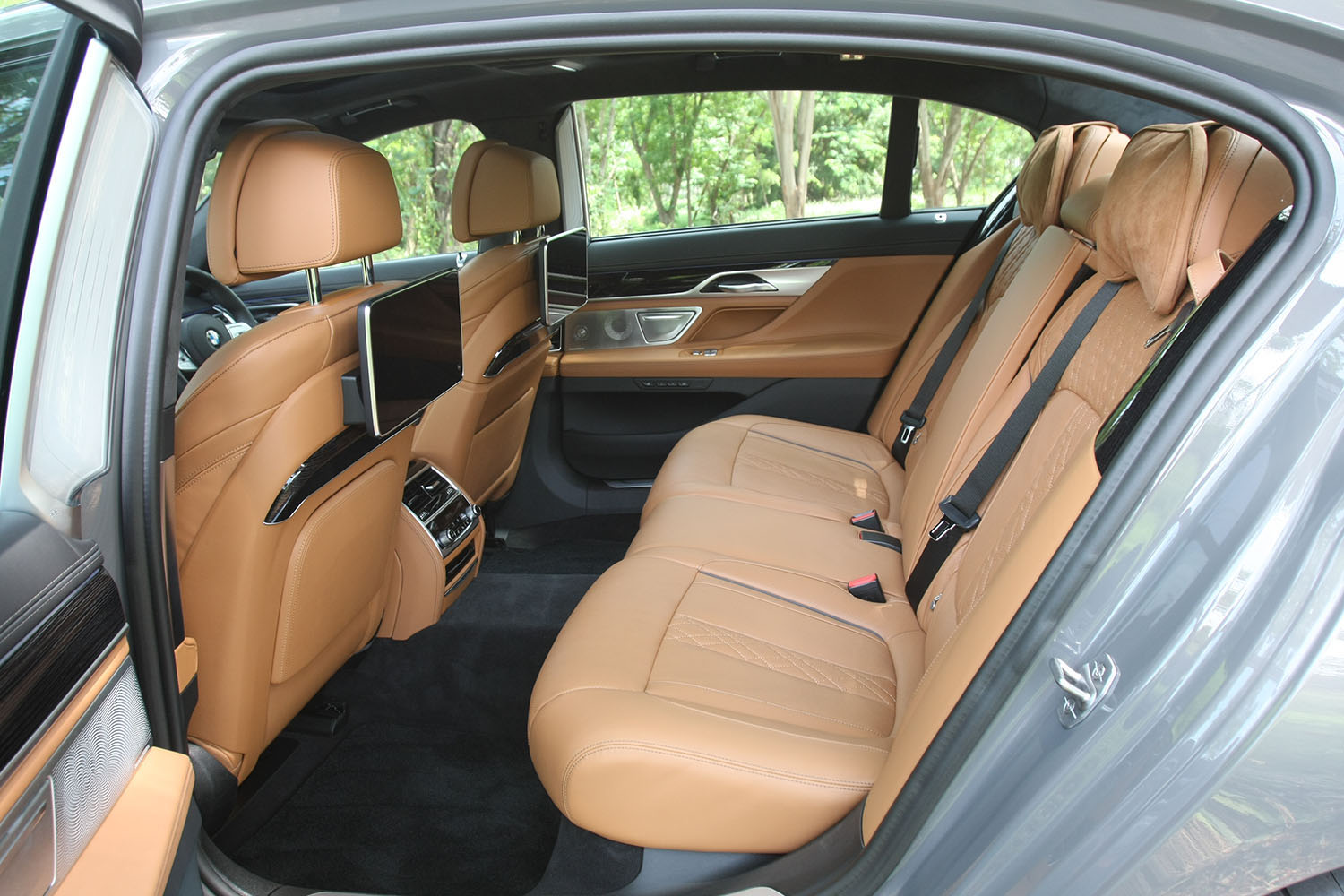 Like in the X5 45e, the presence of a bigger six-cylinder engine could make the 745Le a gas-guzzler when lithium-ion battery is low on charge. But when cars cost this much in price, this really shouldn’t be an issue for customers.

Other downsides in the 745Le are rather on the petty side of things with one of them being the trim. The M Sport spec of this test car features a mish-mash of exterior and interior colours, plus wheels, lines and parts that don’t look they’re representing one particular trim. And let’s not get started with that nose job…

For years, BMW has been trying to beat the S-Class when it comes to rear seat comfort. In the 745Le, there’s the space, toys and tactile quality to enjoy, but the cushions themselves still don’t feel as pampering as in its rival. 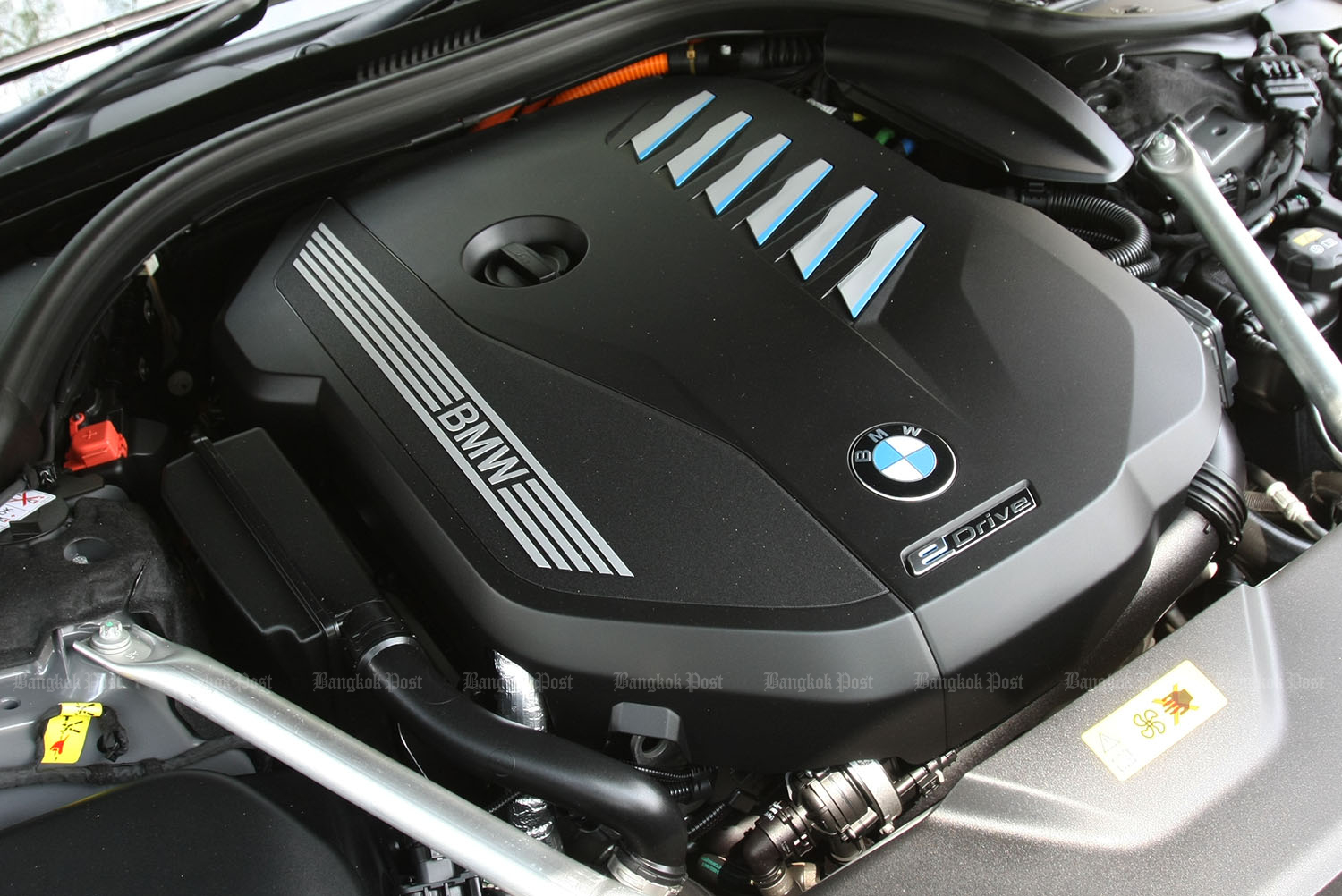 Considering how luxury sedans are used these days, plug-in hybrid technology seems here to stay as it provides the stepping stone into all-electric driving in the future.

All-electric range and maximum driving performance are all things that people look at in plug-in hybrids. A decent combination of both is probably more important. For the truer driver, a plug-in hybrid that doesn’t feel like one (weight issues, for one) is even more important.

The last point seems to be most applicable to the 745Le. In fact, it has always been the case for most BMWs with plug-in hybrid tech.

But if you’re going to take into account other aspects of the car – which you should – it’s still a close call between the 745Le and S560e depending on what you prioritise.

For sheer comfort, the Merc is still the one to go for. But if the focus is on what’s going on under the bonnet, it could be another thing.

Mitsubishi to benefit from EV growth with Outlander PHEV