Champion on and off the track
Auto
Review

Champion on and off the track

It has been two years since I rode the Yamaha YZF-R1 at the world-class Chang International Circuit in Buri Ram, and although it takes longer for me to get into a race suit these days, it's time to test ride the latest new model from Yamaha -- the YZF-R7.

Chang Circuit is Thailand's premier race track, with its signature high-speed bend, long straights and hard braking zones. No doubt riding the new YZF-R7 here is going to be fun.

Speculation has risen as to why Yamaha has decided to make a sports bike with just two cylinders. We are going to find out. 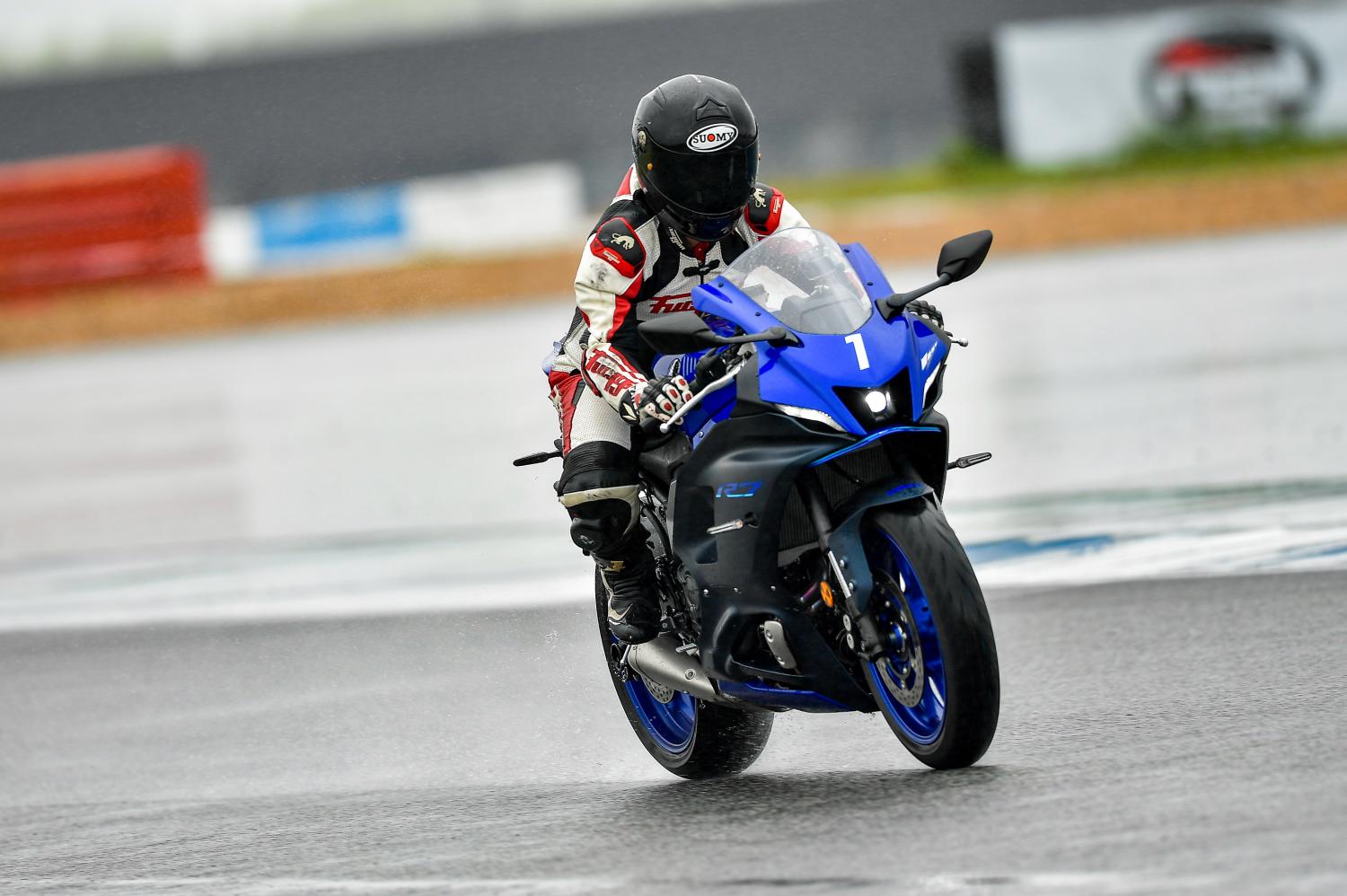 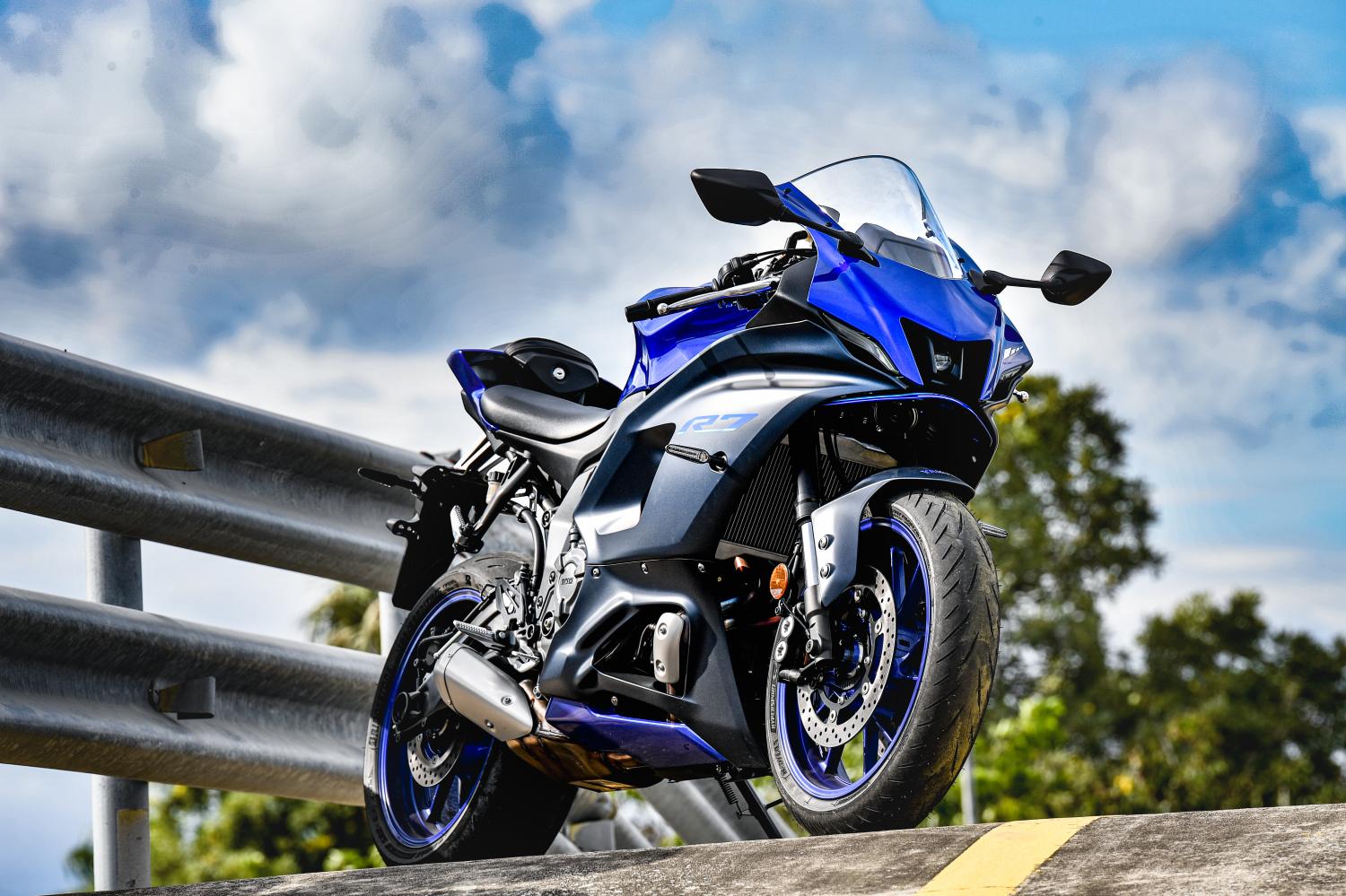 The YZF-R7 was designed in the US but production takes place in Japan. It comes with a 689cc liquid-cooled, inline 2-cylinder DOHC fuel-injected CP2 engine that delivers excellent power and performance throughout the rev range, delivering an exhilarating ride and a true super-sports experience. Its 270-degree crankshaft delivers linear torque for exciting acceleration and limited vibration. If you aren't familiar with the CP engine code, a simple way to understand it is that CP4 means an inline 4 engine such as those on the YZF-R1 and MT-10, while CP3 means an inline 3 engine such as on the MT-09 and XSR 900.

The YZF-R7 is fully imported from Japan with a new sporty setup. Highlights include a new chassis design, and 41mm forks up front in the right-angle super-sport class. The CP2 engine was previously run on a dyno machine in Thailand, and maxed out at 76hp compared to 73hp on the spec sheet. 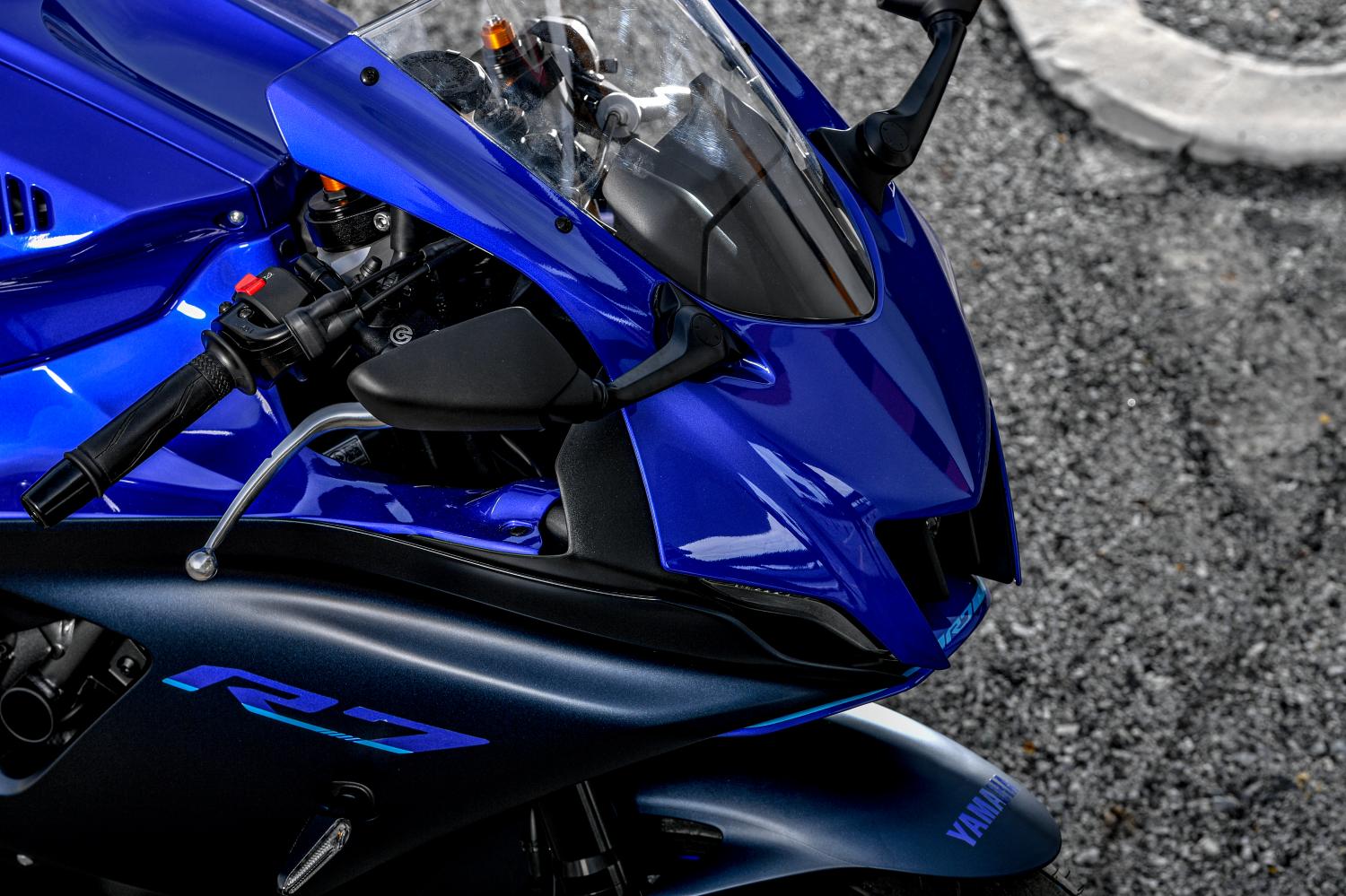 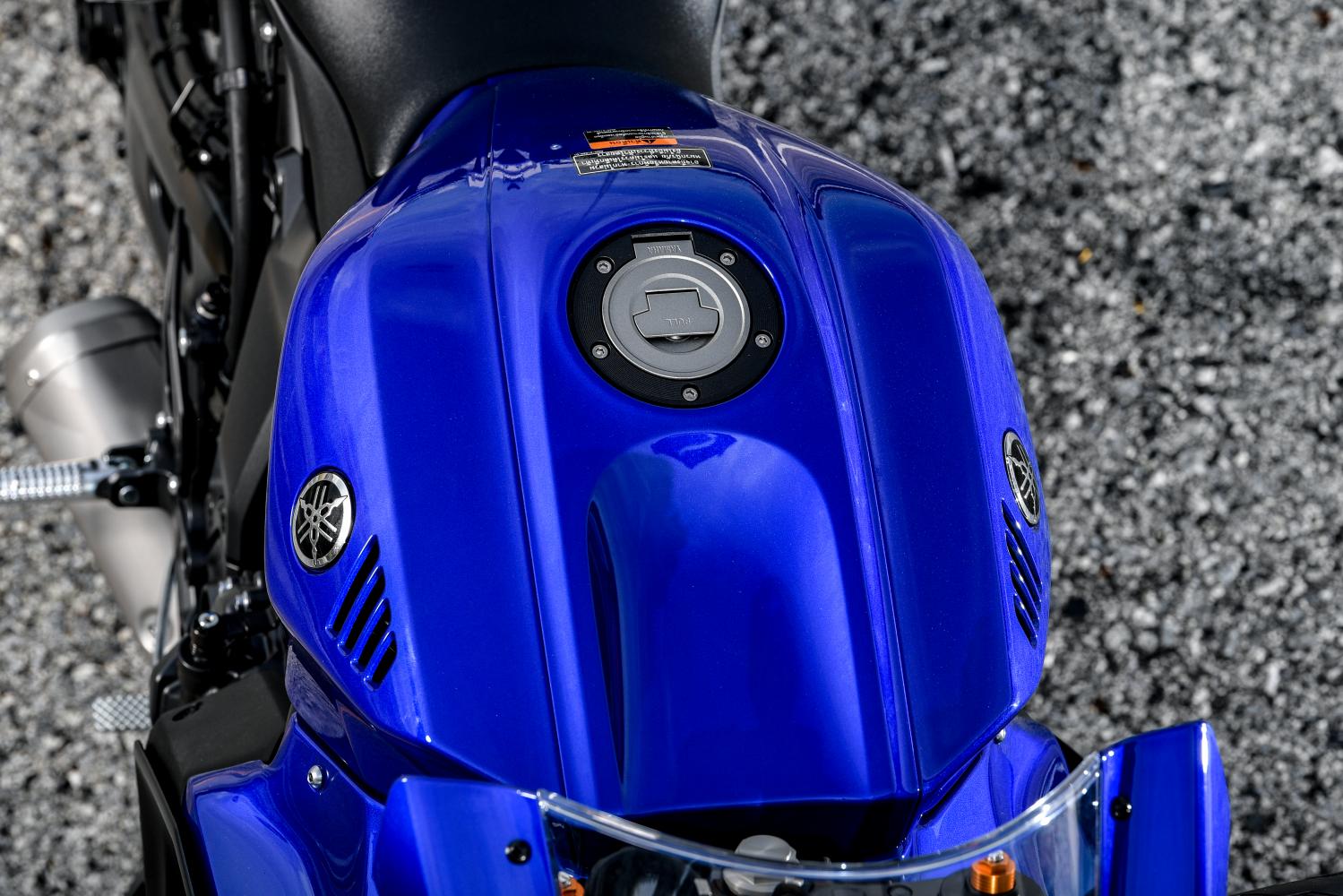 The YZF-R7 comes from the sports-touring class, and I can confirm that it has the looks. It appears similar to the YZF-R1 and YZF-R6 especially at the front and rear. The cockpit design also offers the same riding environment -- but it comes without any electronic riding modes.

Well don't be surprised, because I agree with Yamaha. In a bike with a medium-sized engine like this, I would rather choose affordable pricing over unnecessary electronics. If this were a 1,000cc bike, I would probably be crying for four or five riding modes and traction control options. But in this case, it is fun learning how to control the bike by using the "man and machine" concept.

The YZF-R7 comes with an equipment level that I think is adequate. There's a slipper clutch and an option to install a quick shifter, which I would get (a less than 10,000 baht option). Despite not having any assistance, it gives you a chance to play with clutch and throttle when downshifting, and the slipper clutch is good enough for safety. 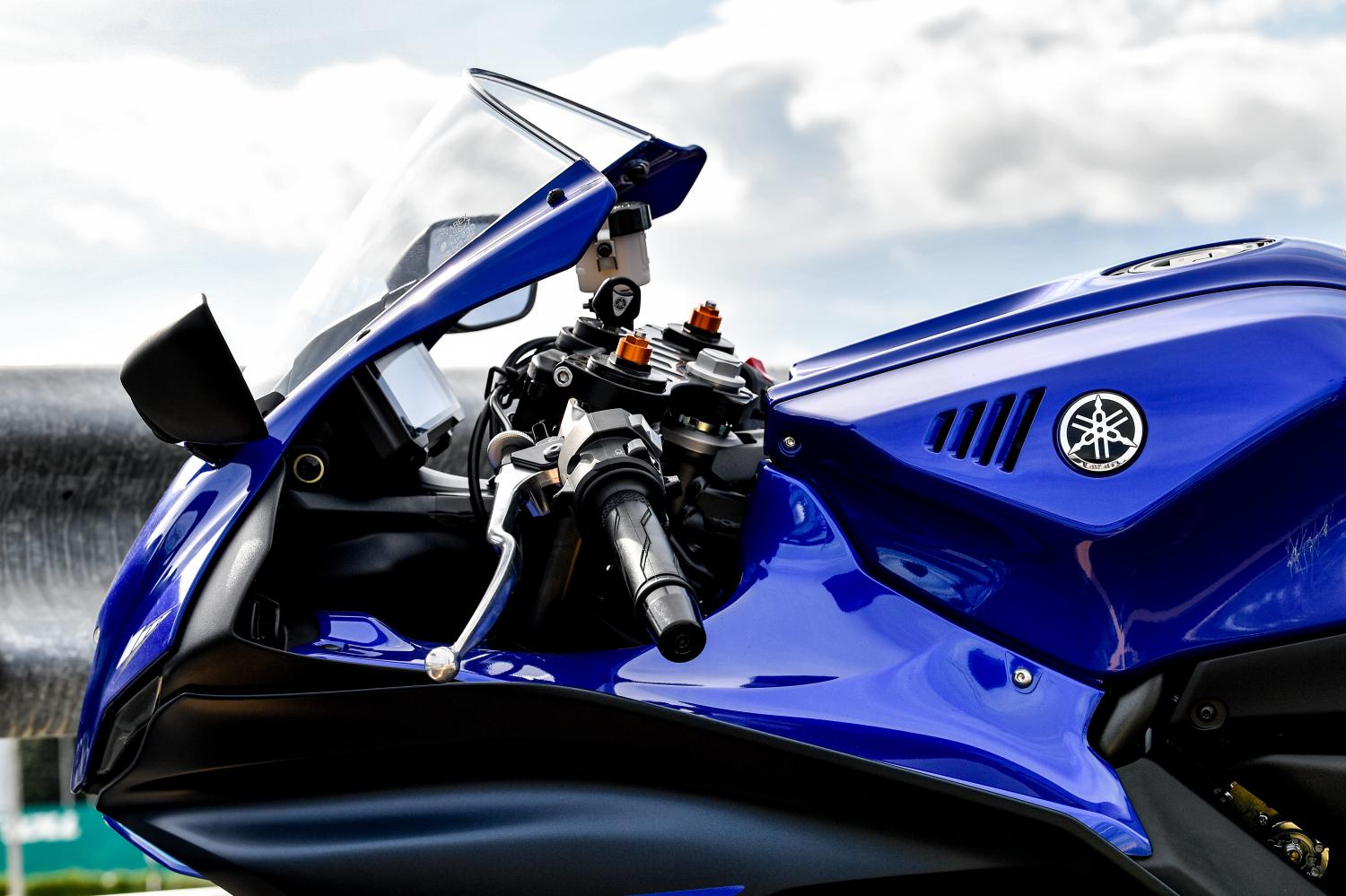 The YZF-R7 weighs in at 188kg -- it is indeed very slim and light, allowing you to push and park the bike easily, even on a slope. The seat has a narrow design but offers plenty of space as riders can comfortably move their bodies into position during cornering. The shape of the tank is newly designed and holds 13 litres, which is good for long-distance travelling. There are also "knee pockets", one each side of the tank, for better grip.

This YZF-R7 is good for long rides, but is also ready to jump on the track at any time. The only out-of-place element is the note of the CP2 engine, which is far from exciting compared to the sweet CP4. But I think I understand why it's this way. Imagine if you want to travel to Khao Yai with a racing exhaust system -- you would probably be told to go home because the national park would not let you enter. True, the YZF-R7 is made for both touring and track, so to trade off the beautiful sound from a racing exhaust system with a quieter system could make for a happier ride when you travel around. 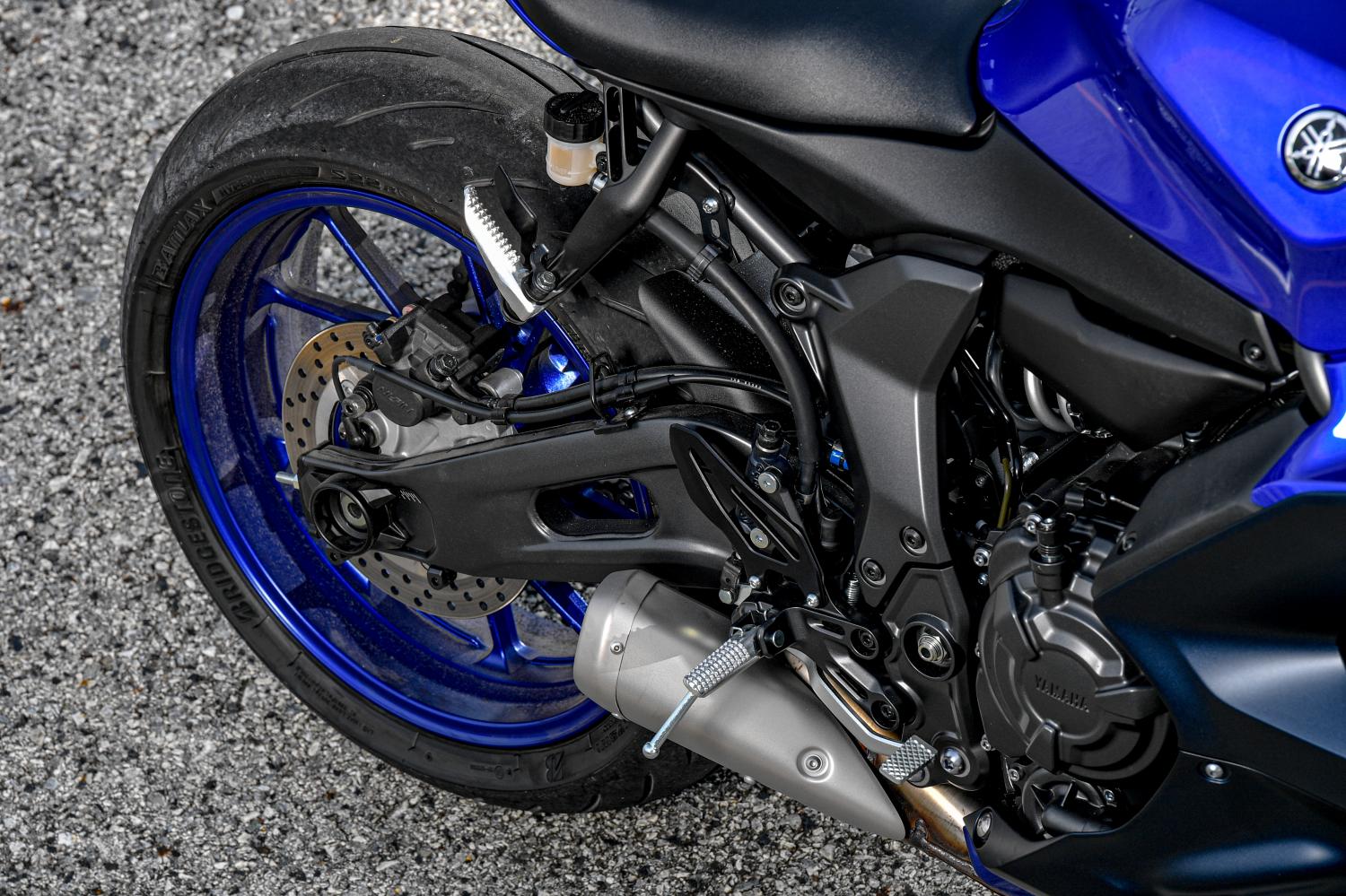 Unfortunately, a rain storm in Buri Ram left us with no choice but to test ride this YZF-R7 on a wet track. I was able to complete only a couple of 15-minute sessions. The factory tyres gave me a bit of worry because this was my first time riding on a wet track. And I'm talking about serious amounts of rain.

Surprisingly, the sound of this CP2 engine with stock exhaust is not too bad when you hear it from inside your helmet, even though when you are watching your friend ride you may think the sound is too quiet. The CP2 engine is fun to rev, thanks to its serious torque output (unlike regular inline-two engines that are designed for comfort). Reaching 200kph without making much noise is actually quite interesting. 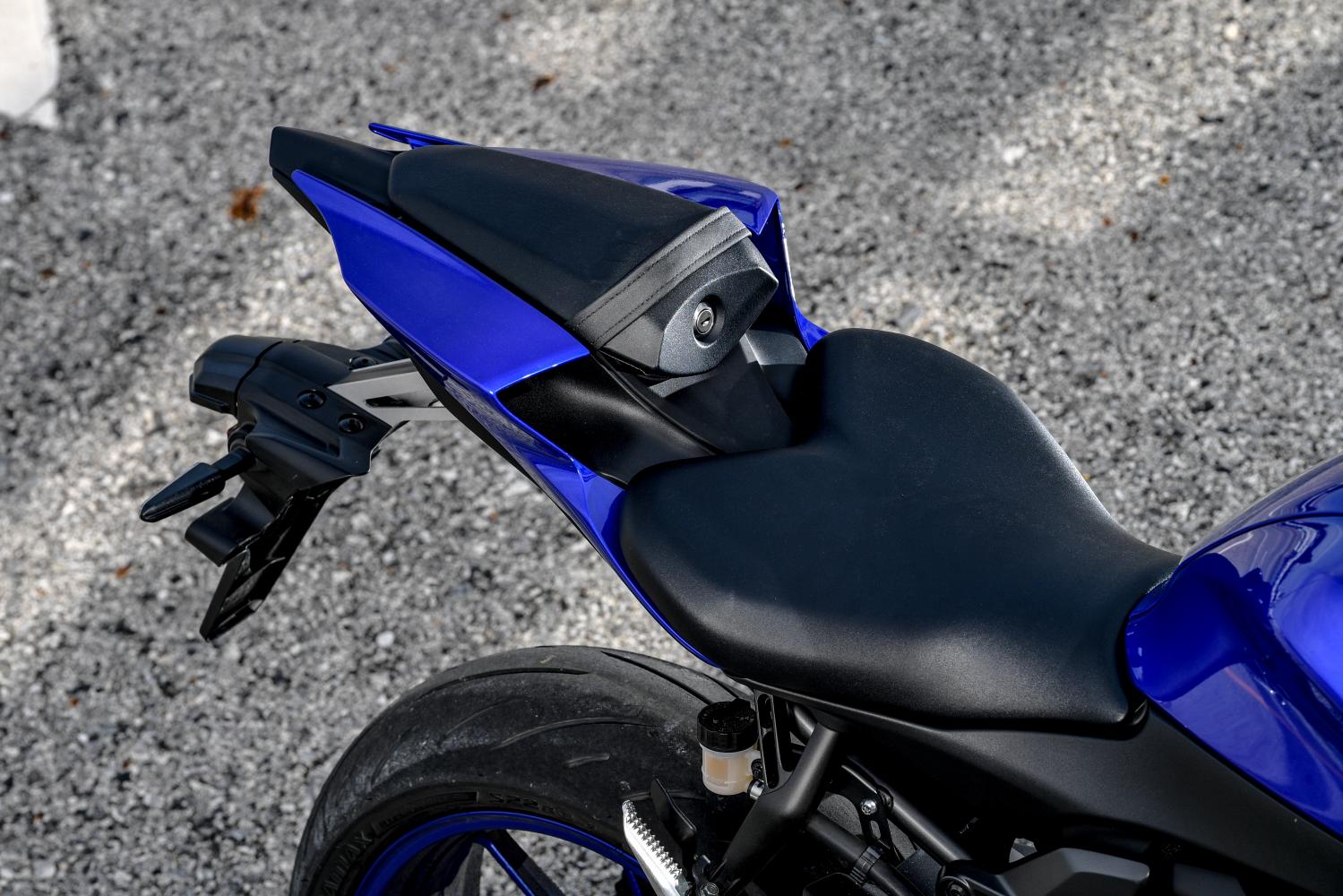 After a few laps the rain was gone, and riders were able to increase the pace. I'd have to say the YZF-R7 is easy to manoeuvre, especially when going through chicanes, and when it's time to shoot out of a corner it is quick!

While doing all this, my mind was now in the middle of a mountain road somewhere in the North of Thailand, thinking the advantage of the CP2 engine will be when I take it to a mountain with steep roads. That peak power at 6,500rpm should be good.

Back on track, I was enjoying the torque when it came to shifting up through the gears. And when it's time to decelerate quickly, the slipper clutch and suspension do an amazing job. 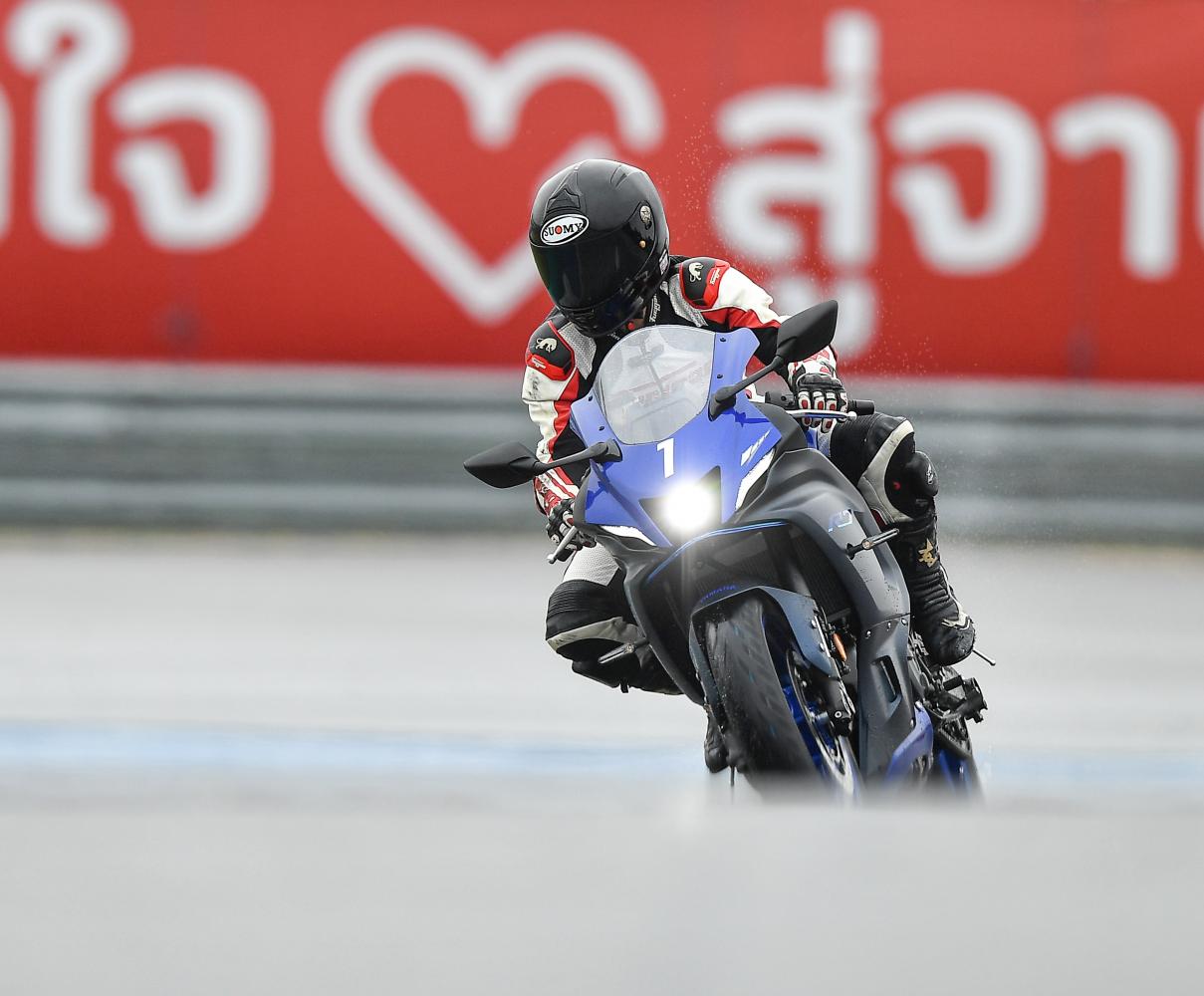 If you love speed, aggressive looks, sporty riding position, touring and track days, the Yamaha YZF-R7 is your choice. It comes with affordable pricing for a fully-imported Japanese make, compared to the purely track-biased YZF-R6 or YZF-R1. 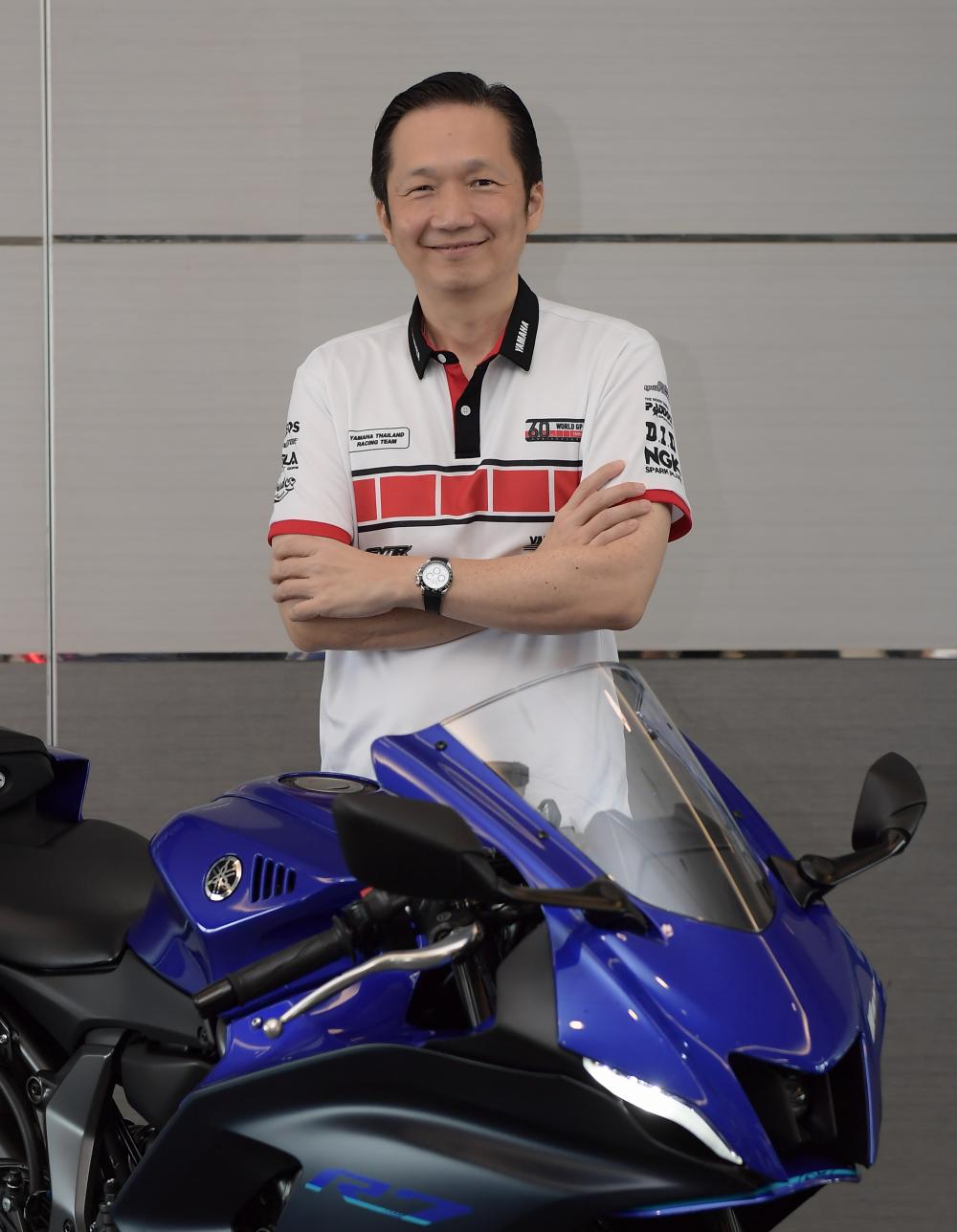 Best of the best under one roof

A league of their own