The event, first held in 1995, takes place in various cities around the world every three years. The main objective is to present the full line-up of Porsche models to potential customers (70% new and 30% existing).

"Everything is organised by Porsche AG Germany. All these wonderful Porsches are shipped from Germany, including the materials, staff and especially our instructors who are well-known racers," Peter Rohwer, managing director of Porsche Thailand, said.

We were invited to participate in the event and the timing couldn't be better as Thailand has just started to allow visitors to enter the Kingdom without quarantine. However, Covid-19 safety precautions for journalists and staff were in place to make everyone taking part feel safe.

"There are three sets of cars in this event, comprising of left-hand drive and right-hand drive models. In Thailand, this is our 9th Porsche World Road Show -- with the first in 1998," he said.

Rohwer, a German expat living in Thailand, said the team travels to the Kingdom every three years.

"New models show up every eight years while minor changes to models happen every four years," Rohwer said. "So, every three years is a good timeframe for us to present a new product portfolio to Thai customers.

"Here, you have the chance to drive every model in one day on the best five test stations that we've designed to let our cars perform."

More than 26 cars were shipped directly from the Porsche factory in Germany such as the 911 GT3, Targa 4 and Turbo S Coupe, the 718 Boxster S and Cayman GTS, the Panamera GTS and Panamera 4, Cayenne Turbo and Macan, as well as the Taycan Turbo, Turbo S and Cross Turismo, and finally the halo 922 GT3.

It would be difficult to write about every model, as there are too many and each of them delivers its own individual character. However, every model does have racing DNA while being an everyday supercar -- a strong Porsche concept. 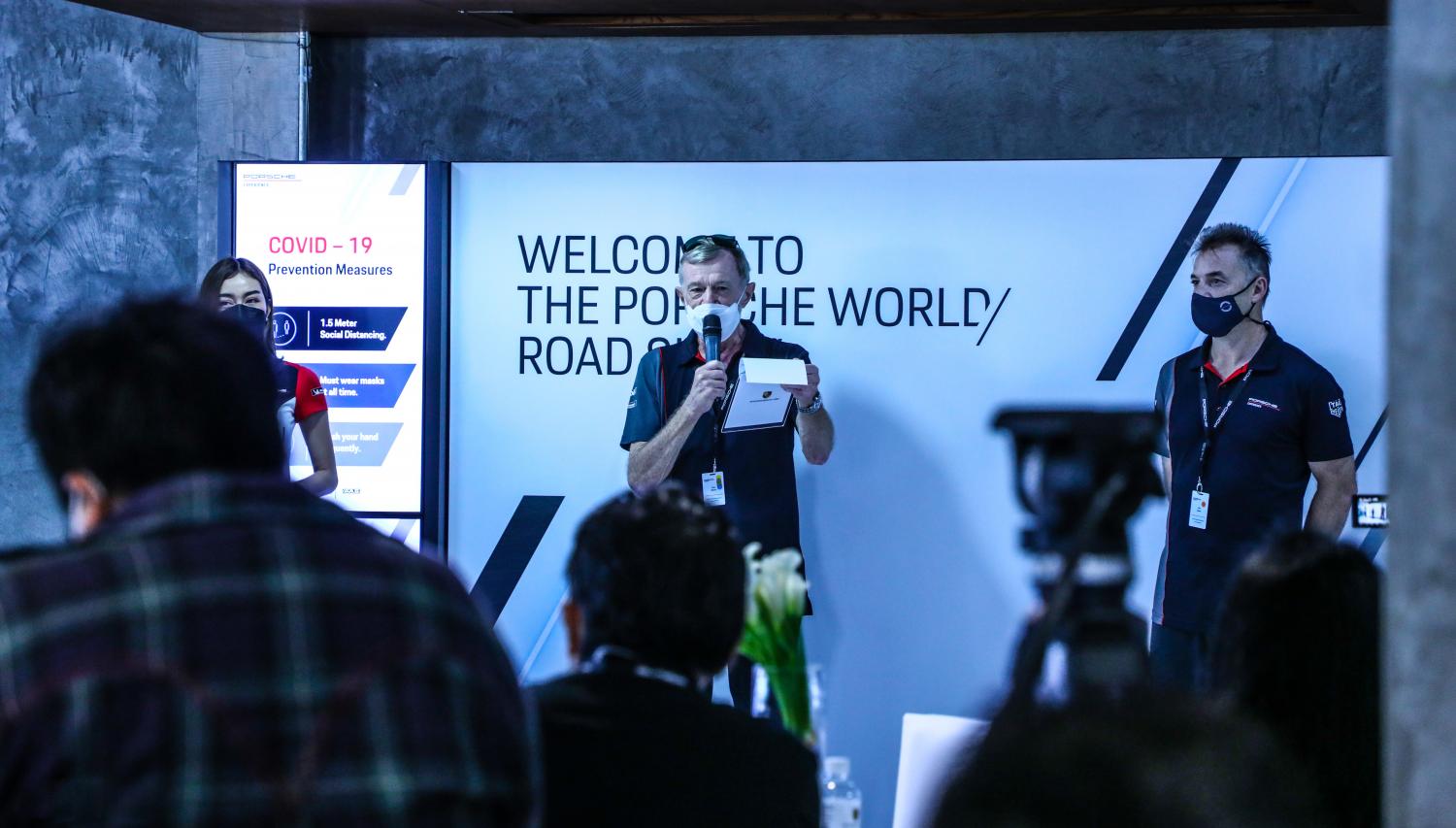 Among the Porsche models I liked most was the 718 Boxter S. It's not too expensive and doesn't come with costly options like the 911, but it can deliver that pure driving sensation. Then, there is the 911 GT3, a street-legal race car that costs almost 18 million baht. There is no chance of me owning one, but to get to drive this 510hp beast is everyone's dream. The Taycan Cross Turismo, a new electric car from the Taycan lineup, comes with twin electric motors and a four-wheel-drive. This car will stir up a hornet's nest in your head after you have driven it -- you will fall in love for sure.

What about the 911 models? Nothing much I can say except if you have the money, go for it.

However, the new Macan base model disappointed with its mediocre performance. But I'm not complaining as the price starts at just 4.69 million baht. But there's a GTS engine option for the Macan too and this is the model to go for. 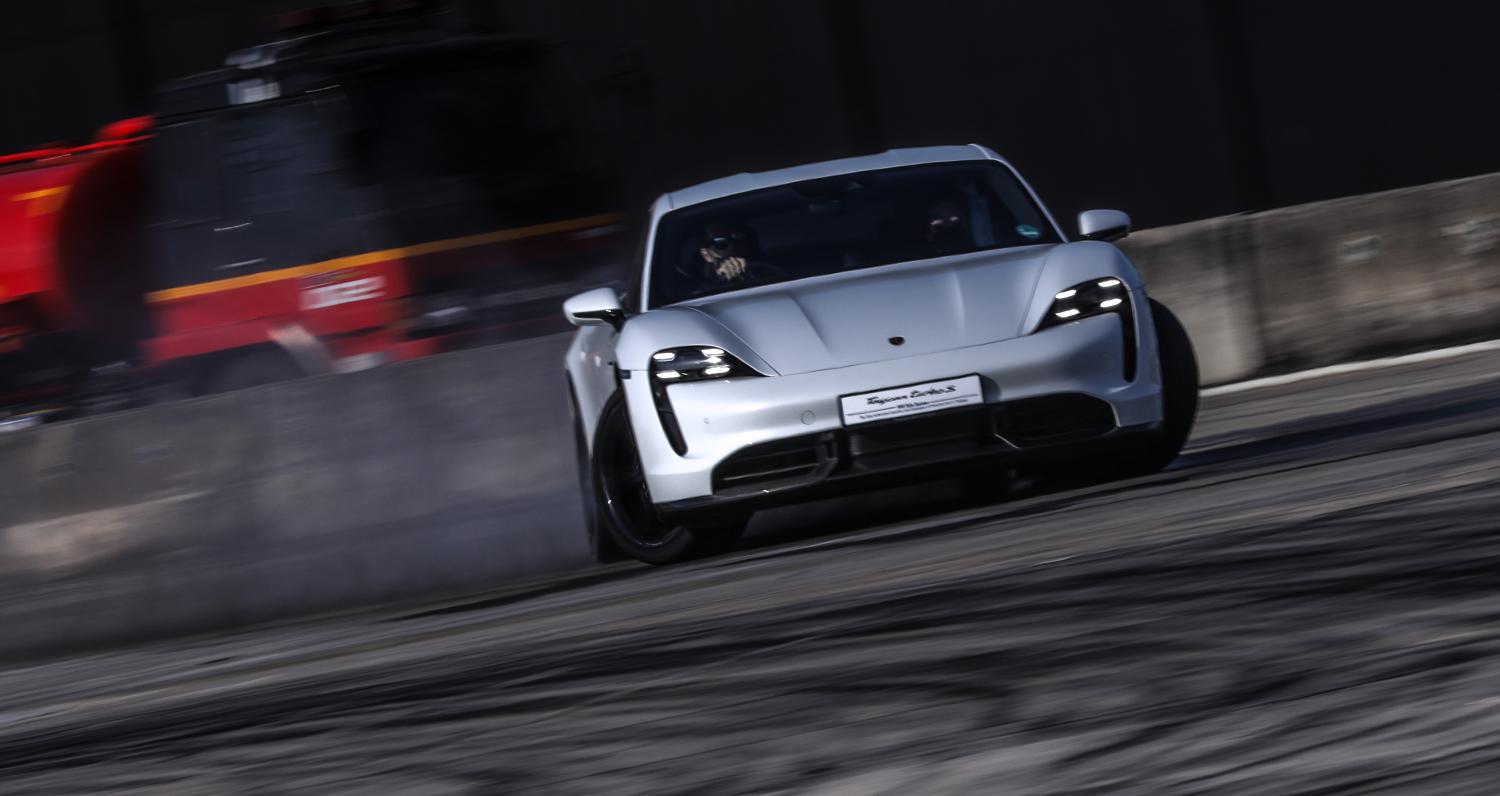 The Cayenne Turbo, after two laps on the track, proved to possess racing DNA, even though it's a large SUV.

The last is the Panamera GTS. When you drive behind a Panamera, it is a beautiful experience. It can be aggressive on the track and so has another character -- a family sports car.

The event was handled very well. Not only did the driving stations allow journalists to understand the true performance of every model but there was a strong Porsche presence everywhere. It was a pleasure to experience this event. Even the breakfast, lunch and afternoon tea sets were presented in a splendid manner.

Besides the best Dirty Latte from Pacamara Coffee, one of the most interesting stations was the "Moose Test" which was all about Porsche Stability Management (PSM) that worked brilliantly. The "Braking And Slalom" station was also good, giving drivers a true understanding of stopping power and handling.

The event concluded with the "Race Track" station which I saved for last as it was the best part of the day. After all the training, it was time to drive these cars around a circuit.

The Porsche World Road Show is a great event for enthusiasts and when it returns to Thailand in 2024, make sure you are there! 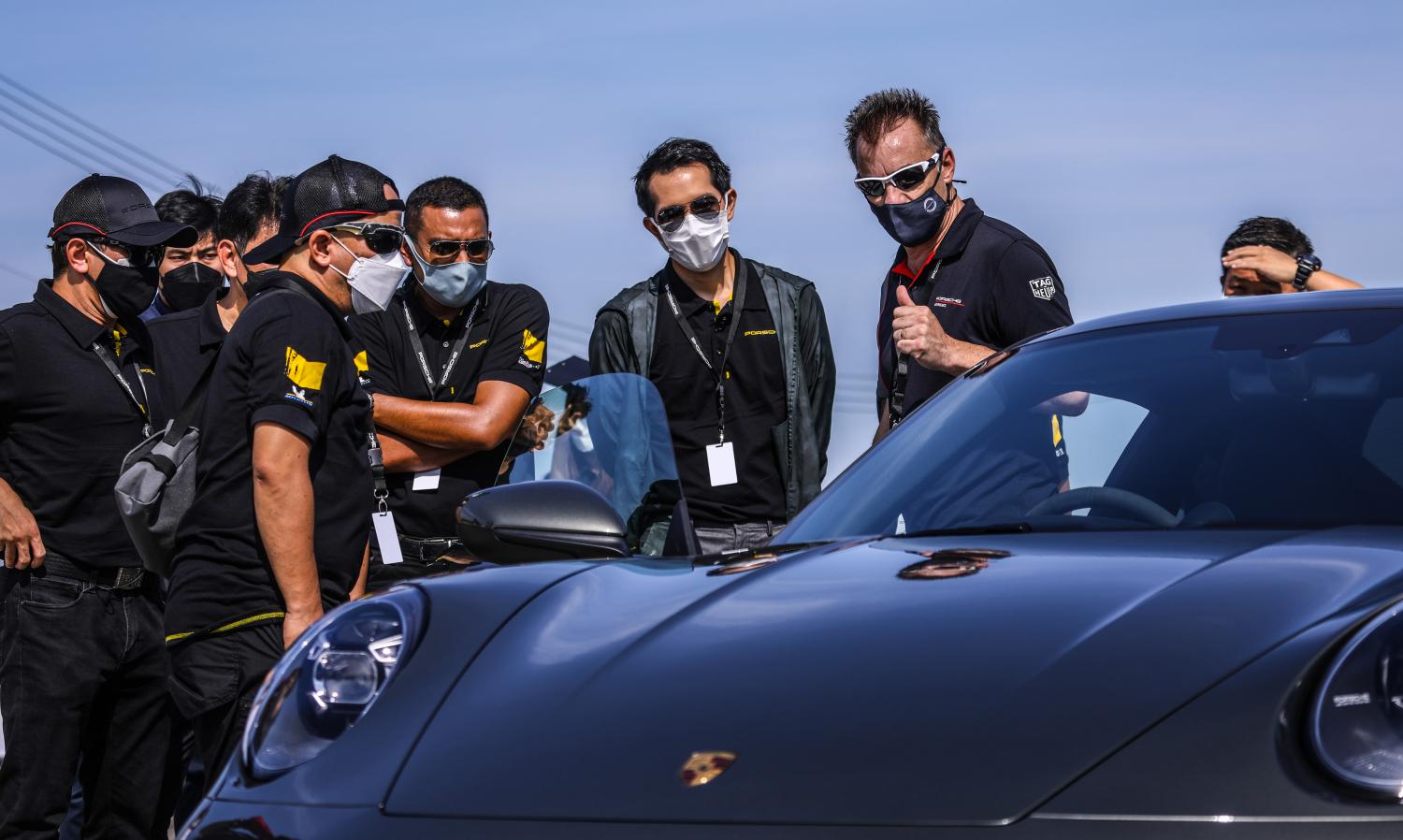 The New Macan GTS sits at the top of the range. Its 2.9-litre V6 bi-turbo engine now delivers 324kW (440PS) -- an increase of 44kW (60PS). With good responsiveness and power delivery typical of the Porsche GTS series, it can go from 0-100kph in 4.3 seconds when fitted with the Sport Chrono package and reaches a top speed of 272kph.

The base Macan, with affordable pricing, comes with a newly-developed, turbocharged four-cylinder engine with 195kW (265PS), and serves as the entry point to the Macan world. It completes the standard 0-100kph sprint in 6.2 seconds and can reach a top speed of 232kph. All engines are coupled to the seven-speed Porsche dual-clutch transmission (PDK) and fitted with the Porsche Traction Management (PTM) all-wheel-drive system. 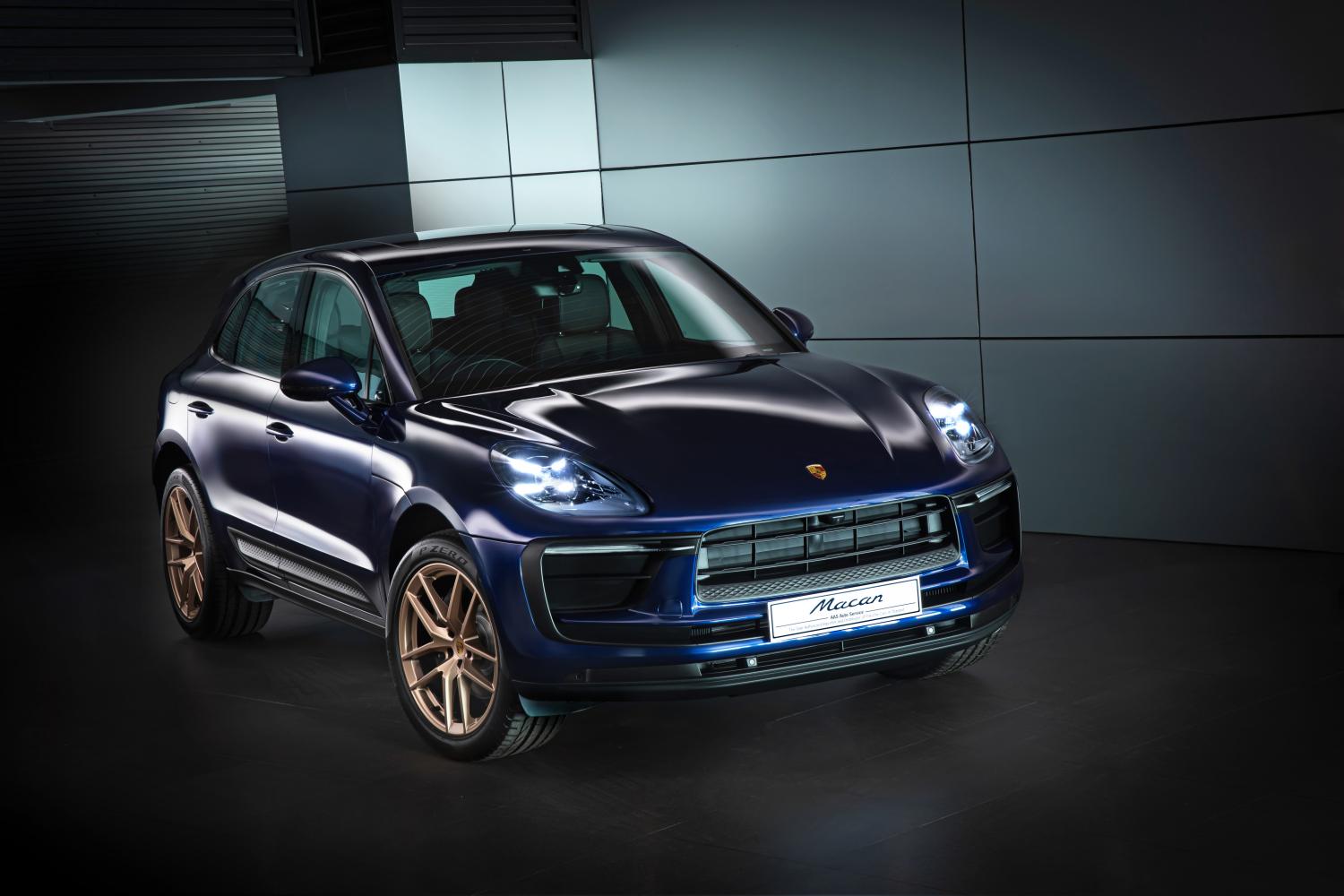 High engine performance should be accompanied by a good chassis design. Porsche claims that the new Macan now responds with even more sensitivity and directness to the driving situation and road conditions, offering better feedback through the steering wheel. The Porsche Active Suspension Management (PASM) has been recalibrated specifically for this model. However, it is available as an option for the base Macan and is standard for the S and GTS models.

The New Macan GTS now gets the sports air suspension, which lowers the body by 10mm. The suspension is 10% more rigid on the front axle and 15% firmer on the rear axle compared with its predecessor. There are 21in GT design wheels with performance tyres, Porsche Torque Vectoring Plus (PTV Plus) and the Sport Chrono package. 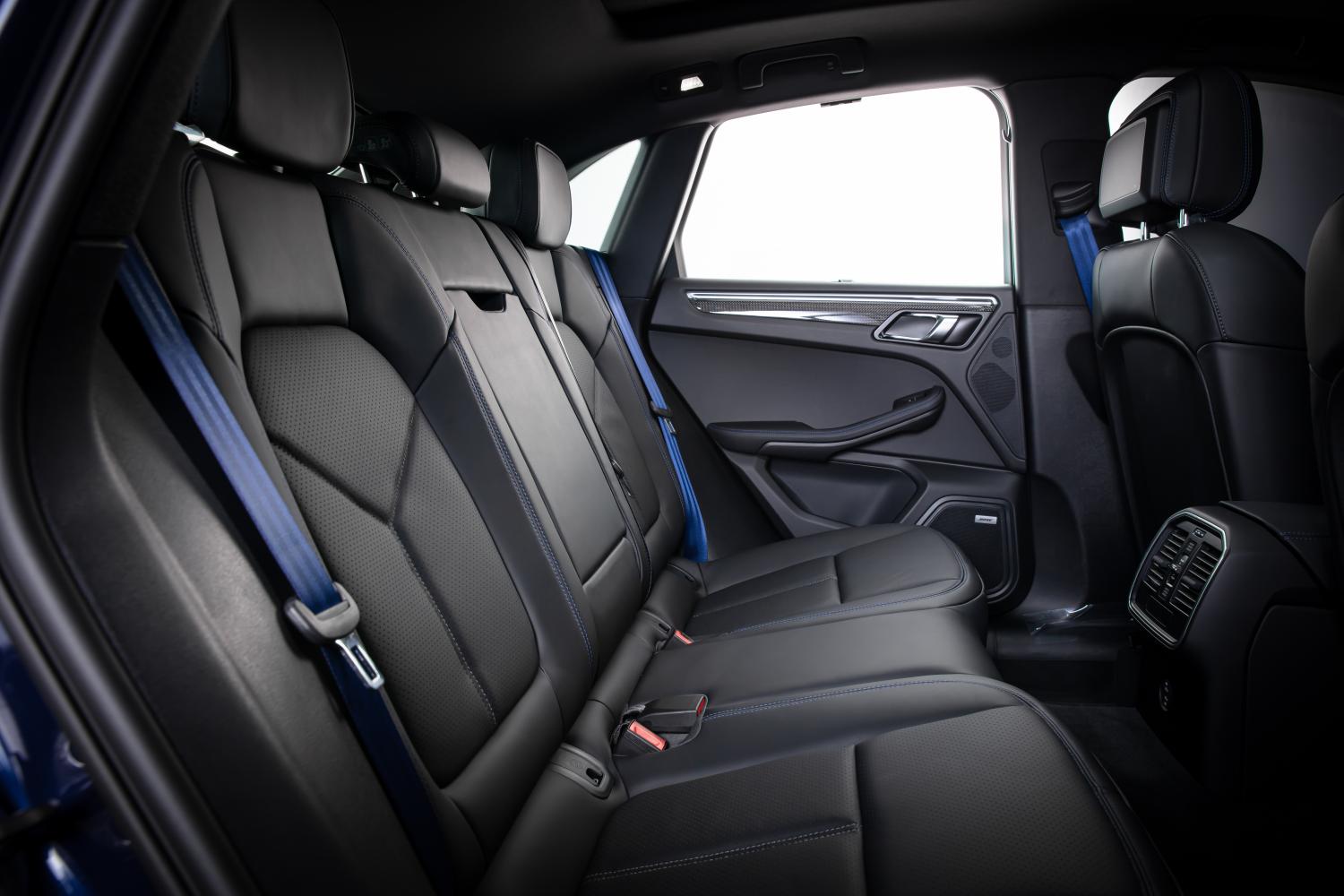 Among design changes are the nose with an inlay in the exterior colour that emphasises the Macan's width, giving a more imposing look on the road. The rear is now rounded off by a striking diffuser in a particularly technical design. The LED headlights with the Porsche Dynamic Light System (PDLS) and Sport Design exterior mirrors are now also standard on all models.

A total of 14 colours are available for the new Macan, including new ones like Papaya Metallic and Gentian Blue Metallic, as well as Python Green for the Macan GTS with the GTS Sport package. With its individual colour and "Paint-To-Sample" options, Porsche Exclusive Manufaktur has expanded the configuration freedom for the Macan customer. Larger wheels are also fitted as standard: they measure at least 19in for the Macan, 20in for the Macan S and 21in for the Macan GTS. A total of seven new wheel designs have also been added to the range for further customisation. 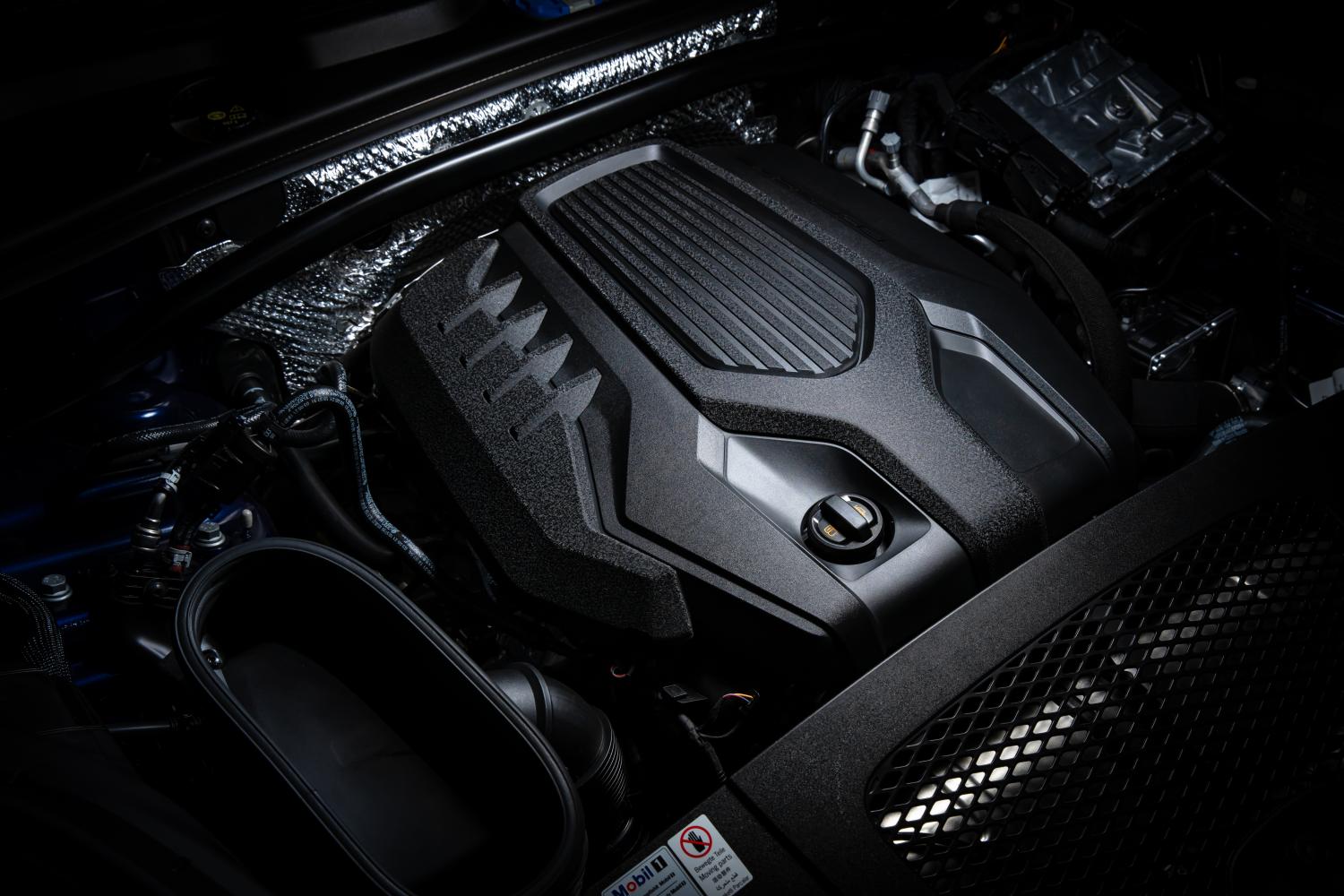 A new concept which makes use of touch surfaces instead of tactile buttons brings a clear structure to the cockpit. A new, shorter selector lever sits in the centre of the clearly-organised control module. The analogue clock at the top of the dashboard is now also standard equipment. A number of leather upholstery and contrasting seam packages in Gentian Blue, Papaya or Crayon are also available to add new colour highlights to the interior. Many online functions and services as standard can be controlled via the 10.9in full HD touch display of the Porsche Communication Management or by means of voice commands.

This is interesting -- the Macan adopts a new multifunction and GT Sport steering wheel from the 911. 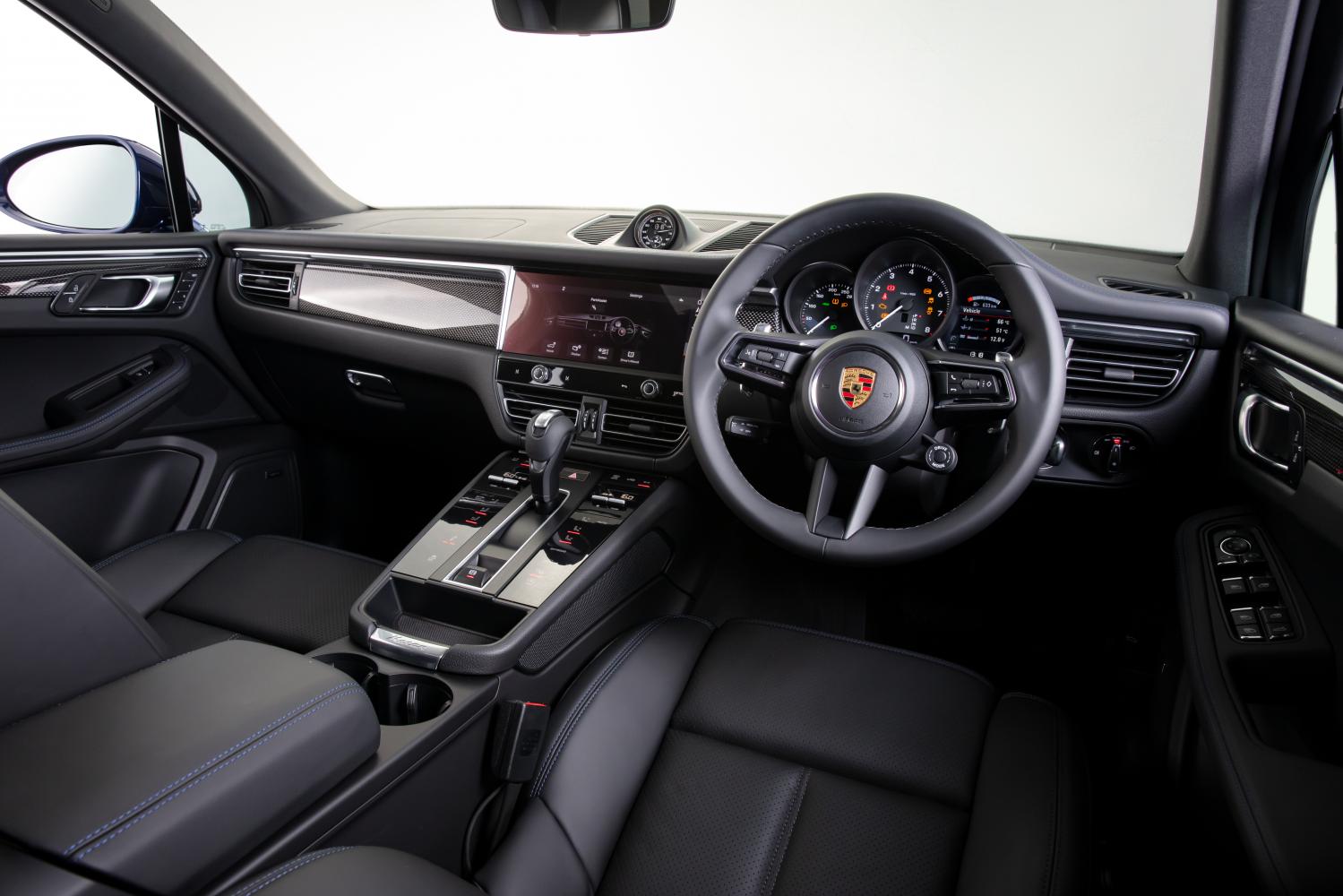 The lower price should help with Macan sales at a time when Porsche sales in Thailand are heading for a record year. Around 80% of all Macan buyers are new Porsche customers, and the number of women buying the Macan has risen consistently in recent years.