Chinese automaker Great Wall Motor (GWM) has been highly active in Thailand this year, launching a surprisingly large number of new models into the market.

After GWM staged the world premiere of the H6 Hybrid C-SUV at the Bangkok Motor Show in March before officially launching it domestically in June, it went on to energise the local electric car market with the introduction of the ORA Good Cat EV.

The third product from GWM is the Haval Jolion HEV, introduced in yet another world premiere event.

The Jolion hybrid is categorised as a B-SUV and is priced from 879,000 baht to 999,000 baht for three trim levels offered in Thailand. 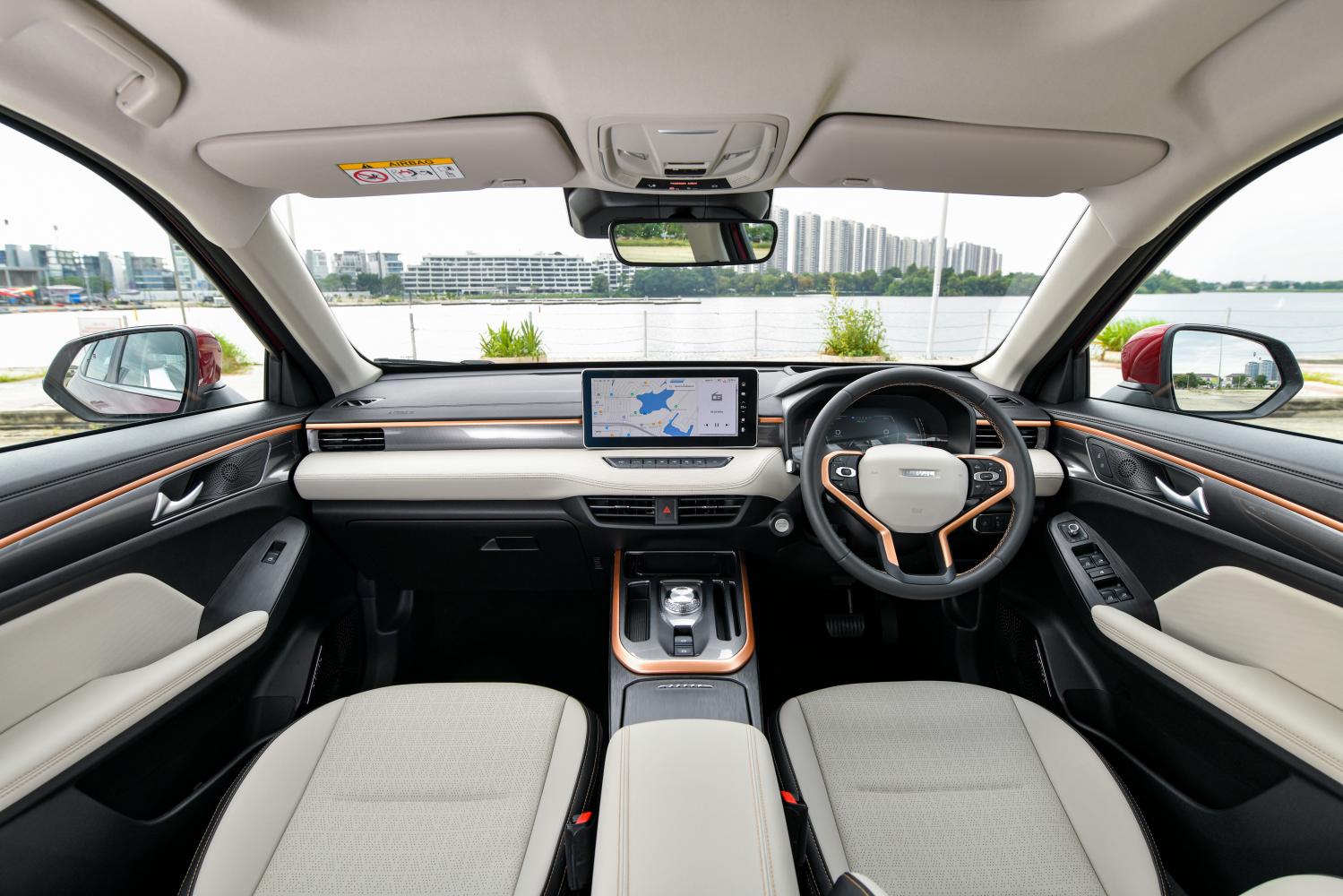 Sitting at the top of the Jolion hybrid line-up is the Ultra that comes with a game-changing number of features, many of which have not been offered in the B-SUV market before.

The Jolion hybrid is assembled at GWM's Rayong plant (purchased from General Motors) along with the larger H6 hybrid. Both models are built on the GWM Lemon platform, which, according to GWM, "is a highly intelligent modular technology platform that boasts the advantages as follows: flexibility, high performance, high safety, and lightweight".

The Jolion hybrid is also larger than competitors in the B-SUV segment, with a length of 4,472mm and width of 1,841mm as well as a wheelbase of 2,700mm. 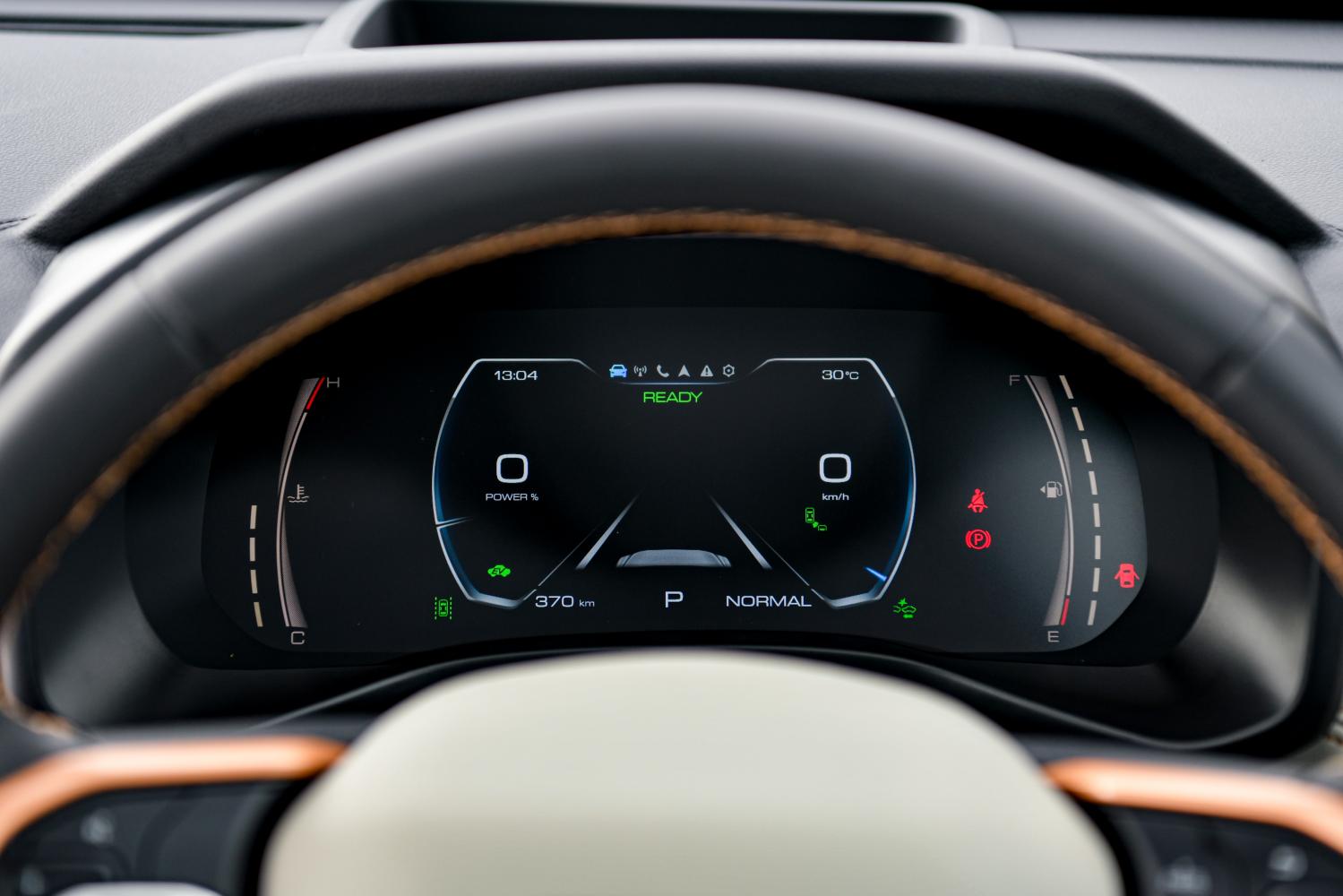 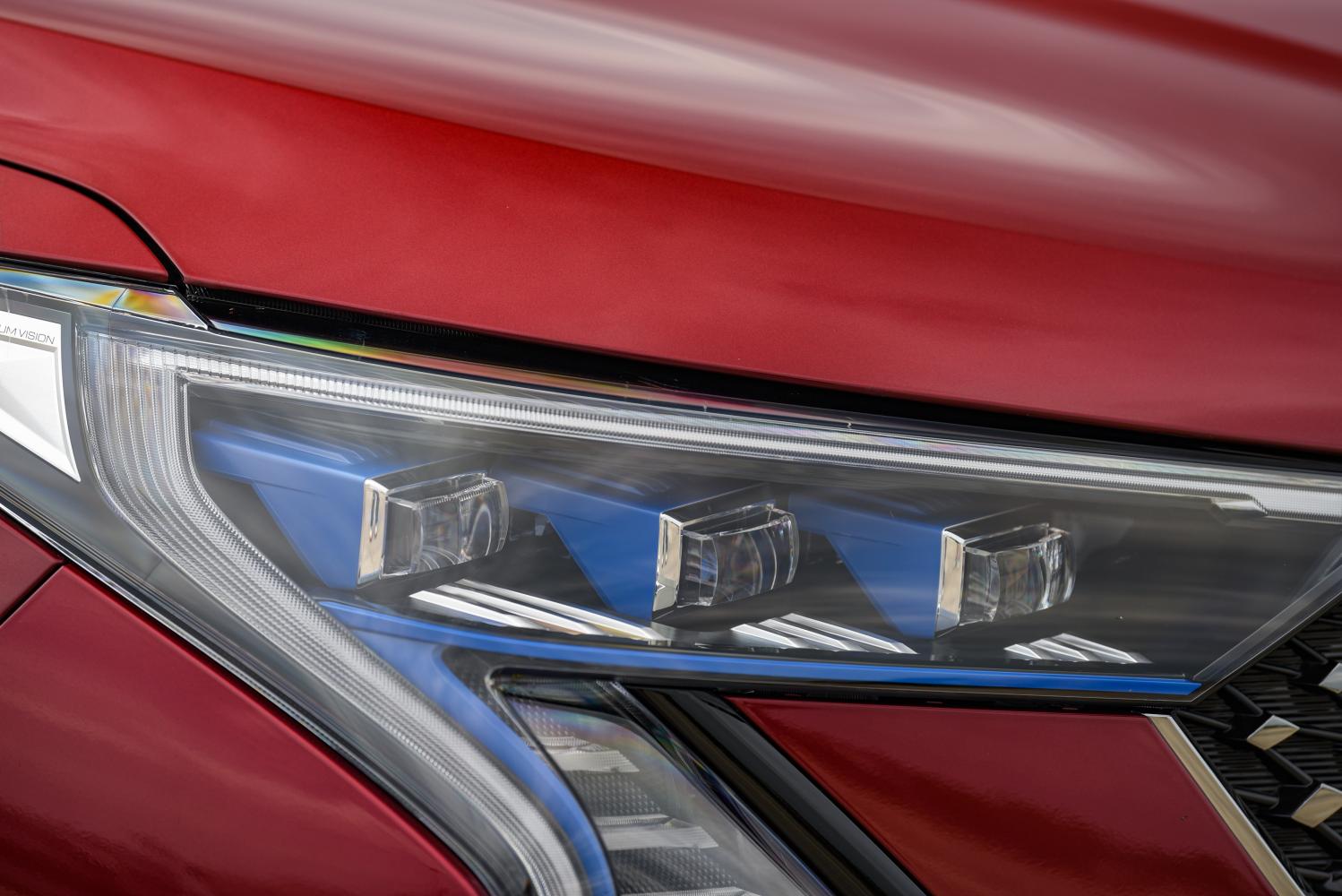 The exterior design gets European treatment that gives it a pretty good appearance. Design director Christopher Zarlenga says the design of the Jolion is inspired by a "group of skater boys on the street", resulting in the "Joy Life On" concept for global users.

While the front end of the Jolion Hybrid has been redone for the global market and bears some similarities to European brands, particularly Peugeot, it does look attractive and calls for attention with the extra-large LED daytime running lights.

The side profile also stands out, posing a design that reminds you of premium European cars, with chrome garnish on the window frames and doors.

The large panoramic sunroof has become synonymous with Chinese cars (thanks to MG) and the Jolion hybrid also gets it, along with roof rails, shark fin antenna and rear spoiler.

The raked rear windscreen offers a sporty look while the tails lights are also LED. The rear skirt has pretty good detailing, but one wonders whether those air diffusors actually do anything considering the speeds at which the Jolion hybrid can be driven.

Many will be impressed with the interior of the Jolion hybrid, although it's not all good. The amount of soft touch area is generous, but many areas in the cabin still come with cheap plastic that is common in this segment.

Nevertheless, one can't help indulge in the nice environment the Jolion hybrid's cabin offers, with lots of space and a mix of various colours including champagne gold in the Ultra model (which looks cheesy rather than luxurious in my point of view). What everyone will appreciate is the fully-digital 7-inch instrument panel and 12.3-inch touchscreen that are both hi-res.

The driver also gets ventilated seat that helps during hot summer days, while the rear seat backrest is split-foldable.

The soft-touch console features fashion-grade PVC that is nice to touch, although the stitching on the door panels is fake, compared to real stitching on the front console. The centre console features a wireless phone charger and has a "floating design" that is usually associated with European cars (such as Volvo), providing extra storage space and two USB-A ports. The rear passenger area also gets air vents and two more USB ports. 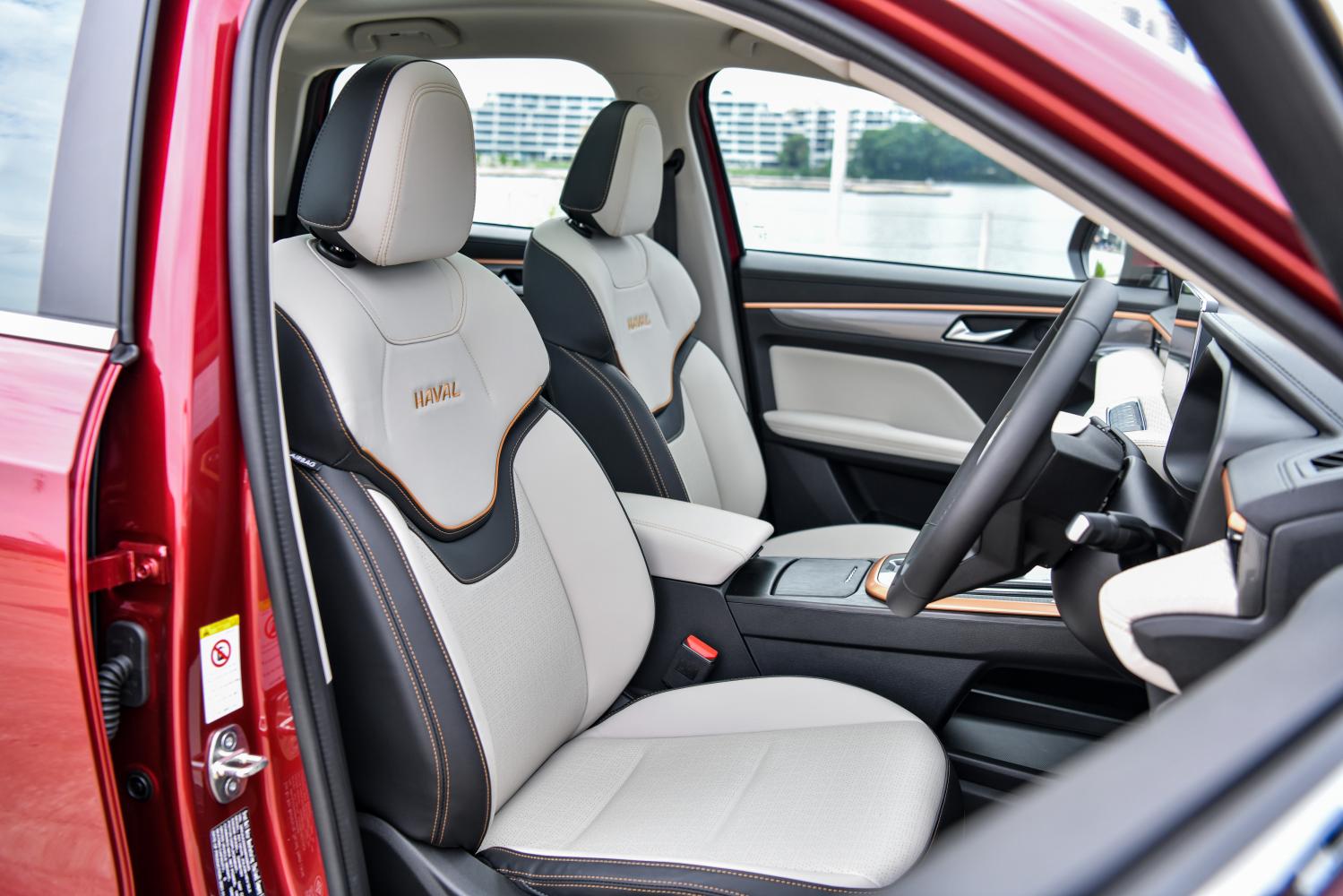 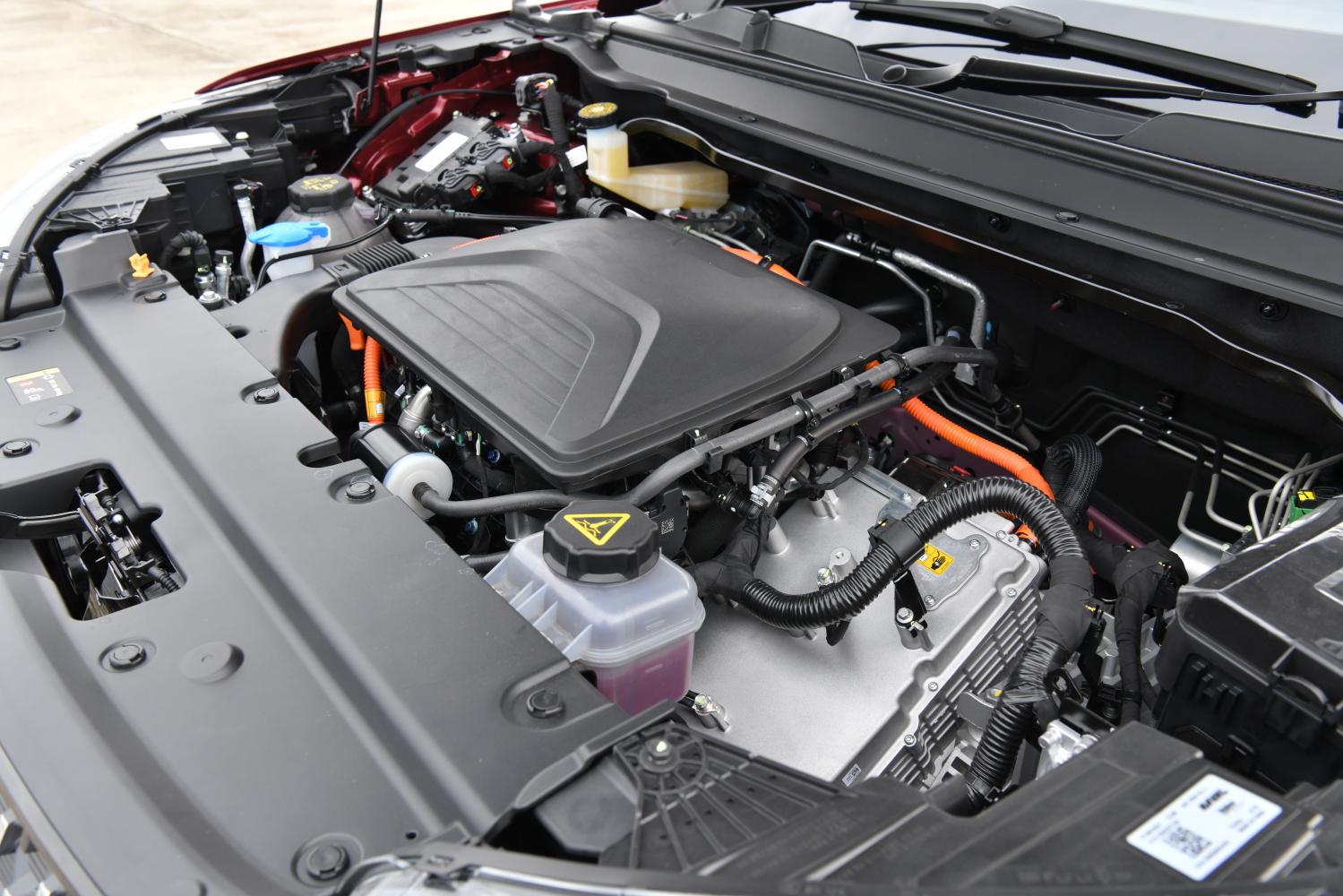 The hybrid system in the Jolion is comprised of a 1.5-litre internal combustion engine and an electric motor delivering a claimed output of 190hp and up to 325Nm of torque. Power goes through a DHT (Dedicated Hybrid Transmission) featuring an elegant bezel gear selector like the ones you find in Land Rover/Range Rover vehicles.

While the system does provide satisfactory acceleration, with 0-100kph taking roughly 10 seconds, the top speed is limited at 155kph which is usually the range for electric cars rather than hybrids.

The real benefit is the fuel economy, which is claimed at 23.8kpl. The Jolion hybrid comes with a small lithium battery that automatically provides the vehicle with EV operation whenever possible (with single pedal driving mode), which is ideal for low-speed driving in the city.

The Jolion is in no way boring to drive, thanks to a well-tuned suspension. The front strut and rear torsion beam suspension comes with stabilisers both front and rear, giving the Jolion hybrid a smooth ride as well as cornering performance.

Being a hybrid, the braking system also comes with a regenerative energy system, which usually spoils the pedal feel, so it's important to select the right amount of regeneration to suit your preference.

Despite its highly competitive pricing, the Jolion comes fully loaded with advanced features that will draw in many customers to this new Chinese brand.

For example the Jolion hybrid comes with a 360-degree video camera and an intelligent parking assist system that is usually found in luxury vehicles (as well as the long-gone Ford Focus) that works both ways (perpendicular and parallel). The procedure does take time, but will benefit drivers who have difficulty parking in tight spots, and there's a lot of them here.

Considering all the impressive features that has been packed inside the Jolion hybrid, it is surprising that a simple powered tailgate with kick gesture isn't offered. Perhaps leaving room for something to throw in the minor change version in a few years? 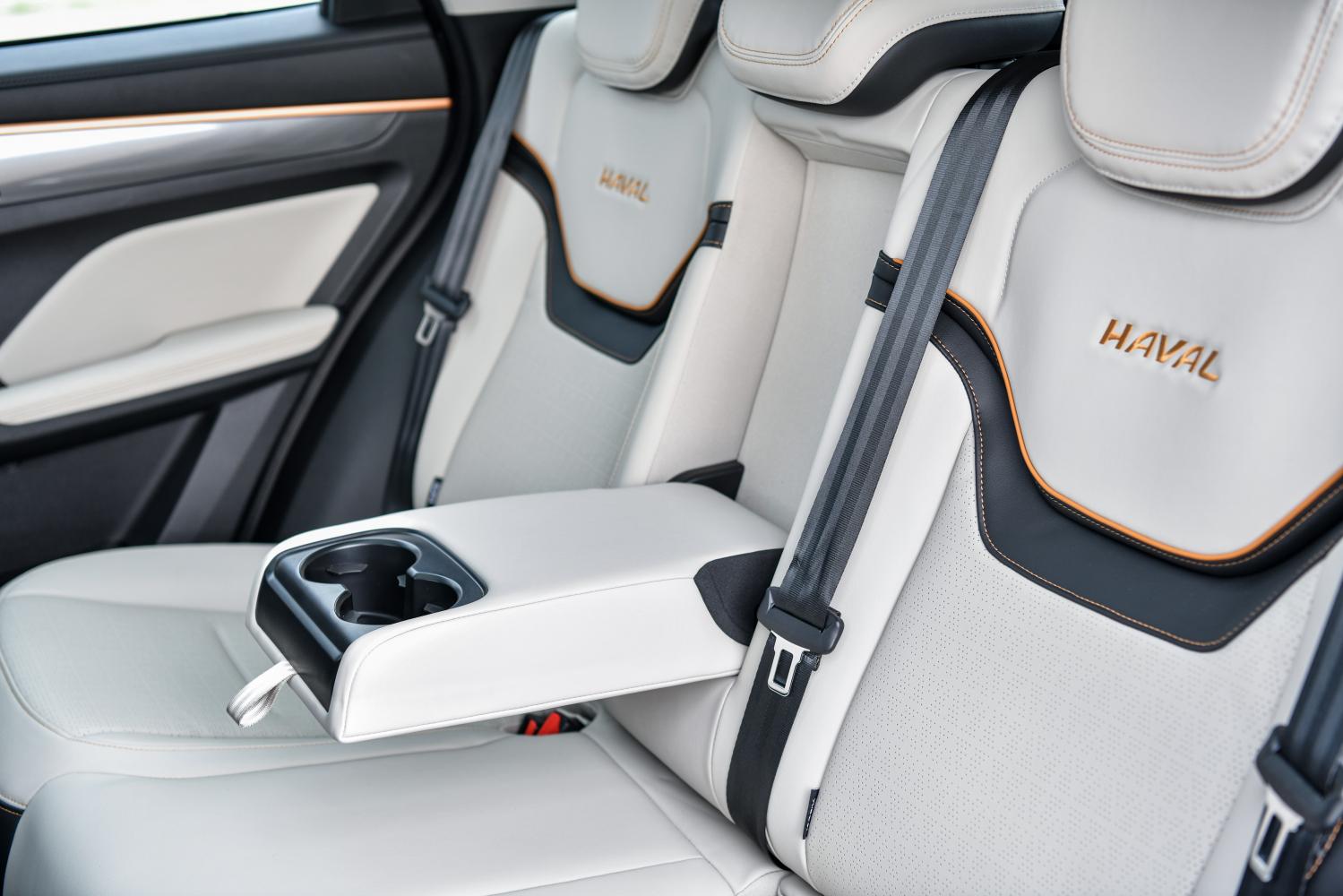 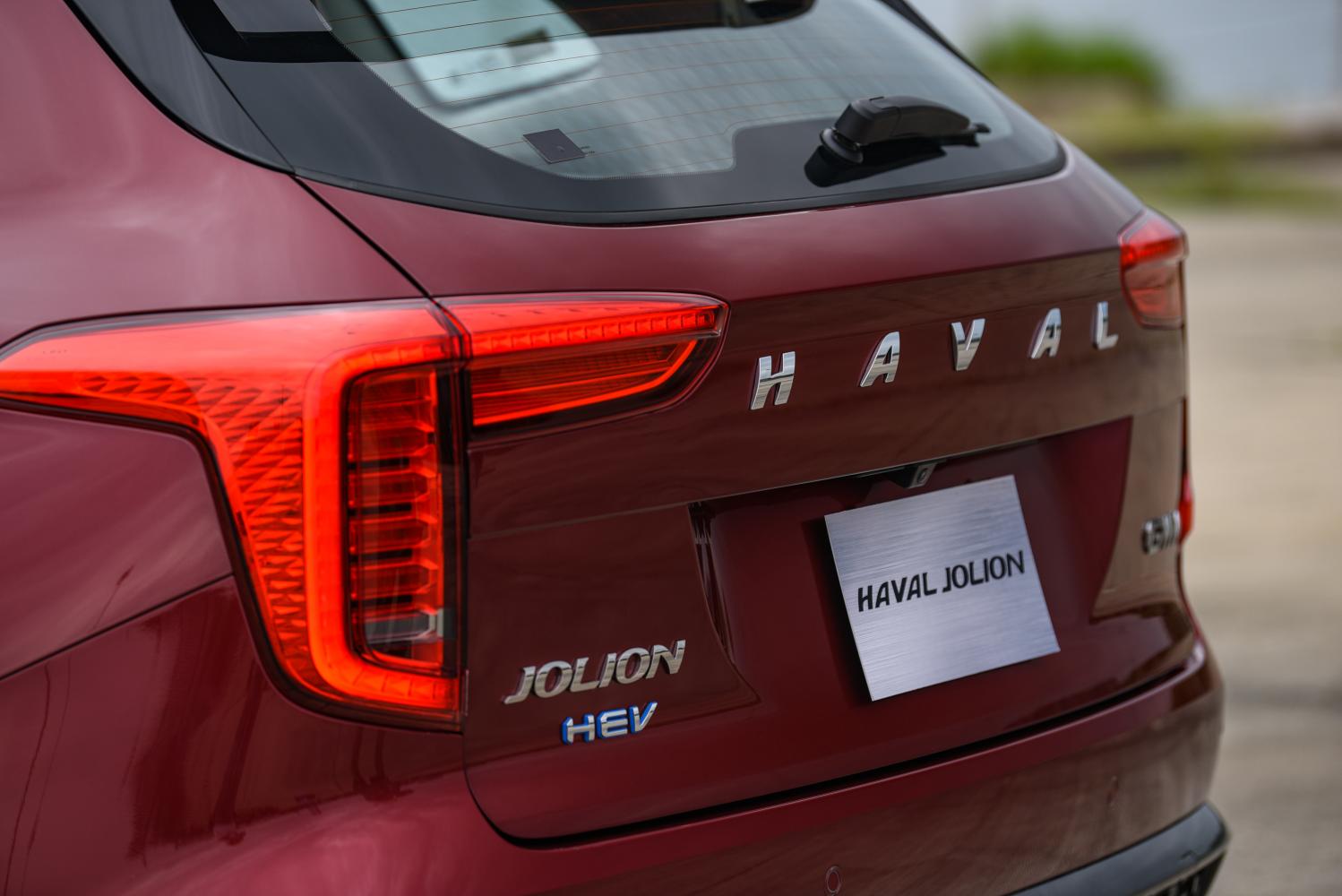 The Haval Jolion hybrid is definitely a game-changer in the B-SUV segment, offering elegant design along with a new benchmark in terms of equipment level. You get decent performance and fuel economy too, but the brand still has many things to build on in the years to come, such as after-sales capability as well as real-world reliability that the Japanese brands have already established. 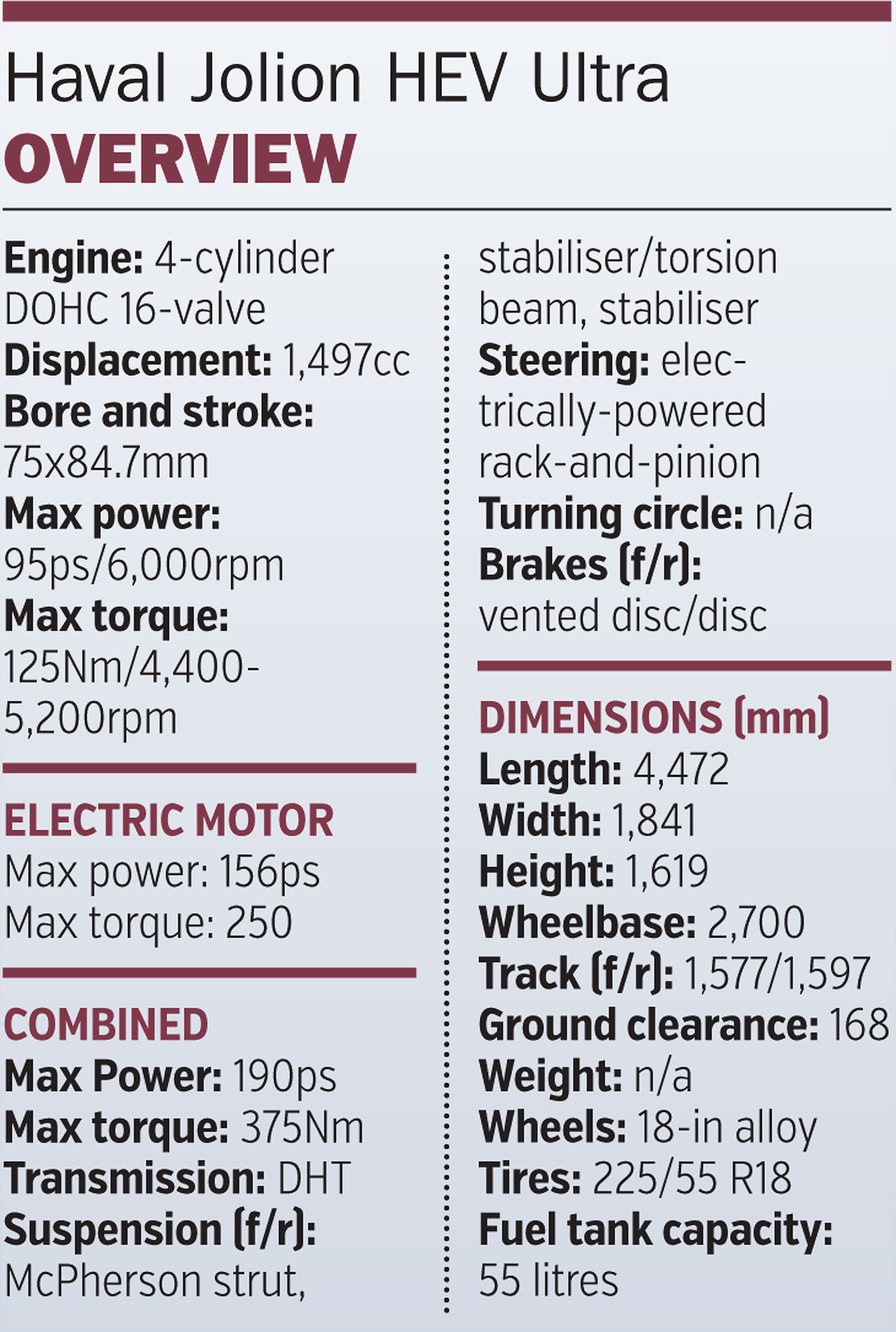 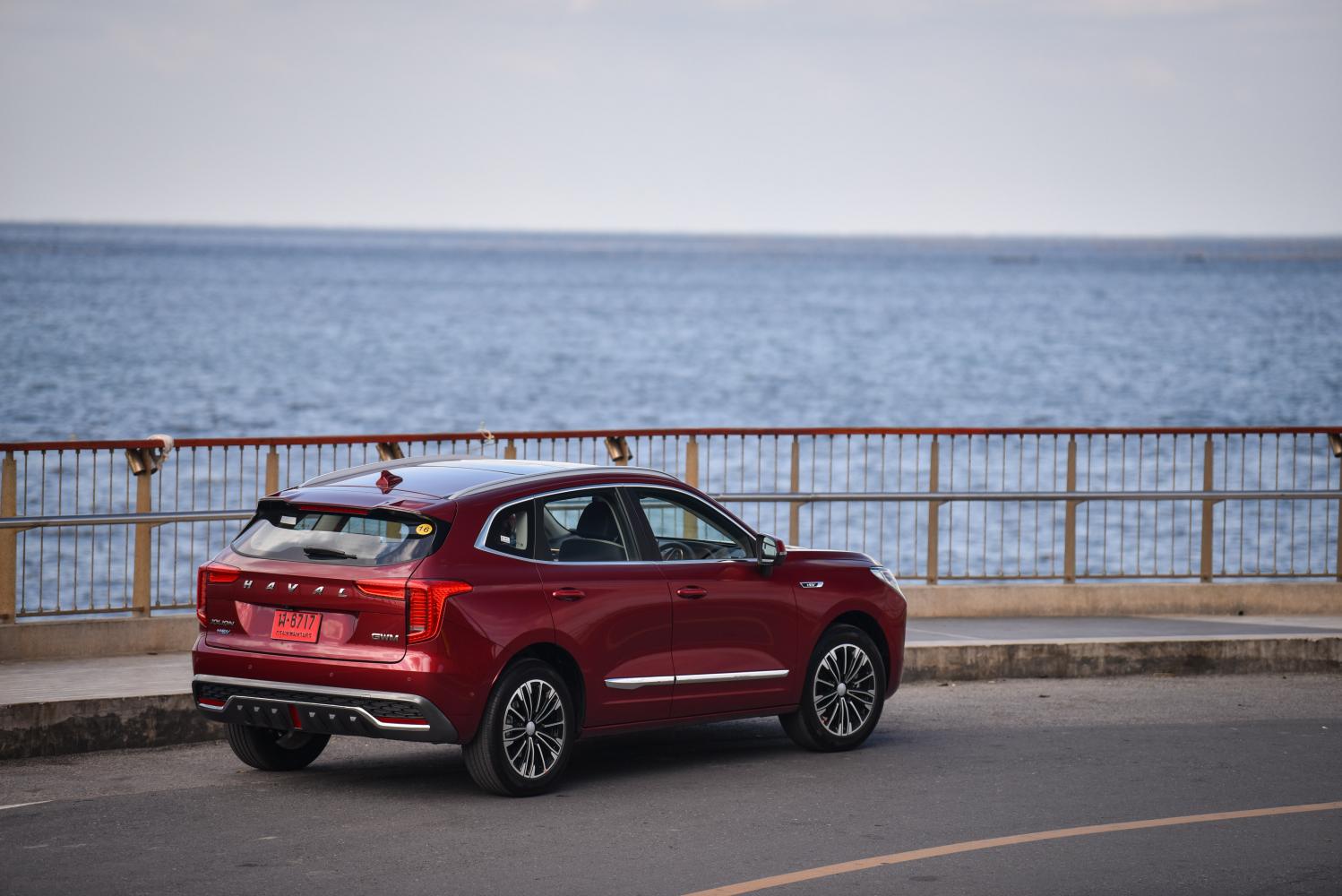 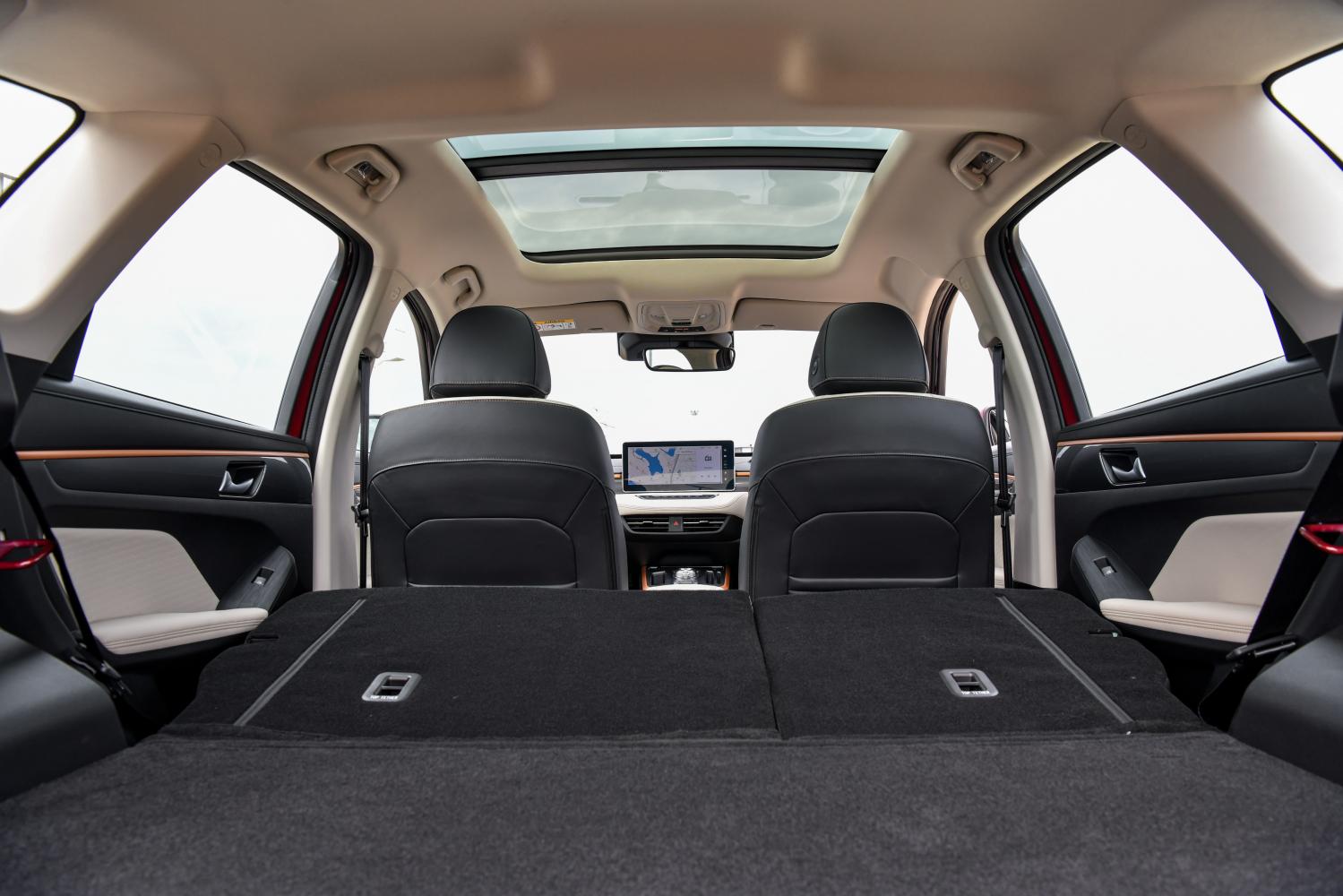