Honda is hoping to maintain its leading position in the subcompact crossover market with its new HR-V, which is now offered only in hybrid form.

It's a bold move by the Japanese manufacturer, and according to a Honda spokesperson, the company may lose customers who prefer an internal combustion engine over the hybrid powertrain.

However, she said Honda has a clear corporate goal towards zero-emission vehicles, and the new HR-V does reflect this policy.

One of the main reasons for customers asking for an internal combustion engine (possibly with a turbocharger) could be the engine output. Previously in Thailand, the HR-V came with a 1.8-litre petrol engine producing 141hp and 172Nm.

With the 2022 HR-V Hybrid, the 1.5-litre i-VTEC engine acts as a range extender most of the time, driving the motor generator (the 107hp engine gets to drive the front wheels only when coasting). The second motor serves as a drive motor and is capable of producing 131hp and 253Nm.

Despite the 10hp sacrifice, there is a huge torque increase courtesy of the electric motor. Honda claims 0-100kph acceleration in 10.6secs and a top speed of 170kph.

Meanwhile, the fuel economy, which is where hybrid systems show off its real benefits, is claimed at 25.6kpl with an average CO2 emission of below 100g/km. Note that the Hybrid is capable of running up to E20 compared to the previous gen's E85 compatibility. 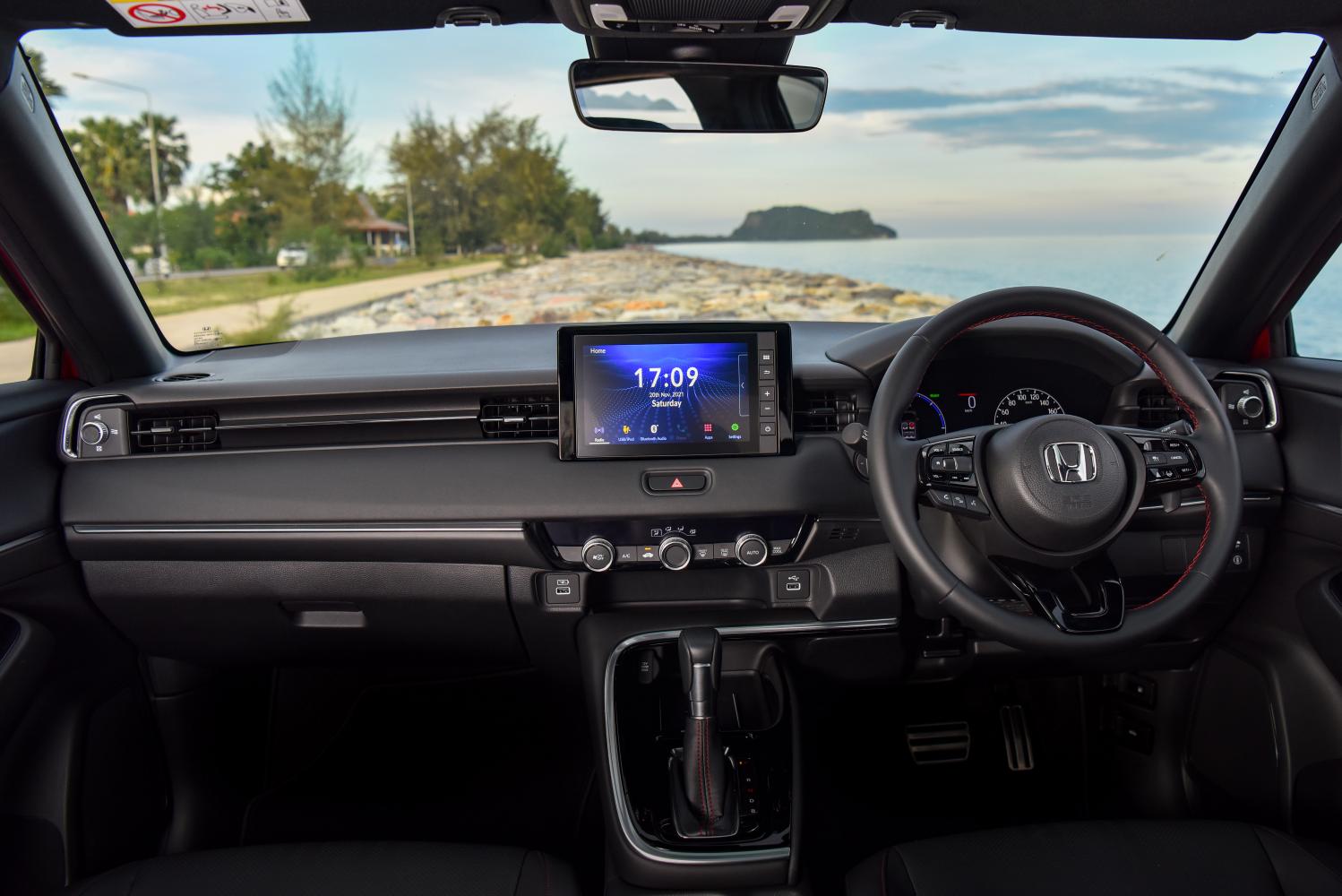 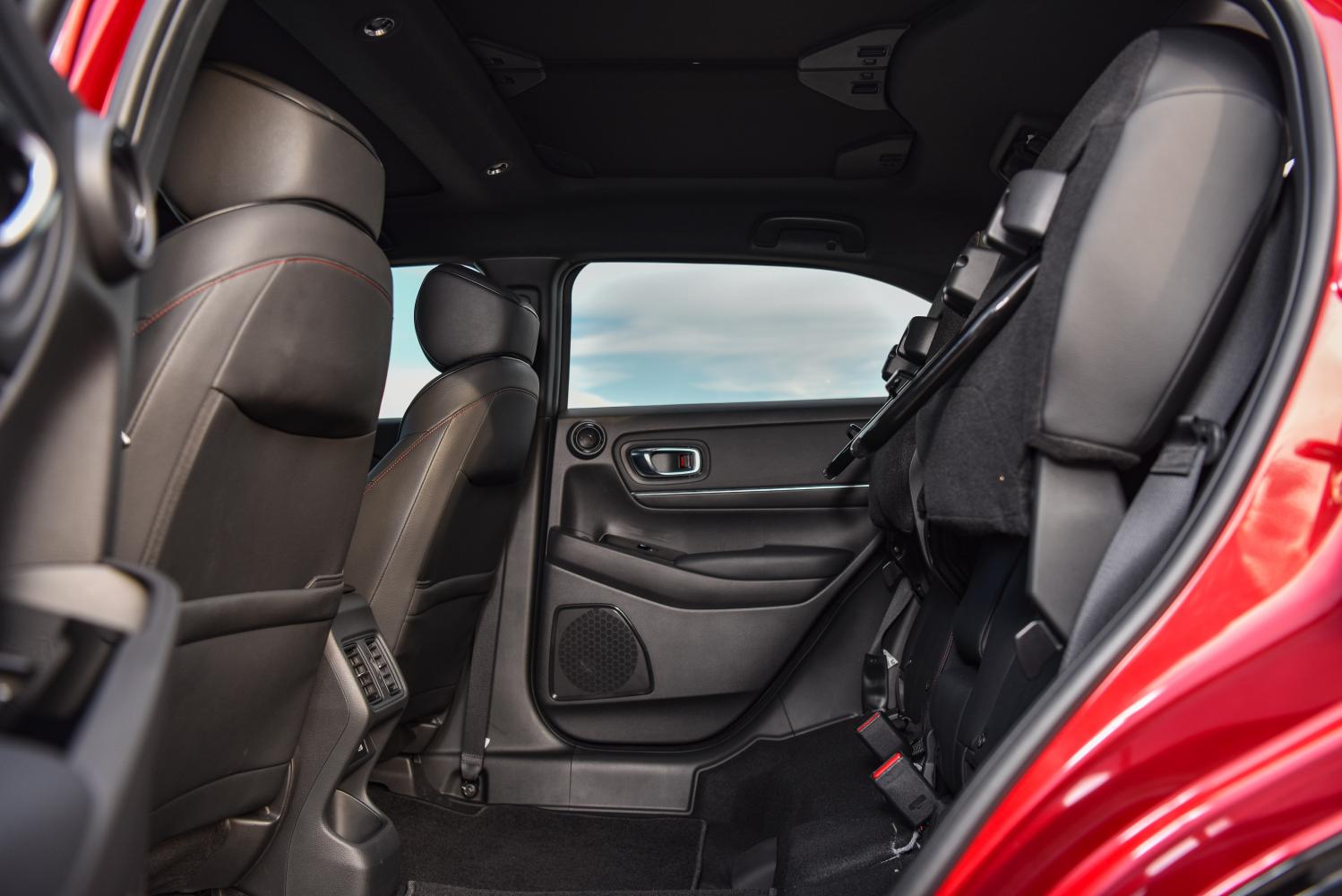 According to Honda, the hybrid system in the HR-V has been taken from the City Hybrid that was introduced last year. However, the size of the lithium-ion battery pack has been increased from 48 to 60 cells to offer higher voltage and electric motor output.

The e-CVT (Continuously Variable Transmission) in the HR-V Hybrid also has lower gear ratios in order to take up the extra weight compared to the City Hybrid (180kg difference). Shifting into B mode allows the driver to select various levels of regenerative braking through the paddles behind the steering wheel.

As with regenerative braking systems, there are some setbacks such as the dull pedal feel, which is something hybrid owners need to get used to.

There are basically three driving modes, which is constantly chosen by the electronic control unit. The larger battery allows the HR-V Hybrid to switch into EV drive mode from lower speeds in the city. Meanwhile, the hybrid drive mode kicks in to provide continuous power and torque. Meanwhile, the engine drive mode is automatically selected when cruising at constant speeds to minimise energy consumption.

While the HR-V Hybrid's EV mode provides occupants with noise-free motoring, the i-VTEC engine can be noisy as it shoots into high revs, which is a normal characteristic of series hybrid systems. 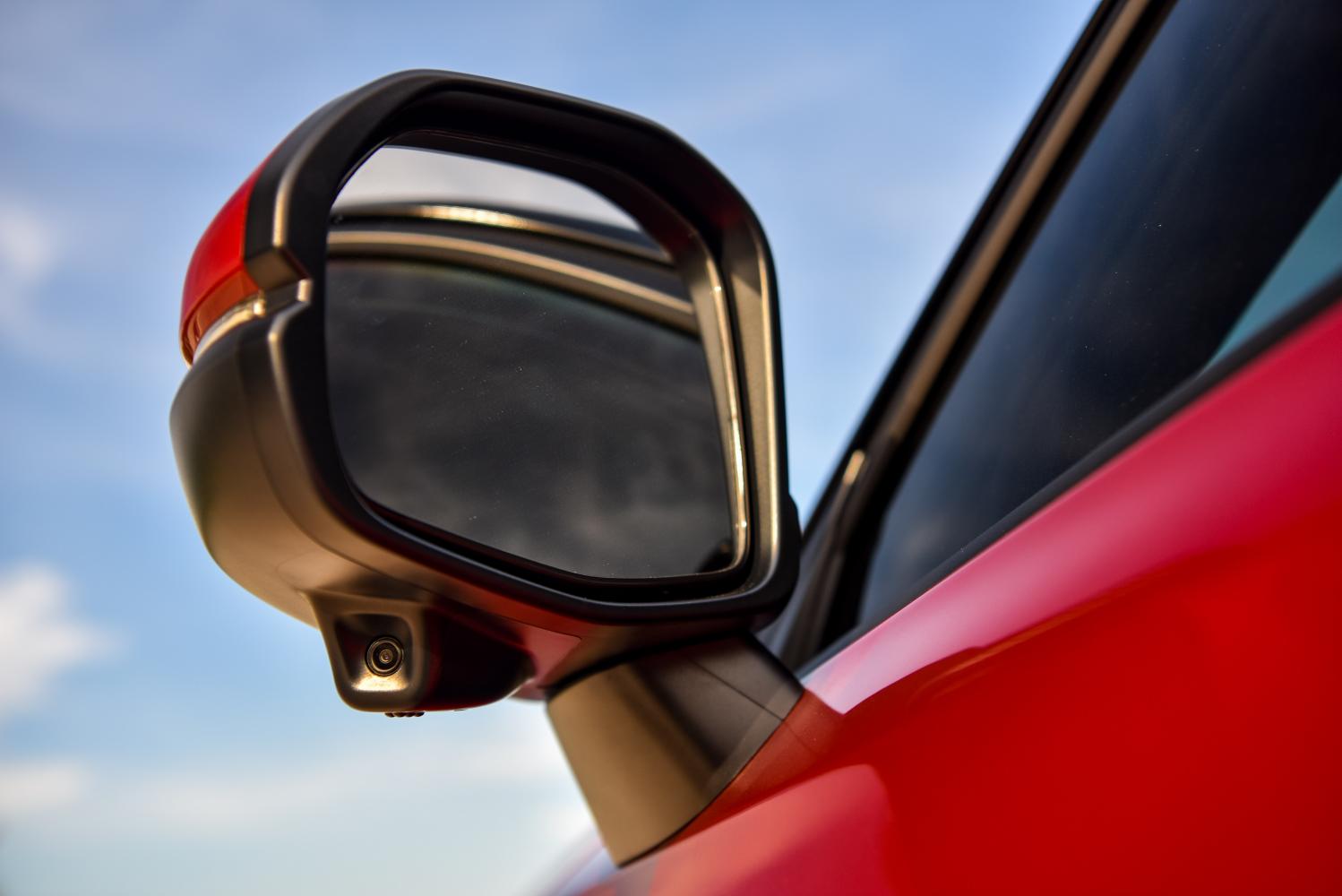 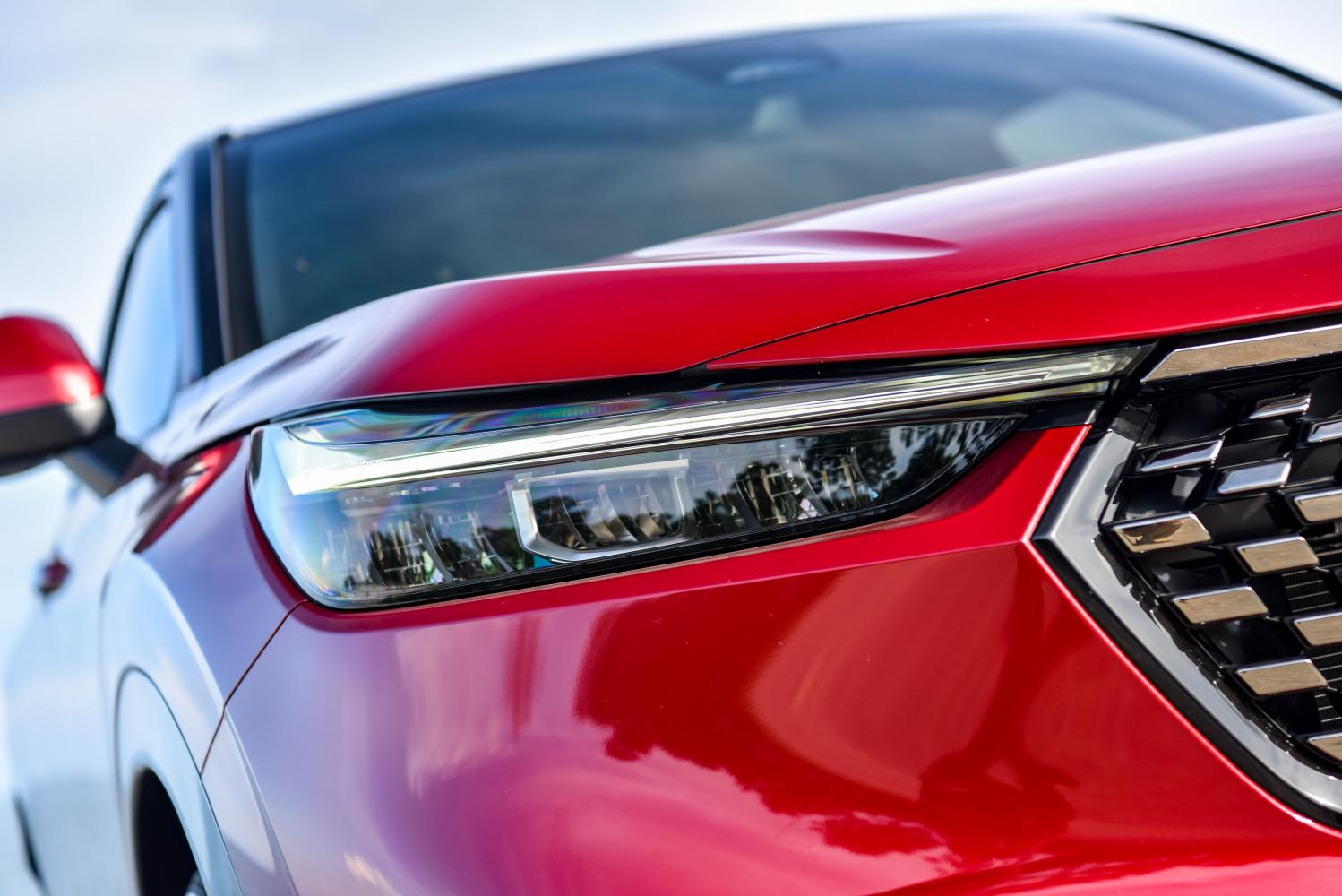 The HR-V Hybrid is based on the Honda's "Global Small Platform", which has been updated for improved rigidity and less weight.

The suspension, with struts and stabiliser up front and torsion beam at the rear, gets revised spring rates and offers decent ride quality that's accompanied by improved steering precision and more linear feel from the variable steering system. The top RS version reviewed here came with 18-inch wheels mated to 225/50 tyres.

From the outside, the three trims can be easily distinguished as they come with different front grilles. While the RS gets a 3D chrome treatment, the EL's grille is body-coloured and the E gets a simple black front grille. 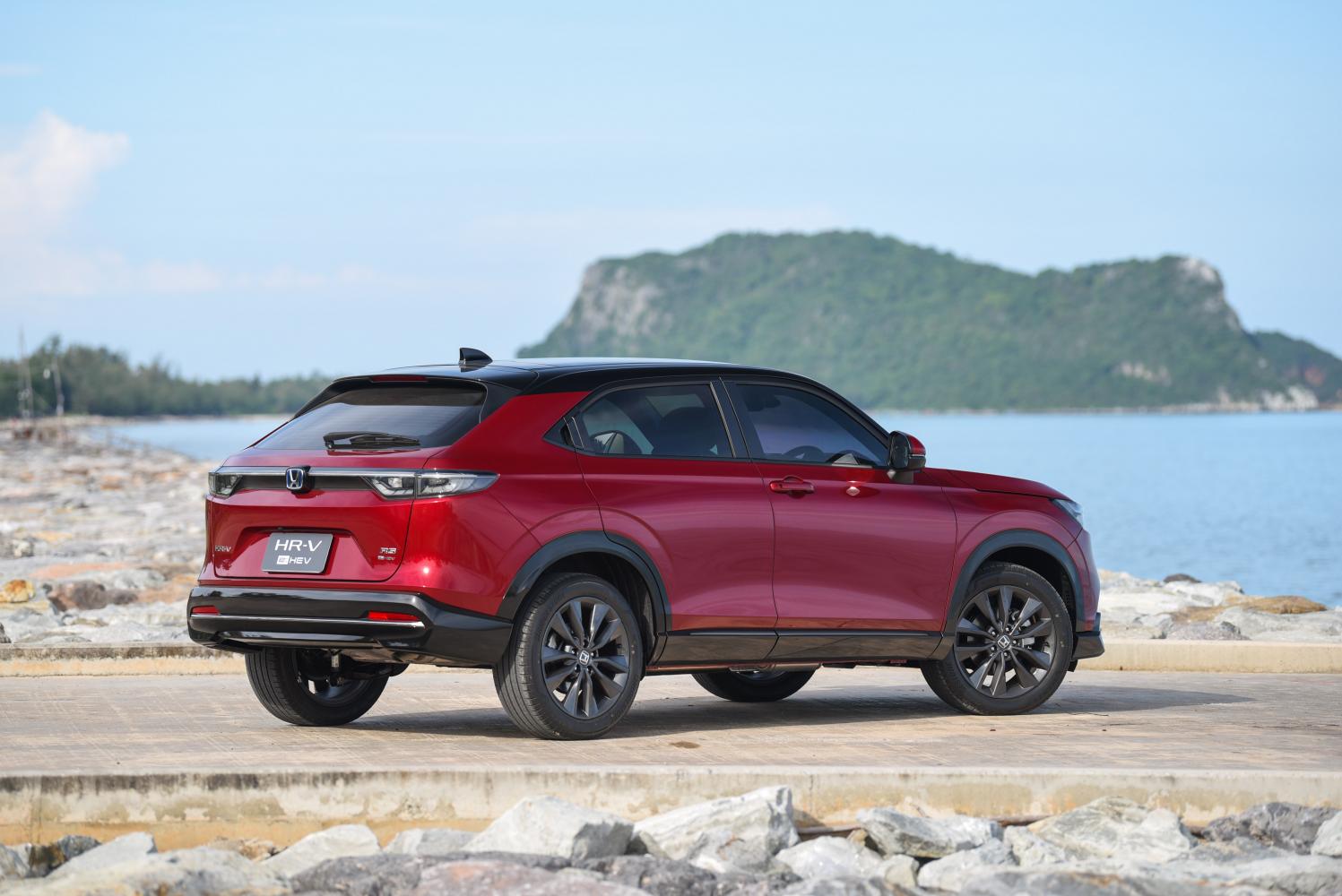 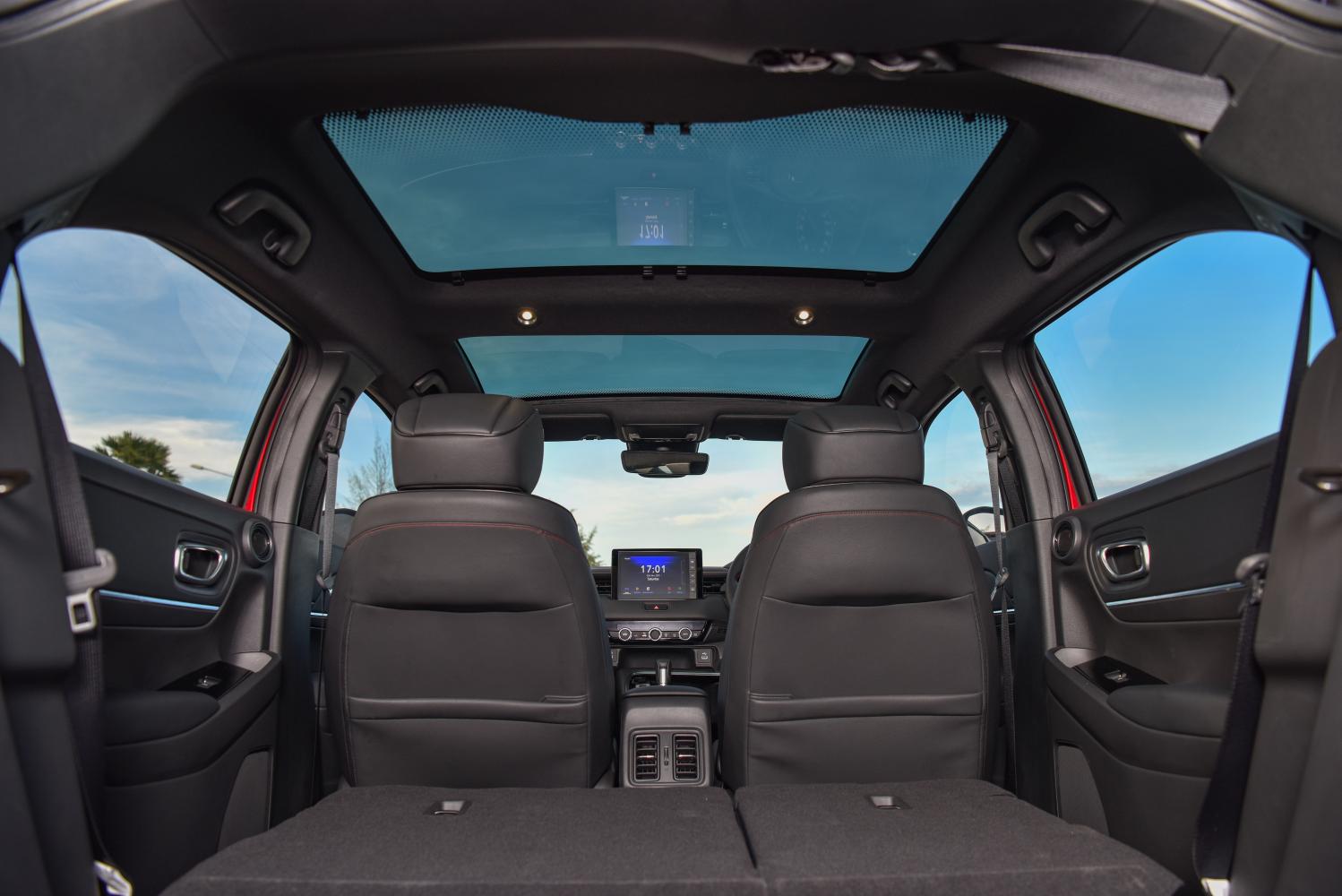 Exterior highlights include LED lighting both front and rear, where an LED strip connects the left and right indicator lights. The RS trim gets additional treatment such as the "Amp Up" graphic on the front bumper, panoramic glass roof, sequential indicator lights and special "Ignite Red" exterior colour with black roof.

Step inside and most will be happy with the high-quality cabin of the HR-V Hybrid. There's a good amount of soft touch materials on the front console and door panels that do give a premium feel. However, they are not offered in the rear, coming instead with hard plastics.

Nevertheless, the rear passengers do get 35mm extra legroom compared to the outgoing model, along with air vents and two USB ports. 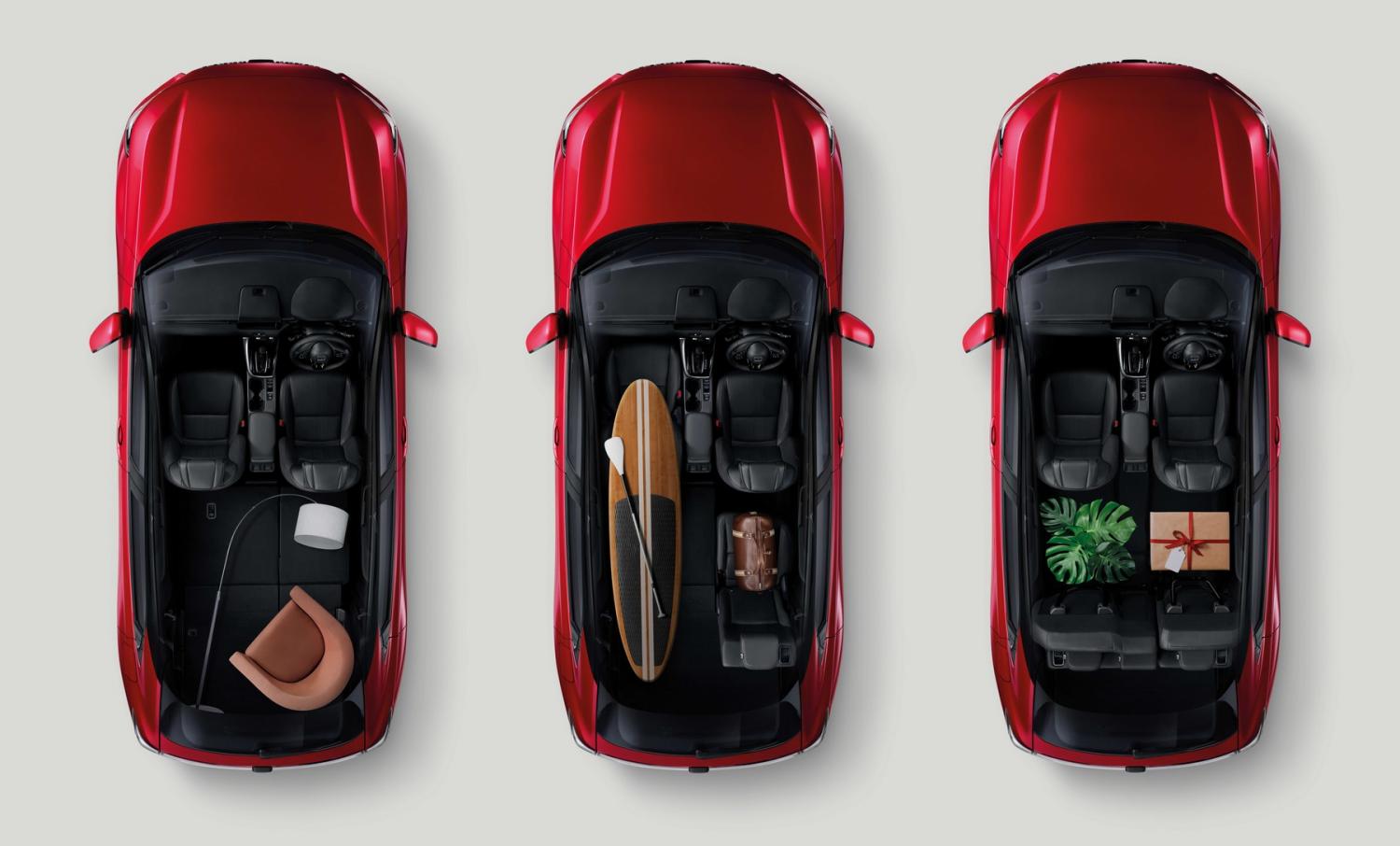 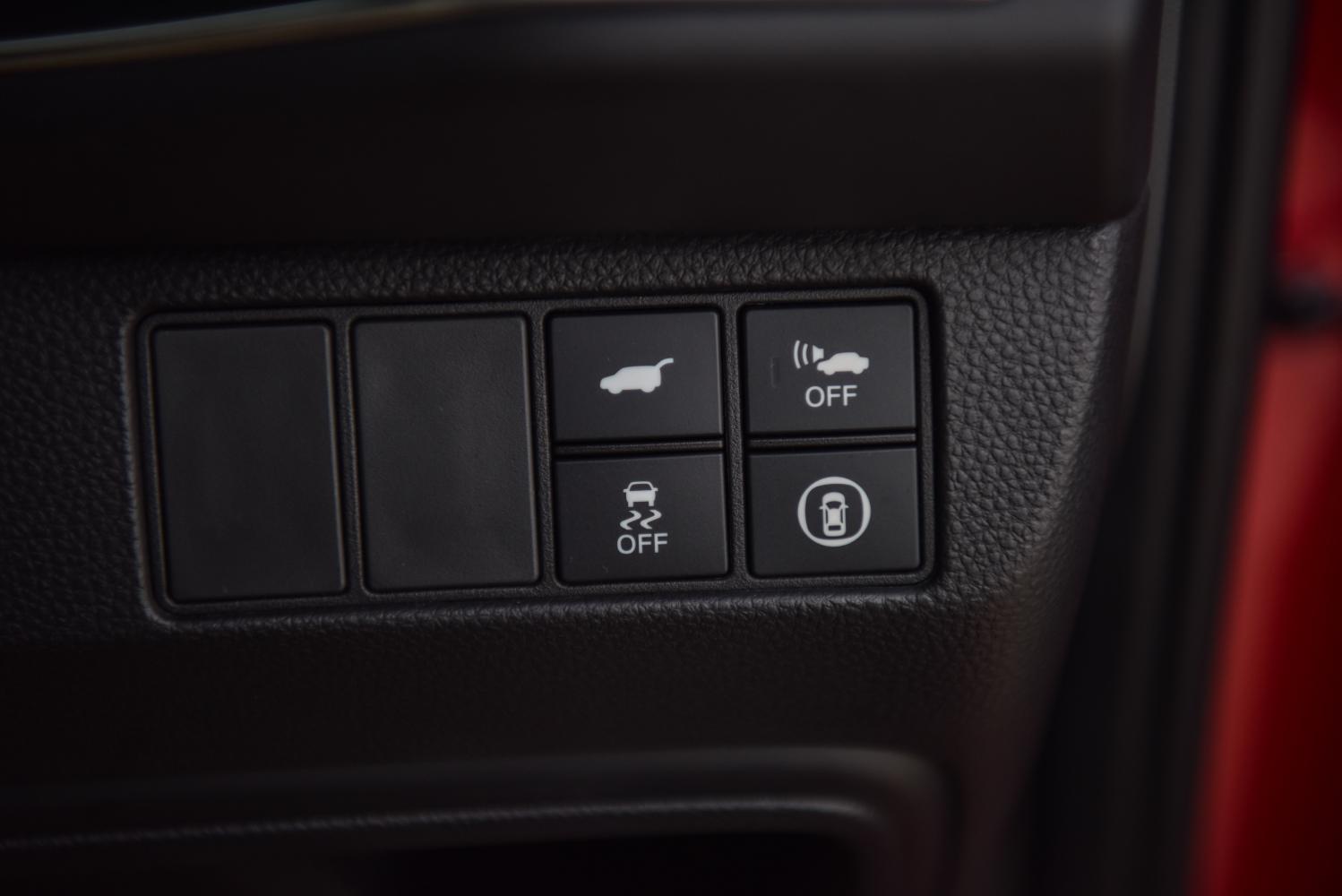 The glass roof does not come with a powered sunblind (due to the low roof design), and although those in the rear can be removed manually, there is no place to store them. Seems like Honda has run into a dead end here.

The instrument panel features a 7-inch TFT colour display that shows you the power flow as well as other information, while the 8-inch colour touchscreen comes with Apple Carplay/Android Auto and Honda CONNECT.

A driver's seat with power adjustment is offered only in the RS trim, which also includes a wireless phone charger, luggage cover and touch control rear reading lights.

The controls for the single-zone air-conditioning system provide a high-quality feel while the vents feature an air diffusor function giving the cabin a pleasant atmosphere.

In terms of versatility and storage space, the HR-V Hybrid does pretty well. The 320 litre cargo space (including sub trunk and luggage floor box) can be increased to 1,290 litres with the rear seats folded flat. The rear seats can also be configured in three different positions to increase loading possibilities.

The powered tailgate does not come only with kick gesture, but also features a walk-away close function that's convenient to use.

The new HR-V Hybrid continues Honda's philosophy of offering a good level of luxury with up-to-date technologies, improved fuel economy and usable versatility. Although there is a high premium to pay for a compact crossover that doesn't have the longest list of equipment in the market, the Honda HR-V Hybrid does deliver what it promises.